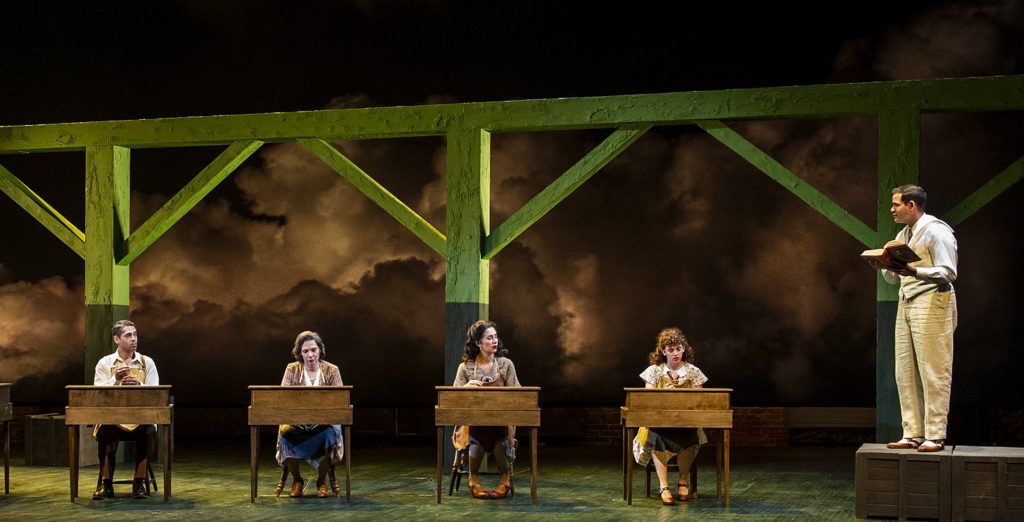 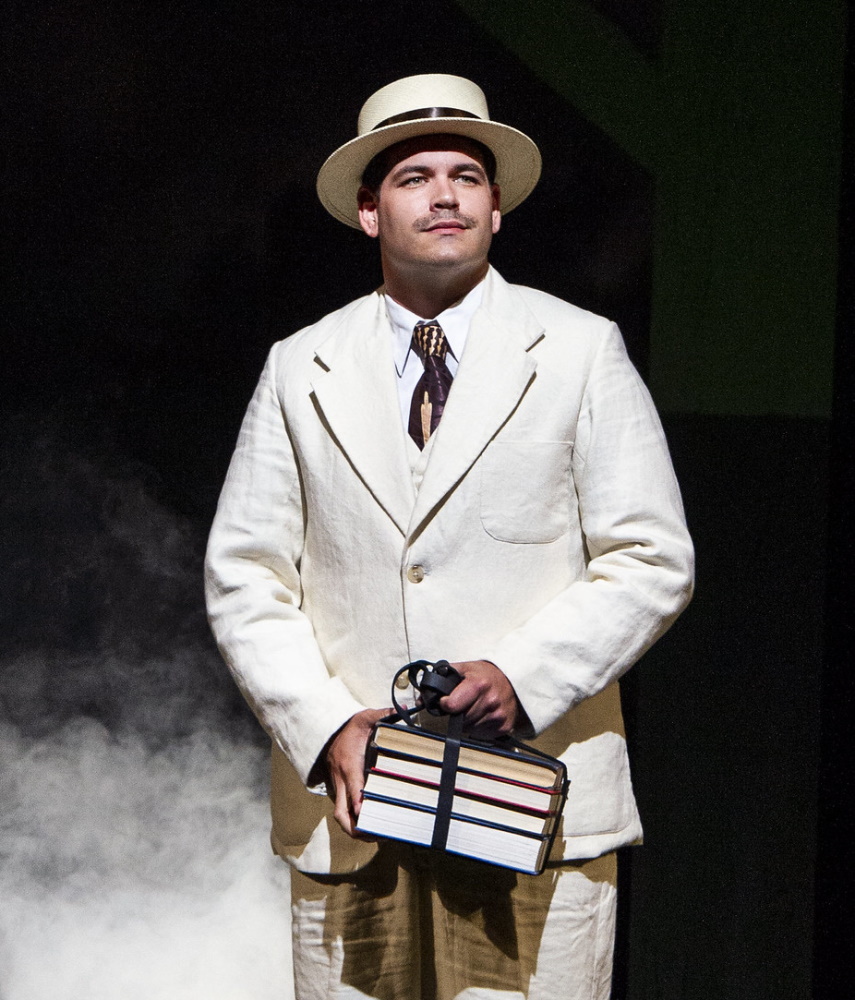 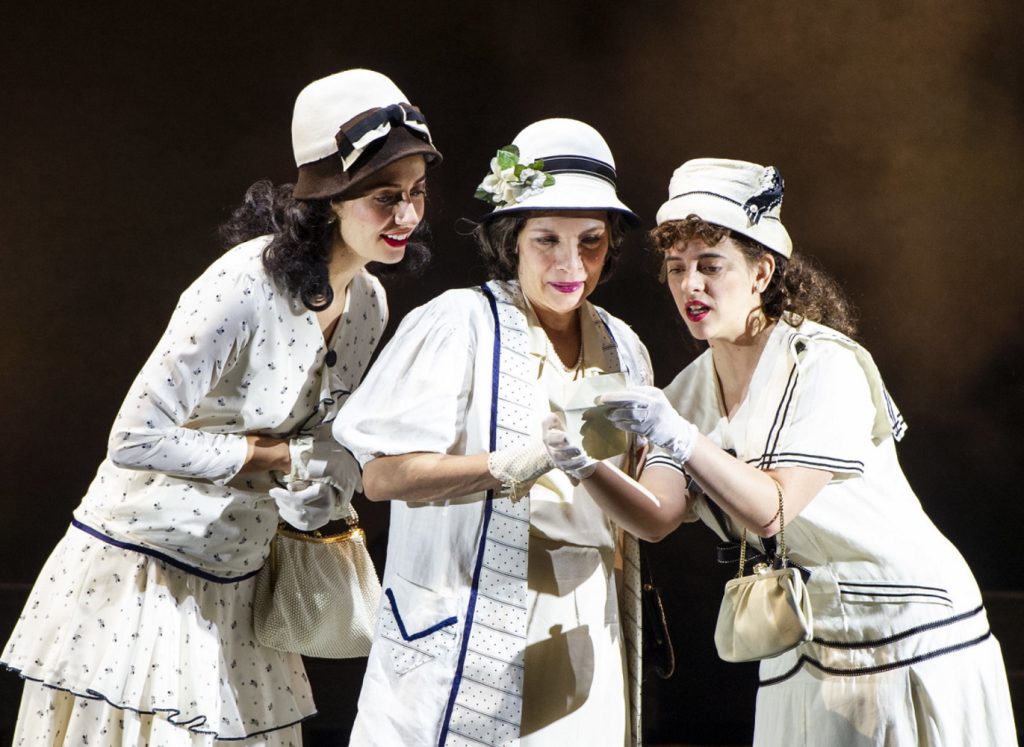 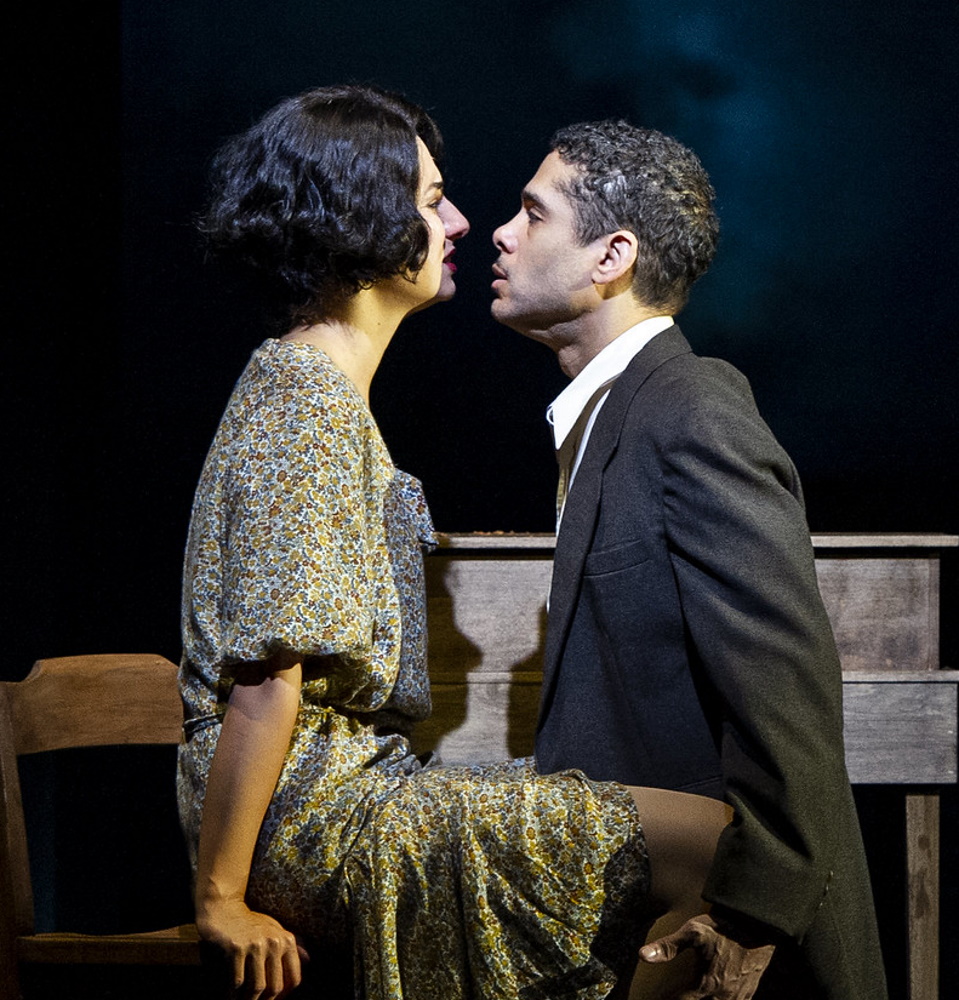 The title character in Anna in the Tropics, now playing at Barrington Stage Company, isn’t a person, but a book. And she plays a central role, thematically, narratively, even physically. The book is Anna Karenina, Leo Tolstoy’s winter’s tale of love – illicit, unrequited, doomed. The setting, though, is 1920s Florida.

The novel’s famous first line, “All happy families are alike; every unhappy family is unhappy in its own way,” isn’t heard in the play – though lots of other passages are – but its meaning flows through the “tropical” relationships in Nilo Cruz’s Pulitzer-winning play.

It’s 1929 in Ybor City, Tampa’s Little Havana. Half-brothers Cheché and Santiago Alcalar operate a cigar factory where Santiago’s wife, two daughters and son-in-law work, hand-rolling habanos. At the dawn of the Great Depression, factories are closing, smokers are turning to cigarettes and mechanization is coming to the industry.

But these concerns are just background to the main event, the human dynamics and relationships which are as tangled and fraught as any telenovela – or Russian novel. 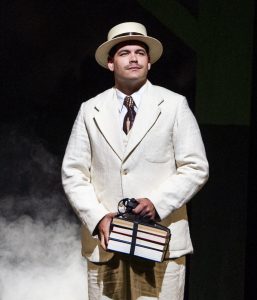 It all begins with the arrival of the new lector. He’s part of a dying breed (see mechanization), men and woman who would read aloud to the workers as they rolled the cigars, relieving the tedium and expanding their horizons.

Juan Julián is eagerly awaited by the three women – Santiago’s wife Ofelia and their two daughters, Conchita and especially Marela, bursting with anticipation and romantic fantasies. Cheché, though, is unhappy, concerned about the unnecessary expense and bitter that his wife ran off with the previous lector.

The chosen reading is, of course, Anna Karenina (these Cubanos pronounce it Karenina). Before long, the characters’ smoldering passions are infecting his listeners’ thoughts and behavior, above all in the novel’s adulterous triangle. Dissatisfied with her indifferent husband Palomo, Conchita, like the beautiful Anna, begins an affair with the fascinating newcomer.

Tolstoyan themes run through Cruz’s paraphrase of the book – progress vs. tradition, urban vs. country life, ideas about loyalty, responsibility and personal liberty. He doesn’t try for exact correspondences. Some key events are echoed, some ignored, and though the towering cross-beams in Justin Townsend’s shadowy set may suggest a railway trestle, there’s no death-by-locomotive. Christopher Vergara’s summer-white 1920s costumes make an implied contrast to Tolstoy’s winter furs. 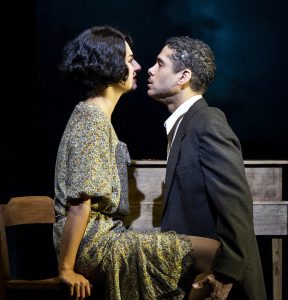 The playwright’s interest is more in the idea of storytelling itself and the role-playing or self-questioning inspired by a stirring tale. Marela fancies herself a reincarnated Anna, and Palomo insists he’s not weak like Karenin, despite Conchita’s embrace of Tolstoy’s plotline.

This production was set to go up in 2020, but then, y’know… The enforced hiatus seems to have given a sudden sense of urgency to Elena Araoz’s production. The first half in particular is driven by a hectic momentum that’s overwrought and overloud. Yet, when the pace slackens, so does the play. A party scene in the second act, which should be seething with suppressed tension, is merely awkward.

The individual performances, though, are superb. Alexis Cruz’s Cheché is a red-hot furnace, all energy, ambition, and ultimately violence. As Santiago, Gilbert Cruz is the opposite, a careful, conventional guy whose weakness for gambling gets him in debt to his brother and in trouble with his wife, played by the radiant Blanca Camacho. (Their hesitant reconciliation scene is a quiet gem.) 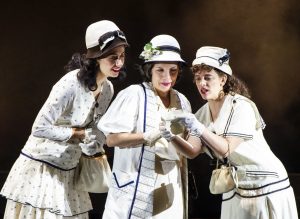 Marina Pires is a luminous Conchita, her body slowly awakening to the lector’s touch. Gabriela Saker’s Marela is all adolescent excitement and dreamy romance (she keeps a picture of Valentino at her workstation). Wilson Jermaine Heredia not only plays the shamed Palomo but starts things off with a high-energy turn as the fast-talking bookie at the cockfight where Santiago loses his bundle.

At first glance, Alex Rodriguez might seem miscast as Juan Julián – not the handsome, dashing figure we (and the women) are expecting but an ordinary-looking fellow with a rather shy demeanor. But he turns out to be a counterpart to the book he’s reading: a template upon which the other characters can project their own fantasies and obsessions, and who slowly comes to embody them.

Barrington Stage is in the vanguard of multicultural theater in the region. Following on from the all-black Ain’t Misbehavin’ and the mixed-race ABCD, Anna in the Tropics is a steamy summer salsa that adds a welcome Latin flavor to the mix.