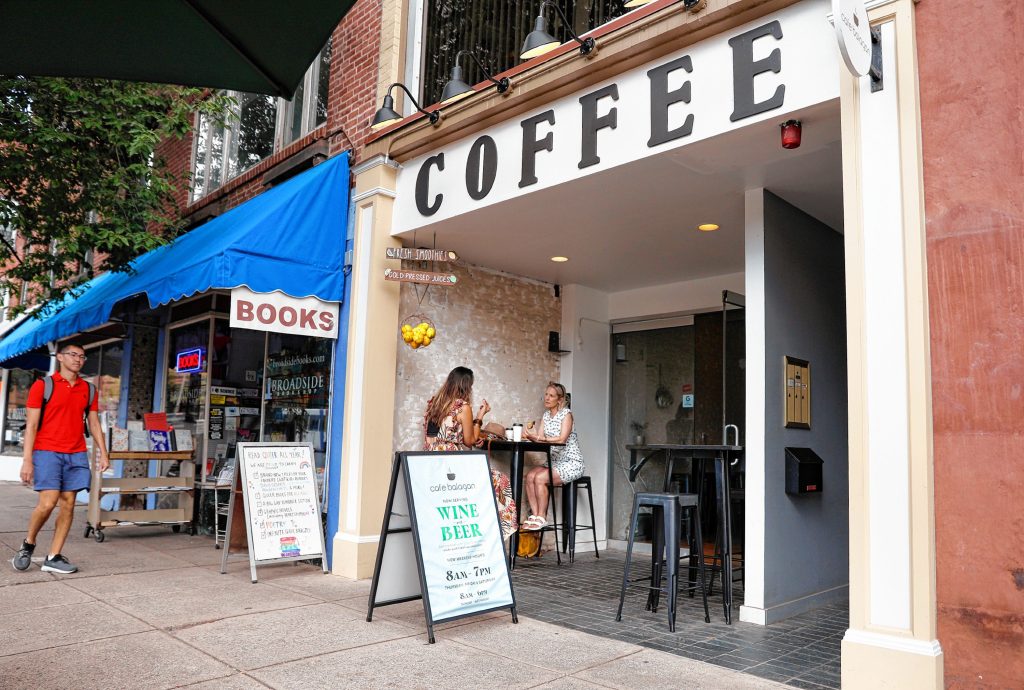 Tara Brewster and Debra J’Anthony enjoy the outdoor seating outside Cafe Balagan on Wednesday morning in Northampton. Starting Friday, the café will offer late-night service in the space under the name Lyla Lounge. 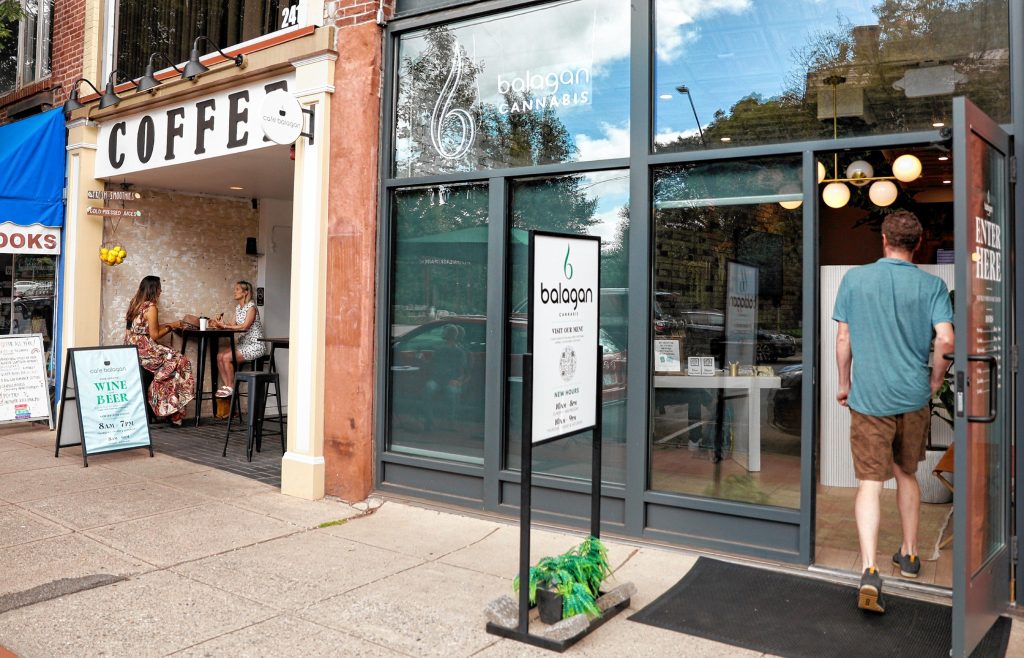 Cafe Balagan and Balagan Cannabis storefronts on Wednesday morning in Northampton. Starting Friday, the café will offer late-night service in the space under the name Lyla Lounge. 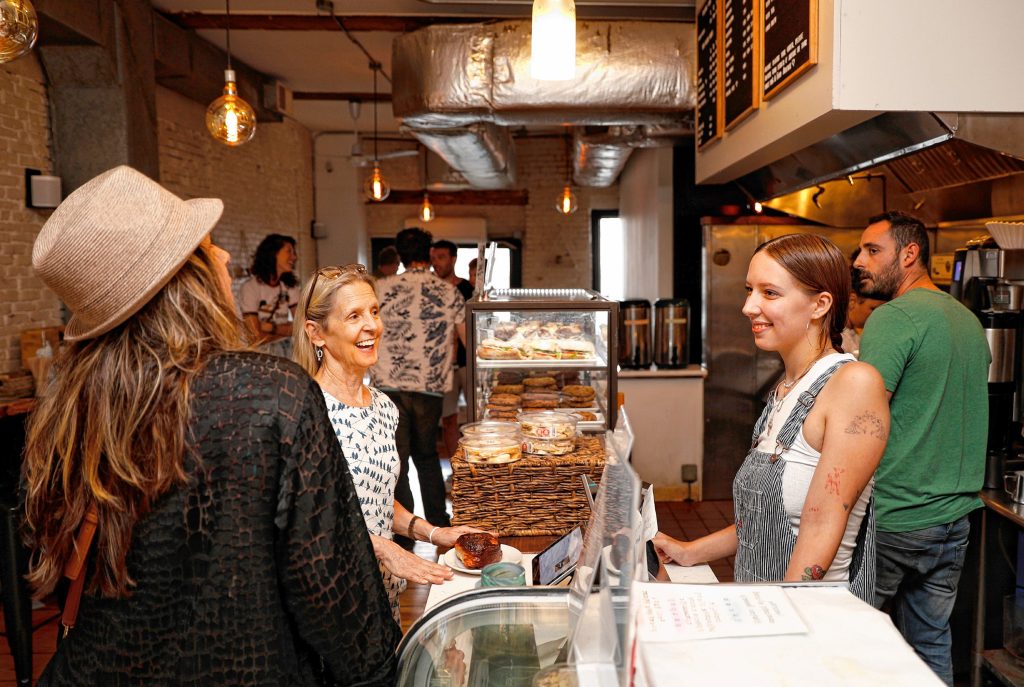 Tara Brewster, left, and Debra J’Anthony order food and drinks from barista Elena Gonzalez, right, at Cafe Balagan on Wednesday morning in Northampton. Starting Friday, the cafe will offer late-night service in the space under the name Lyla Lounge. 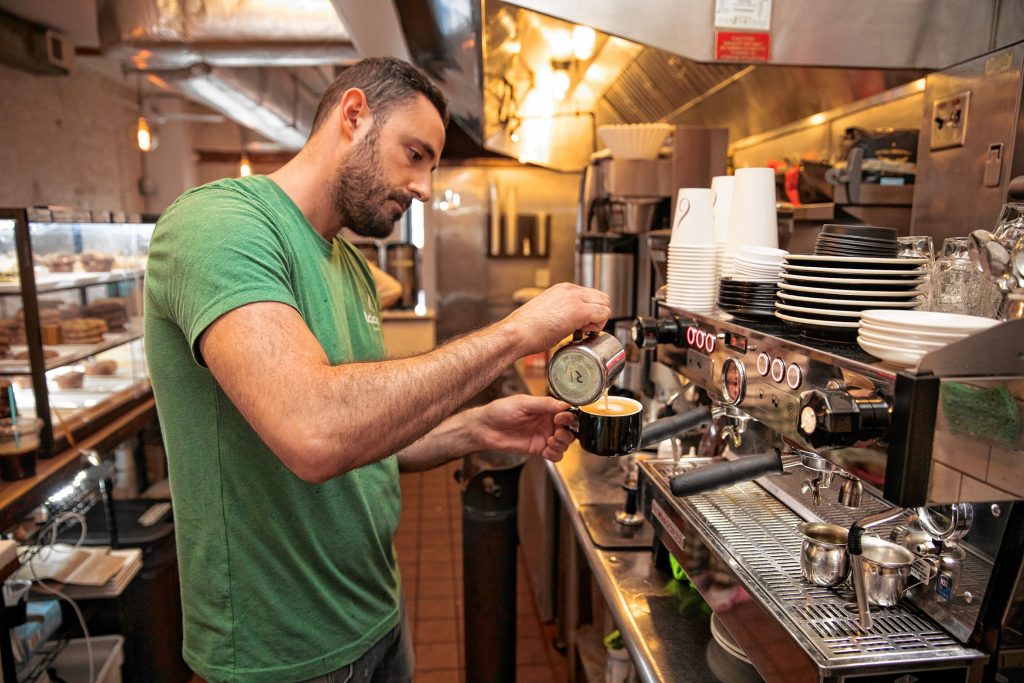 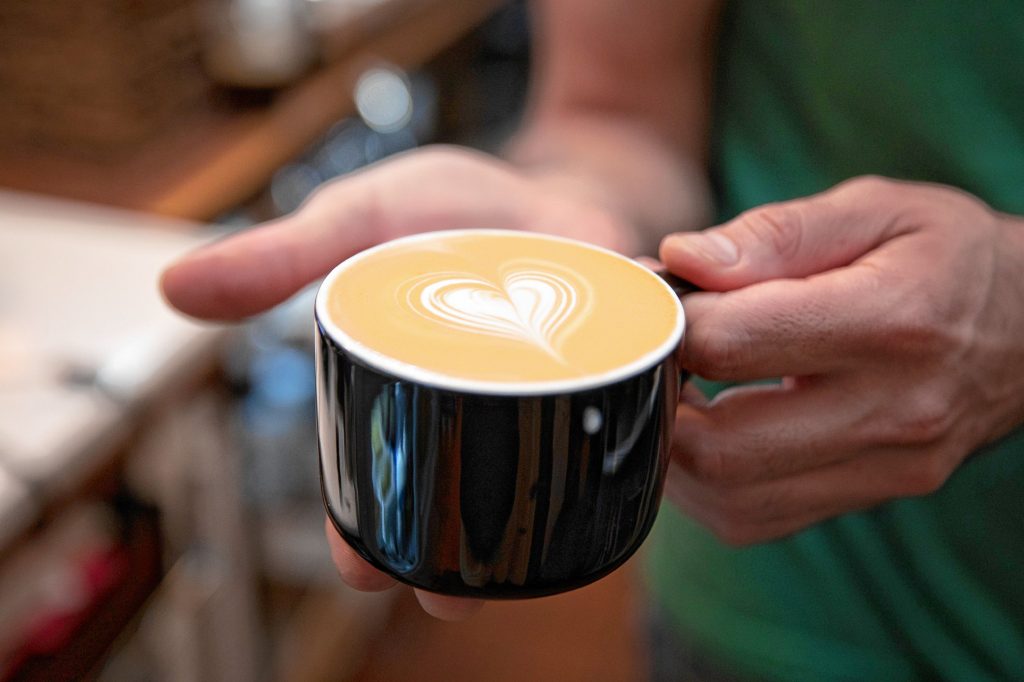 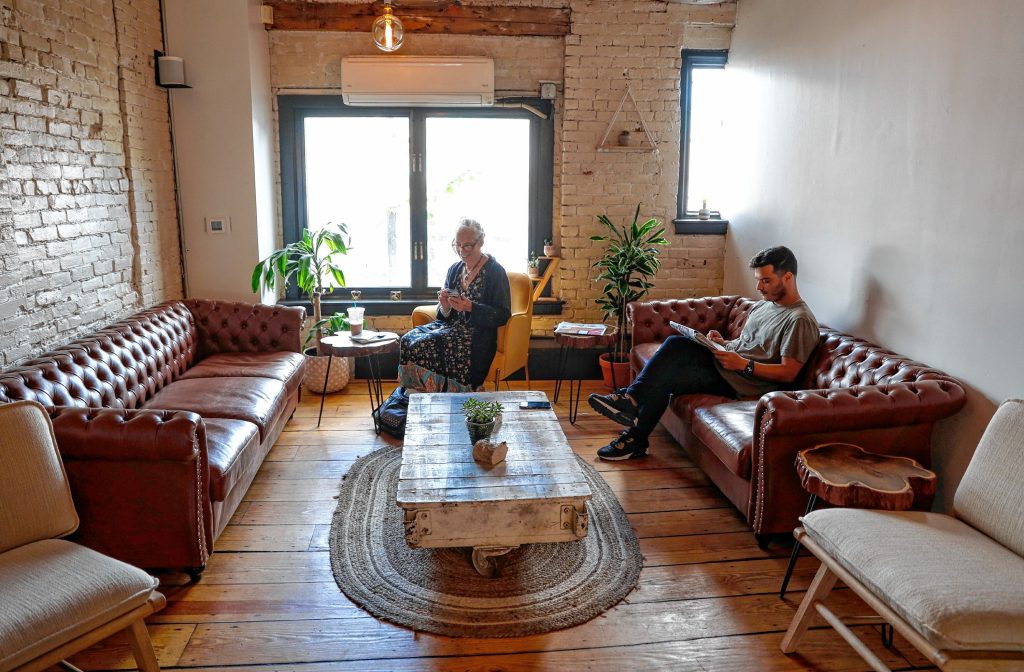 Patrons enjoy the lounge area at Cafe Balagan on Wednesday morning in Northampton. Starting Friday, the cafe will offer late-night service in the space. 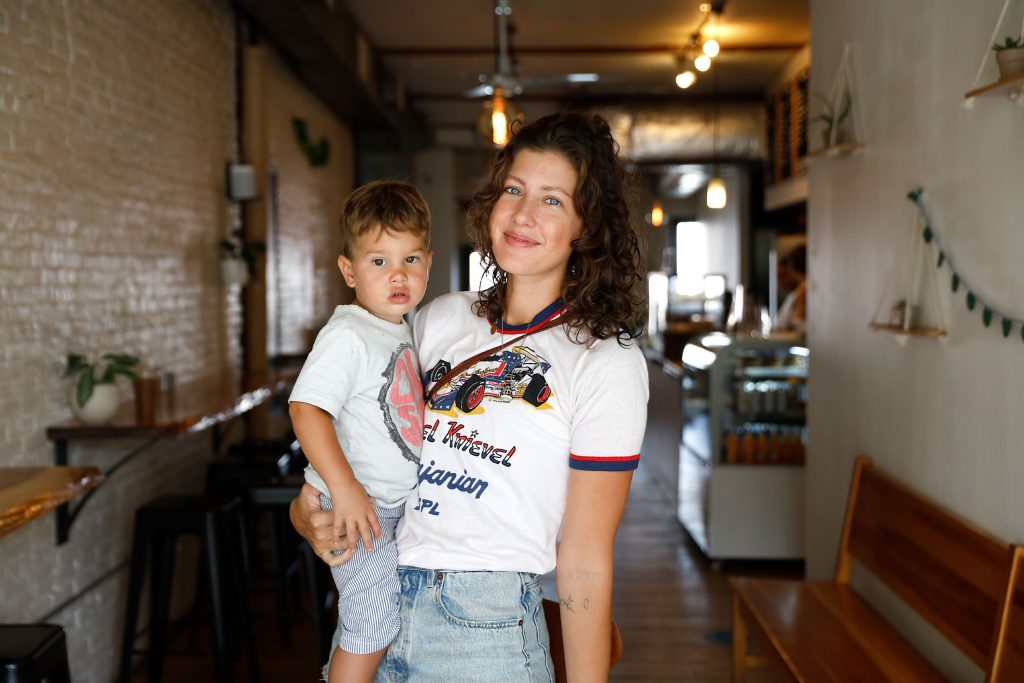 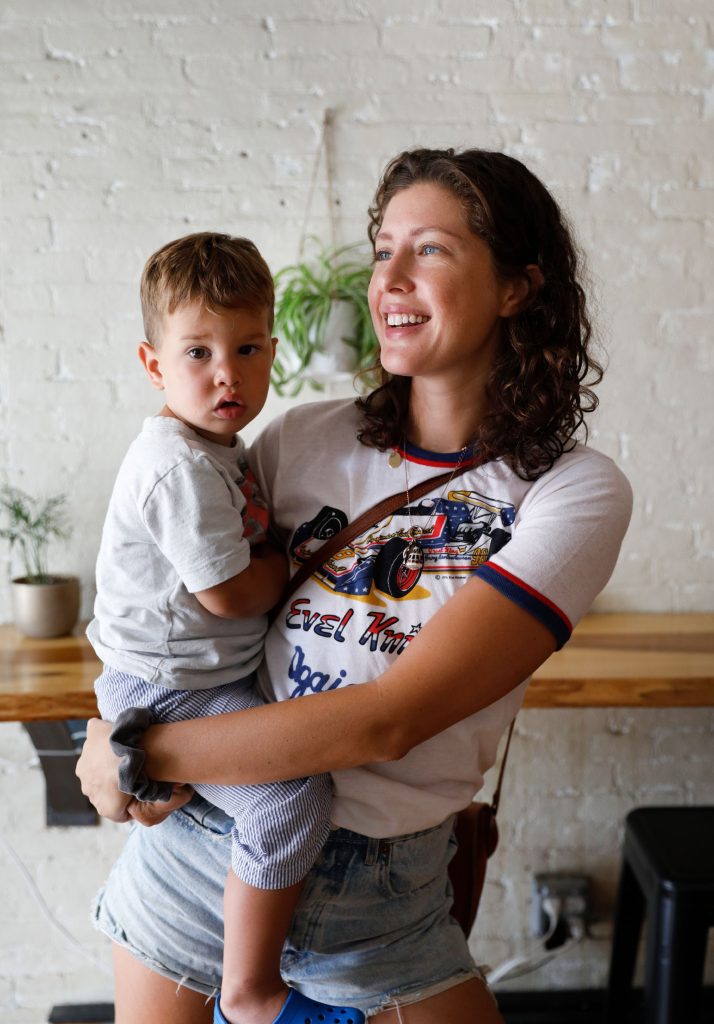 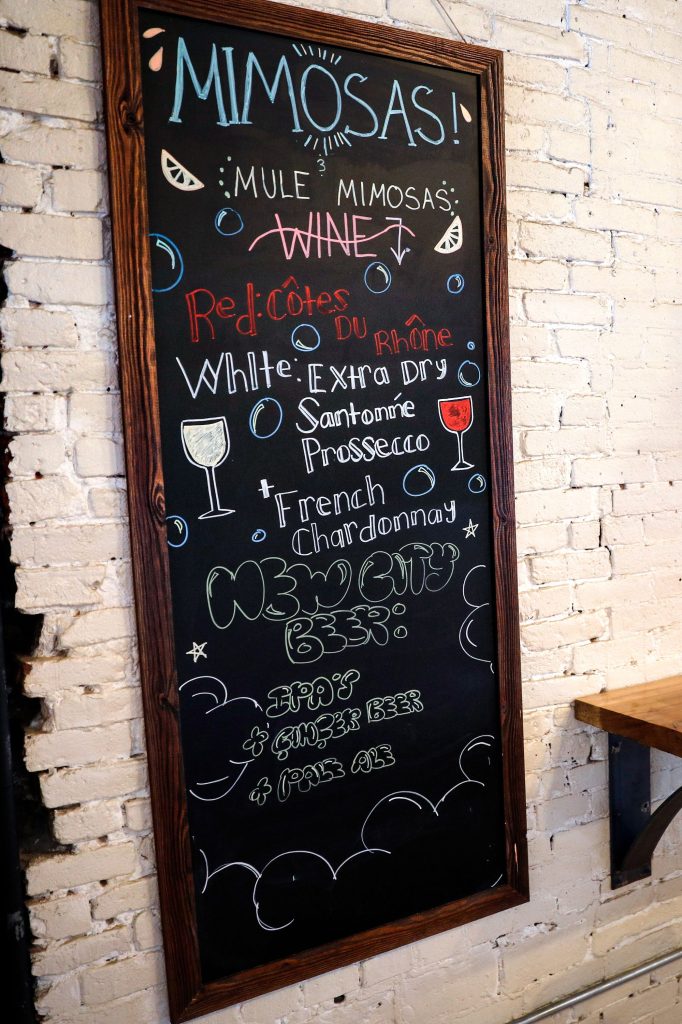 The beer and wine menu at Cafe Balagan on Wednesday morning in Northampton. Starting Friday, the café will offer late-night service in the space under the name Lyla Lounge.

Cafe Balagan, the Main Street coffee shop associated with the Balagan Cannabis dispensary next door, has opened for late-night service.

Rachael Workman, one of the owners of Cafe Balagan and Balagan Cannabis, said that she and her fellow owners, who are all in their 30s or early 40s, have felt that there’s a lack of evening places downtown.

“Kind of a chill environment (to) have a glass of wine, a little bite of food,” Workman said. “Catch a vibe. So that’s what we’re looking to do.”

Workman’s husband, Raz Gal, another owner of the business, agreed. “There’s like really few places in town to go out,” he said.

Workman also said that they’ve been holding family Shabbat dinners in the cafe space for the last year, and she complimented the space’s “lovely energy at night.”

“Every time we do Shabbat dinner here there’s like 20 people coming in trying to join the party because they think it’s a party,” Gal said.

The Lyla Lounge is open from 6 to 11 p.m. on Thursdays, Fridays and Saturdays and feature beer, wine and food items like charcuterie, a sardine plate, shishito peppers and pastries from Small Oven Bakery. Lyla means “night” in Hebrew.

The beer served at Lyla Lounge is from New City Brewery, which is owned by Workman’s father. Provisions also supplies some of the food. The café also features a small lounge area with comfy seating.

Workman grew up in the Pioneer Valley, and she said that connection differentiates Balagan Cannabis.

“I kind of inherently understand the community and the crowd here,” she said.

Cafe Balagan, which is located in the former Green Bean space, opened in 2021. Six months later the cannabis business opened its doors.

Workman said that the plan was to have the cafe in place for when marijuana social consumption sites are legal in the city, but she said that with the success of the coffee shop that’s not necessarily going to be the case in the future.

“I think we’re feeling for the time being that we want to keep it as is,” said Workman.

The person who runs Cafe Balagan is Gil Sasson, who used to manage a coffee shop in New York City and is an owner in both Balagan businesses.

And while Sasson said that the Pioneer Valley is different from New York, it reminds him of the upper Galilee area in Israel where he grew up on a kibbutz, both in terms of the landscape, the people and the liberal politics.

“Same exact people that I grew up with,” he said. “Easy to work with.”

He also expressed excitement at opening the cafe for nights.

“We’re ready to expand our community,” he said.

Gal said that before he and Workman relocated to the valley they were living in Tel Aviv in a house on the beach.

“No but in the beginning I did,” said Gal, on whether he regrets leaving his former living situation.

Gal also said that they’re looking to open up a second coffee shop and cannabis combination in Long Island.