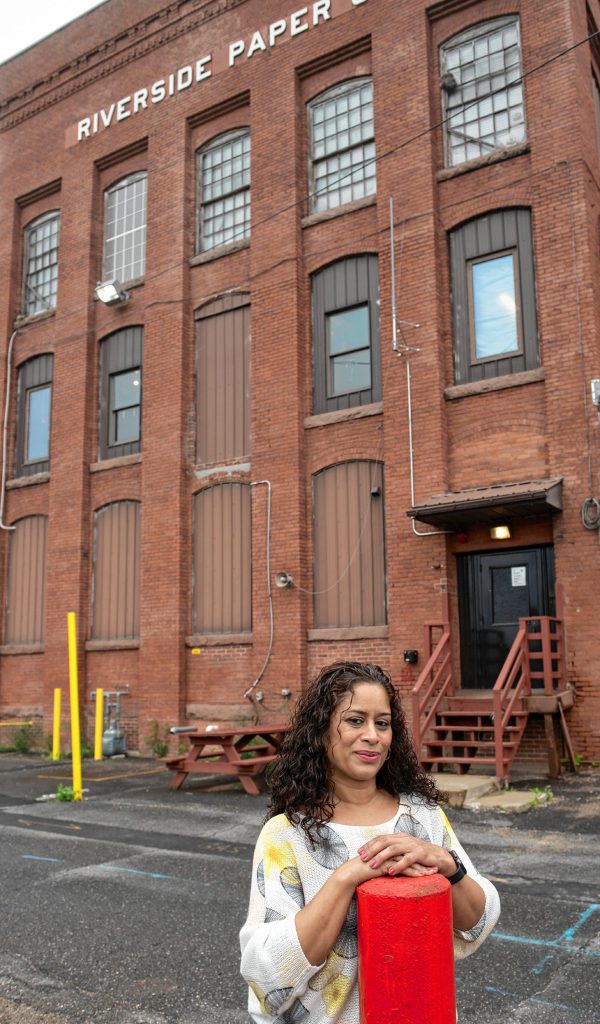 Damaris Aponte, owner of Blossom Flower Cannabis Delivery, stands in front of the building on Cabot Street in Holyoke where her business will be located. 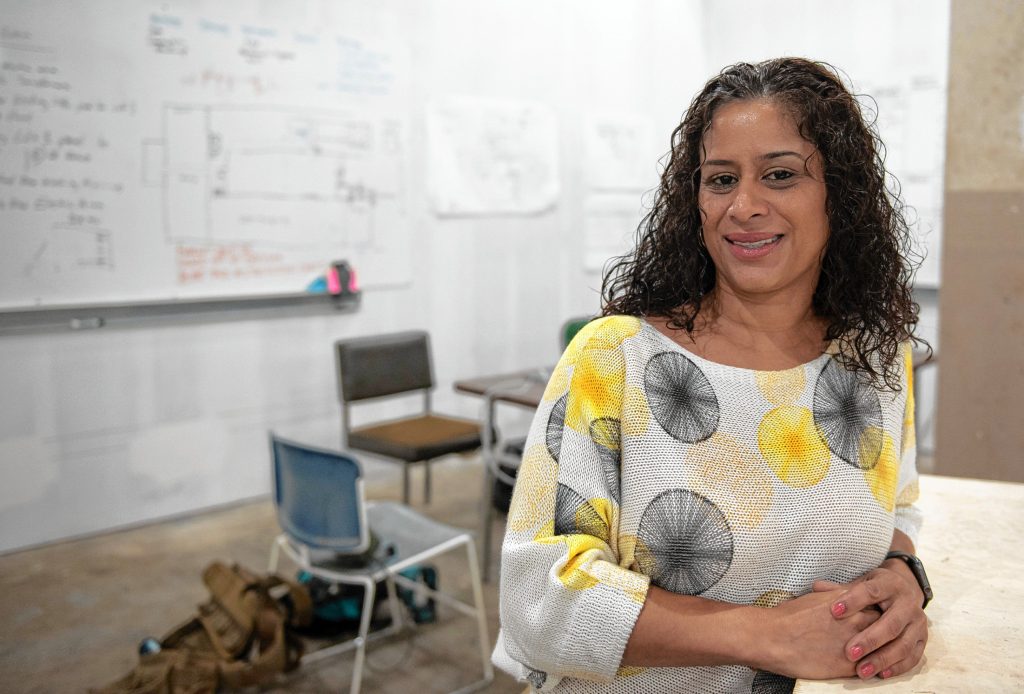 Damaris Aponte, owner of Blossom Flower Cannabis Delivery, stands in the space where her business will be located on Cabot Street in Holyoke. 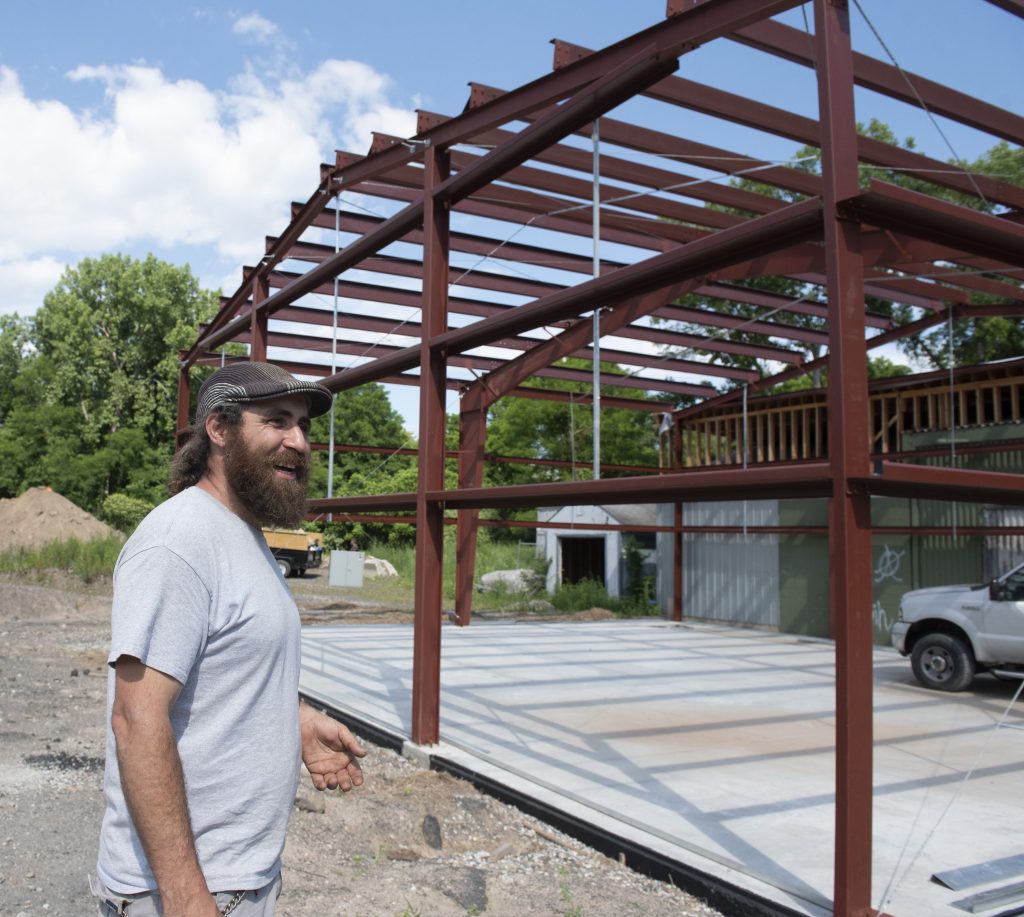 Ilya Tunitskiy, owner of Gan Or Cultivation, is seen recently at the structure he is building off Damon Road in Northampton. 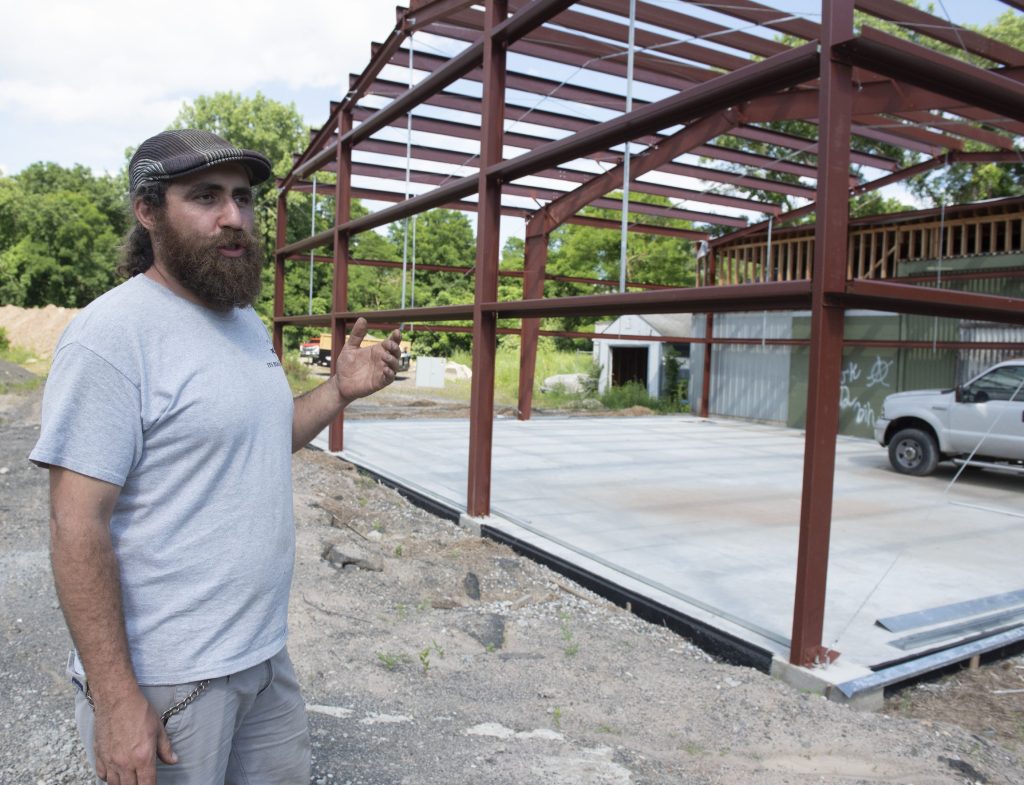 Ilya Tunitskiy, owner of Gan Or Cultivation, stands at the structure he is building off Damon Rd. in Northampton.

The first time lifelong Holyoke resident Damaris Aponte sold marijuana, she was 14 and growing up in a city deeply impacted by the so-called war on drugs. She saw many people she knew get arrested on drug charges, and her own brother was killed in the city’s drug-related violence.

“It’s been a big impact, coming from this community,” she said. “So many people have gone to jail.”

But today, things look very different for Aponte, who has been working hard to create her own cannabis delivery business, Blossom Flower. She spent two decades in the field of medical office management before deciding to follow her dream, which has been made possible by a state program to smooth the path into the marijuana industry for people like her.

Aponte is an applicant through the state Cannabis Control Commission’s “social equity” program, earning her delivery, cultivation and, soon, manufacturing licenses through the agency, which regulates the marijuana industry in Massachusetts. The program is designed to give a leg up to those from communities disproportionately incarcerated and punished by the war on drugs, or those who have themselves had a marijuana conviction on their record.

Those in the social equity program receive free technical assistance and training from the state and expedited license application reviews, as well as other benefits.

“It feels amazing — the fact that I’m Latina, I’m a Holyoke lifelong resident, I have no big money,” Aponte said. “I came from the streets of Holyoke and I was given this opportunity … It’s just a great great feeling.”

But in an industry where big money rules the day, the experiences of Aponte and others have also highlighted how steep the barriers to entry remain, regardless of the state’s social equity efforts. Aponte, for example, is now crowdfunding to raise the final funds needed to begin operations.

“Access to money is the biggest hurdle there is out here and that money would help, especially the small people, who don’t have any support and gotta pay rent,” Aponte said, noting that she currently tends bar to pay the bills while her business moves closer to opening.

The state Legislature this month passed sweeping reforms to its marijuana laws in an effort to address these concerns. (See story, page 27)

“It’s definitely a tough industry to get into,” said Ilya Tunitskiy of Northampton, a social equity applicant who grew up in Missouri after arriving in the United States at the age of 7. His Jewish family fled religious persecution in Tajikistan after the collapse of the Soviet Union.

When he was 17, Tunitskiy was arrested in his home state with 35 grams of marijuana — a felony at the time. He had to spend three years on probation, unable to travel more than 25 miles from his house, and struggled afterward to find jobs with a felony on his record. His dream was to work with the “beautiful herb” he believed could be medicine for many, but that dream was crushed.

“I went into the construction industry instead, swinging a hammer and working,” Tunitskiy said. “It was a lot of hard work.”

But Tunitskiy built a career as a contractor, always keeping that dream in his mind. And now, he has made his way through the social equity licensing program, getting his requisite permits and moving forward on opening his own small cultivation facility named Gan Or, which he said means “garden of light” in Hebrew. He is also opening a delivery service, Driving Terps.

“I was able to open up and be free,” he said of the opportunity to enter the cannabis industry. “It’s a joy and it’s more to me than just the money … There’s a lot of us who have suffered.”

Tunitskiy said that there should be more money devoted to helping those looking to break into the industry. Aponte agrees, saying that the social equity program has helped her immensely, but that not everyone is in the same situation.

“You have us, the ones who have been harmed, and here we are, we get no support, no help,” she said.

“It’s ultimately a class issue,” said Northampton’s Ezra Parzybok, himself a social equity applicant with the Easthampton company Budzee and a consultant who helps others navigate the state’s complex regulatory landscape for marijuana.

Plenty of cannabis businesses have been opened by those with money. Late last year, for example, Elite Cannabis opened as Northampton’s eighth cannabis dispensary. It was the first minority-owned dispensary to open in the Pioneer Valley, having also moved through the social equity program. Its owners, though, are wealthy and politically connected: the Yee, Picknelly and Cutting families.

A vocal advocate for medical marijuana, Parzybok was arrested in 2015 after federal agents raided his Northampton home, where they seized 67 marijuana plants — part of his home-based medical marijuana operation. He received probation for the offenses. Now, he has committed to helping his social-equity peers with the knowledge he brings from years in the industry.

Parzybok explained that the smallest license available in Massachusetts for a grow operation — 5,000 square feet of canopy — requires at a minimum a million-dollar investment.

“I have plenty of people who have approached me who are engineers or salesmen or own their own vape store, they are entrepreneurs or have good jobs, but a million dollars of investment is something really far from their abilities,” Parzybok said.

But local social equity applicants are nevertheless pushing forward. Aponte said she has received lots of support from people and institutions in Holyoke, and has now inspired others in her same position to apply for the social equity program.

“Competition doesn’t scare me,” Aponte said. Competition is needed, supported and wanted … I’m here to just work with one another and just be supportive of one another, not hurt each other and work against one another.”

Dusty Christensen can be reached at dchristensen@gazettenet.com.