Stagestruck: The Colossus of Roads 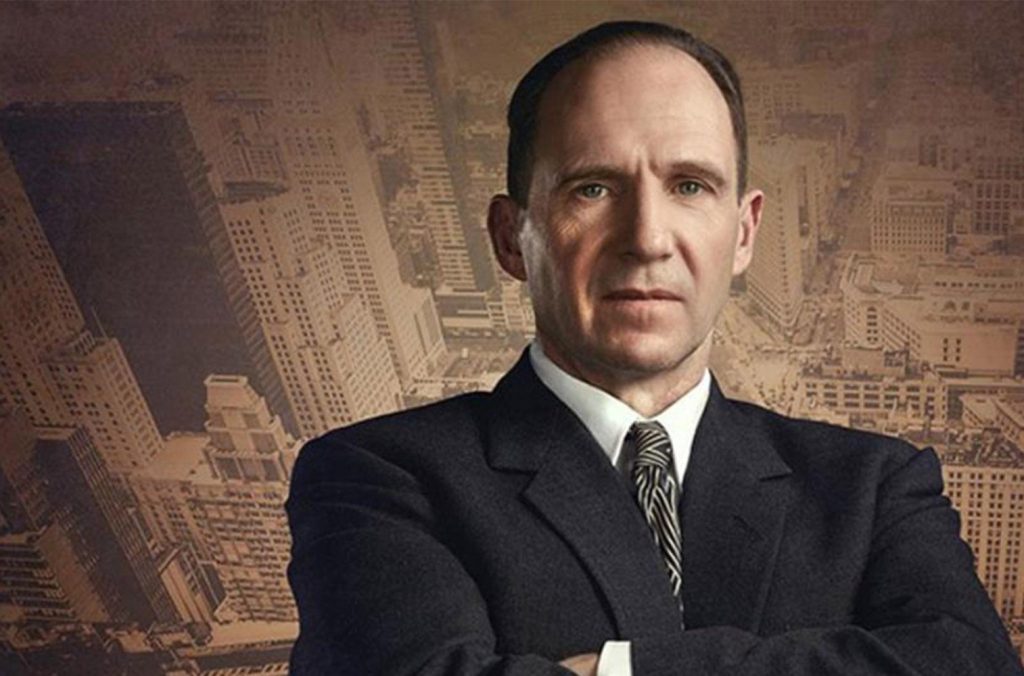 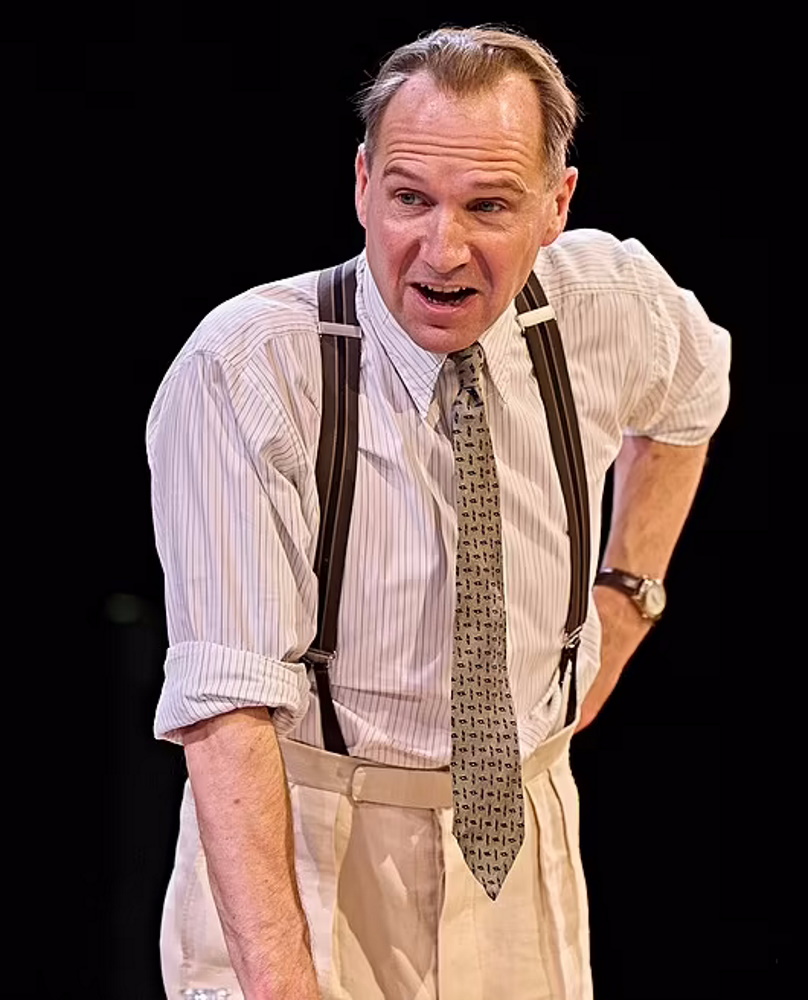 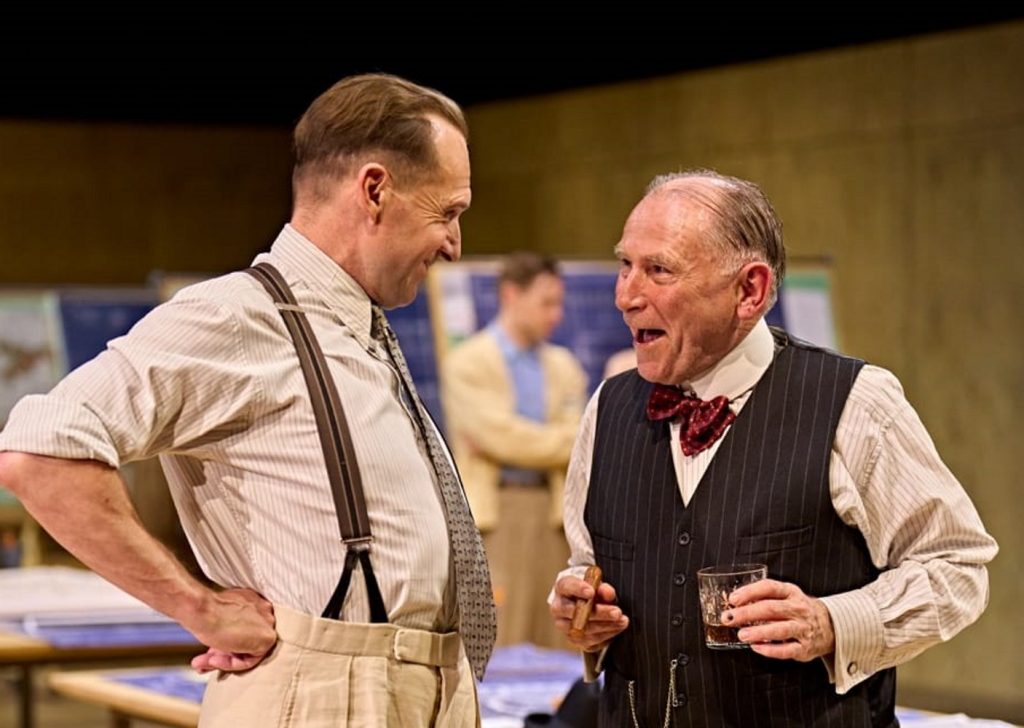 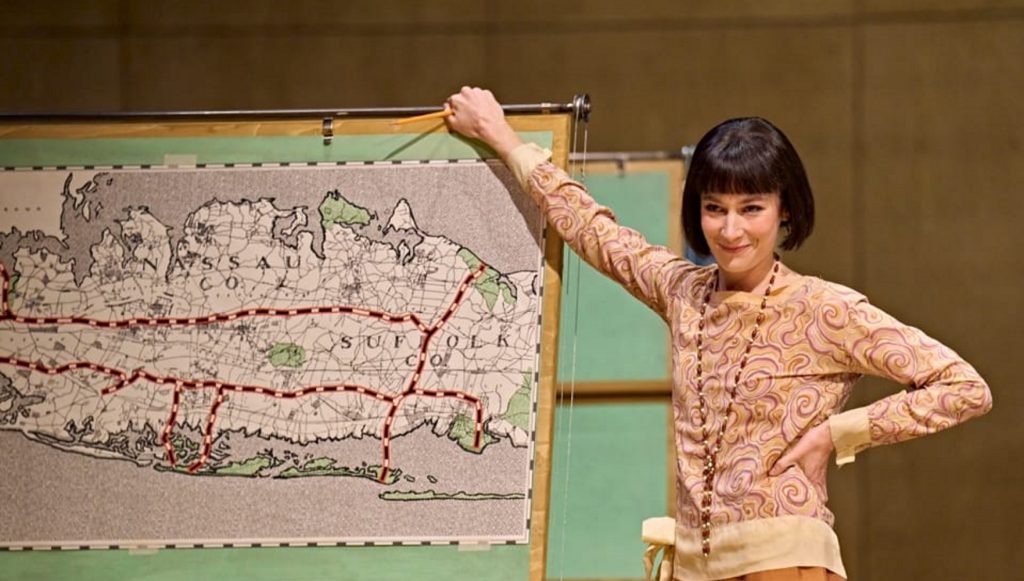 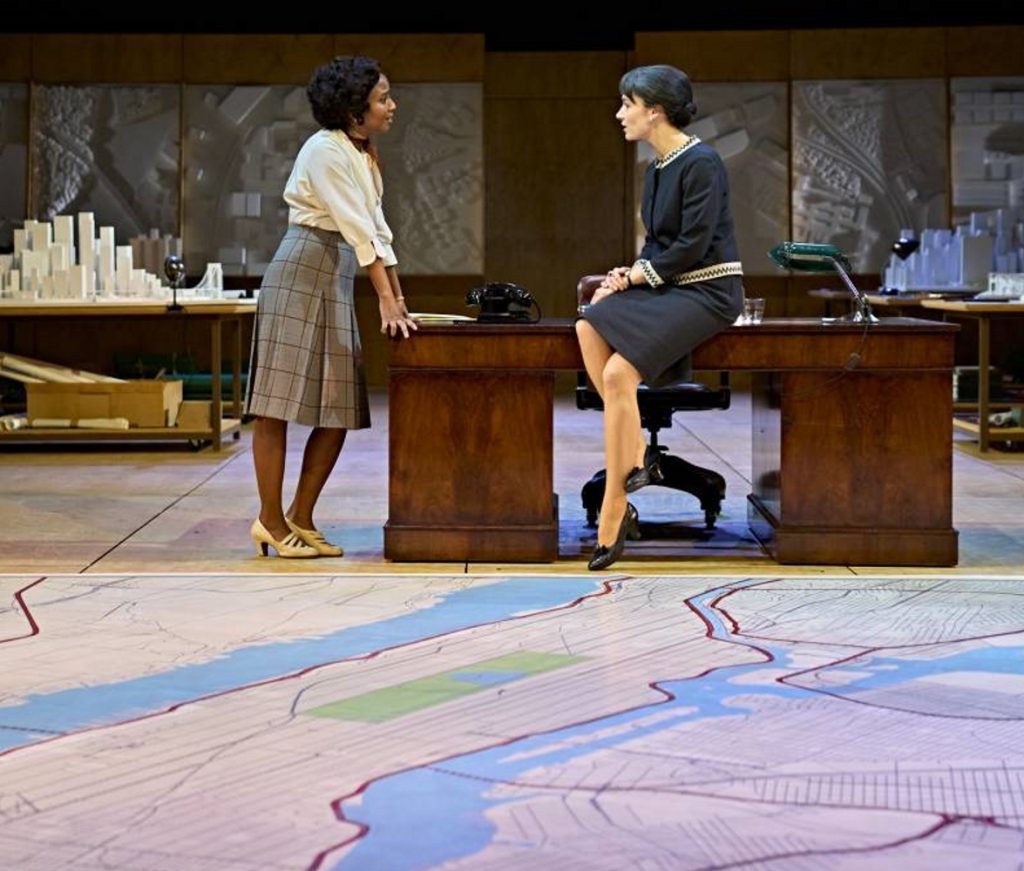 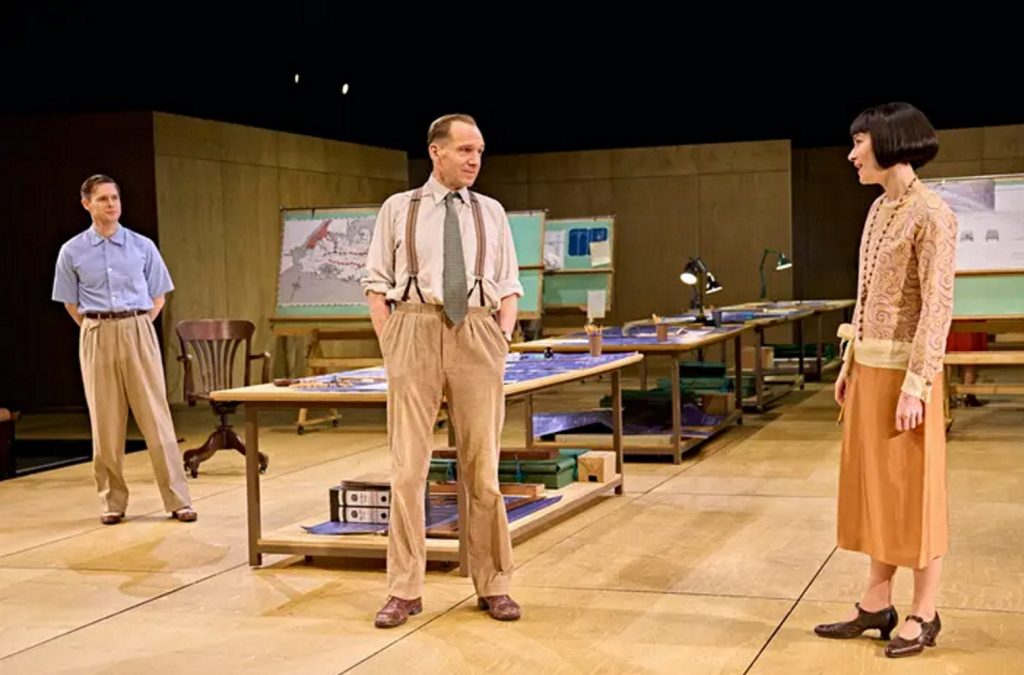 His name was Moses, his chosen people were New Yorkers escaping summer in the city, his promised land was Jones Beach, and his Red Sea crossing was a borough-slicing expressway to Long Island Sound.

He was Robert Moses, the fascinating, maddening subject of a smart, energetic play by David Hare, which premiered in London last spring and is coming to New York this fall – but not before the original production plays at the Amherst Cinema, courtesy of National Theatre Live. 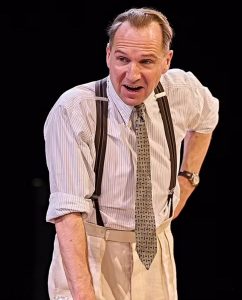 Straight Line Crazy, written by the often blistering topical playwright David Hare, stars Ralph Fiennes as the self-appointed prophet of mobility, in a sizzling production at London’s Bridge Theatre directed by Nicholas Hytner. In Hare’s view – indebted to Robert Caro’s Pulitzer-winning biography, The Power Broker – Moses was a visionary whose egalitarian dreams were infected with class and race prejudice (including a bias against public transportation) and were ultimately overtaken by a thirst for power for its own sake. 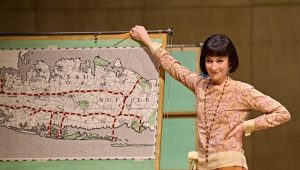 In a career spanning four boisterous decades, Moses literally reshaped the American landscape. As he looked into the country’s future, he saw highways lined with automobiles. It was arguably he, as much as Ford and Standard Oil, who created American car culture. He envisioned a vast system of parks and roads throughout the country and brought much of it to pass – over 600 miles of tarmac in New York alone. As a character in the play remarks, “If a road has the name ‘Expressway’ on it, it was built by Robert Moses.”

Instead of writing a biographical arc, Hare has chosen two pivotal moments in Moses’ career. Act One focuses on the project that made him, Act Two on the one that brought him down. 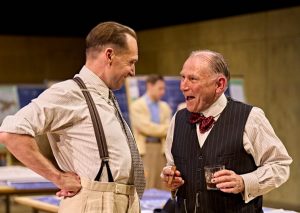 The first involves his audacious system of parkways and bridges connecting the city to the seaside, overriding the objections of the wealthy Robber Barons irate at the prospect of highways despoiling their leafy Long Island estates. In the play’s defining passage, Fiennes’ Moses gets the go-ahead from Governor Al Smith (the marvelous Danny Webb, brassy and obscene, cigar in one fist, whiskey glass in the other) with a virtuoso display of his full repertoire of charm, impudence, guile, doggedness and intimidation. 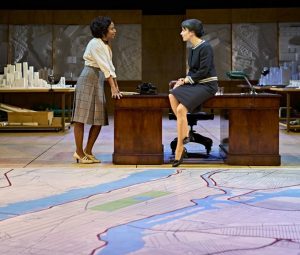 Hands on hips in a truculent stance, chin thrust forward, Fiennes bestrides the stage like a colossus – in the second act literally, as the floor of Bob Crowley’s thrust stage is paved with an enormous map of Manhattan showing Moses’ plans in the Fifties for a roadway going straight through Washington Square Park – because, as someone says, he’s “straight line crazy.” (In the meantime he has masterminded a network of arteries through the Bronx, bulldozing mostly Black neighborhoods in the name of “slum clearance” and “urban renewal.”) His nemesis is urban activist Jane Jacobs – an owl-eyed Helen Schlesinger – who leads the opposition by irate Greenwich Villagers motivated by a mix of environmental concern and nimbyism. 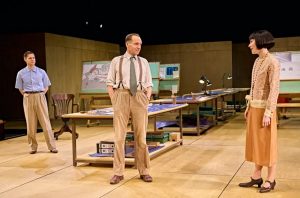 Most of the scenes take place in Moses’ planning office, lined with drafting boards and tabletop models. His young assistants serve not only as facilitators of his audacious schemes, but sometimes as his truth-telling critics. Finnuala Connell (Siobhán Cullen, feisty and astute), Ariel Porter (Samuel Barnett, solemn and nerdy) and Mariah Heller (Alisha Bailey, smart and fearless) are invented characters – Irish, Jewish, Black – representing the New York demographic of the day.

Jane Jacobs and Al Smith put the stamp of history on the play without diminishing Fiennes’ bigger-than-life performance as the city’s contentious mover and shaker, basking in “the incorruptible pleasure of being right.”