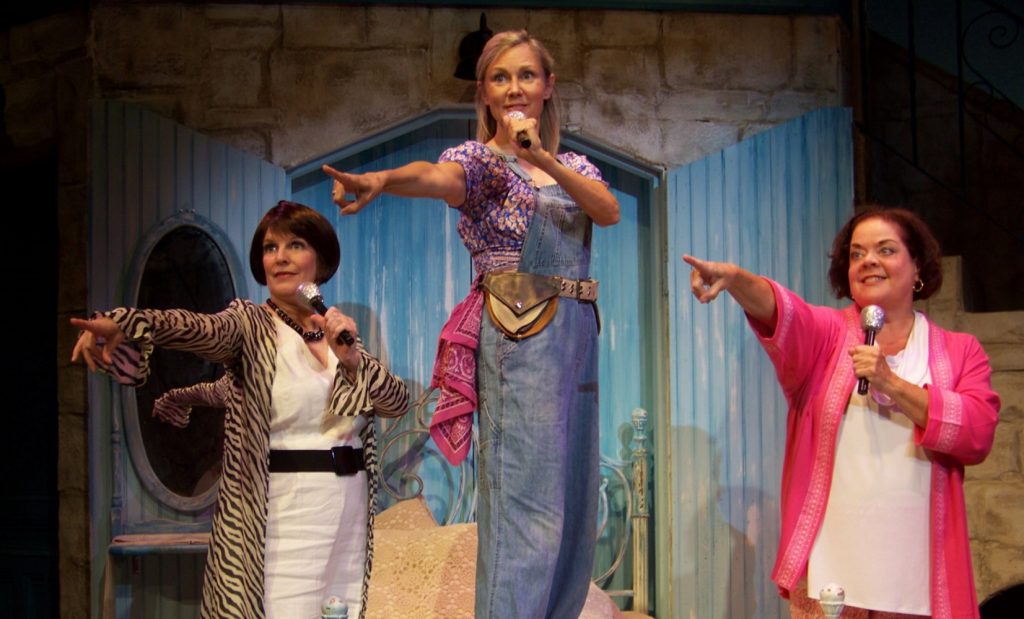 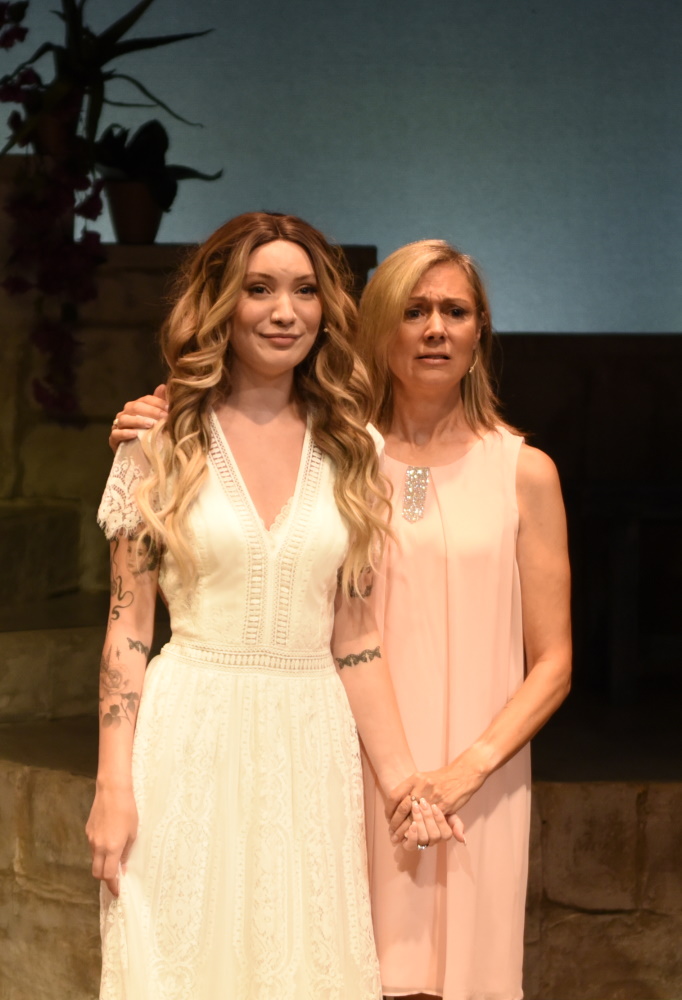 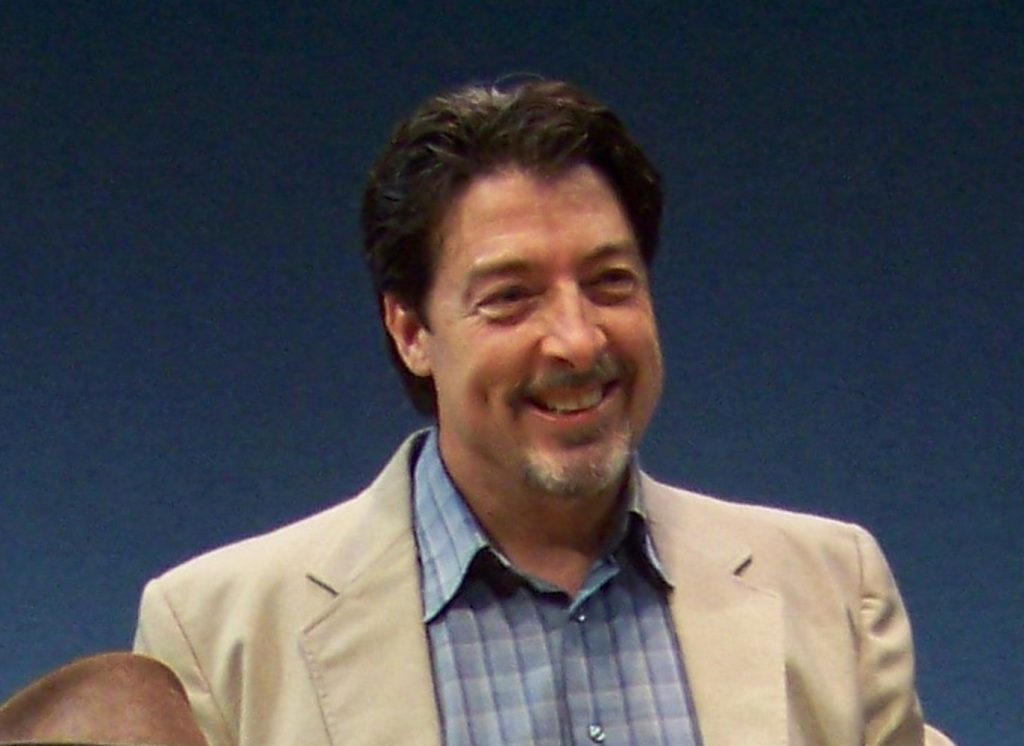 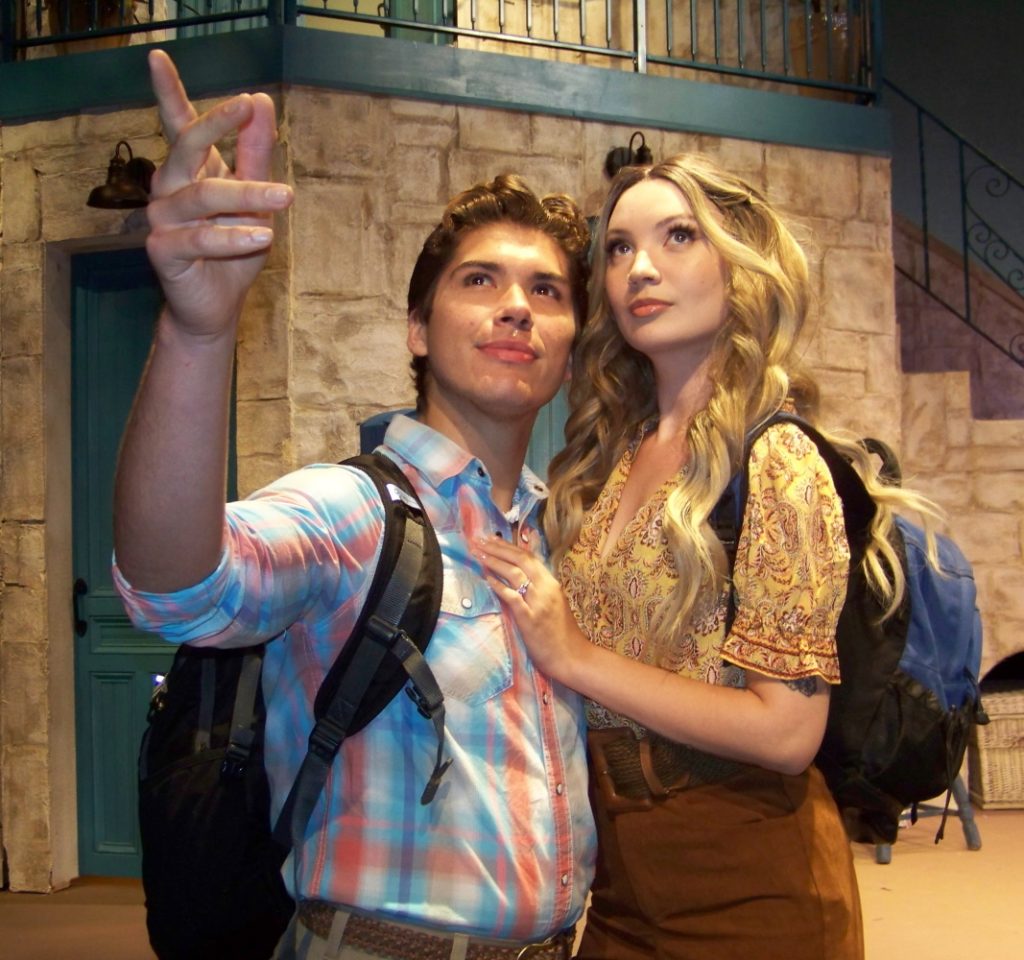 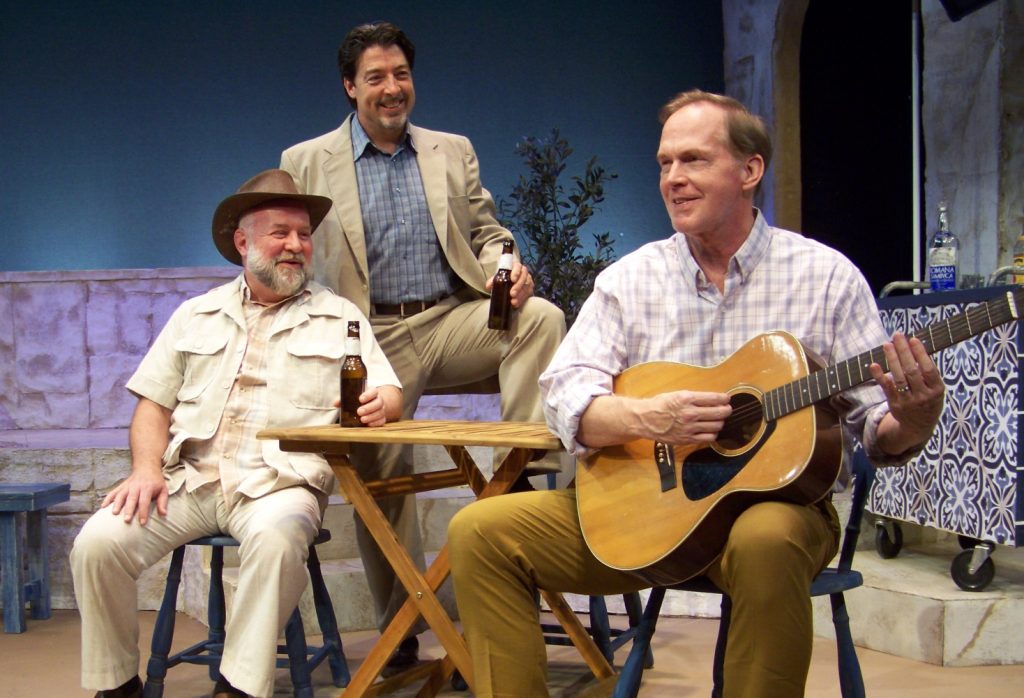 Mamma Mia is the most popular example of the genre, with a storyline built around the ABBA songbook, including the title number, “Dancing Queen,” “SOS,” “Money, Money, Money,” and about 20 more, some of them layered neatly into the plot, others shamelessly shoehorned in. For this anniversary bash, Eaton has assembled a kind of reunion of Majestic veterans in the leads. 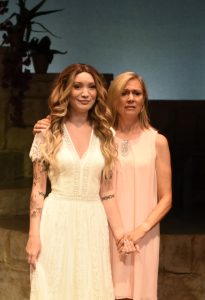 Cate Damon, whose Majestic resumé runs deep, plays Donna, proprietress of the Greek-island taverna where the semi-farcical plot unfolds, and single mother to young Sophie, whose impending marriage spins the plot complications. Vivienne Damon – yes, Cate’s real-life daughter – came up through the Majestic Children’s Theater. The pair’s pleasure in performing together is joyously clear, even though many of the play’s mother-daughter interactions are testy. Separately or together, they rule the stage.

Ben Ashley, who played Buddy Holly in the theater’s debut, anchors the trio of Donna’s former lovers, one of whom Sophie believes is her dad. 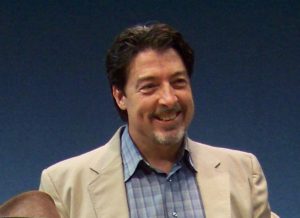 He’s aged out of Buddy but retains the comfortable stage presence and supple voice. His solo, “Knowing Me Knowing You,” is a second-half highlight.

Another familiar face is that of Lori Efford, who mines all the laughs in Rosie, the randy, wisecracking former member of Donna’s former all-girl rock band. It’s newcomer Marty Bongfeld, though, equipped with a Lulu bob and an acerbic wit, who almost steals the show as the thrice-divorced cougar Tanya.

Playwright Catherine Johnson, who wrapped the script around Benny Andersson and Björn Ulvaeus’s songs, gave the biggest and best parts to the women. 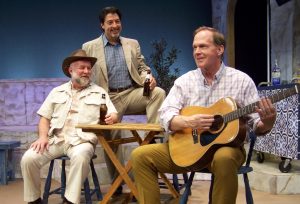 Of the male leads, only Ashley manages to make more of his role than he’s given. Russell Garrett (who also designed the spirited choreography) and Gene Choquette, as the other two dad-candidates, as well as Sam Snyder, as Sophie’s hunky bridegroom, too often fall back on stock poses and reactions. 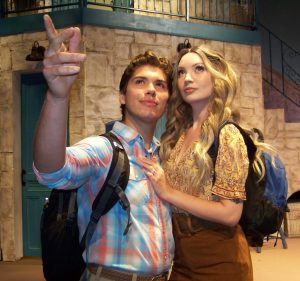 The production brings together some of the theater’s veteran offstage talents too. Mitch Chakour’s musical direction unites a tight five-piece band with the sprawling onstage ensemble, some of them doubling as backing singers from offstage, a nice touch. On opening night there were still sound-balance problems, but for the most part the music, both instrumental and vocal, is rich and vibrant.

Daniel Rist’s lighting rings subtle changes on the Mediterranean sunshine bathing Greg Trochlil’s set, which is a masterpiece of sun-washed stone, tiled terrazzo and flower-draped balconies. (A lobby display illustrates scenic artist Bev Browne’s step-by-step sculpting of the hand-wrought stones.) And Dawn McKay’s parade of costumes swells over the arc of the play from bright beachwear to flashy party duds to eye-popping Seventies getups for the finale.