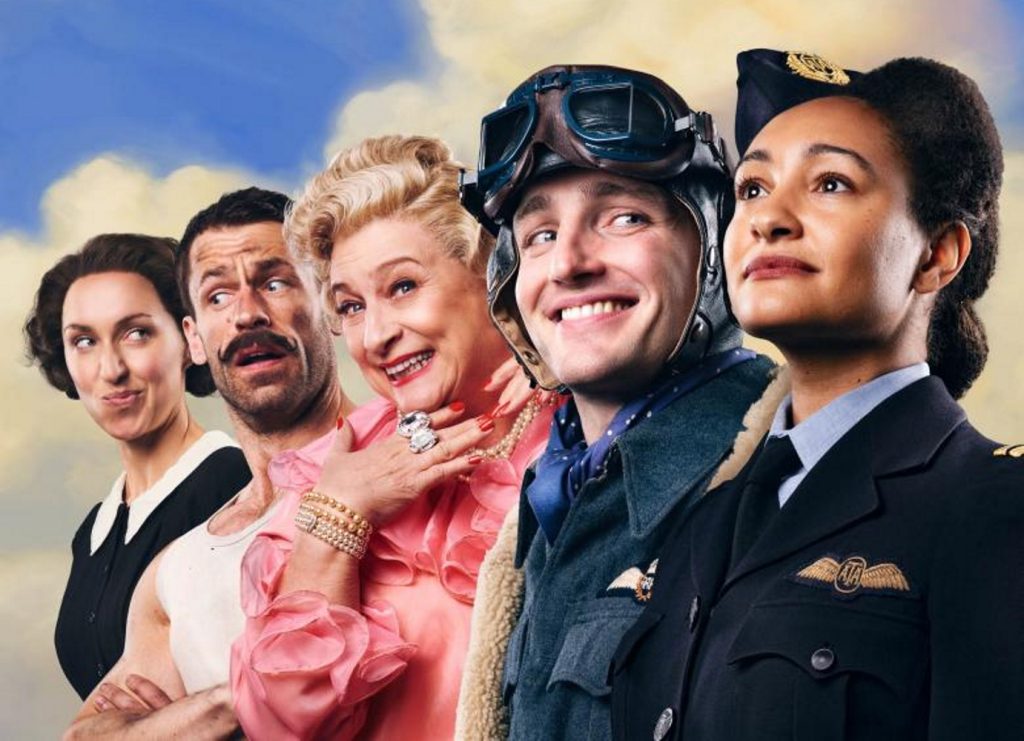 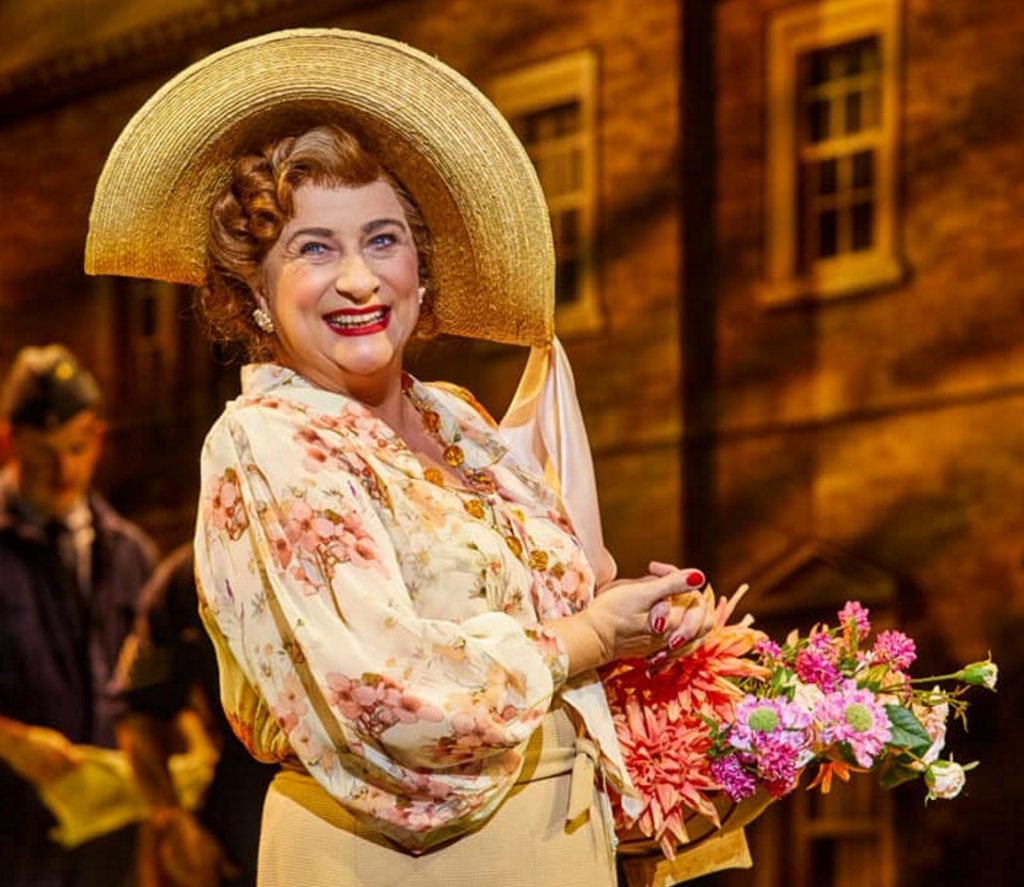 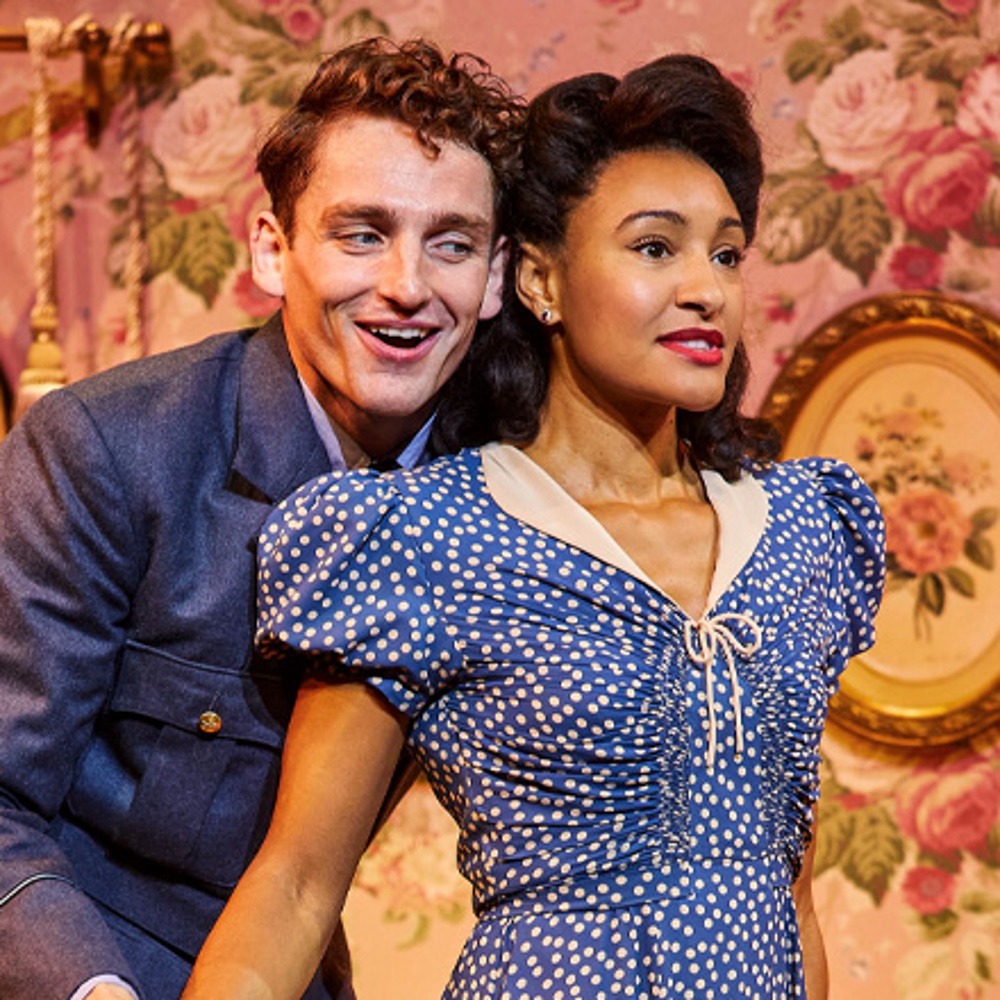 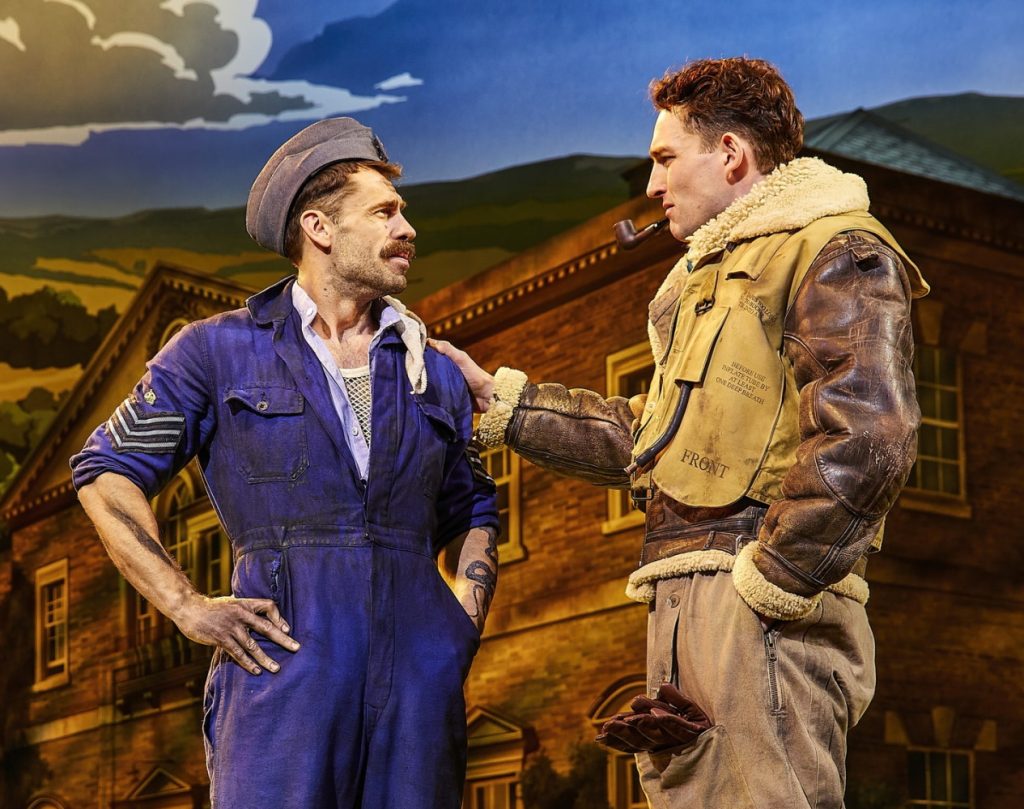 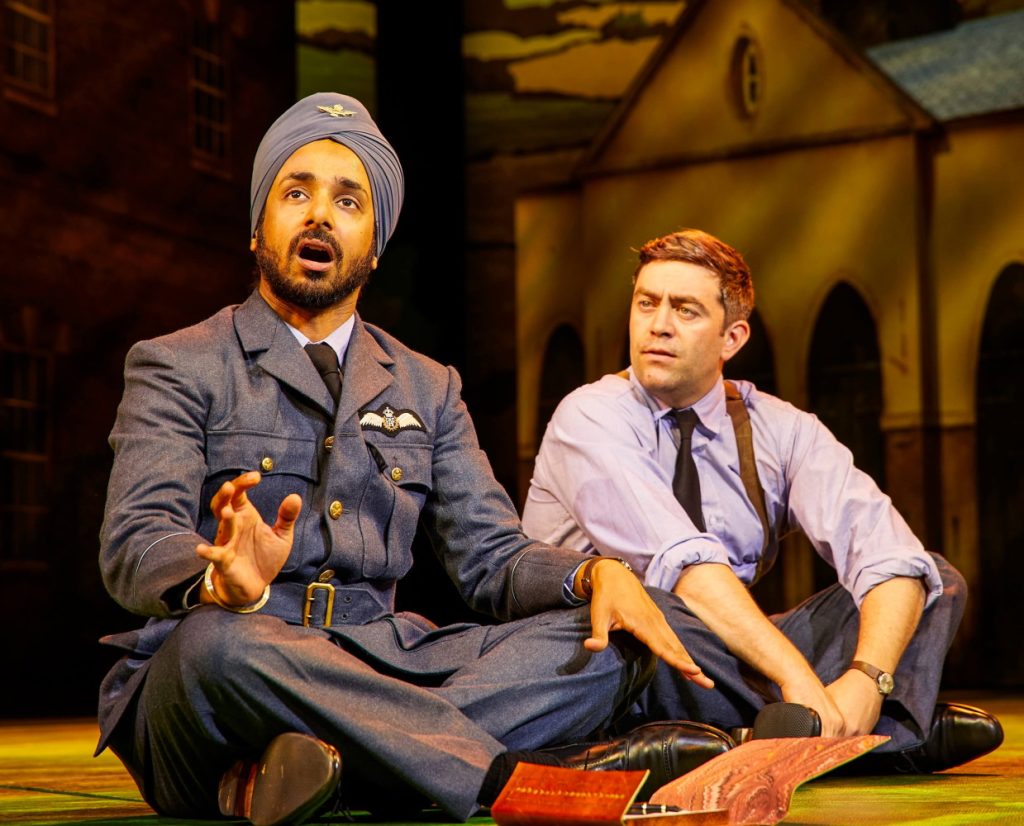 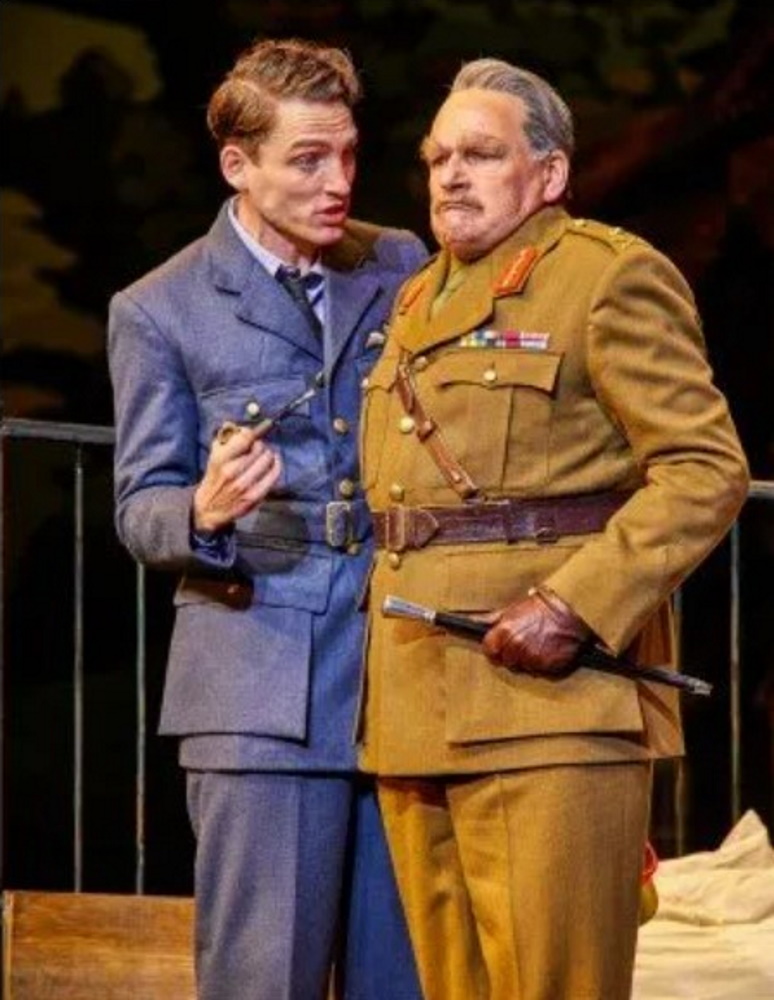 The funniest show I’ve ever seen onstage I didn’t see onstage. It was One Man, Two Guv’nors, the runaway hit that began at London’s National Theatre, went on to Broadway, and made a star of James Corden. I saw it onscreen at the Amherst Cinema, part of the NT Live series of live-captures of British plays.

I thought of it when previewing the upcoming NT Live show, Jack Absolute Flies Again, also from the National and at Amherst for two shows this month. It was co-written by Richard Bean, who wrote 1M2G, and Oliver Chris, who was in it as one of the two guv’nors. Like its predecessor, this one is freely adapted from a classic comedy, in this case Richard Brinsley Sheridan’s 1775 romp The Rivals. The authors have moved it from 18th-century Bath to 1940s Sussex, where a country estate has been requisitioned as an RAF base during the Battle of Britain.

While its foolery doesn’t hit 1M2G’s giddy heights, and its class satire doesn’t carry The Rivals’ sting, it’s a worthy successor to both. 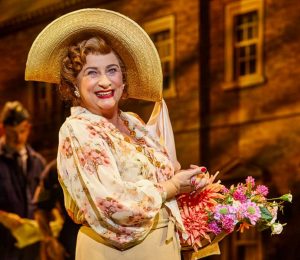 Adopting the Restoration-comedy convention of frequent asides to the audience, this goes one meta better by letting a couple of the actors also speak out of character. Caroline Quentin, as Mrs. Malaprop, an updated edition of Sheridan’s matronly language-mangler, introduces herself by explaining that she got the part because “Imelda Staunton was not available, and Dame Helen Mirren told casting that she’ll decide when she’s old, thank you very much.” In character, she praises her own plummy speech and “faultless electrocution,” and reflects on the day “my husband died and I became a window.”

Kerry Howard, as the crafty, derisive maid Lucy, delivers her commentary on the unfolding events: “Beautiful rich idiots falling arse over tit in love, and all the bleedin’ maid gets to do is oil the effin’ plot deliverin’ love letters to the wrong people.” 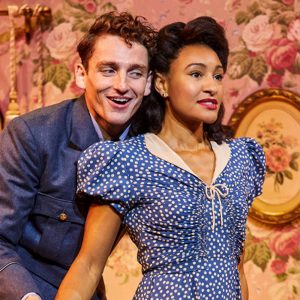 The rivals in this case are a trio of airmen who set their sights on Lydia Languish (a mercurial Natalie Simpson). She’s also a pilot, frustrated at being kept out of aerial combat because of her gender. But she’s no British Rosie the Riveter, rather a dewy upper-class snob who’s also a feminist and a drawing-room socialist, acting out her egalitarian principals by falling for the grimy, tattooed engine mechanic Dudley Scunthorpe (“Beefcake!” she cries on first spying him. “My favorite kind of cake!”) who is head-over-spanner for Lucy. 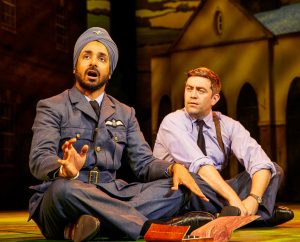 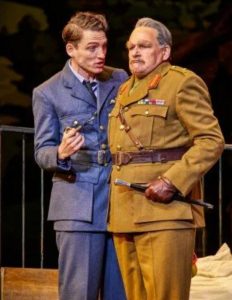 While these three fulfill their typecast roles in style, my favorites among the men were Kelvin Fletcher as Dudley (“strong, brooding and covered in engine oil,” says Lucy); Jordan Metcalfe, bespectacled and Gumby-legged as sexual innocent Roy; and above all Peter Forbes as Jack’s father, an Army general in the Colonel Blimp mold – pompous, hidebound and irascible (“Be quiet, I’m shouting!”).

The high jinks are bathed in wartime nostalgia – Mark Thompson’s picture-book set acts as a diorama, the façade of Malaprop Hall unfolding to deliver interior scenes – but there’s also an undercurrent of recognition that war is in fact hell. Two wide-screen animated sequences depict dogfights that are thrilling and scary, and a twist at the end brings us down to earth.

Amherst Cinema, Oct.6 & 22. Tickets and info here. (Don’t miss the pre-show feature, in which Oliver Chris takes a hair-raising ride in a Spitfire.)