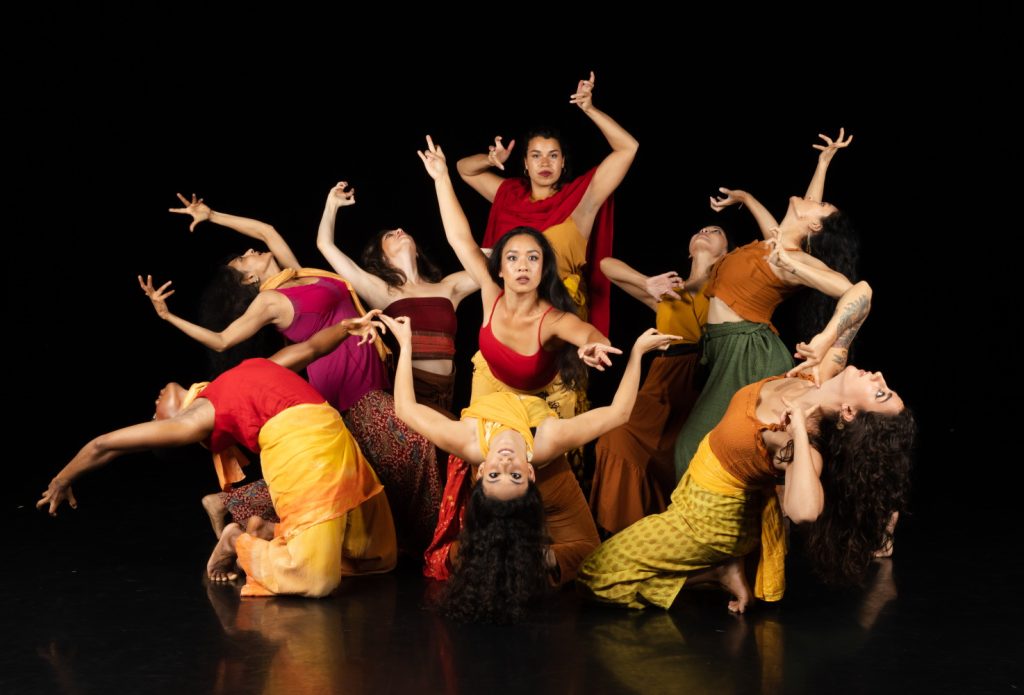 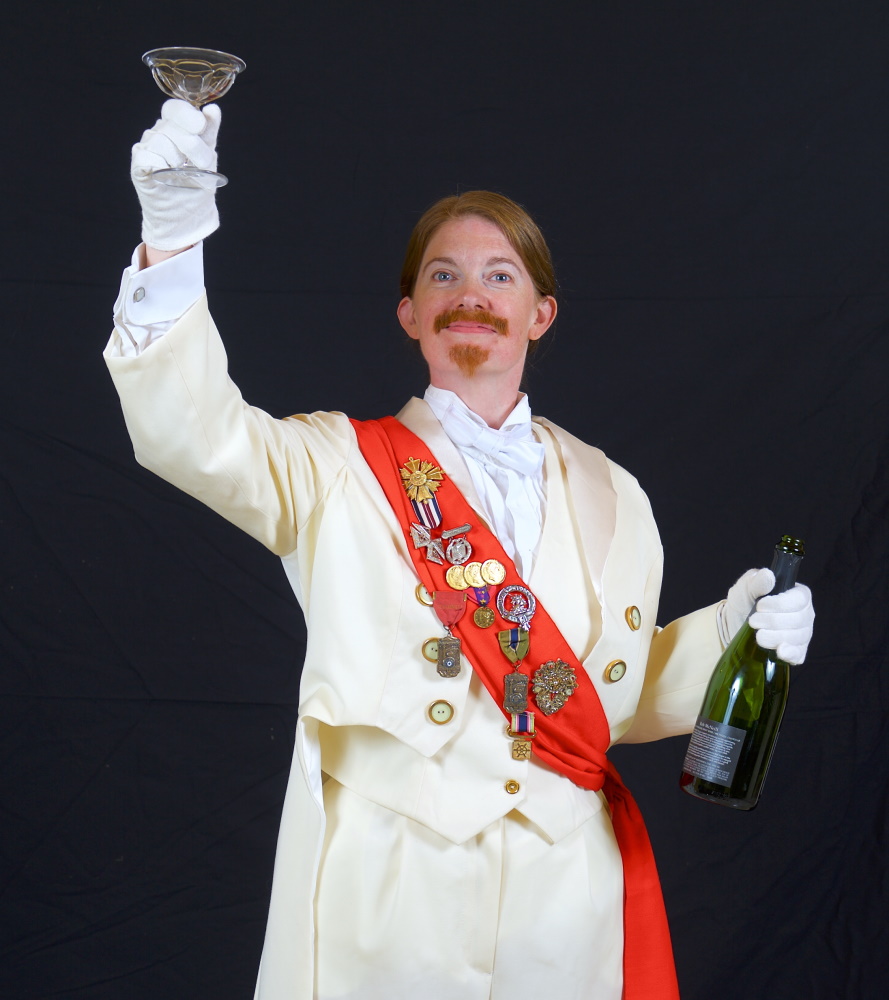 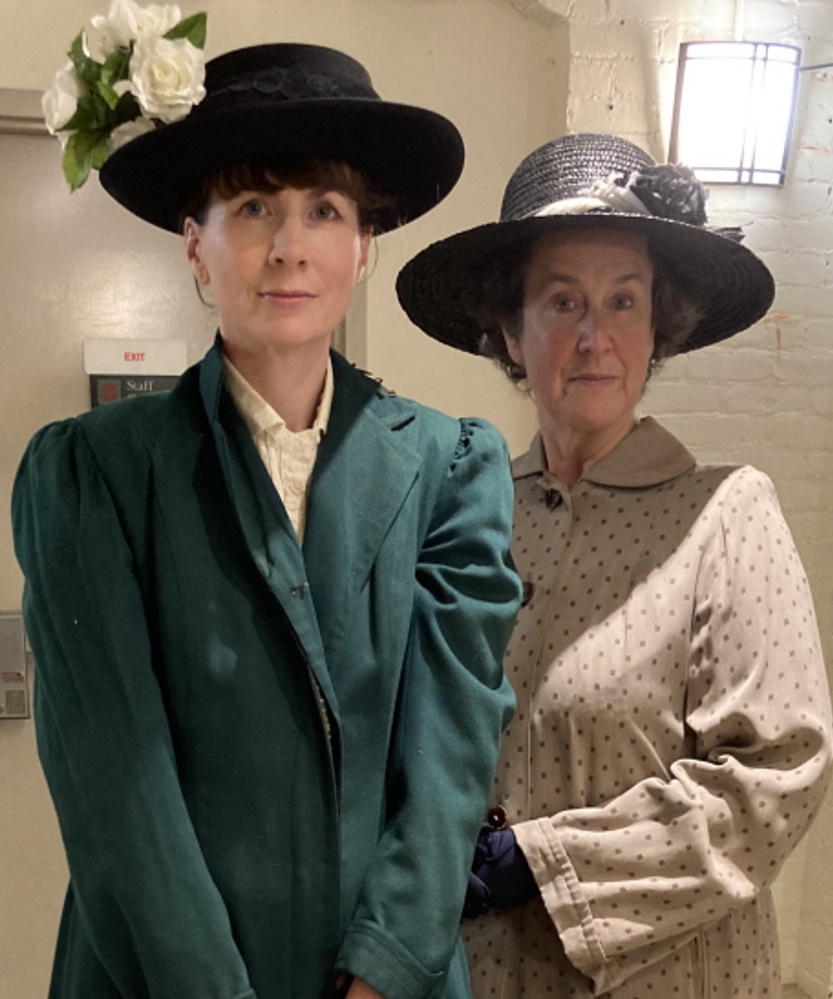 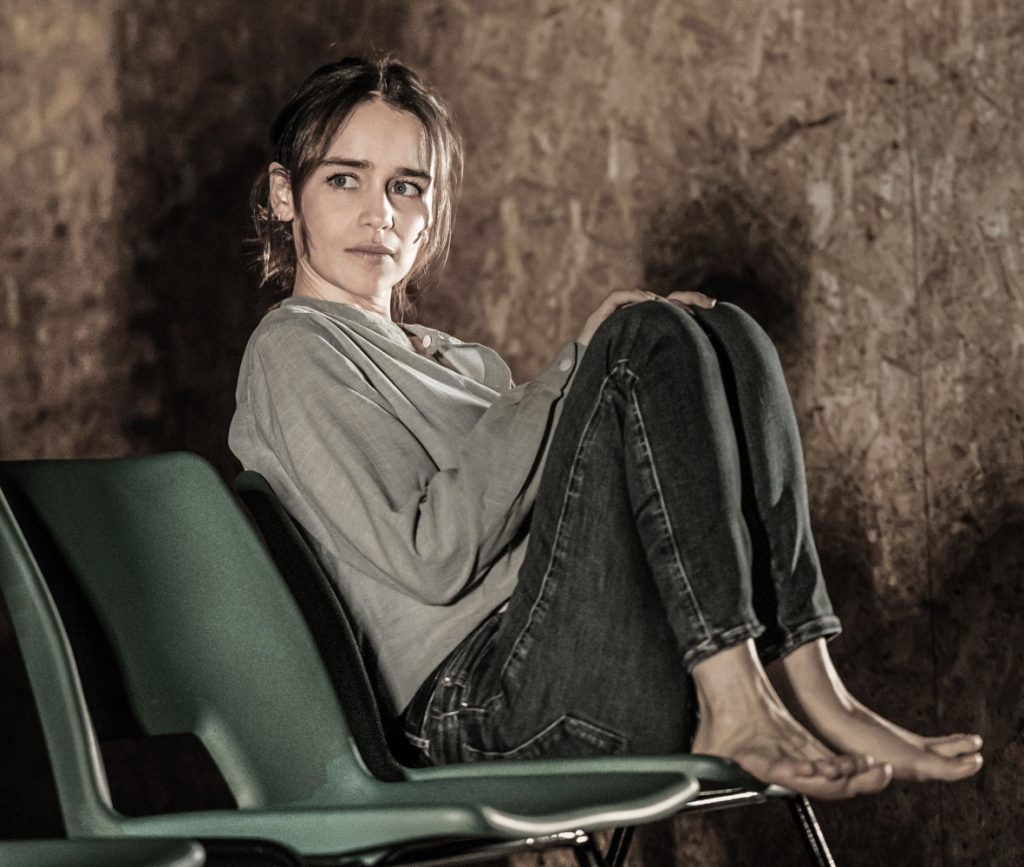 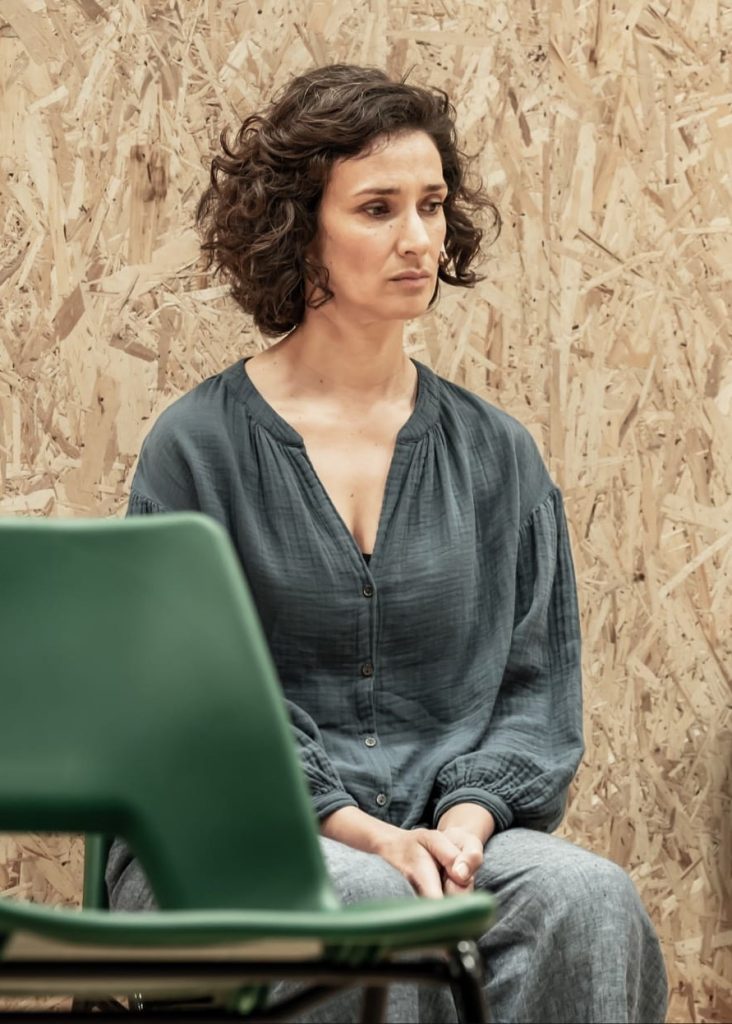 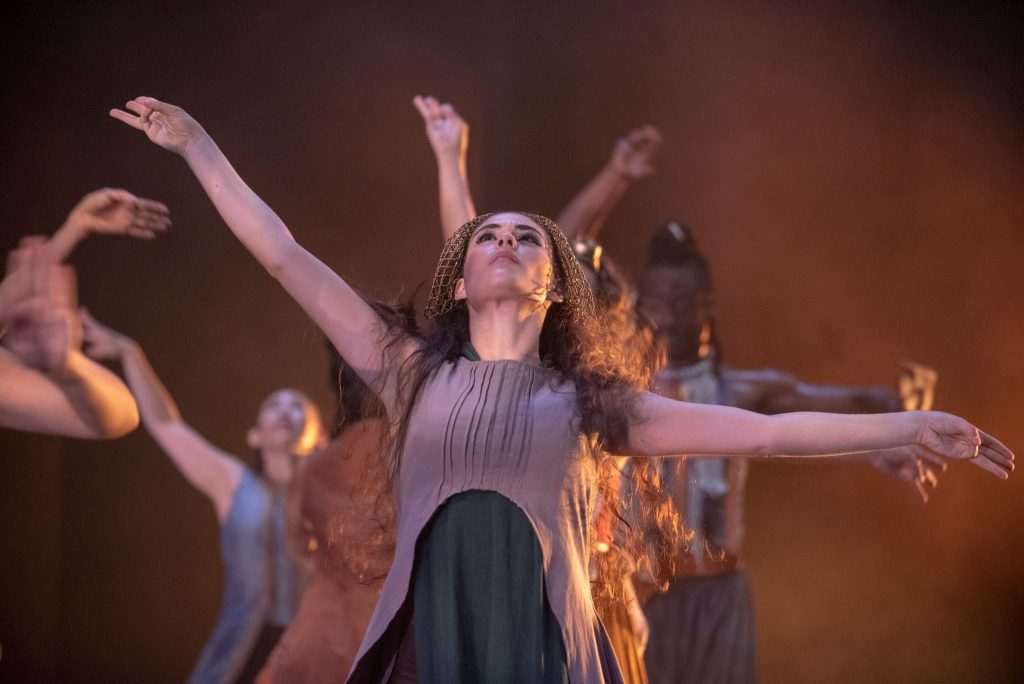 Next month on area stages (and a screen), three shows that place women front and center, bucking prejudice, expectations, even labels. Plus, a musical farce featuring a woman with a goatee.

That one first. Die Fledermaus, the fall offering from Valley Light Opera, is the perennially popular 1874 operetta with music by Johann Strauss. The title – it means “The Bat” – is misleading. It’s not a musical Dracula, but a Viennese pastry with a circuitous plot springing from a light-hearted practical joke played in revenge for another one, which involved a bat costume. It is, as stage director Thom Griffin put it to me, “a comical riot of flirtation, mistaken identity, and sumptuous music.” He added, “If one enjoys Broadway musicals, then Die Fledermaus should satisfy you greatly.” 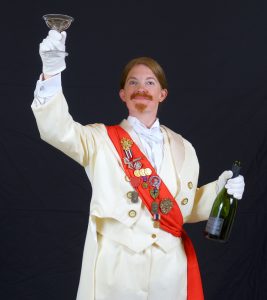 It revolves around a lavish ball where all the principals gather to engage in, well, a riot of flirtation and mistaken identity, and ends up in a jailhouse. The host of the party is one Prince Orlofsky, a “pants role” – a male character written to be sung by a woman. Here s/he’s Heather Williams, who previously appeared with VLO in a gender-switch as the title character in Gilbert & Sullivan’s The Sorcerer, written to be played by a man.

“It has been a learning curve recognizing the subtle posture differences between traditional males and females,” she told me, adding, “More difficult is not smiling too much. Orlofsky is bored with life and very little amuses him. Luckily for me, he tends to loosen up by drinking a lot of champagne.”

Performed in English, Nov. 5-6 and 11-13 at the Academy of Music, Northampton. Tickets at aomtheatre.com.

The Half-Life of Marie Curie is, according to its director, Robert Freedman, “a play about a two-time Nobel Prize-winning physicist involved in a scandal that threatened to end her career.” Discovered in an adulterous affair with a younger man, the Polish-born physicist was hounded by the press, Jew-baited and nearly shut out of the award ceremony for her second Nobel,  awarded for her discovery of radium and plutonium.

The other character in this two-hander by Lauren Gunderson is another historical figure, Hertha Ayrton, the brilliant English mathematician, electromechanical engineer and fierce suffragist. The play finds Curie taking refuge at Ayrton’s seaside home, fleeing the storm of scandal. Over 90 minutes, the women reflect on their trials, triumphs and missions. “We love our lovers and we adore our children,” Marie observes, “but our life’s passion is proof – knowing what’s true and proving it.” 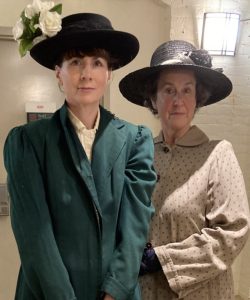 Freedman previously directed Gunderson’s Silent Sky, about 19th-century astronomer Henrietta Leavitt, whose achievements were suppressed because of her gender. Marie Curie is likewise “a compelling play about the accomplishments of women in science and the many obstacles they faced,” Freedman told me.

“Curiously enough,” Freedman said, “some men who read the script thought it passé, in that it dealt with the ‘tiresome’ subject of sexism. But the women who read it found it wonderful. Some of us,” he added with a smile, “have noticed that sexism has not exactly disappeared.” He noted that his production closes just before election day, in which the women’s vote, which Ayrton agitated for, may be pivotal in many races.

If you remember Jamie Lloyd’s postmodern makeover of Cyrano de Bergerac, shown here in the NT Live series two years ago, you won’t be surprised at his treatment of another classic play, Chekhov’s The Seagull, premiered in London this year and coming to the Amherst Cinema screen next month.

Where the former dispensed with the capes and plumes and swordplay, this one, in an updated version by Anya Reiss, is also a minimalist modern-dress rendering, the actors barefoot in street clothes against bare, chipboard walls. No samovars here, and little histrionic anguish over dashed dreams and desperate delusions. 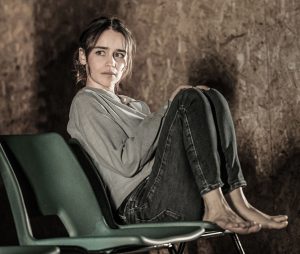 Instead, as one critic put it, we get an understated, “stripped-back, strangely gripping production. This is not Chekhov as we know it, nor theatre as we know it.”

Which is actually quite appropriate for The Seagull. One of the plot threads involves the young would-be playwright Konstantin, whose staging of a dense, experimental piece is met with scorn and bewilderment. All of the play’s main threads are stitched together through the person of Nina, an aspiring actress with more dreams than talent. She’s beloved by Konstantin but is besotted with Trigorin, a famous writer who is the lover of the flamboyant, aging actress Arkadina, who’s both a role model and a cautionary example for Nina. 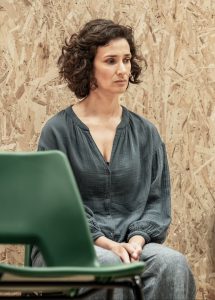 While the London production received mixed reviews – some of the critics as baffled as Konstantin’s audience – it sold out, largely because Nina was played by Emilia Clarke, the “mother of dragons” Daenerys Targaryen in Game of Thrones. The London press described her Seagull performance as “piercingly authentic” and “radiantly sincere.” Raves also went to Indira Varma (Game of Thrones’ Ellaria Sand) as Arkadina, “imperious, withering and the most lively of the cast.”

Ananya Dance Theatre is “is one of the nation’s leading performance ensembles of BIPOC women, womxn, and femme artists, dedicated to the transformative power of dance and social justice,” according to the intriguing publicity for the show coming to the UMass Fine Arts Center. The performance, Dastak: I Wish You Me, is “a meditation on home, loss, and liberation [that] explores the cross-generational love that carries global communities through difficult migrations.”

Choreographer Ananya Chattergea has described the show as “the accumulation of many stories, many struggles for justice, and many losses.” Its four sections, named for the classical elements Earth, Water, Fire and Air, respond to the stories of “so many women and femmes from marginalized communities, especially those who have suffered so much torture in state custody.” The original soundscape by Spirit McIntyre draws on varied influences, from the spirits of Santería to the streets of New Orleans.

The title, Dastak, Farsi for “knocking,” reflects the blows “of global injustices on our hearts.” The production “invites audiences to imagine what freedom is possible, as it expands the realms of intention and trans-dimensional connection through spells that invoke rest, forgiveness, love and freedom.”