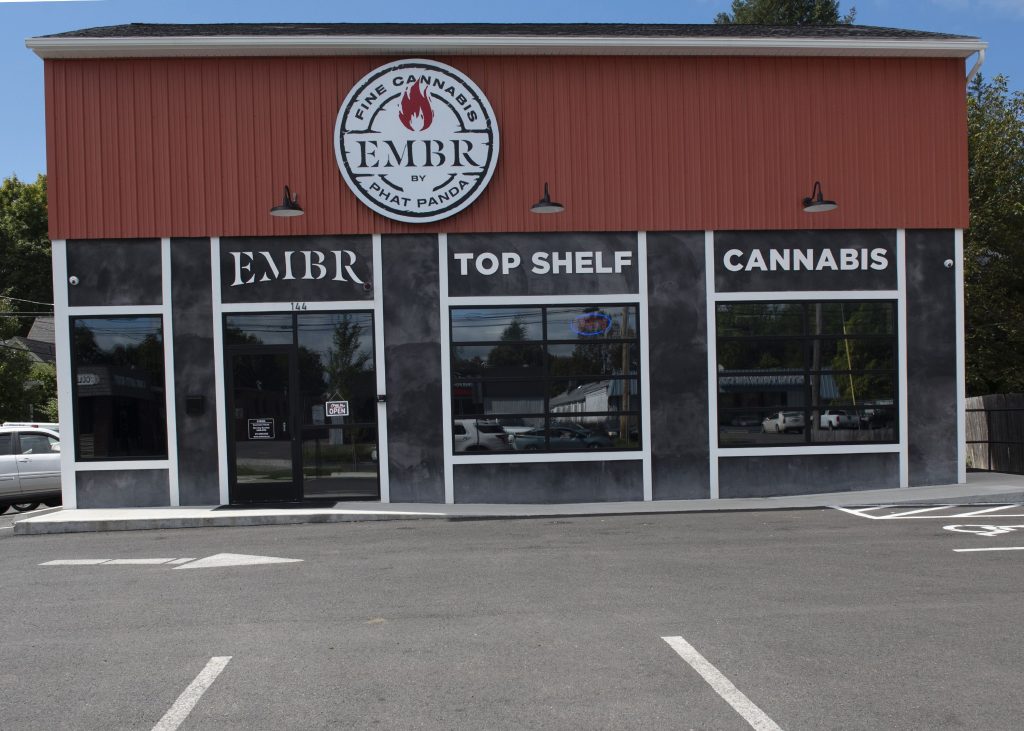 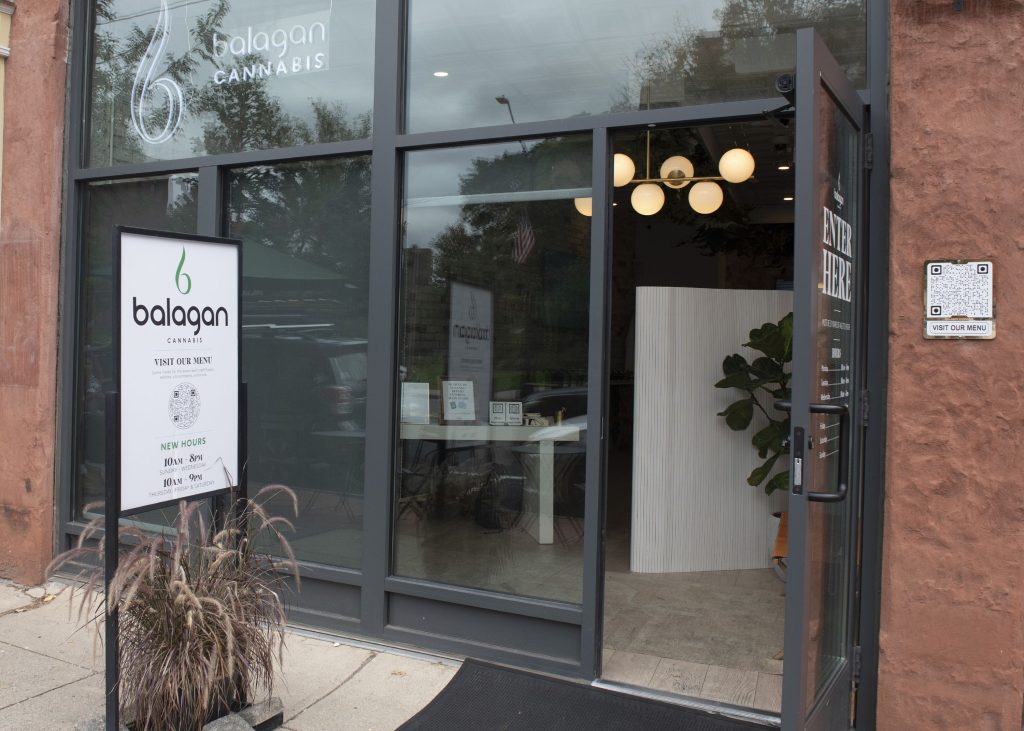 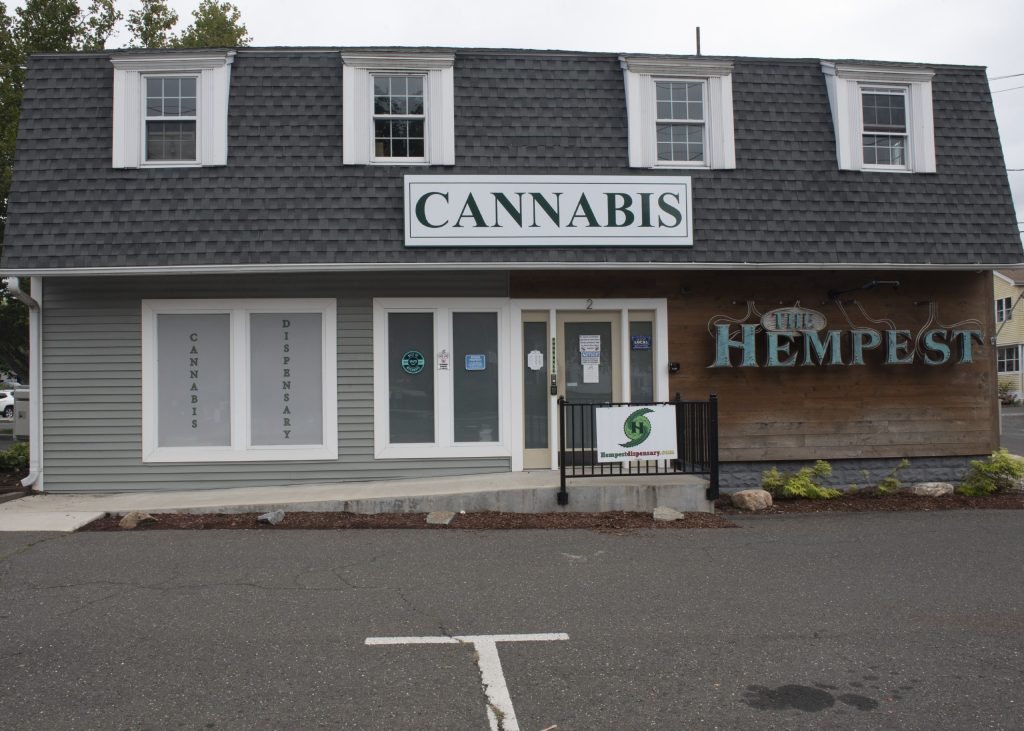 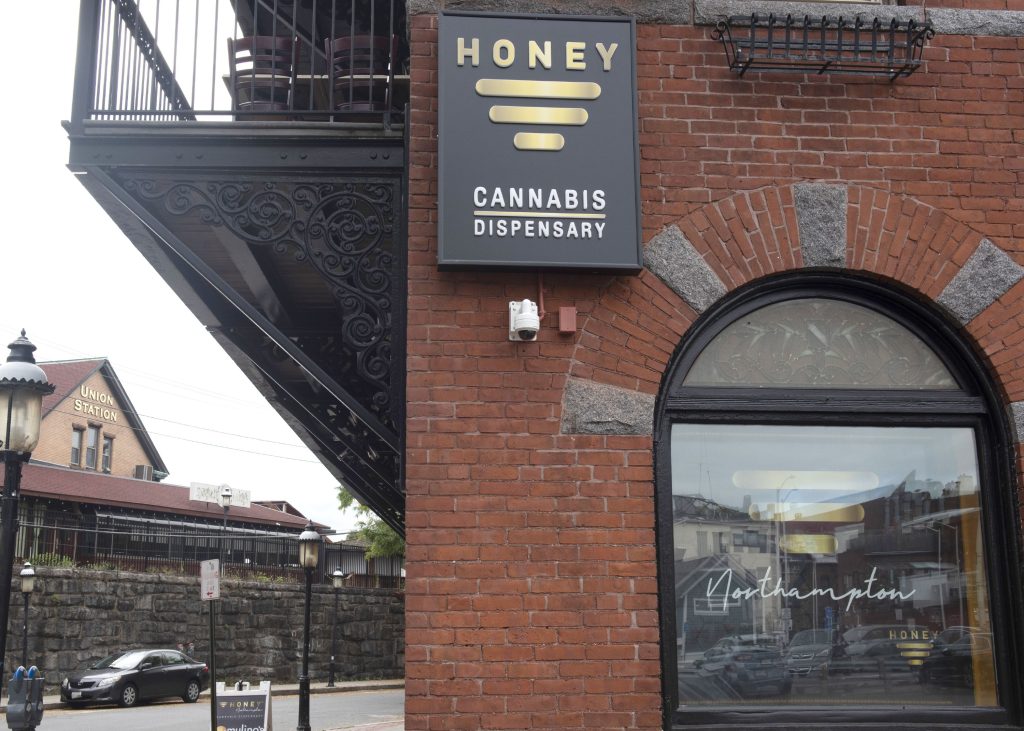 City councilors have begun to gather public input on the subject of imposing a cap on the number of marijuana dispensaries that are allowed to open in Northampton, including Florence and Leeds, but action on any formal proposal is not yet in sight.

The City Council’s community resources subcommittee invited addiction, mental health and cannabis industry experts to air their thoughts on the proliferation of dispensaries in the city — 12 are in operation today — amid ongoing controversy over Euphorium LLC’s proposal, which on Oct. 20 was denied by Mayor Gina-Louise Sciarra, to open the first such shop in Florence at the current Main Street site of Pizza Factory.

Participants in a recent roundtable were Susan Stubbs, president and CEO of ServiceNet; Heather Warner, manager of the countywide SPIFFY Coalition at the Collaborative for Educational Services (CES); Caroline Johnson, SPIFFY’s public health data and evaluation specialist; lawyer and cannabis consultant Ezra Parzybok, who is working with Euphorium; and Volkan Polatol, owner of Mulino’s Restaurant and the Honey dispensary.

Stubbs said clients using ServiceNet’s Northampton clinic — which has a dispensary next door — report that they already had easy access to marijuana before it was legalized and sold in stores, and the mostly low-income clients “are not even frequenting the dispensaries because they’re too expensive.”

She said marijuana use for adults “can be a harm reduction strategy” to ease them off hard drugs and that alcoholism is a worse problem in the city.

Johnson presented statistics from a survey of young people in Northampton and said that the number of dispensaries “has implications for youth,” including an increase in accidental poisonings. Johnson said cannabis is the No. 1 reason people 17 and under seek drug addiction treatment, it is harmful to brain development and it sets the stage for social-emotional and economic problems later in life.

“As justification for more cannabis shops, people often highlight how many alcohol retailers exist,” Johnson said, reading from a slideshow presentation. “At the exact same time, they point out all the social problems alcohol use causes in their attempt to promote cannabis. So it seems like we can all agree, at least implicitly, that there is a link between the number of retailers in a community, substance use and negative consequences.”

Johnson said the data indicate that children who live near stores where alcohol, tobacco and cannabis are sold are more likely to use those substances and that the closer the child lives to that store, the heavier their use is likely to become. In Hampshire County, according to the presentation, a higher number of dispensaries is linked to increased use among young people who already smoke cannabis or take edibles.

One of the statistics in Johnson’s presentation drew criticism from Parzybok, the cannabis consultant. Johnson said 12.1% of Northampton’s public middle and high school students reported that they have been inside a cannabis dispensary; state law forbids access by any under 21 for any reason.

“As someone in the industry who actually makes sure these are compliant, and goes through inspections, that’s an insane statistic. I would be absolutely shocked if kids were ever inside of any retail” dispensary, Parzybok said.

Polatol, the owner of Honey, had earlier affirmed the industry standard of checking the ID of every customer when they enter the building.

According to Johnson’s presentation, Parzybok said, a cap would not alleviate the problem of marijuana products “filling up principal’s desks.” The focus, he said, should be incorporating legal adult-use marijuana into the community in a safe manner and providing harm reduction education, rather than promoting abstinence.

Depictions of cannabis and cannabis use are “ubiquitous” on social media and in pop culture at large, Parzybok said.

“How do you control for that? … Are these shops actually increasing youth use in Northampton?”

Warner, the SPIFFY Coalition manager, said harm reduction is taught to adults and to young people in substance use treatment, but “when you get to high school, there’s a waiting that happens. If you were to fully embrace harm reduction, you would also be setting a norm for the younger students, an expectation that this is a rite of passage and it’s something to be expected.”

Prior to Sciarra’s decision to not sign a community host agreement with Euphorium, the proposal was the subject of two raucous community meetings in Florence. Almost uniformly, those who spoke out expressed concern about the impact on children and social service agencies like the Clinical & Support Options (CSO) mental health facility down the street.

Stubbs noted that CSO had to fight “very vigorously” against community pushback when it first announced plans to open at that site.

“It’s kind of ironic that now it’s being used as a reason not to put a dispensary when that was something they didn’t want, either,” she said. “My staff have not noticed any particular negative impact on our clientele” because of dispensaries.

Polatol said that with 12 shops open, the market appears to be “capping itself out” already. He added that safety standards in the Massachusetts cannabis industry are top-notch.

“Nobody went in six months ago and just said, ‘You know what? Let me open a cannabis shop,’” Polatol said. “All these places that opened took, literally, three to four years. … You had to go through so many compliances, regulations, inspections” and mountains of paperwork for state and city regulators for the purpose of ensuring safety.

Johnson said that shifting cultural norms can affect the rate of youth use, like an eroding sense of disapproval among parents, and there is a link between parental perceptions of substances and whether their children choose to start using.

“Voters voted for a regulated market, and one element of that is caps,” Johnson said.

In a newsletter emailed to his Ward 1 constituents, Councilor Stanley Moulton said the finance committee is likely to consider the impact of a cap, as well. He said Northampton received $1,150,577 in revenue from adult-use marijuana excise taxes in the fiscal year that ended June 30.