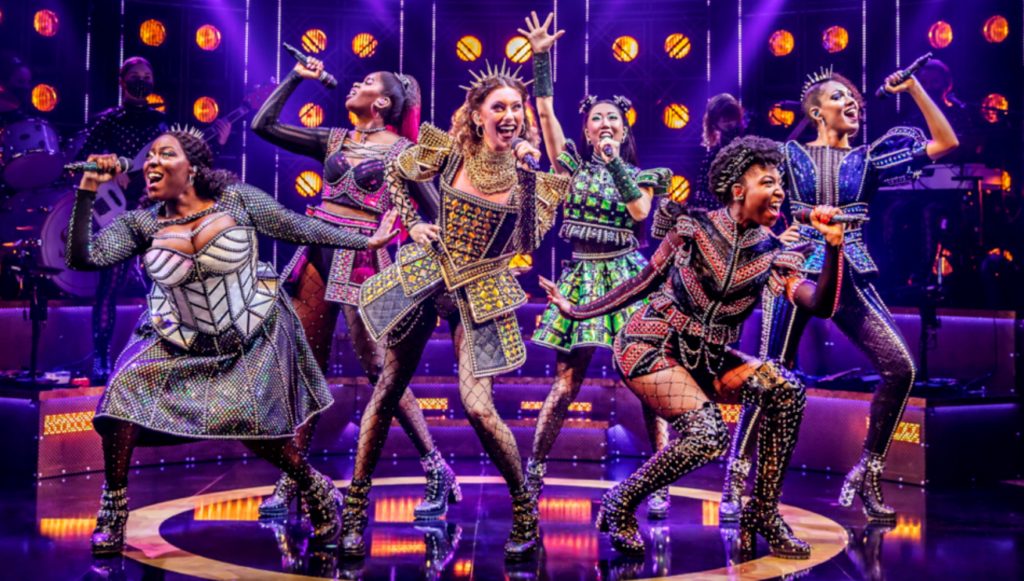 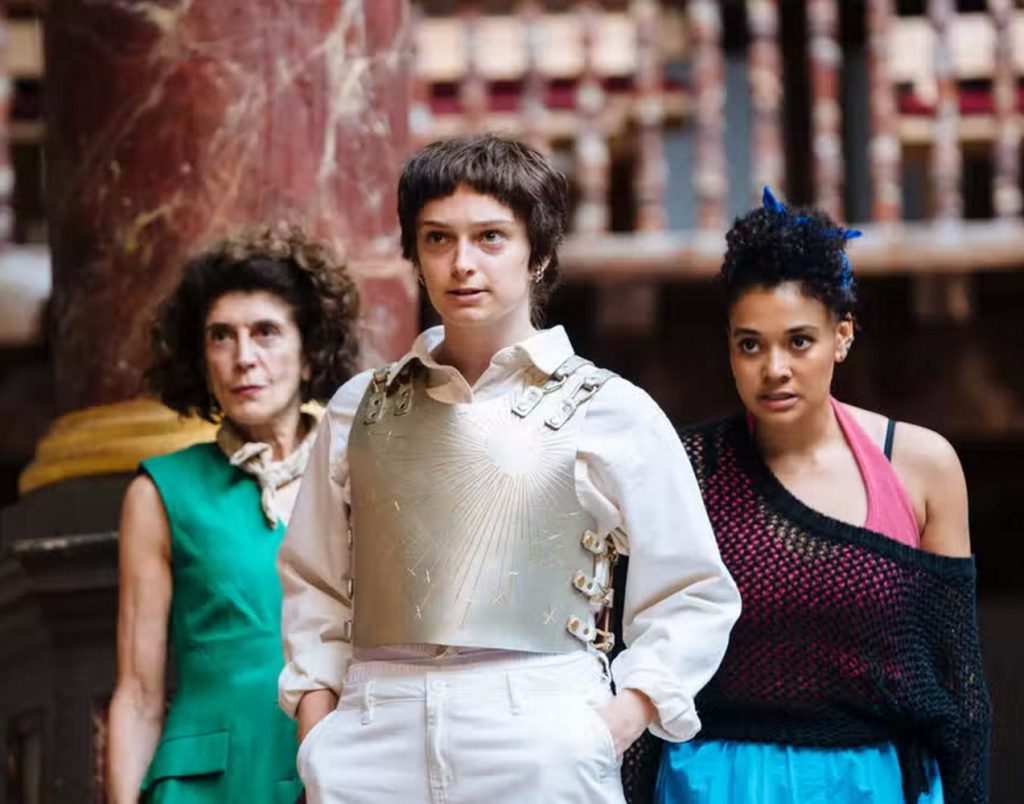 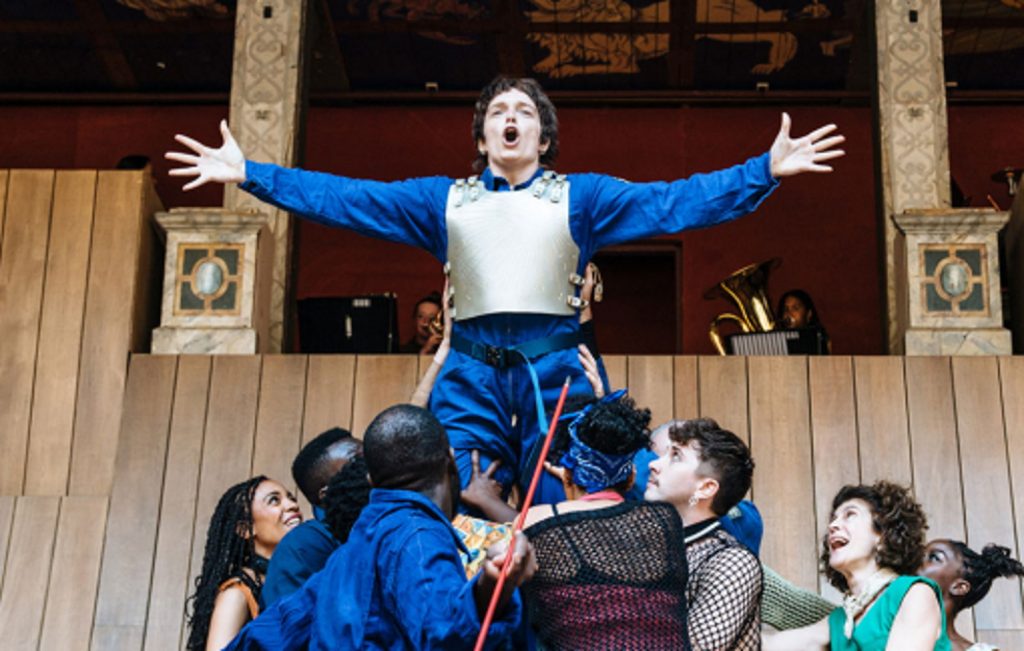 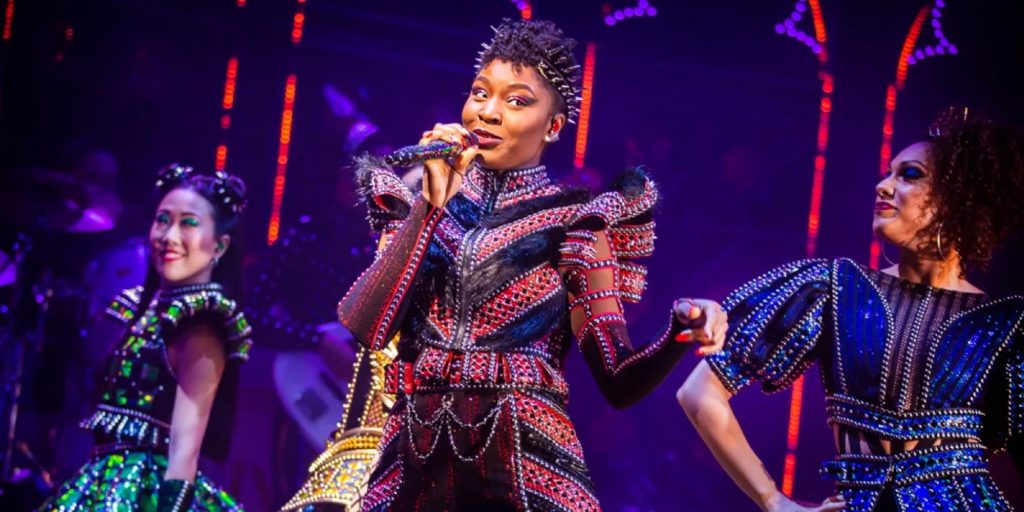 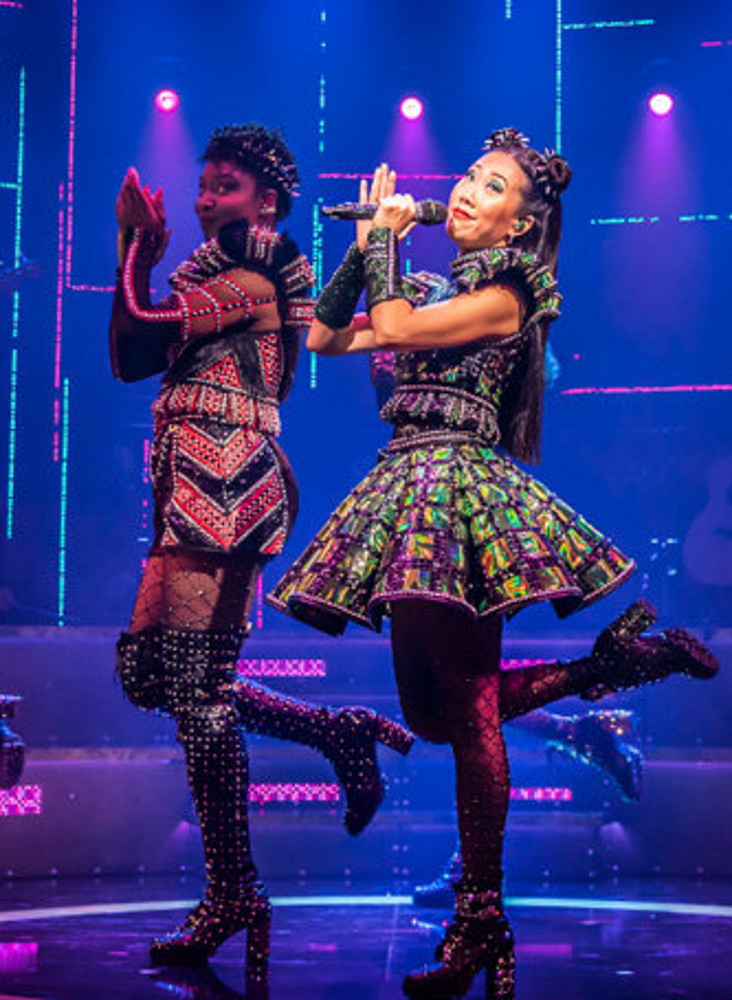 When I was in London this fall, I saw two shows that turn received history on its head. In the West End, I finally caught up with the long-running mini-musical SIX, in which the half-dozen wives of Henry VIII sing their side of the story. And at the Globe, a new, distinctly non-Shakespearean play takes a non-binary look at Joan of Arc. 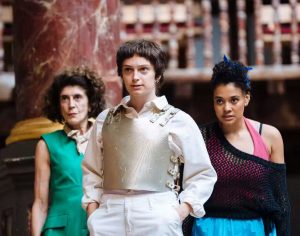 I, Joan, by Charlie Josephine, doesn’t really imagine the Maid of Orleans as non-binary; it looks at the history and draws a plausible conclusion. The historical Joan, a country girl possessed by a divine commandment, donned men’s clothes and warrior’s armor, led an army into battle and crowned a king. She (or they, as the program notes have it) pursued this goal with the kind of single-minded confidence that is a hallmark of male privilege.

The character’s journey here is drawn on parallel lines – the biographical road from farmstead to battlefield to the fiery stake, and Joan’s slow understanding of a dawning truth: “I’m not a waif, a warrior, a wife, or a woman. I mean, I’m not a woman.” The first arc is well-traveled; the other one is at once surprising and satisfying, in a “Oh, of course!” kind of way.

Joan’s well-known legend isn’t told in the usual way either. There’s no conversing with angels in the fields; rather, Joan addresses moments of wonder and confusion, fear and doubt to us in the audience – especially the standing-room “groundlings” clustered around the Globe’s thrust stage – as if we were the heavenly host demanding action and self-knowledge. Within that there are lovely meta moments, when the show recognizes its here-and-now self: “I’ve never seen myself on stage before,” Joan marvels. “Thank you so much!”

With the exception of Joan’s iron breastplate, the costumes are contemporary street. Joan’s army is a multi-racial and -generational ensemble of breakdancers. When I saw it, the week after the funeral for Queen Elizabeth II, an unintentional topicality got a knowing chuckle when Charles, the sulky Dauphin, is reminded how long he’s been waiting to become king. 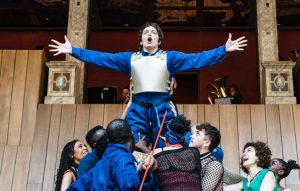 Isobel Thom is a Joan both rousing and touching, playful and tough – and is non-binary themself. The production team is nearly all female – almost all their program credits use she/her pronouns – including designer Naomi Kuyck-Cohen, choreographer Jennifer Jackson and director Ilinca Radulian, as well as the four-piece band perched above the stage, scored by Laura Moody for trombone, tuba and two percussionists.

Even before it opened, the show was a controversy magnet. “Woke silliness at its worst” headlined one review; others accused the play of “violating history,” and Shakespearean traditionalists tut-tutted that the Globe, of all places, shouldn’t be messing with the language he helped create.

More crimes against history, custom and decency are being loudly committed in the West End, where another set of legendary women are giving the finger to the monarch who made them famous.

SIX has been running in London for four years now and on Broadway since 2020. (It was born, like Rosencrantz and Guildenstern Are Dead and Fleabag, at the Edinburgh Fringe.) In it, the six wives of Henry VIII come back to “pick up a pen and a microphone” and announce, “History’s about to get overthrown.” 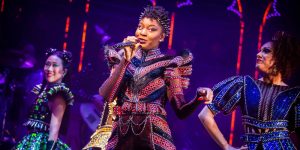 The 75-minute show, written by then-undergraduates Toby Marlow and Lucy Moss, is structured as a friendly competition. Strutting the Vaudeville Theatre’s pocket-size stage in dazzling Tudor-punk outfits, each of the six wives vies to lead the onstage (all-girl) band, The Royaling Stones, with a song that makes her case for most-mistreated.

The show owes not a little to Hamilton, giving dusty history a roguish remix with a defiantly mixed-race case and score that mingles rock and rap. It kicks off with a spoken rollcall of ultimate ends: “Divorced.” “Beheaded.” “Died.” “Divorced.” “Beheaded.” “Survived.” They’ve all suffered “too many years lost in his-story,” as detailed in their spotlight numbers.

Catherine of Aragon (played by Amy Di Bartolomeo when I saw it) leads off. Discarded after failing to produce a male heir, she tells her sovereign she won’t go quietly: “You wanna replace me, baby, but there’s no no no no no no no way!” 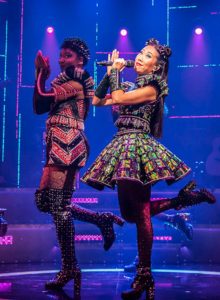 Jane Seymour (Rachel Rawlinson) declares as she’s dying that her love for her erratic husband is “unbreakable.” The German princess Anne of Cleves (Dionne Ward Anderson) taunts him: “I’m the queen of the castle, get down, you dirty rascal.” Katherine Howard (Tsemaye Bob-Egbe) revels in the free-spirited sexuality that got Henry’s attention until bestowing it elsewhere got her the chop.

In contrast to the mostly rollicking score and mostly pissed-off reminiscences, Catherine Parr (Meesha Turner), the queen who survived, sings wistfully of the true love she gave up to marry at the royal command.

The overall feel of the show is liberated joy at finally being seen. Which goes for the s/hero of I, Joan too.