Stagestruck: Putting Down My Pen 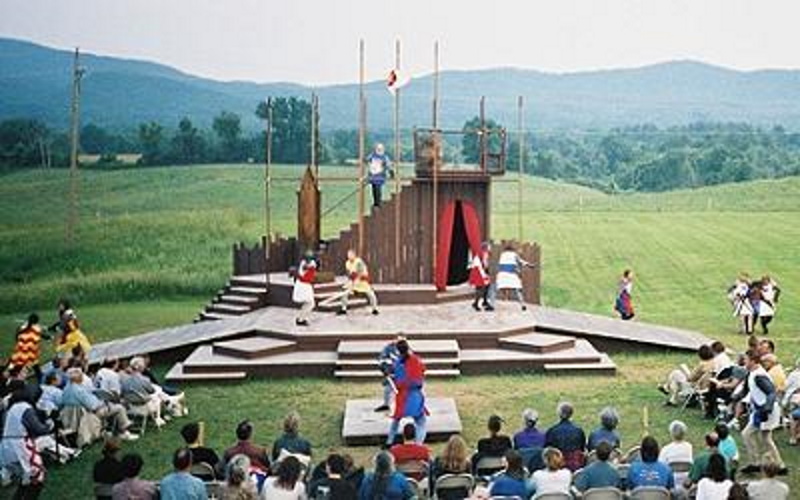 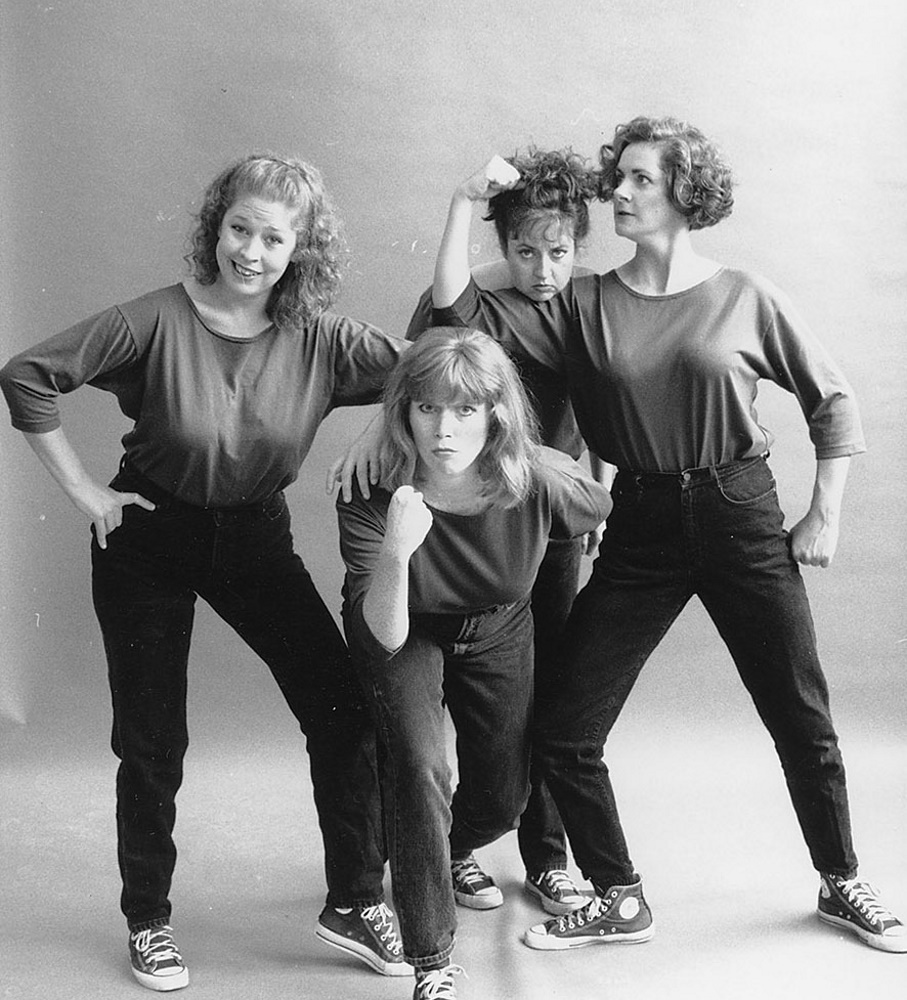 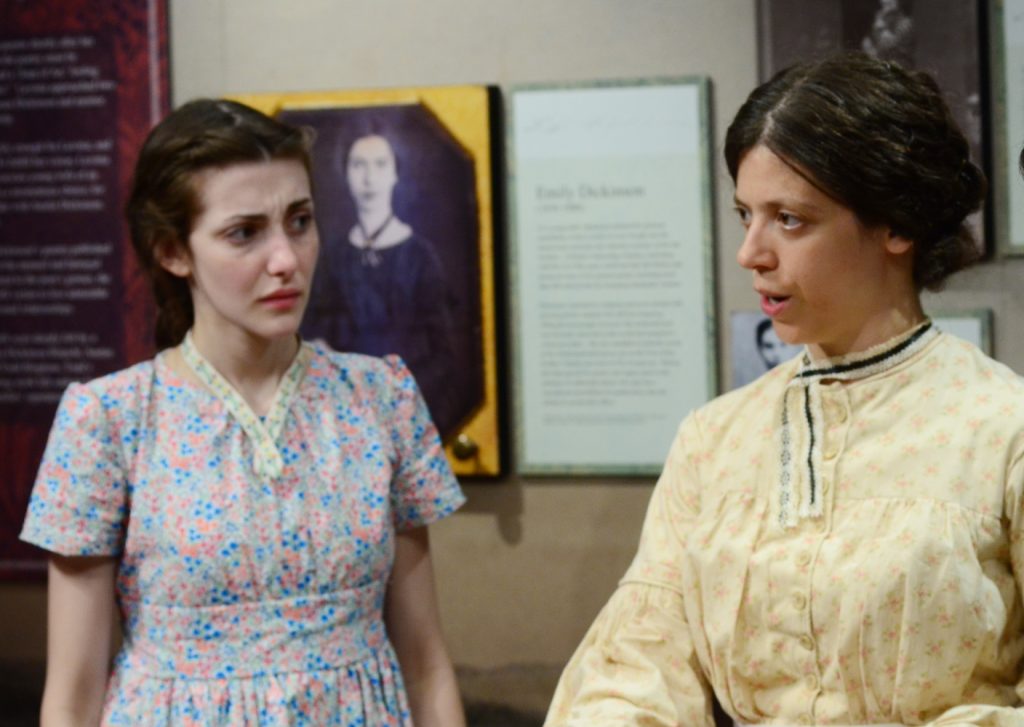 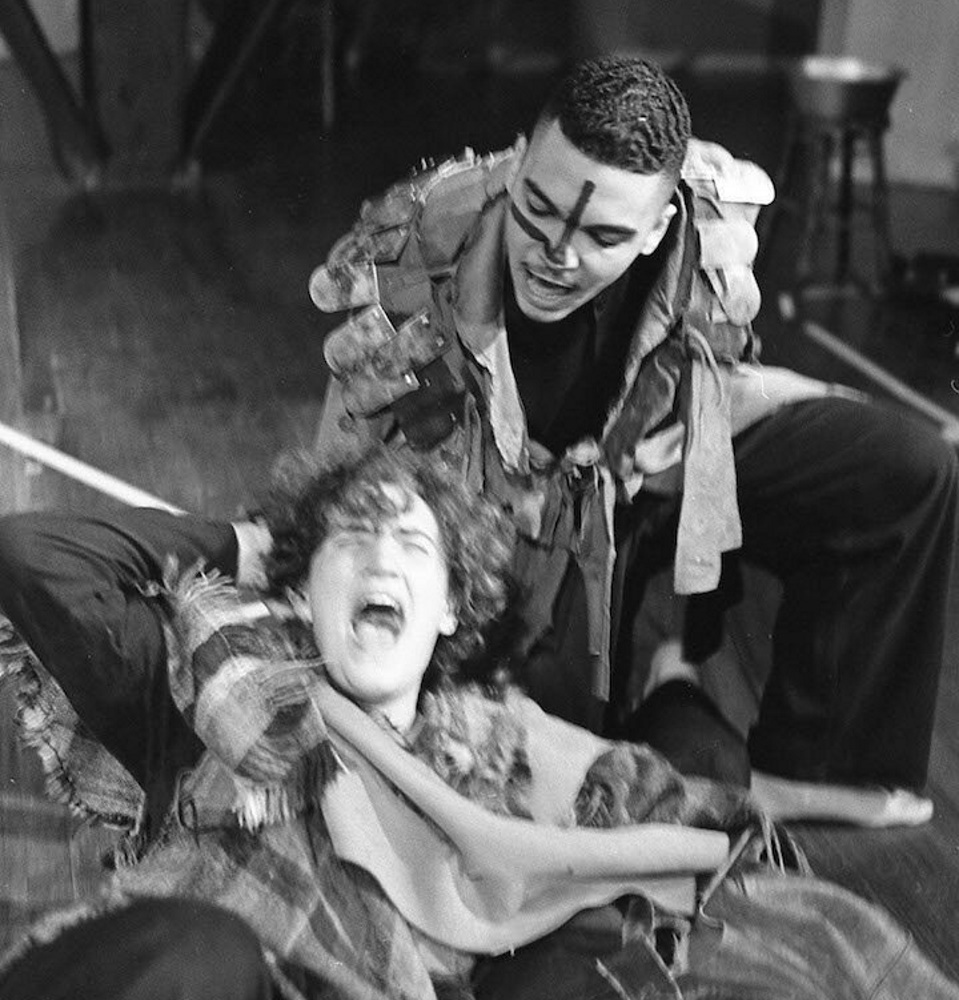 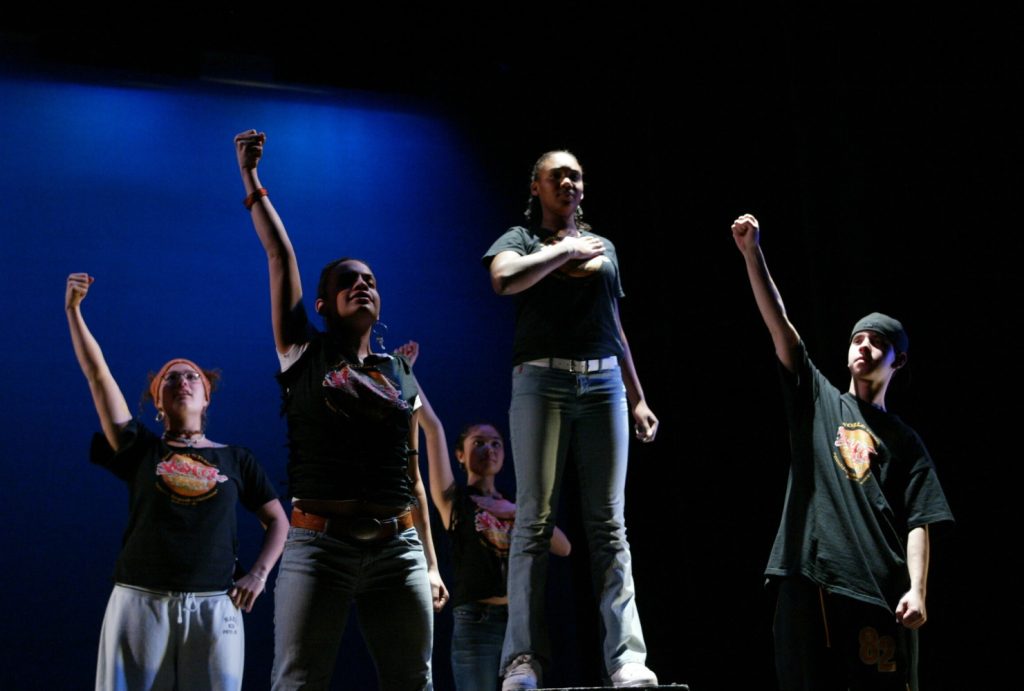 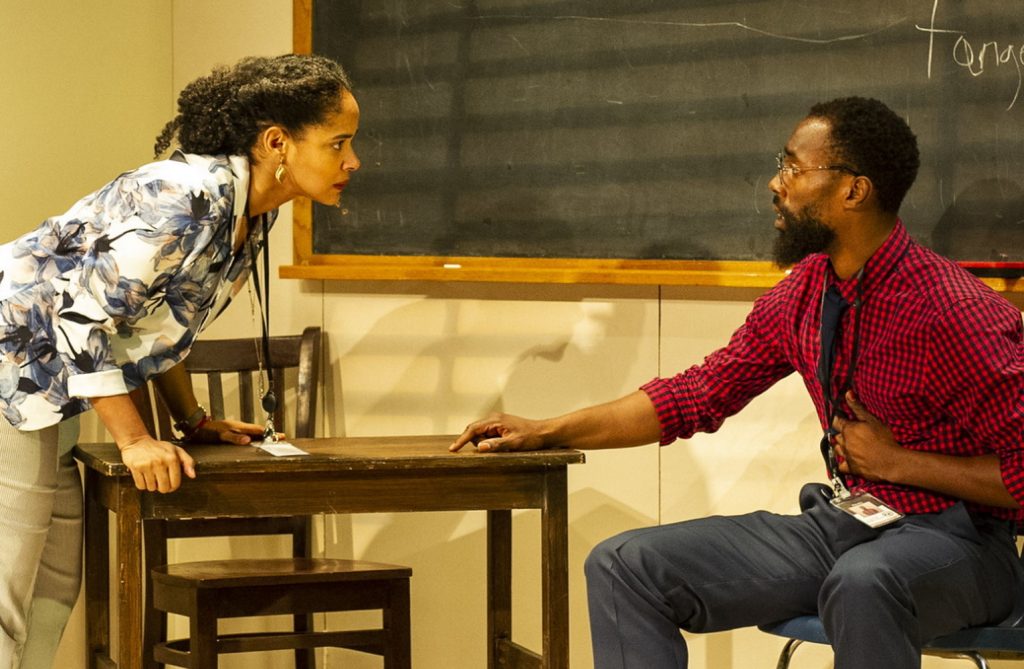 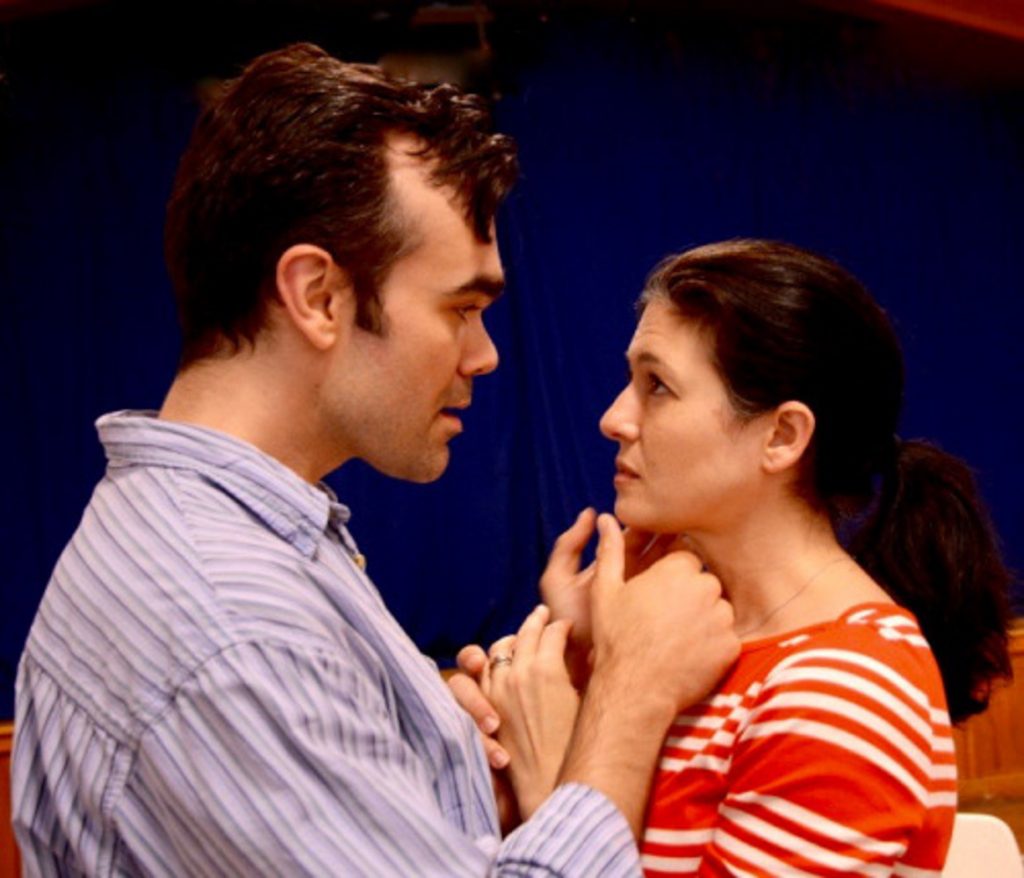 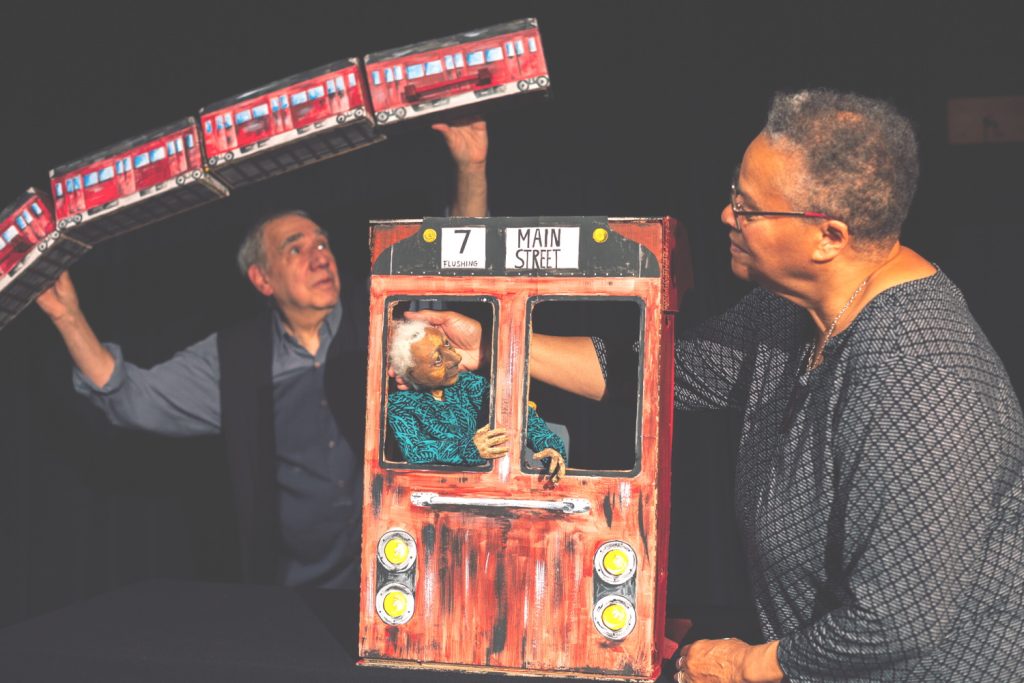 I filed my first article for the Advocate in May 1986. This one is my last.

After 36 years and some 2,000 reviews, previews, features, interviews and musings, I’m giving up my ticket to the critic’s proverbial aisle seat and taking my place in line at the box office.

Having this gig has been a great gift, and looking back, my mind’s eye is crowded with memories, most of them worth keeping. Much has changed in these decades, but I’m also struck by the constants. Young artists are still attracted to the area by its creative ferment, it’s still somewhere between difficult and impossible to earn a living with your art, and performance spaces are still bloody hard to find. 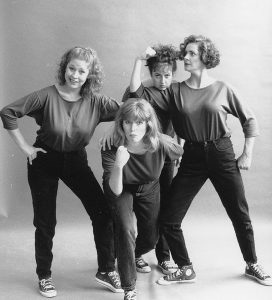 That last hindrance, a persistent through-line, has also been a remarkable lesson in theatermakers’ endless resilience and resourcefulness. The mother of invention has given birth to productions in unusual but delightfully appropriate spaces, some of which make their venues into the plays’ milieus.

In the ’80s, Present Stage traipsed their epic spectacle The Dragon through the streets of Northampton. In the Aughts, Pauline Productions set Shiloh Rules, about Civil War re-enactors, in Goshen’s stone-walled Three Sisters Sanctuary. In the ’teens, Old Deerfield Productions (now Eggtooth Productions) took us on John Bechtold’s immersive journey through the streets and byways of Greenfield, and 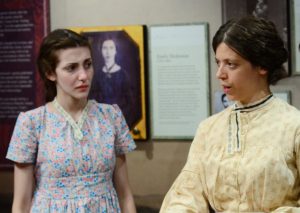 TheatreTruck resurrected Emily Dickinson in the poet’s Amherst Homestead. This year, Annie Baker’s The Flick, set in an old movie theater, was played in the seats and projection booth of the Academy of Music. And in the Valley’s most enduring site-specific constant, every summer Double Edge Theatre’s Ashfield farm becomes the setting for peripatetic adventures with a roving audience.

Meanwhile, as prohibitive rents have expanded the epicenter of Valley arts from Northampton into neighboring towns and cities, the creative urge is crafting solutions to the space issue. Gateway City Arts has quarried a multiarts center out of an abandoned Holyoke factory, Hawks & Reed Performing Arts Center has become Greenfield’s downtown arts anchor, Easthampton’s CitySpace is restoring the auditorium in the old town hall, and the reborn Shea Theater is leading an urban revival in Turners Falls.

In Northampton itself, the Community Arts Trust provides a bare-bones performance space and headquarters for the revived Center for the Arts, while creating a desperately needed flexible black-box theater. And the Academy of Music has recaptured its original purpose as an elegant playhouse.

Over the years, I’ve been particularly drawn to the quirky and experimental in theater, to the socially and politically motivated, and above all to the multidisciplinary and multicultural. The Valley has an abundance of all these strands, and they often intertwine. 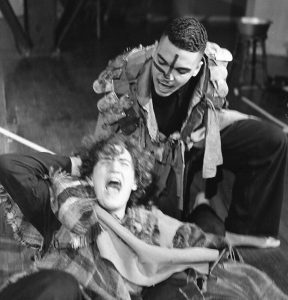 My very first Advocate piece was a review of one of No Theater’s enigmatic sleight-of-mind shows in the A.P.E. performance space on the top floor of Thorne’s. The Ko Festival, whose 20-year run ended last summer, was a kaleidoscope of on-the-edge performance art. Sandglass Theater’s world-class puppetry in Putney, VT, engages knotty current events along with their exuberant family shows.

Serious Play, whose movement-based pieces reflect on power and identity, began as a workshop for teens, some of whom are now founder-members of Real Live Theatre. The feminist Sleeveless Theatre took satirical aim at topical targets with their weapon of choice, the funnybone. Their shameless sketch comedy inspired the Villa Jidiots and the Ha-Ha Sisterhood, now, as the Ha-Ha’s, a core crew at Happier Valley Comedy.

From the outset, I followed the work of UMass-based New World Theater, whose 30-year championing of works by and about people of color embraced a worldwide range of forms, nurtured countless artists and new plays, and mentored a hip-hop generation of young people. That work is mirrored in Springfield and Holyoke by the Performance Project’s First Generation ensemble of inner-city youth, many of them recent refugees from African and Asian battlegrounds. In Northampton, the multiracial Chrysalis Theater collective’s poetic metaphors of social crisis and stubborn hope forged community from broken dreams.

In the early ’teens, I began posting annual rundowns on gender and ethnic representation – or lack of it – in area theaters, on- and offstage. Then as now, the vast majority of Valley companies have woman leaders and founders. In their philosophies and programming, the likes of Jeannine Haas at Pauline Productions, Andrea Hairston at Chrysalis Theatre, Sabrina Hamilton at Ko, Priscilla Hellweg at Enchanted Circle Theater, Lucinda Kidder at Silverthorne Theater, Stacy Klein at Double Edge, Linda McInerney at Eggtooth, Sheryl Stoodley at Serious Play, Pam Victor at Happier Valley, and others have outpaced the national scene, where women playwrights, directors and designers, as well as plays with women at their center, are only gradually approaching anything like parity.

Over time, the Berkshire theaters have recognized the imperative to make their casts and creative teams more inclusive. Shakespeare & Co has been the leader in “color-blind” casting, adding a long-overdue layer to theater’s traditional suspension of disbelief. Barrington has followed suit, while developing impressively diverse programming (this past summer, four of its seven productions centered on people of color). The same goes for half of last season at BTG, spurred like many white-majority theaters by the national wake-up call heard in the uprisings after George Floyd’s murder.

The Five College theater departments have themselves steadily become more daring and inclusive. While Hampshire has always been a student-driven engine of innovation, UMass, once a bastion of the standard repertoire, is now a champion of new work from diverse voices. Smith and Mount Holyoke have capitalized on their single-sex status to promote women playwrights and often to give old plays fresh life. And the departments are a constant source of new blood for the Valley scene, as some in each generation of theater majors decide to stay.

If the Advocate’s early years coincided with the first flowering of Valley theater, when Hamp was finding its inner Noho, my early columns noticed new theaters putting down lasting roots. 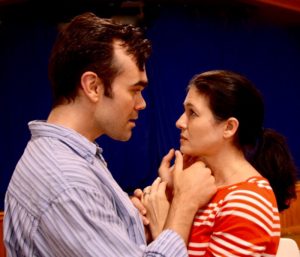 Also in ’91, after Mount Holyoke’s summer theater folded its tent-in-the-round, two of its veterans, Jack Neary and Sam Rush, founded New Century Theatre on the hope it would survive past Y2K. It did, and for nearly three decades it was the Valley’s tentpole theater, both a magnet and a stimulus.

In 1997, Danny Eaton carved a playhouse out of the old Majestic Theater in West Springfield as a permanent home for his itinerant company, building it into the Valley’s most successful year-round theater. The elder in this assembly is the Hampshire Shakespeare Company, founded in 1987 by Brian Marsh and Tim Holcomb in the garden of the then-Lord Jeffery Inn and dedicated to lively, accessible productions of its eponym’s plays.

What I love most about live theater is precisely what separates it from movies and TV – its in-person immediacy and impulse. In a column ten years ago, I offered a kind of definition of what theater means to me, the powerful magic that keeps me coming back for more:

People in the dark watching people in the light. Performers enacting a private reality while drawing their energy from the auditorium’s collective breath. The mysterious compact between actors and audiences, a shared understanding that without each other we don’t exist.

I owe so much to all the theater-makers I’ve mentioned above, and to so many more – the people onstage and off who have given me, and all of us, such delight and laughter, so many lumps in the throat, so much delicious and nourishing food for thought. I hope I’ve managed to express this in various ways over the years, but I’ve never actually said it: