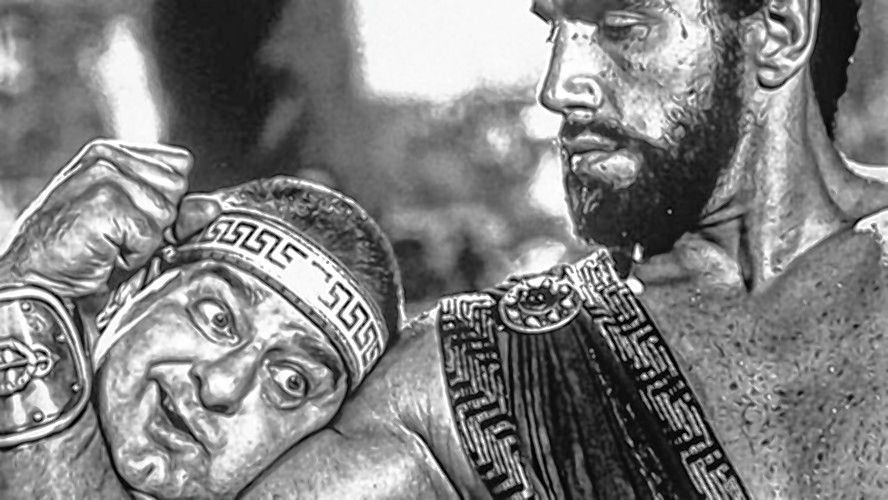 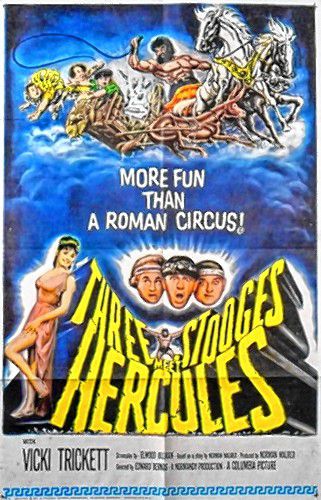 As Kenny Rogers wisely sang, “You gotta know when to hold ’em, know when to fold ’em.” There have been many performers who have ignored this advice, plodding right along with their careers when they should have called it quits.

Roger Moore as James Bond in A View to a Kill? Take away his Geritol and Bond is done. Sting and Bono? Their egos are more bloated than anything in the Macy’s Parade. (Don’t laugh, Springsteen, you’re next).

Then there is the sad case of The Three Stooges.

Quick, painless history lesson: The Stooges’ first theatrical short, in 1934, featured Moe Howard, Larry Fine and Jerry “Curly” Howard, replacing brother Shemp from their stage days. When Curly died, Shemp returned. Then Shemp passed away while lighting a cigar and cracking a joke (no joke). So the studios brought in “Fake Shemp,” a stand-in actor seen only from behind. At this point most would conclude that the Stooges had eye-poked the shark.

Undaunted, however, Columbia Studios teamed Moe and Larry with the horrendous Joe Bessier, a thoroughly wimpy Stooge (he had a clause in his contract prohibiting him from being hit excessively, which undermined the whole sado-slapstick concept of the act).

But this was still not the Stooges’ final “nyuk.” Columbia sold them to Screen Gems, which kept them on life support in a series of feature-length movies — which brings us to 1962’s The Three Stooges Meet Hercules.

Stooges Moe, Larry and (acceptable but unremarkable) newcomer Joe DeRita work at a pharmacy in Ithaca, New York. Their nerdy neighbor constructs a time machine and inadvertently sends himself, his girlfriend and our aging trio back to Ithaca, Greece, circa 900 BC, where a dumb plot unfolds involving the lecherous King Odius and his henchman Hercules.

I’m going to go out on a limb here, but I suspect many fans, myself included, prefer the Stooges frantic and slapstick. Movie bigwigs apparently decided people would like them lethargic. There are some hammers to the noggin and ceramic cups to the cranium, but for the most part this is a pretty genteel affair.

We are promised a battle between The Stooges and the dreaded nine-headed Hydra, but the special effects crew must have been on siesta because the clash takes place offscreen.

Stooges’ shorts were around 20 minutes long. So how does the studio fill out the 90-minute running time here? Lots of sword-and-sandal stock footage rears its ugly head. There are a few chuckles to be had when a slimeball named Achilles the Heel shows up, but otherwise the humor is on the level of this exchange between Joe and Moe: “We’re outmanned.” “You’re outbrained, too.”

Remember the big chariot race in Ben Hur? This movie’s finale boasts an encounter between one measly cart and a pie wagon (Moe does take a chariot-wheel spike up the rectum, though — an accomplishment brawny Charlton Heston could never brag to the NRA about).

Suffice it to say that with this movie the once-great Stooges officially entered the ranks of such past-their-prime showcases as Archie Bunker’s Place and AfterMash.

Somewhere up in Heaven, Curly may be dope-slapping Moe and Larry for not having known when to fold ’em.