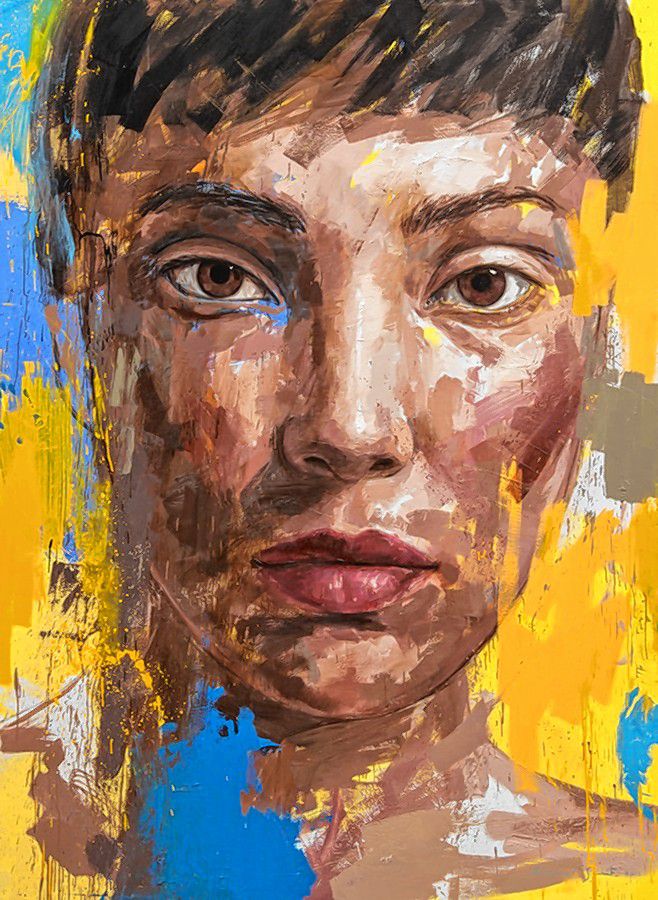 One of South Africa’s most noteworthy young artists, Lionel Smit creates sculptures and paintings on canvas — done in bronze or in painted resin — that manifest his ongoing fascination and respect for the indigenous peoples of his country, notably the Cape Malayan peoples. In his sensitive but bold works, Smit — who grew up in the era of Apartheid — reveals layers of undiscovered richness that lie beneath each face he sees in the neighborhoods around his Cape Town studio.