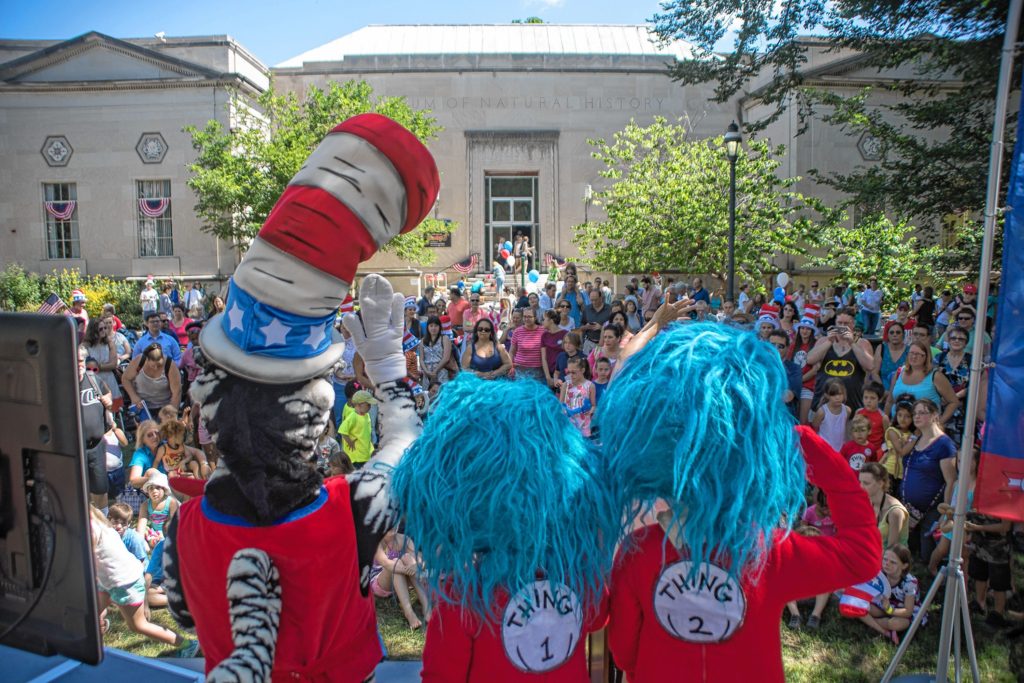 A crowd of several hundred people, made up largely of children, packed the lawn of the Springfield Museums Quadrangle on Tuesday morning in eager anticipation of a stump speech by the self-proclaimed “children’s candidate,” the latest to enter the presidential fray. The Cat in the Hat had announced his candidacy just that morning alongside his blue-haired running mates, Thing 1 and Thing 2, on the front steps of the childhood home of his creator, Theodor Geisel, better known as Dr. Seuss. Running on the platform of education, kindness, and green eggs and ham for the hungry, the Cat drew enthusiastic support from local politicians as high up as Gov. Charlie Baker’s office. I wonder if State Sen. Michael Knapik wasn’t completely kidding when he made the endorsement to the crowd of children, sitting cross-legged in the grass.

“It’s a wild time happening here on Earth/ Where we could support such a behatted feline, whose tales we have all heard since birth,” Springfield City Councilor Michael Fenton recited in Seussian metre.