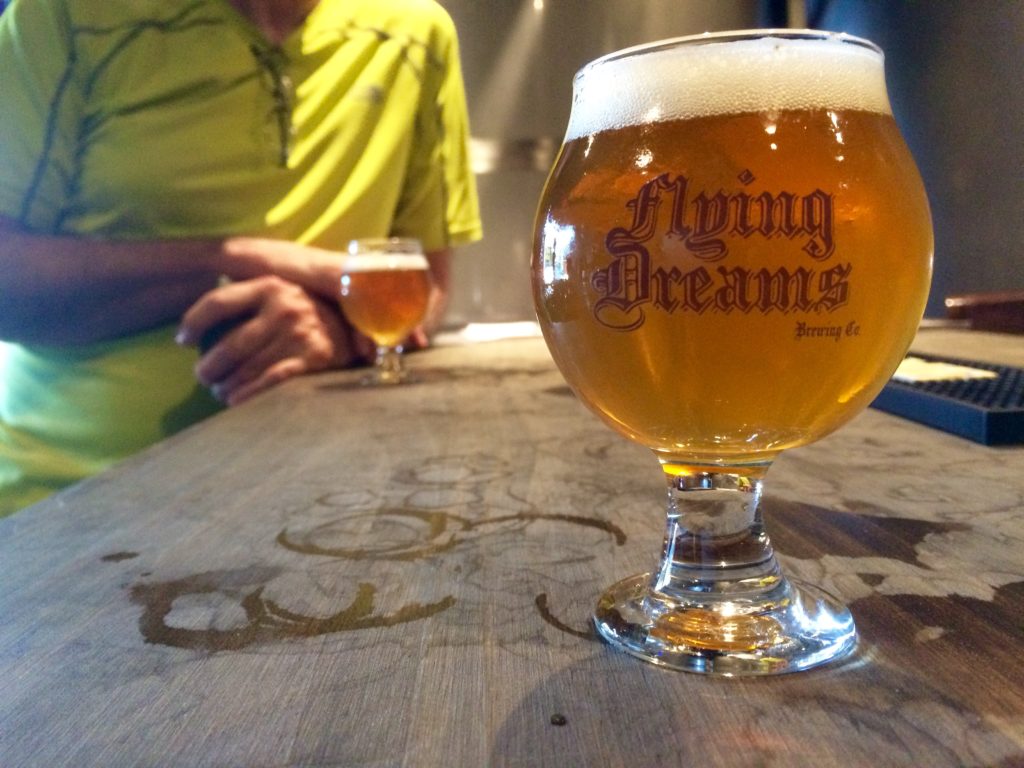 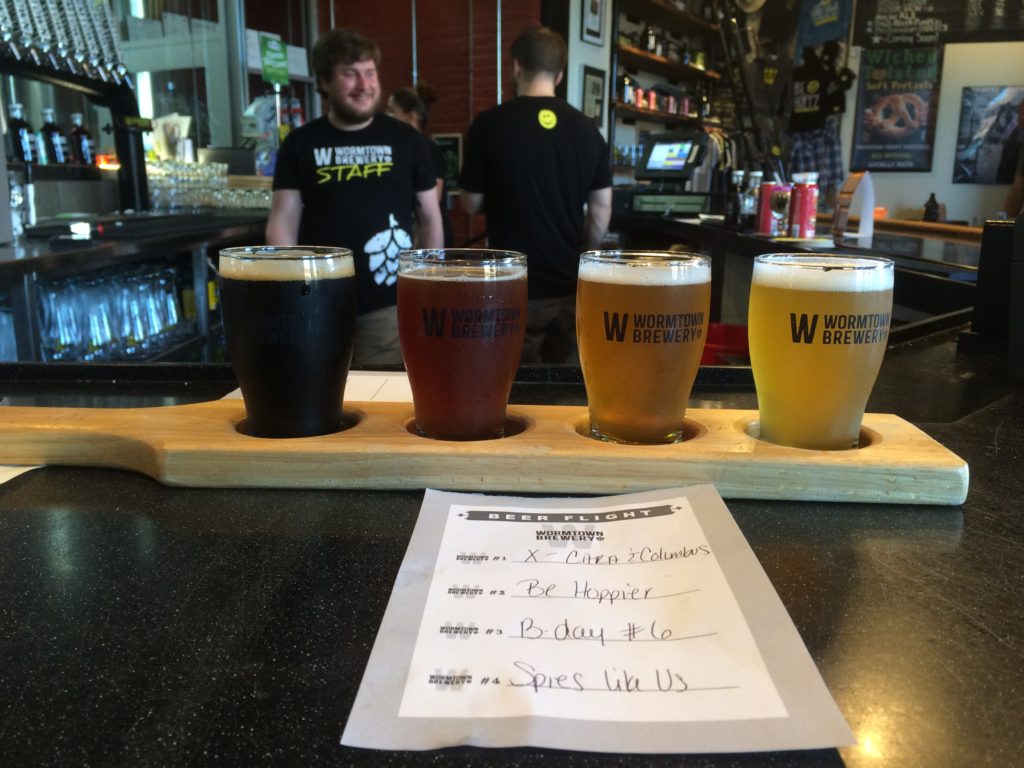 Three Cheers for the Woo

The local craft beer movement has taken off in every nook and cranny of Massachusetts, and Worcester is no exception. That shouldn’t come as much of a surprise, since the city is the second largest in New England, and it sits along pretty much all roads from point A to point Boston. Creative people of all stripes pass through, and a few of them even stay, buy some fermenters and brite tanks, and get down to the business of making great beers.

Still, your loyal Beerhunter had been reluctant to make the day trip out to Worcester for most of this year. It just felt a little too far — at least until my fellow staff writer Peter Vancini, who lives in Hampden, politely reminded me that he can drive to Worcester in the same time it takes to trek to the Advocate offices in Northampton. Also, I wrote a column a few months ago about the craft beer scene in Japan. How distant is Worcester, really?

Before hitting the Pike, I had to narrow down my itinerary. For this installment, I decided to keep it simple, stopping in at the three breweries based in downtown Worcester (the greater metropolitan area has more to see, but that’s for another day).

The biggest, and most well-known to Valley craft beer fans, is Wormtown Brewery, founded in 2010 by Ben Roesch. Wormtown’s original space was a really small (let’s call it cozy) ice cream shop built onto the side of a bar and grill on Park Avenue. In 2015, Wormtown upgraded to a much larger location on Shrewsbury Street and began ramping up production and distribution, especially on Be Hoppy IPA, the brewery’s flagship beer.

It’s hard to go out for a craft beer in the Valley without running into a tap handle or two carrying Be Hoppy, but a visit to Wormtown’s new-ish space — which is high-ceilinged, funky but clean, and packed with merch — showcases a range of projects right now. Be Hoppy, which is one of the brighter and crisper local IPAs out there, has an extended (and equally delicious) family of limited-releases including Be Hoppier (8% ABV) and Be Hoppiest (10.7% ABV).

On my visit I also sampled Birthday Brew #6, a toasty strong ale made with maple syrup aged in Woodford Reserve barrels (be still, my heart!) and an imperial stout called Spies Like Us which, unlike many dark high-alcohol beers, I found smoky, a little nutty, and decidedly non-syrupy.

Wormtown makes plenty more, and its tap room and outdoor patio would facilitate an afternoon-long stopover, but I had places to be. And stopping by Flying Dreams Brewing, Worcester’s newest brewery, led to a fun surprise — it’s based in that same former ice cream shop where Wormtown’s story began.

Flying Dreams is run by Dave Richardson (formerly the brewmaster at the Gardner Ale House) and sales manager Stephanie Brownell. Roesch from Wormtown offered to rent the space to Richardson, who opened the doors to his new brewery this past November. It’s still early, but bottles of Flying Dreams beers are already on sale at 80 locations regionally, with tasters and growlers available in the taproom.

The small space can only fit so many coolers, which means Flying Dreams never has more than four beers on tap at a time. The plan, Brownell says, is to move at some point into a taproom where she and Richardson can sell pints, host live music and entertainment, and serve food. “But baby steps,” she says. “We’re not in any rush to move out of here. We’re going to stay until we bust at the seams.”

For a small operation, the output is impressive. Richardson’s Dreaming of Summer American Saison is one of the tastiest and most well-balanced local Belgian-style beers that I’ve had in a few years. The Pilsner, called My Precious, is refreshing, and the hoppy pale ale called Green Dreams has a nice bite. But the darker varieties are a bit bolder and more inventive: the India red ale called Red Eye Rye packs a silky-sweet punch, and the Nightcrawler India Dark Ale is a murky, mysterious blend of American, German, and Australian malt and hops — a bruiser of a brew with a lot of personality.

My final stop was at 3cross Brewing Company, a quirky basement space that seems designed to be hard to find (definitely follow the website’s directions, which leads to the back of a building on Cambridge Street). Formerly a video game arcade, the space has been stripped down and now hosts a nice long bar that sells tastings, full pints, and growlers.

Owner and brewer David Howland opened 3cross in October 2014 after a busy year of construction and a successful Kickstarter campaign. Howland, a former engineer, had been homebrewing for about six years when he decided to take the plunge.

It’s not a night spot, per se — Howland, a bicycle enthusiast, seems more interested in positioning 3cross as the perfect midday hangout during a group cycling trips around the city. That seems a fine plan to me, because he’s making good beer across the board. On my visit, I tried Howland’s solid takes on a session IPA, a brown ale, a saison brett, and — most intriguing — a Brett IPA, which is spiked Brettanomyces yeast.

This wild strain of yeast interacts with the hops to add a little extra complexity. It’s hard to describe the taste, and the process can be a little unpredictable — the one I tried was marked Batch 178 — but Howland knows how to play around while keeping his IPAs fresh and hop-forward, rather than funky and sour (3cross also makes kombucha and fountain sodas in-house, which it serves on tap).

I wouldn’t be surprised if another three — or more — breweries open up in Worcester in the next few years. Good things are already afoot, if you know where to look.

> White Lion Brewery in Springfield has kept its lineup fairly limited, but it debuts a new beer this month in celebration of the Eastern States Exposition centennial. The Kolsch ale will be featured at the German-themed Wurst Haus (alongside food from the Student Prince & Fort Restaurant)  during the West Springfield event, which runs Sept. 16 to Oct. 2.

> On Sept. 17, consider a trip to downtown Hartford for Small State Great Beer, a day of local beer tasting and music at Constitution Plaza. Tickets are $45 to the event, which features more than two dozen breweries from across Connecticut.