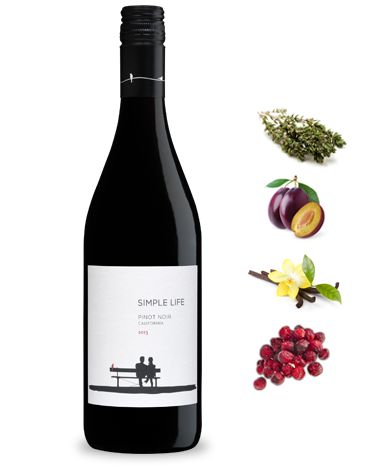 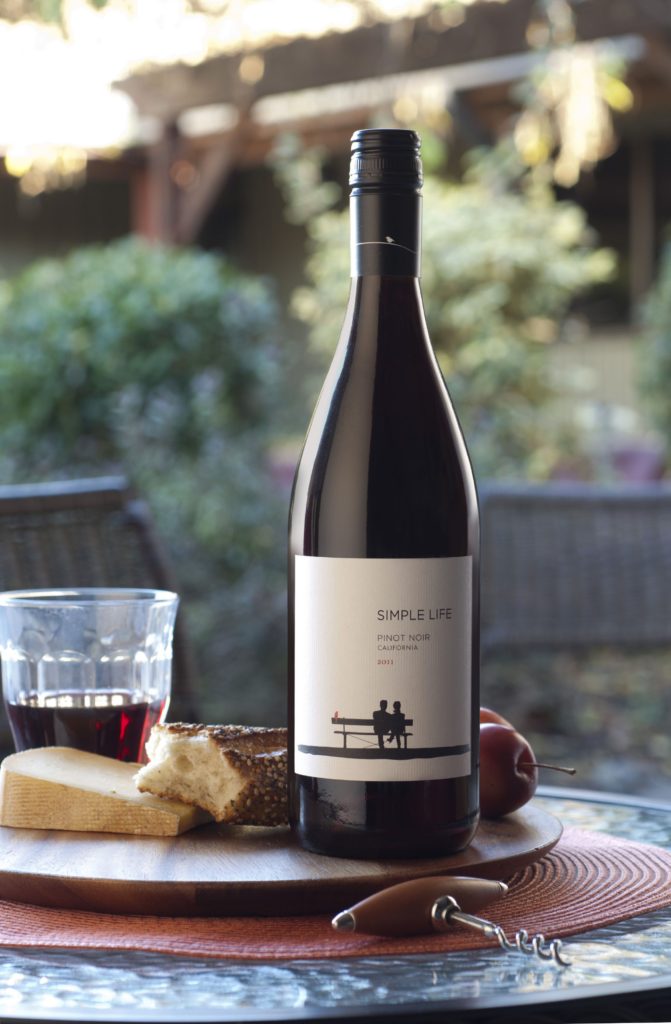 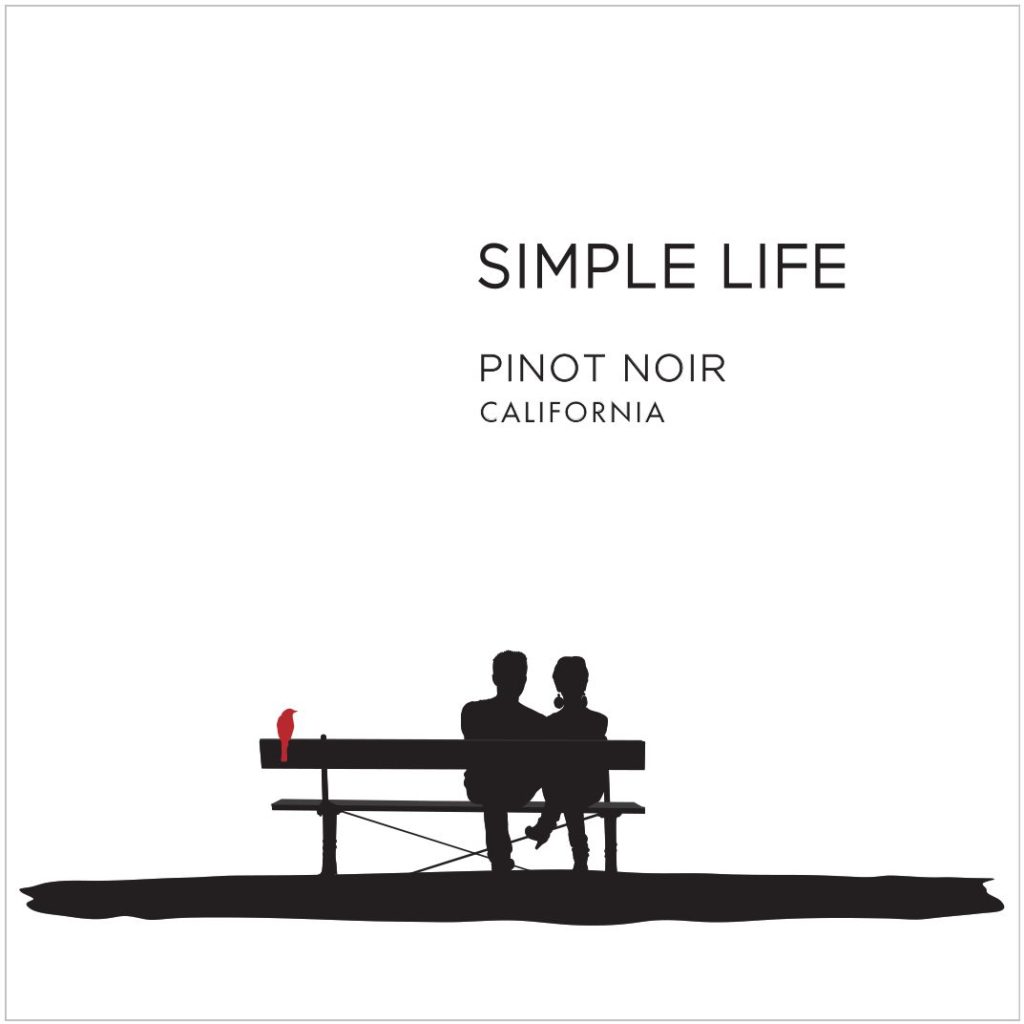 Sometimes finding the right name for a child, a pet or even a wine can be difficult.

Naming can take long, grueling hours of trotting out candidates only to have them dismissed by others for lacking originality or humor, or being downright dumb. The process can take its toll, so it’s best to have alcohol involved.

For example, after days of trying to find a name for our wonderful dog, Pepita, my wife, Sandy, and I resolved the issue while drinking beer and snacking on roasted Mexican pumpkin seeds.

I fear there was not enough wine consumed by those at Don Sebastiani and Sons who were assigned to come up with a name for a dry, well balanced Pinot Noir. Fortunately, the wine transcends its name, Simple Life, and its corny label, which features a silhouette of a couple sitting on a bench, presumably watching the sunset.

I don’t want to be negative, particularly about this wine, but the name smacks of a Mad Men campaign. The explanatory rear label is a place where I’d prefer to see useful facts, such as whether it’s dry and crisp, or whether it’s 100 percent Pinot Noir. It’s easy to imagine Don Draper making the pitch in his comfortable voice using the words from the back label: “Growing up in small town California means being able to enjoy the Simple Life. We walk downtown and shop at family-owned grocery stores, we cook with fresh vegetables and meat from local farms, and we drink wine made by our family and friends who have lived here for generations.”

The label begs the question: Why should I care?

Simple Life or not, the wine is well-crafted and made from grapes grown in California’s central coastal area where cooler temperatures allow the grapes to mature slowly and develop the finicky fruit’s full flavors, according to the winemaker’s tasting notes.

The wine has aromas of cherries, nutmeg, and savory herbs, and flavors of cranberry, ripe plum and baking spices. It is aged in 100 percent French oak — the only fact in the tasting notes — which imparts notes of vanilla, the winemaker says.

The Sebastiani family has been making wine in California since 1904, and the company is now run by the fourth generation.

Samuele Sebastiani grew up in Tuscany, and moved to Sonoma County, California, in 1895. Initially, he hauled stones across the bay to be used in the construction of streets in San Francisco. He saved his money and bought winemaking equipment. His first batch was 500 gallons of Tuscan-style wine, which he peddled from his wagon to his stonecutter buddies, to Italian farmers and to bars and taverns. It didn’t take him long to make the business a success. He soon built a new winery, and he began to develop the town of Sonoma, constructing a cannery, a church, a hotel and apartments.

After Samuele’s death in 1944, his son August and August’s wife, Sylvia, took over the winery. August was part of the movement to improve California wines during the 1970s and 1980s. He helped take them from the generic jug to the varietal bottle. He introduced the marketing campaign, “fighting varietals,” an effort to counter inexpensive, quality imports from France and other parts of Europe.

I give August a lot of credit for putting decent California wines within my reach during my early years of wine appreciation. I think of him as the godfather of good, cheap American wine. You could count on a bottle of Sebastiani Cabernet to be consistently good.

Now, under the leadership of Don Sebastiani, the company is producing higher quality wines along with such well-made, less expensive ones as Simple Life, a line introduced a couple of years ago.

Although the Sebastianis are producing wines that I like, I find it amusing how they and other giant California producers pitch their wines with charm rather than facts. A combination of both would be welcome, at least to some of their customers.

Simple Life is widely available across New England. It frequently goes on sale for $9.99, but it’s still an excellent value at the full price of $12.99.

I’ve tried Simple Life a couple of times, and particularly enjoyed it with grilled meat and poultry, such as pork tenderloin with a spicy glaze and lemon-herb chicken thighs.

The wine also is light enough to have with appetizers during these crisp fall evenings. Check Simple Life out — but you can ignore the label.