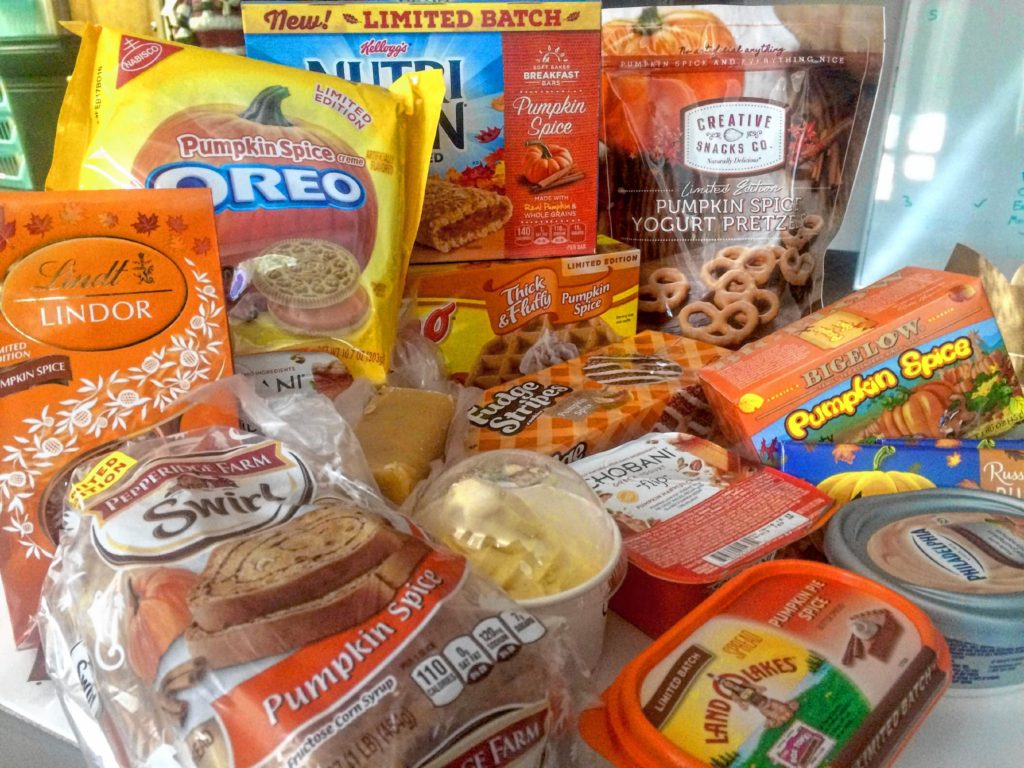 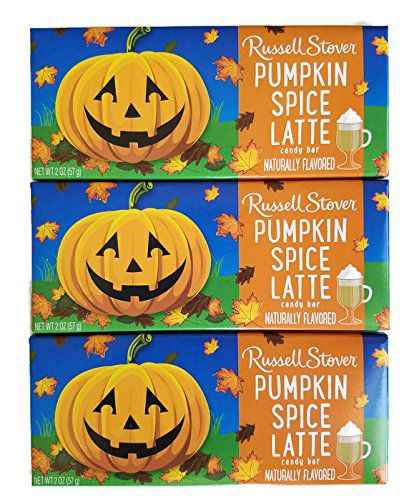 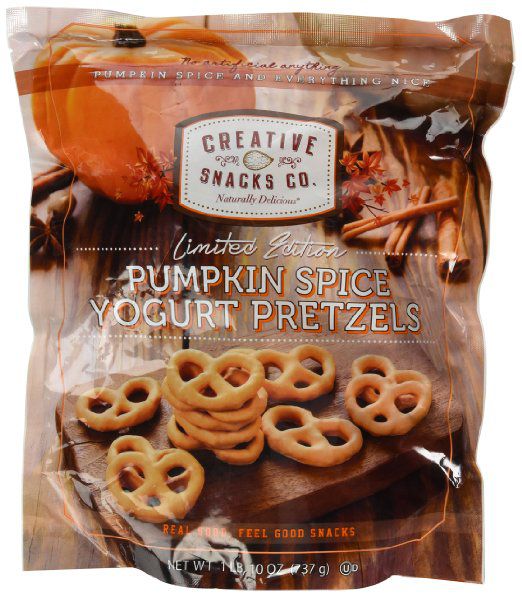 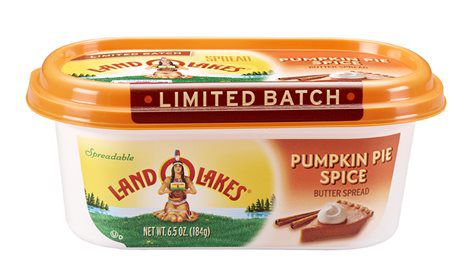 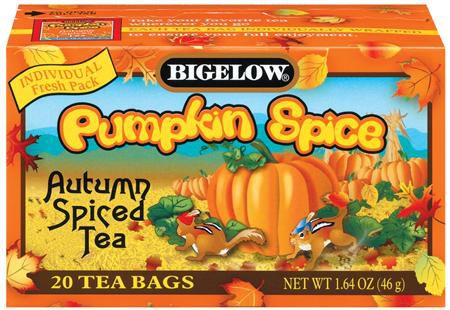 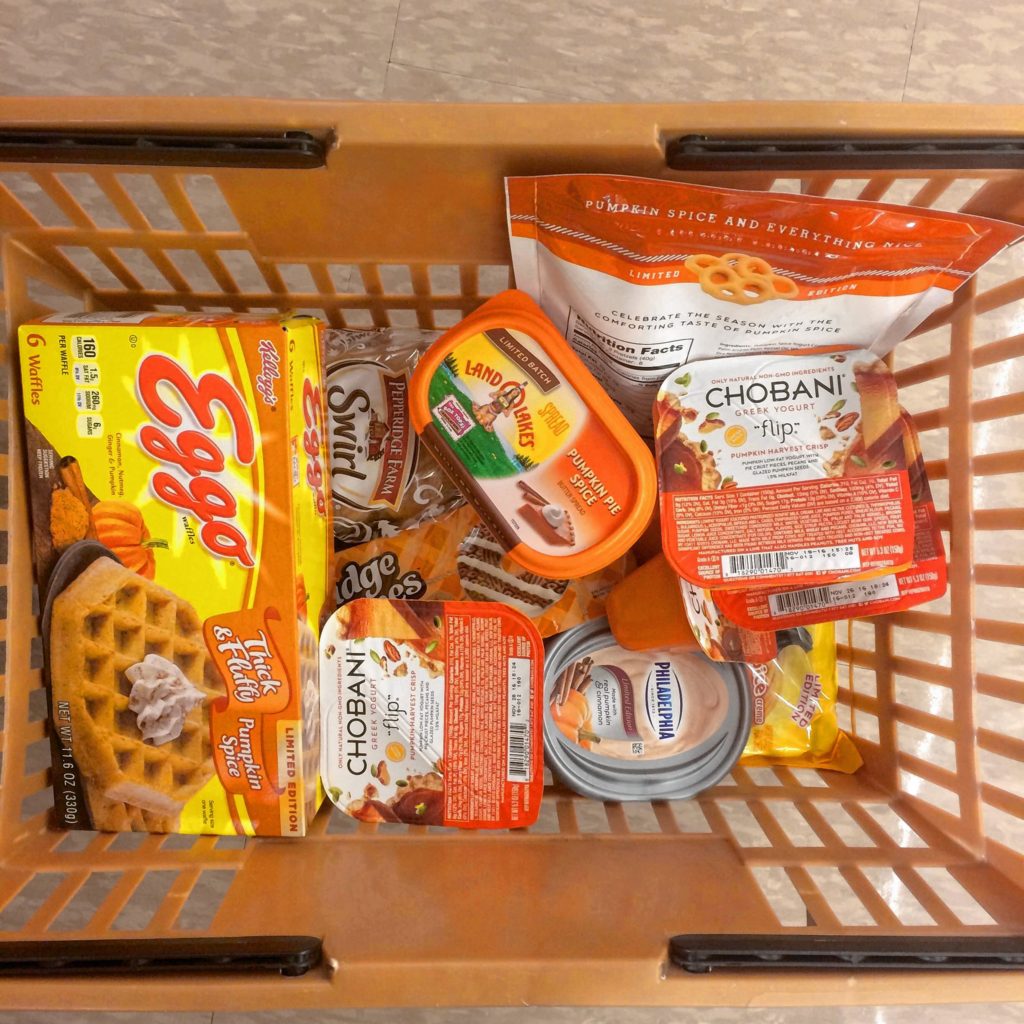 Not all Pumpkin Spice is created equal. On the high-end of powdered pumpkin and spice is Starbuck’s Pumpkin Spice Latte — a creamy concoction that blankets pumpkin pie nostalgia in hot caffeine. It tastes nothing like the weaponized spice flavor deployed by Creative Snacks in their flaming-orange pumpkin spice pretzels.

Stores are now packed with everything Pumpkin Spice — from soaps to teas, from yogurt to butter. Most of the products are trying to ride the wave of Pumpkin Spice popularity pioneered by mom and Thanksgiving tables across the nation, but without much thought into creating something that tastes good.

Advocate staffers combed local shops and national chains looking for interesting Pumpkin Spice creations. A lot of the products we found seemed to have been thrown together on the fly: typos on the packaging and a couple items that contained no pumpkin flavor at all, despite bearing spicey labels. Philadelphia Pumpkin Spice Cream Cheese and Lindt Pumpkin Spice Lindor Truffles were disqualified from the final ranking for not containing a hint of pumpkin or a spice. Keebler Fudge Stripes Pumpkin Spice and Pumpkin Spice Oreos were likewise booted from the final list for not having sufficient pumpkin flavor, though they at least tried harder than Phily and Lindt.

To save all you Pumpkin Spice lovers from spending your money on substandard pumpkin flavoring, the Advocate’s Kristin Palpini, Hunter Styles, Jennifer Levesque, and David Eisenstadter sat down with intern Kyle Olsen to taste 15 Pumpkin Spice edibles and rank them on deliciousness. We’ll start with the two food items in which you can practically taste the assembly line grease and corporate brainstorming that went into their creation. You shouldn’t waste your Pumpkin Spice dollars on these two losers. And you should definitely never eat them — like, ever.

No one got past more than one bite of this faux breakfast. The reviled a.m. meal of choice for harried 90s moms — that somehow always manages to taste like it’s been wedged between couch cushions for three months — is a bar of flaky, pressed flour surrounding a vein of gluey pumpkin sludge.

Kristin: This breakfast makes me want to crawl back in bed for a week.

Dave: This is super-processed food with little flavor and it’s super dry.

It tastes like the kind of candy high school students sell during fundraisers. This candy bar drew Hunter’s ire for making promises the sweet didn’t deliver.

Hunter: It makes me extra angry because how far up their own asses do the food marketing people have to be to put “Pumpkin Spice Latte” on this. It doesn’t taste anything like Pumpkin Spice — they couldn’t get that right, and then they try for another flavor, latte, and they can’t get that either. There’s no mocha or coffee flavor here. Besides “latte” isn’t a flavor, really, it’s just milk.

Jen: This did nothing for me other than gross me out.

This yogurt is a lot like Lil’ Kim and plastic surgery: it tried too hard to be everything to everyone and wound up just a mess. Low-fat pumpkin-flavored yogurt, pie crust chunks, glazed pumpkin seeds, and pecans combine to create a gloopy soup of slightly cold gruel.

Jen: I mixed this as much as I could and it was still runny. This made me want to throw up.

This fudge could have benefited from more time setting up. It was a bit loose and the flavors weren’t quite blended yet.

Jen: Pumpkin and fudge should not go in the same sentence.

Like a “fine” wine in the clearance bin of a corner store liquor shop, the complexity of these pretzels’ flavor unraveled slowly.

Kristin: What is happening here? It tastes like turkey for the aftertaste — like cranberries and turkey at Thanksgiving dinner.

Hunter: They look like they are covered in nacho cheese dip.

Jen: After you let it settle, I think I could eat maybe three of these — and I love pretzels. These could use more salt.

This was a divisive edible. Some tasters likened the bread to cinnamon raisin while others thought the flavor dots were pumpkin skid marks.

Jen: It’d probably be really good toasted with plain butter. I like it.

It doesn’t taste good, but that didn’t bother some tasters.

Dave: There’s something more to tea than the tea; it’s the experience of sitting and drinking something hot. This tea is fall. It’s got a wintry feeling. It smells of fall. It doesn’t taste that great, but that’s not that important.

Kristin: This smells like Jackson & Connor, like a high-end men’s store. It smells good and spicy, but I can’t bring myself to drink it.

Hunter: It’s a black tea, not an herbal, so it’s got a heartiness to it, it’s not like drinking hot perfume. There’s nothing pumpkin about it.

This butter is shockingly good and horrifyingly ugly. The butter spread is the consistency of a buttery pumpkin pie filling — and it tastes like it, too!

Dave: This butter has it all. I want to spread it on bread in a thick layer like peanut butter. It’s spicy and has a real pumpkin flavor.

Kyle: This butter is the best, but it doesn’t look like butter, so it’s deceptive.

Jen: I couldn’t believe it was butter.

Kristin: Yes, yes, oh, my God, yes! I like the tang of the yogurt and it really delivers on ginger.

Hunter: The first taste was a little confusing; I wasn’t sure if I liked it because it was kind of icy and creamy and Pumpkin Spice equals warm and creamy. But then it grew on me.

Jen: Maybe I liked it because it was cold. I don’t normally like pumpkin pie.

The waffles were crisp and buttery with the silky flavor of pumpkin and a delightful undertone of Pumpkin Spice.

Dave: After eating so many things with no spice, it was refreshing to have the spice here.

Hunter: I would swipe right on this waffle.

These cookies are why Pumpkin Spice was invented. They make us wish, just a little, that it was fall all year long. The cookies are light and chewy with a soft pumpkin flavor.

Jen: I loved it. You can tell they didn’t use anything artificial. The flavor is great.

Hunter: It’s refreshingly balanced, fluffy and light. All the flavors blend together really well. This cookie did everything right.