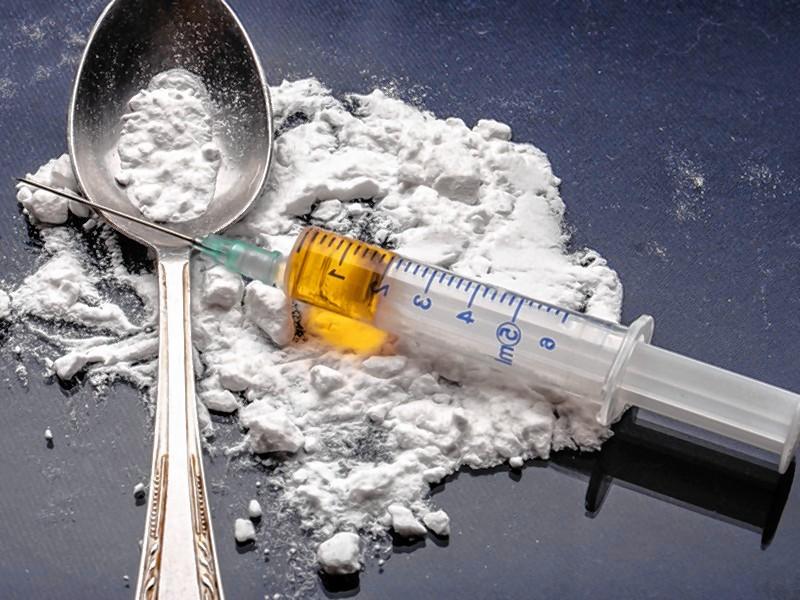 Each week, the Advocate staff assembles for an AdvoChat, where we bat around thoughts on a subject in the news. The chat is lightly edited.

dave.eisen (Dave Eisenstadter, web editor): Kristin, you’re working on a piece on addiction (EDITOR’S NOTE: here it is), so we thought we would take that on as a topic.

dave.eisen: Do you want to say something about what direction you’re taking on the piece?

kristinpalpini: One of the things I’m looking at is if there are adequate services to meet the needs of people seeking to recover. Guess what the answer is.

kristinpalpini: Yes, there is a dearth of recovery beds, mostly because the system can’t expand fast enough to meet demand, and because the state has to fund the beds so every bed needs congressional approval. That’s a log jam.

petevancini: Holy cow… So how long are applicants waiting for beds?

kristinpalpini: Well …. hard to say. There are three or four types of beds: acute detox, CSS — forget what that means but it’s like a month of housing while you get the junk out of you (Ed. note: Clinical Stabilization Services), then it’s transitional living for another month or two. The last kind is where beds are needed the most. Wait times can last from hours, to days, to “fuck it I’ll just start using again.”

dave.eisen: Are there any areas where there are adequate numbers of beds?

kristinpalpini: That doesn’t seem to be the case. Eastern Mass certainly has more resources than western but they’ve got more folks, too.

petevancini: For some of these people living on borrowed time, that can be the difference between life and death.

dave.eisen: One thing that has struck me is that it seems like the Northeast is considered among the harder hit areas. Former Mass. Governor Deval Patrick called the opioid crisis a state of emergency and during the New Hampshire primary last year opioid addiction was among the biggest “local” issues that the presidential candidates addressed.

petevancini: I can testify to that based on the news story I did last week on the Chapter 55. Opioids are especially rampant in the Northeast.

kristinpalpini: The real problem is there are nearly no beds for women, just dudes. Def state of emergency. I can’t imagine getting past all the pain and stigma and ask for help and then be told to wait or someone will call you back or whatever.

dave.eisen: Wow! That seems totally counter intuitive in terms of the men vs. women.

dave.eisen: It would seem to me like there should be resources for women, who are statistically single parents more often and who are awarded child custody in the court system more frequently, as well.

kristinpalpini: O yes, that would make sense, Dave. I’m not sure why this is. Do more men seek treatment? I don’t think anyone is thinking of the children.

dave.eisen: … which is crazy, because so much drug abuse prevention is aimed at children.

petevancini: So Massachusetts passed some emergency legislation August of 2015 to research the problem of opioid addiction and the task force delivered their report last September. One of the findings was that women are more likely than men to suffer from addiction to a prescribed painkiller. Women are more likely to “doctor shop” and have more than one active prescription.

kristinpalpini: Hmmm… well I’ll def have to ask about why there are so few women beds tonight when I talk to a leading expert on opioid addiction and recovery in Mass.

petevancini: Yes, definitely. Here’s an interesting finding from the report regarding opioid prescriptions: those who OD are far more likely to die of an illegally obtained substance than a prescribed one. Two-thirds of those who died of an opioid overdose in 2013 and 2014 had been prescribed opioids since 2011, but only 1 in 12 had an active prescription in the month before they OD’ed.

hunterstyles (Hunter Styles, arts editor): So there’s limited funding, and a protracted process for approving those funds, but then there’s also the “not in my back yard” dynamic within certain communities in terms of actually building those facilities and resources, right? Seems odd, given how pervasive this problem is, that so many are still uncomfortable living near the centers that help to alleviate these problems.

kristinpalpini: Good point, Hunter. Getting these places built is a hassle. See Mill Street and I forget the name of that place in Greenfield for recent examples.

kristinpalpini: I think that is starting to seep in. Here’s something interesting I’ve been hearing in my interviews: there’s so much focus on opioid addiciton recovery that alcoholics are being crowded out of help. And yet alcoholism remains a larger problem than opioids but one we have accepted.

dave.eisen: Ah, and alcohol addiction has always been an issue, too. It does feel like addiction is more front of mind for lawmakers now and that people are moving in the direction of treating it as a mental health issue rather than a crime.

kristinpalpini: Ya, Charlie Baker, a Republican(!), has made it a focus of his administration.

petevancini: He’s also cut some funding for recovery and treatment programs this month. But opioid treatment seems to be a nonpartisan issue, so that’s encouraging.

kristinpalpini: He did cut some funding, but the department is still receiving more than $10 million than they did the year before.

kristinpalpini: So yay and boo.

dave.eisen: Has anyone come across any program that has been successful at reducing addiction rates in a community?

kristinpalpini: Howard Street, the old rehab jail in Springfield. The place just moved to Mill Street in Springfield. But those numbers are just on people returning to jail for substance abuse.

petevancini: Overdose rates, yes, but I’m not sure about addiction rates. Seems like rate of addiction is one of those stats that would be pretty subjective.

petevancini: I think that addiction by nature is often a hidden problem, so it would be tough to get reliable stats on it.

dave.eisen: Yes! That is definitely true. For people I’ve interviewed in different communities I’ve covered, it has taken a lot for any of them to come forward with stories about addiction related to themselves or family members.

kristinpalpini: And many addicts don’t consider themselves addicts. People are not overjoyed to share this stuff.

petevancini: Yeah, step 1 (I think) is acknowledging that you have a problem, right?

kristinpalpini: I’m having a hell of a time getting personal stories but it’s worth getting these voices heard.

kristinpalpini: Sharing stories like that def helps others. It takes it out of the dark and into the light.

petevancini: Yeah, and maybe people can see themselves in the stories.

kristinpalpini: Right, not so alone.

dave.eisen: We do have additional tools now to save lives during overdoses. Narcan comes to mind. But we also have more deadly drugs.

dave.eisen: Fentanyl was found to be responsible for the majority of overdose deaths and that percentage has been growing.

petevancini: A lot of heroin users might not even realize that they’re using it.

kristinpalpini: It makes me wonder if opioids should be prescribed at all.

petevancini: Good question. Is there a suitable alternative?

dave.eisen: One issue with that is that there are cancer patients and chronic pain patients who really do rely on opioid medication. Much of the anti-opioid legislation is negatively affecting their ability to get that medication and use it for its intended purpose.

kristinpalpini: That’s what I hear. There isn’t a suitable sub for opioids. But there are so many drug companies trying to get rich off pain meds. Can none of these greedy fuckers figure it out?

dave.eisen: I agree that it is so dangerous and the incentives are there for companies to get people addicted to their product.

dave.eisen: I think on the positive side, it is good that medicinal marijuana was legalized those years back and I do think that there are trends looking for alternative ways to treat pain and other things that opioids are used to treat.

kristinpalpini: There is some legislation in Boston right now trying to make it easier for terminal patients to get medical marijuana. Right now they’re dying before the weed comes in.

petevancini: Right. Marijuana seems like a promising way to wean addicts off of more harmful substances. Admittedly I don’t know a lot about how realistic that it.

dave.eisen: It is really ironic how marijuana was seen as this gateway drug when it actually may be a gateway back from the brink for people who were brought to those drugs by doctor-prescribed medications

petevancini: Interesting. I’ve never heard of that before.

dave.eisen: Yes, I hadn’t heard of it either until my wife and I were in the pregnancy class. But it seems like such a no brainer when dentists have been using it for decades. Not that there is anything wrong with an epidural of course!

kristinpalpini: Not that there’s anything wrong with that. Lolz

kristinpalpini: I’m looking forward to having written it

petevancini: I know the feeling.