That time Noam Chomsky scared the bejesus out of me 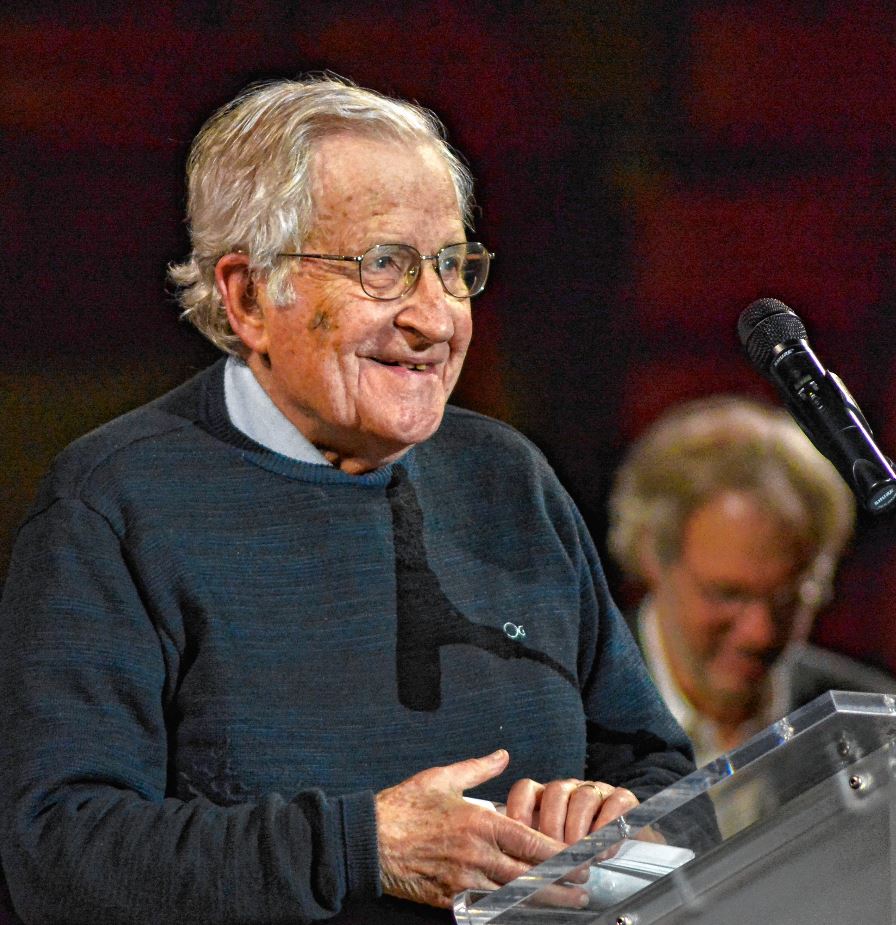 I had never read Noam Chomsky before or seen him speak, but I’d definitely heard about him over the years. Most recently when watching the movie “Captain Fantastic,” when the main characters — a super smart, back-to-the-land family — all celebrate “Chomsky Day” as if it was Christmas.

There was a lot of hype for his talk at the UMass Amherst Mullins Center on Thursday night and the line to get in stretched well down the street. Inside, as thousands of people took their seats, a faculty member asked for patience to give time for the long line outside to file in.

And then, after the 88-year-old professor was assisted onto the stage, he spoke.

The following 90 minutes were the most depressing of my week.

His talk centered on the two most horrifying things confronting the life on this planet: climate change and nuclear annihilation.

“These are the two existential challenges that overshadow everything else,” he said after telling us the world’s population is hanging on by a single thread dependent on bellicose world leaders keeping their missiles in their silos. And that even if we somehow avoided that fate, we were still confronted with ever increasing odds of an irreparable climate.

Much of what he said denigrated Republicans, particularly the ones currently in Washington systematically dismantling the Paris Climate agreement (ahem… Trump… ahem… Ryan… cough cough… McConnell). Still there was blame on some notable Democrats, too, namely John F. Kennedy.

When in the 1960s Russian leader Nikita Khrushchev decided to make a sharp cutback in nuclear weapons, Kennedy accelerated the United States’ military build-up. During the 1962 Cuban Missile Crisis, when the world was as close as it has ever come to nuclear war, Kennedy refused to remove obsolete missiles from Turkey in exchange for Russia removing the missiles from Cuba.

Compared to lower forms of life, including bacteria and certain species of beetles, which might survive in the case of a nuclear war or drastic changes to the climate, humans won’t have much of a chance.

“The human species is undertaking an experiment; is it better to be smart than stupid?”

And so I wasn’t much comforted when toward the end of his talk, Chomsky said that some small-scale efforts to combat fossil fuel use (the city of San Diego might use all renewable energy by 2035!) might actually succeed.

Glad for any advice anyone has to solve the world’s problems, or at least a way to get some sleep at night instead of ruminating over mass extinction.