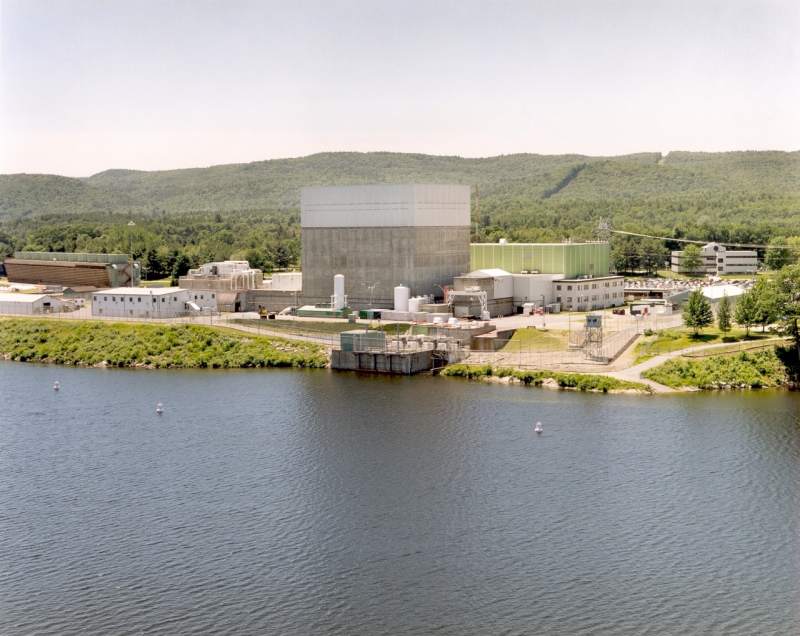 Over the last few months, a proposal to sell the now-closed Vermont Yankee Nuclear Plant to a company called NorthStar has gotten some attention.

Vermont Yankee shut down in 2014 and is in Vernon, a town at the southeastern corner of Vermont. Most of Franklin County in Massachusetts fell within the plant’s recently discontinued 10-mile evacuation zone.

Entergy, which now owns the plant, had originally proposed completing the decommissioning process over roughly 60 years, finishing in 2072. Under NorthStar’s plan, the decommissioning would be completed in 2052 with partial restoration of the site as early as 2030 or event 2026. (See full application below.)

A no-brainer, right? Not quite.

For Clay Turnbull, spokesman for the New England Coalition on Nuclear Pollution, it comes down to doing it right rather than fast, and being able to pay for the whole project. 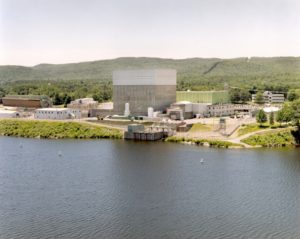 “The proposed new owners have really excited the public and excited regulators with the idea that they are going to take the place apart decades sooner than Entergy proposed they could do,” he said. “They want to clean it up quicker. The downside is they aren’t cleaning it up.”

NorthStar has publicly committed to getting the radiation levels down to 15 millirems per year above background radiation. An average person in the U.S. is exposed to 620 millirems per year, according to the Environmental Protection Agency.

That number is less than the Nuclear Regulatory Commission’s maximum of 25 millirems, but above the 10 millirems achieved at Maine Yankee and Rowe Yankee in Massachusetts, which completed their decommissioning in 2005 and 2007 respectively.

“In terms of radioactive material, it is 150 percent dirtier than what they have in Maine or Massachusetts,” Turnbull said.

Raymond Shadis of Edgecomb, Maine, is technical advisor for the New England Coalition and has decades of experience working with the federal Nuclear Regulator Commission on past decommissioning projects.

Shadis said that no amount of nuclear exposure is safe and that it is important for those living near the site to get the number as low as possible. That was what he and others did during the Maine Yankee decommissioning process, and they were able to negotiate down to 10 millirems.

“It was very simple arithmetic for us; if it can be achieved and if it provides for a greater safety margin, then we should achieve it,” he said.

Neil Sheehan, spokesperson for the Nuclear Regulatory Commission, said the difference between 25 and 15 millirems is “negligible.” He added that that standard is for someone living on the site every day of the year.

“We’re all exposed to radiation in various forms going about our daily lives,” he said. “The federal requirement says if you live there there should be a very small contribution of residual radioactivity.”

Shadis pointed to documents from the Environmental Protection Agency from 1997 that stated that 25 millirems is too high and that it exposed people to too much risk of cancer. Despite those warnings, the Nuclear Regulatory Commission established 25 as it standard later in 1997.

Shadis said he hopes that the remaining radiation level can be negotiated, as it was in Maine.

As of the end of February, the funds had $571.5 million and $23.4 million, respectively, according to public filings by Entergy.

Sheehan said decommissioning projects cost several hundreds of millions of dollars, and vary based on sites.

Gregory Di Carlo, vice president and general counsel for NorthStar, declined to answer how the goal of 15 millirems was reached or how the company knows available funds will be sufficient for the decommissioning process, instead referring to public filings. In a public presentation in January, NorthStar said that they can complete the process with nearly $11 million to spare.

Shadis is concerned because with only the fund to fall back on. The company can’t collect funds from ratepayers if the money comes up short, which was the case with other plants in New England, he said.

If approved by the Nuclear Regulatory Commission, the sale will then be reviewed by Vermont state regulators.