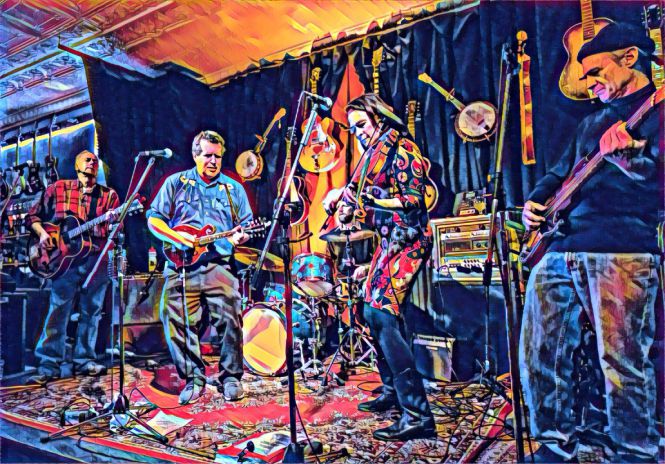 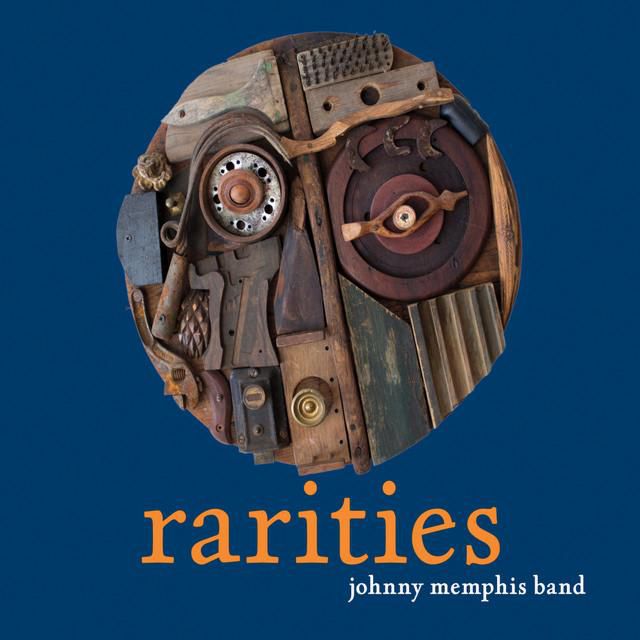 Polka, doo-wop, jazz swing, and country western music — you wouldn’t think one band would cover these eclectic genres across six songs, but The Johnny Memphis Band, based out of Florence, does just that and more on its new record, Rarities.

The sole songwriter for the band is Johnny Memphis, aka John Reily, a former WRSI disc jockey who adopted his stage name when he got his start on the airwaves in 1986. The band’s new album is a love letter to radio. Each song feels like you’re tuning into a new station while remaining good-natured, fun, and danceable.

The only downside — don’t expect any philosophical meanderings on this record. It’s all about not taking oneself too seriously and generally having a good time, which isn’t a bad thing depending on what you’re in the mood for. Think a less goofy version of “Weird Al” Yankovic.

The album opens with “Every Other Day at a Time,” a country honky-tonk tune with lyrical pedal steel guitar that’s upbeat and doesn’t fall victim to the solemn and stereotypical “lost my woman; lost my dog; lost my pickup truck” sad bastard crying into his beer trope that seems to haunt the genre. On the contrary, the song seems to reveal how absurd country music can be at times; while also professing its love. It’s the country version of Shakespeare’s “Sonnet 130.”

“Sittin’ at the bar I do my dreamin’/ No more jukebox, just some sort of streamin’/ Just too bad/ If I had half a brain/ Chances are I’d still be in the game/”

The only polka number you’ll find on this record, “Somebody Stole My Kielbasa” was inspired by the real life theft of a giant kielbasa at the former Kielbasa Festival in Chicopee. When talking about sausage, one can expect plenty of double entendres, phallic puns, and crude sex jokes, and this tune doesn’t disappoint. “100 pounds of pork meat/ That thing was 10 feet tall/ I met the queen of the festival/ She was the fairest of the fair/ I went to show her my kielbasa/ But my masterpiece was not there.”

Other songs, such as the jazz swing clarinet led “Let’s Not Fall In Love”, and the doo-wop with western movie sounding saloon piano and homage to Oldies Show DJ Buddy Rubbish, who hosted Memory Lane in Greenfield, round out the record.

The record features many Western Mass musicians as guests, including Jim Armenti (Lonesome Brothers), Paul Kochanski (Fancy Trash), and Rick Page (Trailer Park) and sounds just like walking into a bar where you know half of everyone in the room. It has a friendly, inviting atmosphere that encourages you to dance along even if you’re the only one dancing.

The Johnny Memphis Band’s CD release show for Rarities will take place at the Parlor Room in Northampton on June 8. For more information visit www.johnnymemphis band.com.