Between the Lines: Frances Crowe Has The Right Idea 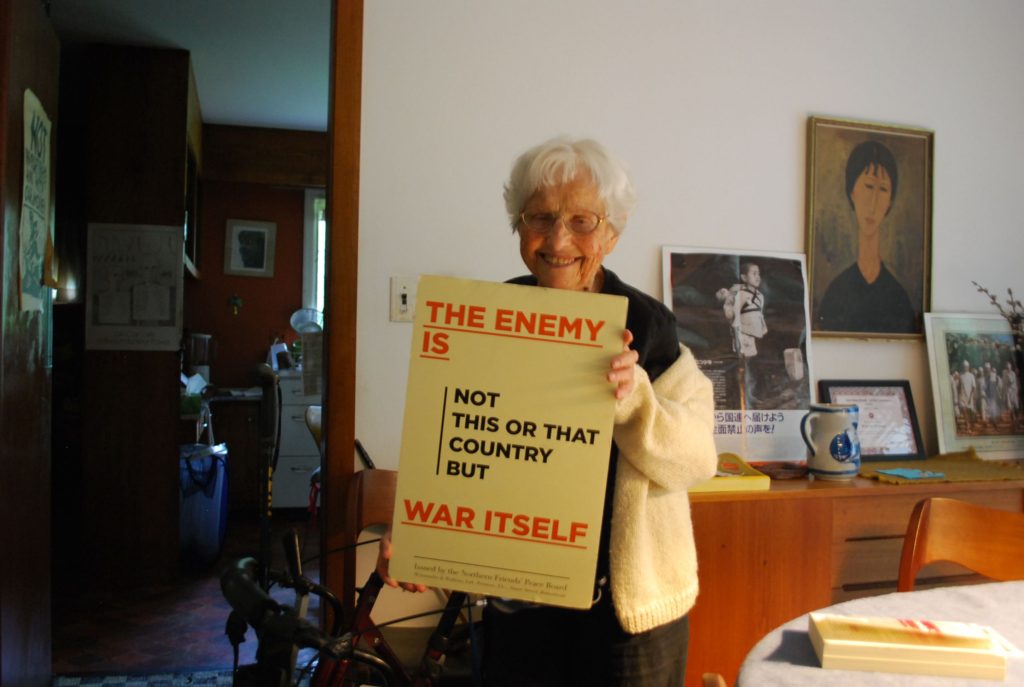 In the small Berkshire County town of Sandisfield, there’s a battle being waged over public lands and environmental concerns stemming from a natural gas pipeline being installed in Otis State Forest.

More than 30 protesters have been arrested this year for trespassing on an easement granted to Tennessee Gas Pipeline Co., a subsidiary of Kinder Morgan, for construction of its $93 million Connecticut Expansion Project that would run through New York, Massachusetts, and Connecticut.

One of the protesters arrested on June 24 is 98-year-old legendary peace activist Frances Crowe, who has been in handcuffs numerous times during the course of half a century. She’s protested the Vietnam War, stockpiling of nuclear weapons, Vermont Yankee Nuclear Power Plant in Vermont … and the list goes on.

Crowe told the Valley Advocate she decided to protest the pipeline because she believes the fossil fuel industry is “threatening the future of life on this planet.”

We agree with Crowe’s statement. Climate change is an undeniable fact, and a recent study has shown it will be particularly felt in New England. The continual use of fossil fuels means more carbon dioxide in the atmosphere that warms our planet. Droughts, heat waves, and violent weather phenomenon are just some of the side effects of climate change.

On June 29, Fox Business published an article stating that the oil producers and refiners the Keystone XL Pipeline was meant to serve aren’t interested in signing on with it anymore due to economics.

Rob Thummel, a portfolio manager at Tortoise Capital Advisors, which manages about $16 billion in assets, said in the article that investors are interested in Keystone owner TransCanada because of potential for natural gas expansion in the Northeast.

All pipelines, regardless of size, can wreak poisonous havoc on drinking water supplies.

Drinking water will also become invaluable in the decades to come as climate change continues to impact life on Earth. Water demands are projected to increase by 55 percent between 2000 and 2050, according to the BBC. Most of the fresh water we use everyday is for agricultural purposes.

Add onto this the fact that the fossil fuel industry is slowly dying, and we should not be making investments into fossil fuel infrastructure. Eventually, we will run out of fossil fuels no matter how much money people are making from the industry in the short term.

Elderly activists like France Crowe and some affiliated with the Sugar Shack Alliance are fighting for a future that they most likely won’t be a part of. But they are fighting to prevent extreme climate outcomes that could include extinction of the human race. That is an example to live by.