Valley Show Girl: Music That Got Me Through White Supremacy News 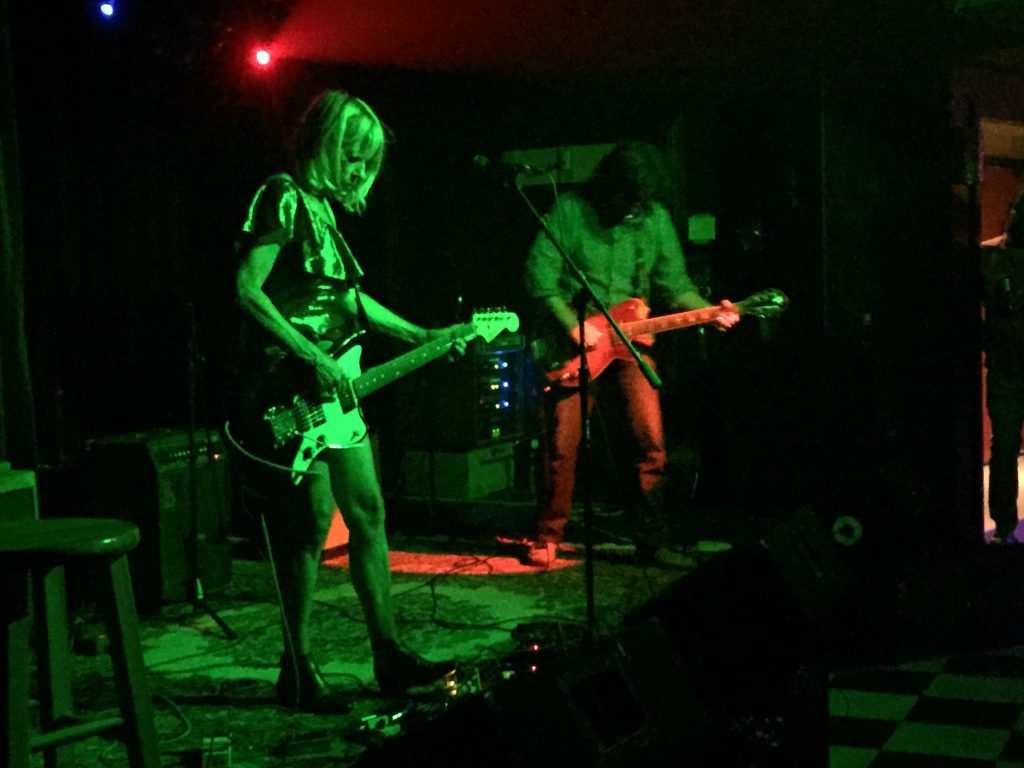 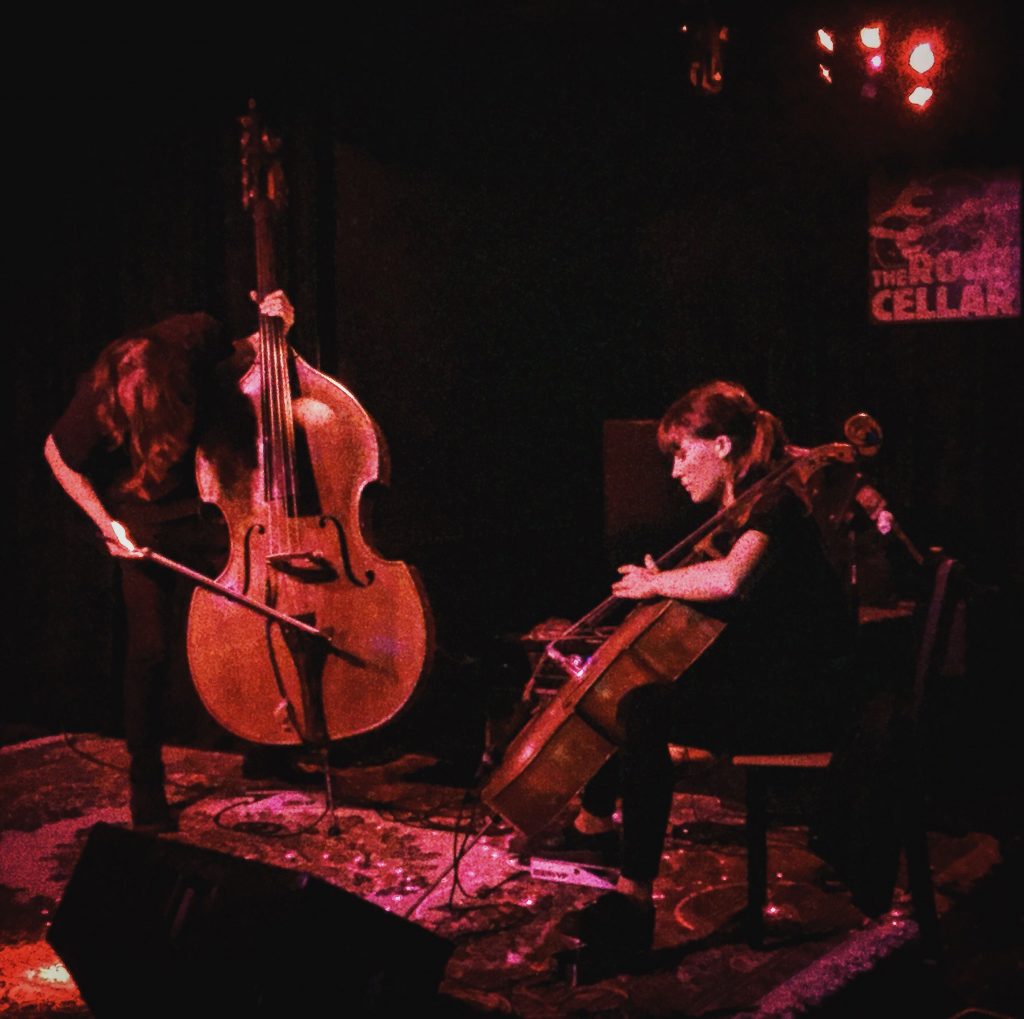 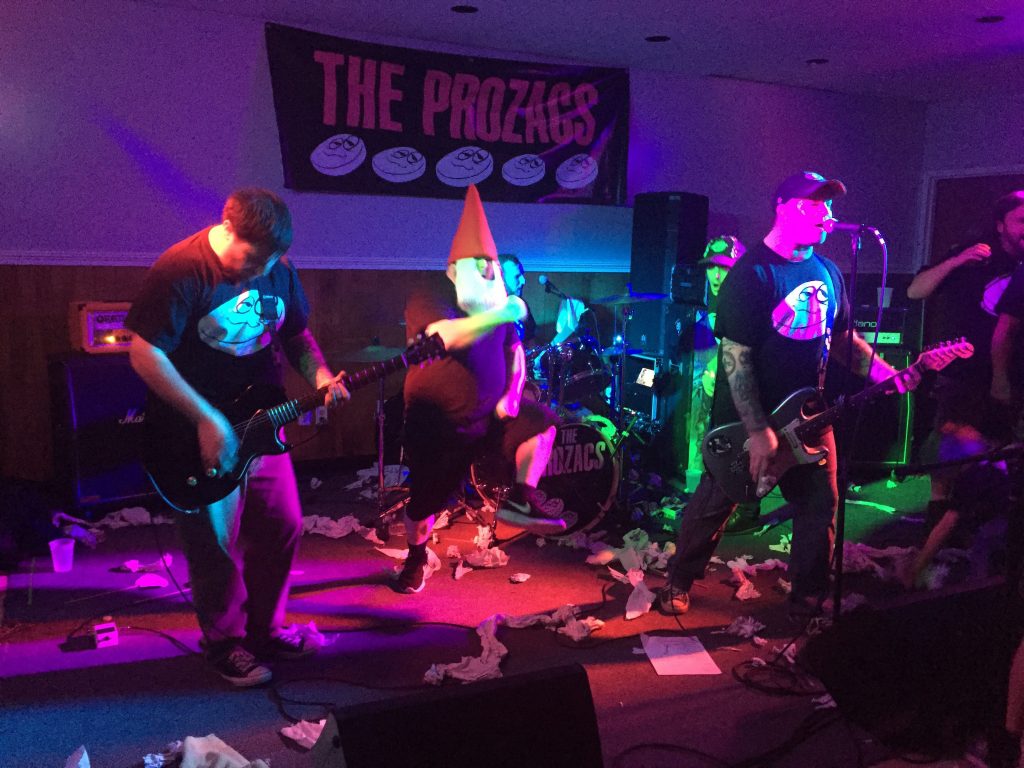 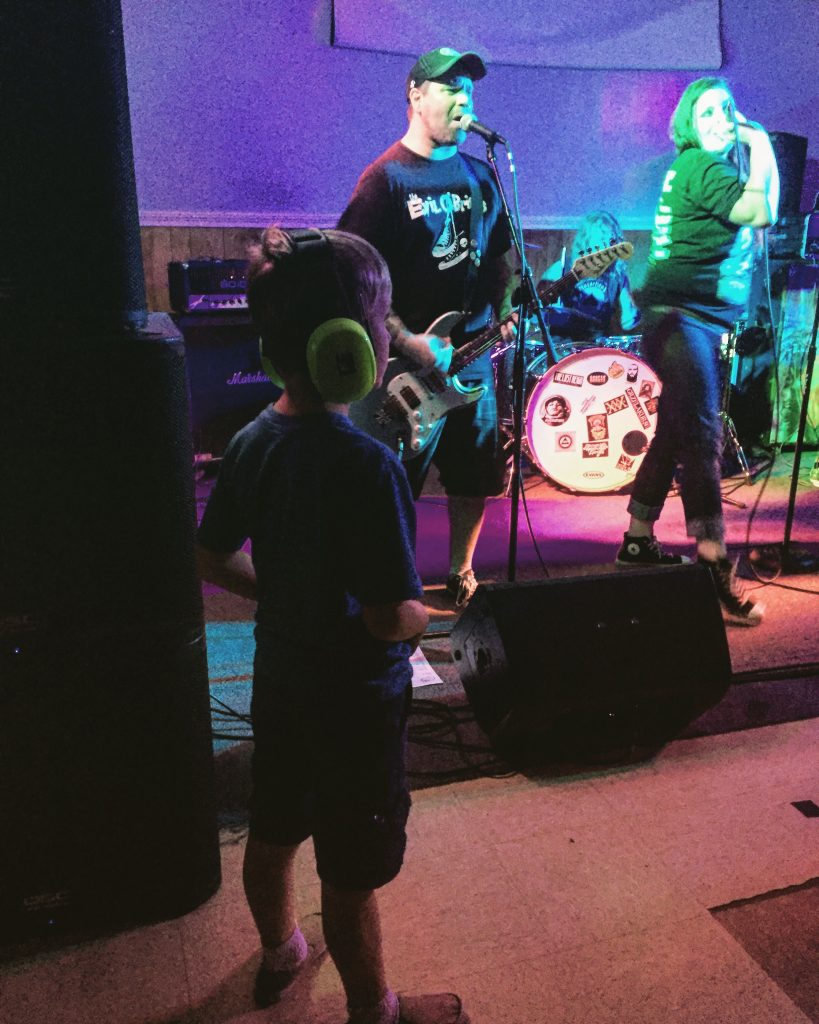 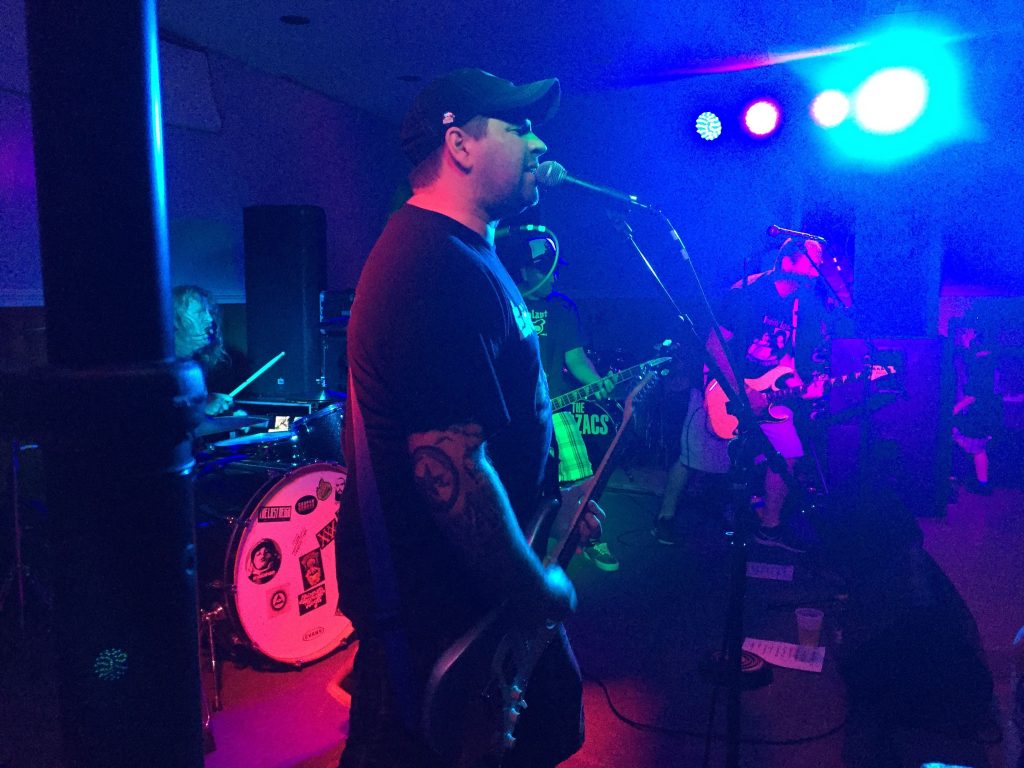 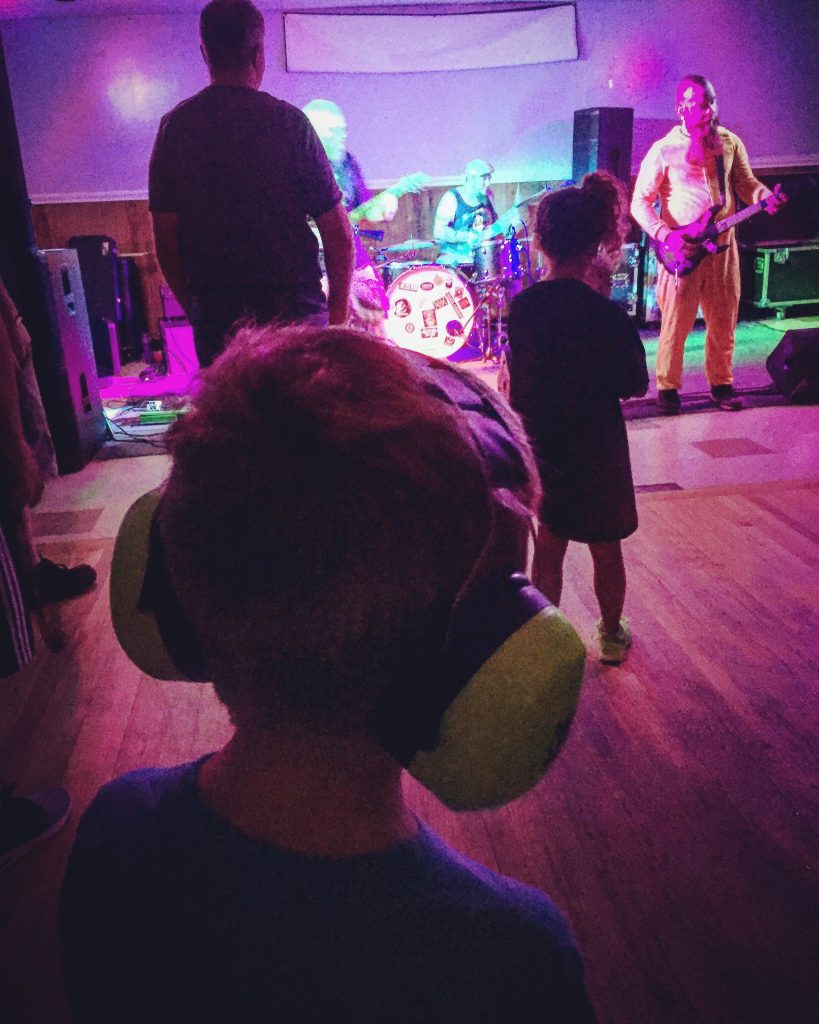 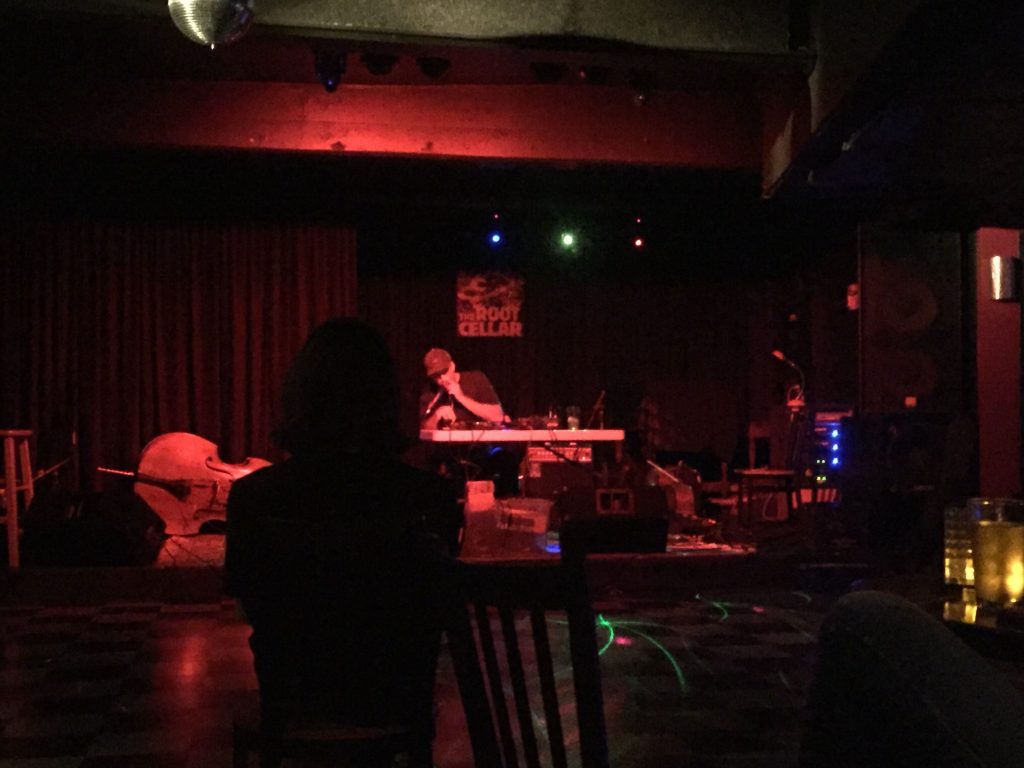 The white supremacy horror show that happened earlier this month in Charlottesville really got to me. That Sunday, I barely left my bed. I mainly watched stupid chick flicks to occupy my mind with less meaningful things. After dinner however, I took my 6-year old son to the all ages show at The Tank in Feeding Hills where The Prozacs were putting on a punk show for the release of their album, Exist, which I reviewed last week. Music is the best antidepressant there is, and I thought it was suiting the band is named after one.

We walked in, just in time to see the super fun and energetic Left Hand Backwards performing. Small kids were running around with little Prozacs shirts and oversized ear phones to protect their still developing ears. Being there with my son and seeing the pure excitement on his little face as he kept inching closer and closer to the stage as each band played, made me forget about my depressive demeanor I was in earlier that day.

There was definitely no chance in hell any Nazi-lovers would have over-powered that room full of punk-rock loving families. The community and togetherness felt inside that small venue on that night was very much felt by everyone.

Fast forward to a few days later. Still in my empathetic state of mind from the recent, very publicized hate fiasco, I went to check out a noise/experimental show at The Root Cellar in Greenfield. I believe I’ve noted before, those shows always send me into an artistic trance where I’m always left feeling inspired and rejuvenated. I was on a vision quest.

The metallic disco ball hanging from the ceiling casts glittery flashes across the checkered floor as I walk into the sounds of lounge, jazzy, jungle music. Jake Meginsky starts the night off with a very hearty DJ mix of all sorts of genres. I comfy up in a small candle-lit table with my date for the evening and an Allagash White. The screaming horns coming from the mix made me feel like I was in an underground club in the ’70s/’80s, NYC, or maybe New Orleans. Then a change of pace with The Zombies, The Cramps, The Fugees, oh my.

Meginsky departs his DJ spot on the side of the room and takes a turn on stage at a table with a couple sound machines. The droning, repetitive sounds he is making is mixed with the background noise to produce even more effects. The chatter of voices in the back of the room, the bartender shaking cocktails at the bar, a can cracking open, some laughter and glasses clinking, chairs moving across the floor, the register at the bar. I feel like my senses are heightened and I notice every single noise that is contributing to the root on the stage.

The Leila Bordreuil and Zach Rowden duo from Connecticut pick up their cello and stand up bass and blow my mind. The haunting and eerie sounds coming from the bows rubbing up against the strings of these tall beast-like instruments put me in an Anne Rice novel. I’m in the woods, running from vampires. Or maybe I’m the vampire running after my prey, thirsty for blood. The red stage lights glow on the two while they perform and put them into a horror scene with them as the soundtrack. The sounds are hypnotizing and often take on minds of their own as if these noises are being produced by different instruments. With a soft calm start, the performance took on a more aggressive approach nearing the end. Powerful and beautiful.

Body/Head end the night in a long, continuous jam. Kim Gordon in her gold, shimmery blouse mirrors the disco ball while she adjusts knobs on her foot petal and strums her guitar. Bill Nace on the opposite side of Gordon with his guitar strapped on his shoulders, swinging back and forth as his body sways from side to side in almost a manic state. The presence of their body movements are just as transcending as listening to this experimental noise they have produced from their heads. I wonder if this has something to do with their namesake. Gordon’s smooth, soft vocals soothes us and brings to mind lullabies … calming us.