Yea-Hoo and Rockabilly, too: Flathead Rodeo Friday in Easthampton 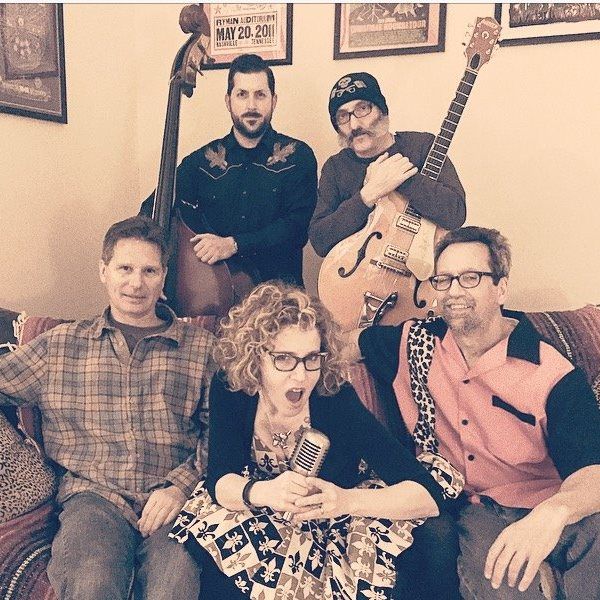 Songs From the Rodeo

Flathead Rodeo is Northampton-based roots rockabilly band recently won Mark Sherry’s Valley Musical Showcase in July, a regular, judged competition at New City Brewery in Easthampton. So, now they have the honor of opening and closing this week’s Showcase. Go see ‘em: They’re rocking, fun, and funny. Mistress Miriam (who got her name from Iggy Pop) has a long history of singing and performing improv — a combination that has given MM the power to perform an improvised musical on the spot. There’s Theo Aronson on upright bass who brings a punk pedigree to the rhythm section; John Kokoszyna, who grew up in the shadow of drum kits, on drums; and Dangerous Pete, who was raised by Eastern gray squirrels, on guitar and lap steel. In between the Flathead Rodeo’s two sets more bands will play, including: And the Neighbors, Kingdom of Jones, Original Cowards, One Time Weekend, and Lisa Palumbo Band.