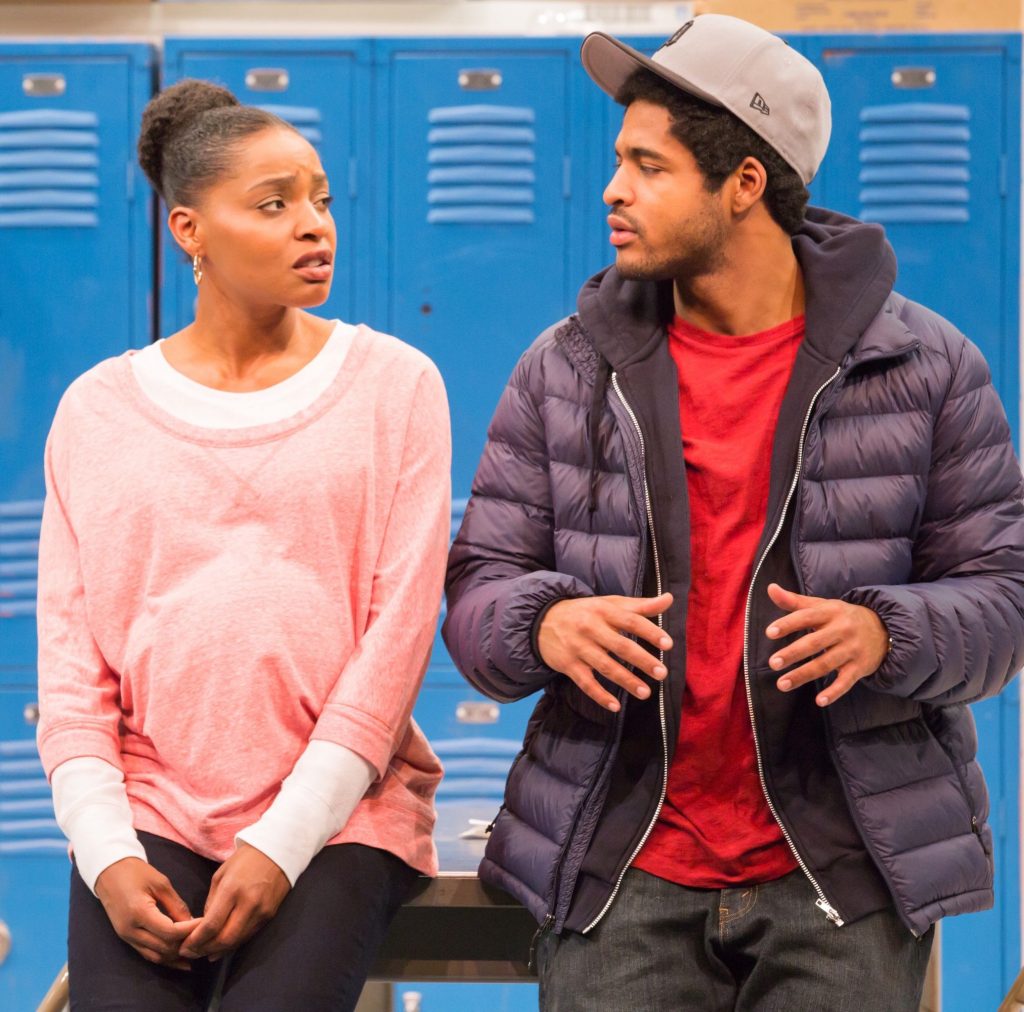 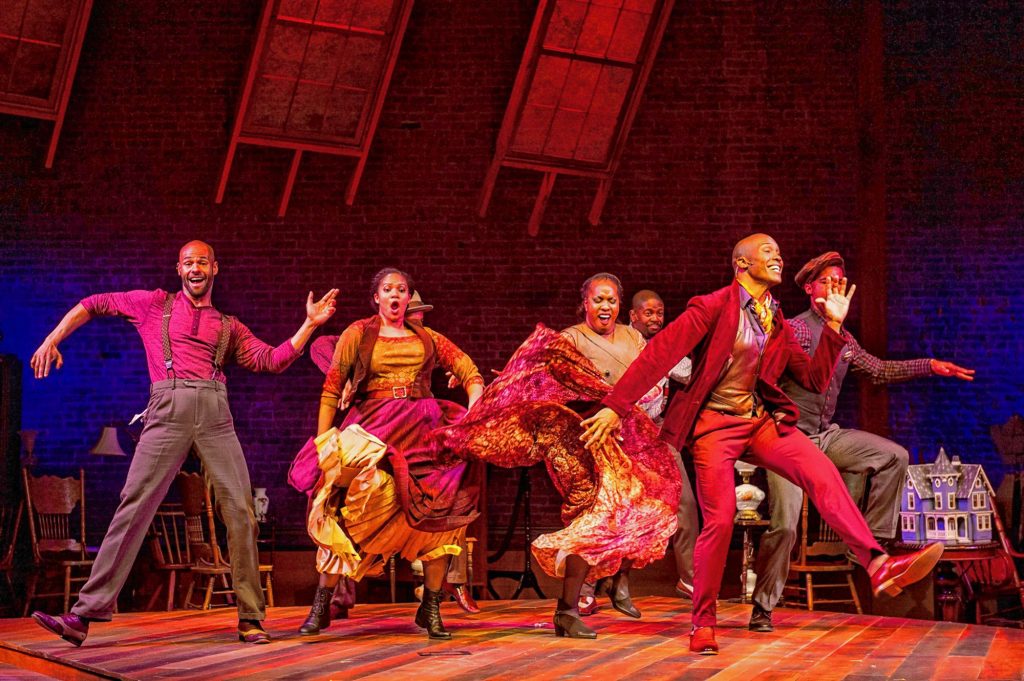 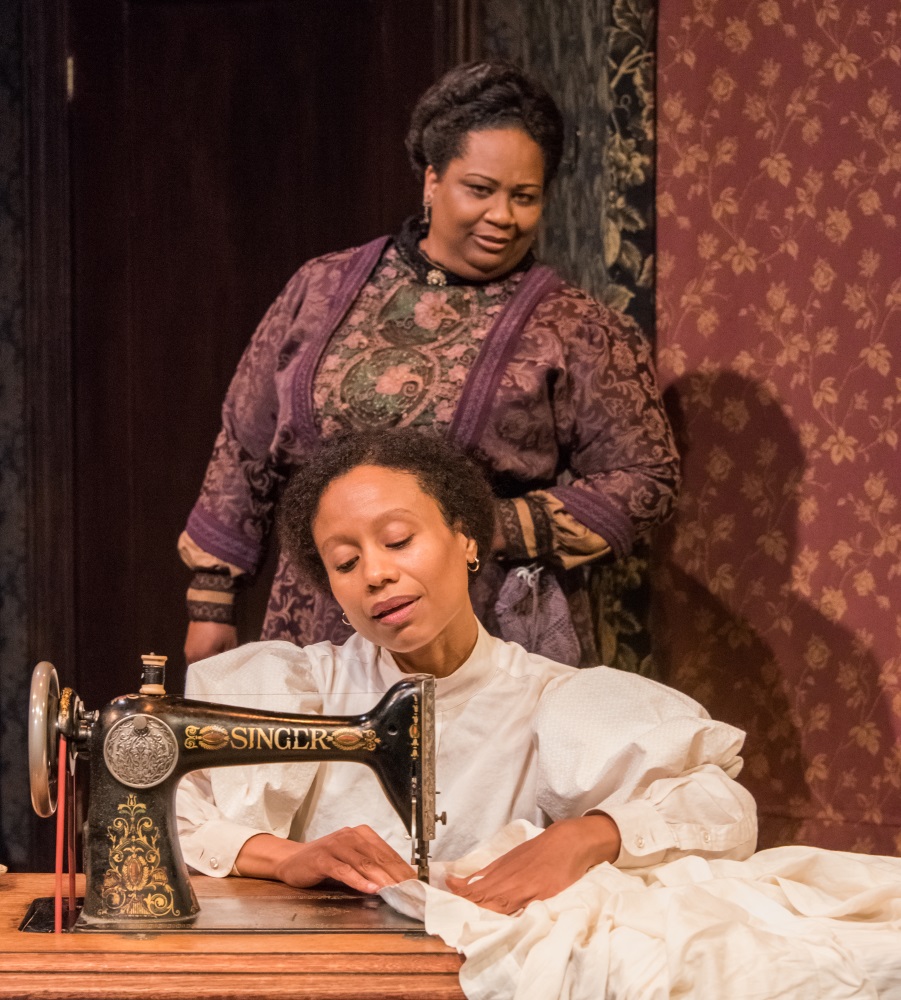 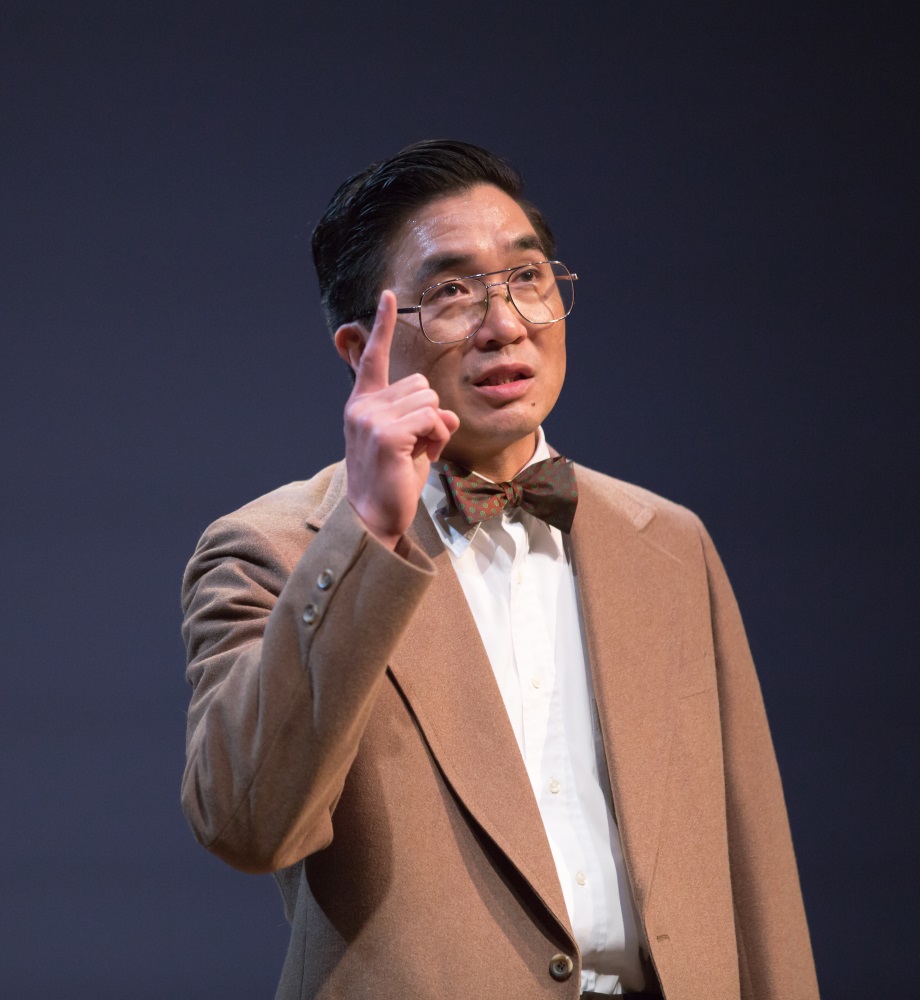 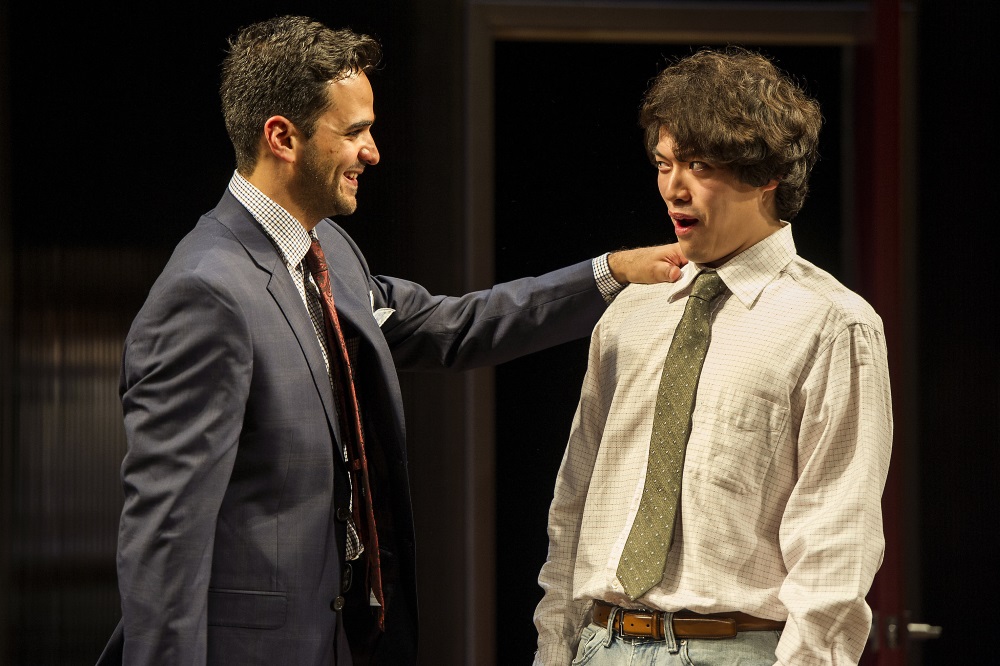 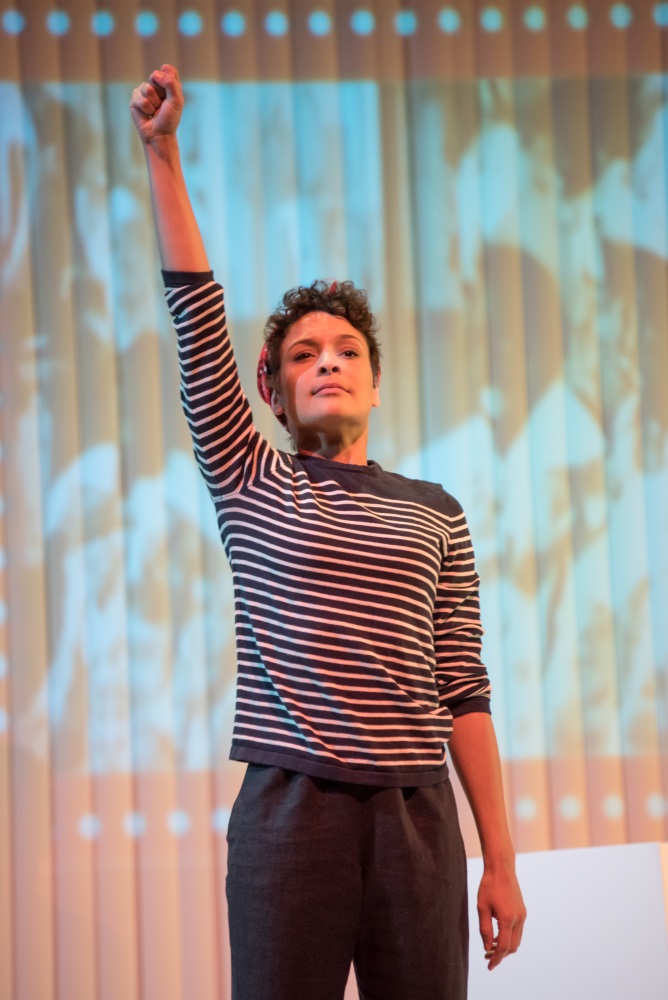 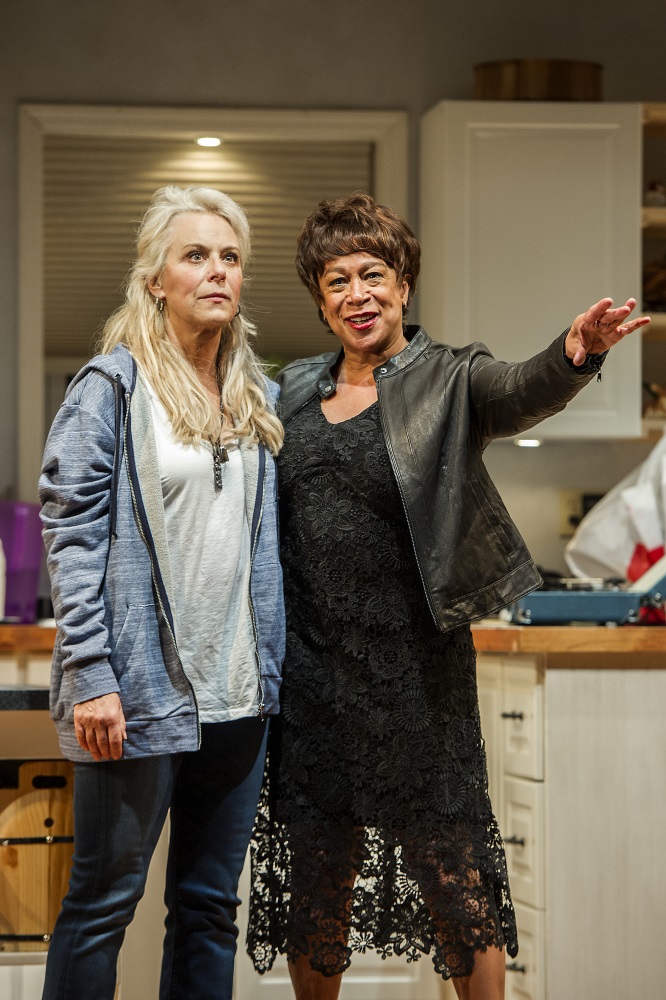 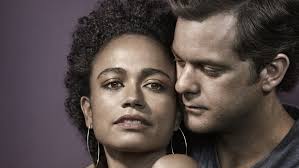 The area’s summer theaters have folded their metaphorical tents for the year, though three of the Berkshire companies are also mounting fall shows. For this critic, it was a Sergio Leone season: good, bad, and occasionally ugly. (An example of the extremes — Silverthorne Theater Company’s Chekhov mashup Stupid Fucking Bird, which played metatheatrically with The Seagull, and Williamstown Theatre Festival’s Moscow Moscow Moscow Moscow Moscow Moscow, which toyed adolescently with The Three Sisters.)

For me, the best news was the burgeoning presence of people of color on the region’s stages. Of the 29 productions I attended, more than half featured actors of color in leading or key roles, or — even more heartening — cast them in roles written for and usually reserved for whites. There was a stronger-than-usual representation of playwrights and directors of color, too. 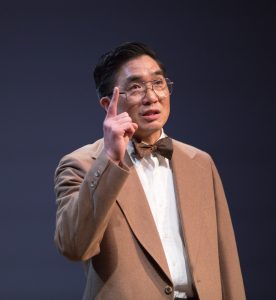 One of the season’s most exhilarating productions was New Century Theatre’s Hold These Truths, written by Jeanne Sakata and featuring a mesmerizing solo performance by Greg Watanabe as the young man who resisted the disgraceful internment of Japanese Americans in World War II.

Chester Theatre Company opened its season with I and You, about the unexpectedly symbiotic relationship of two teenagers, whom playwright Lauren Gunderson specifies should be played by actors of different races. Here they were Asian-American Lilli Hokama and African-American Paul Pontrelli. That was immediately followed by the all-black Skeleton Crew, by Dominique Morrisseau, directed by Awoye Timpo, which takes place in the break room of an auto factory on the verge of closure. 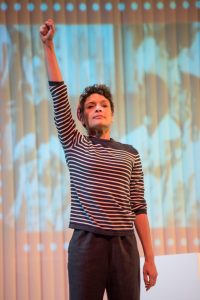 Half the season at the KO Festival of Performance focused on people of color, starting with Jimmy & Lorraine, exploring the complicated bonds between two great African-American artist/activists, James Baldwin and Lorraine Hansberry, written by one-time New WORLD Theater director Talvin Wilks and performed by Hartford’s multicultural HartBeat Ensemble. Colombian artist Jairo Cuesta’s heartrending solo performance in Death of a Man portrayed the rape of the Amazon and its people by the American appetite for rubber.

Barrington Stage Company opened its mainstage season with the musical Ragtime, based on E.L. Doctorow’s novel of industry, immigration and racism. It starred a charismatic Darnell Abraham as proud, volatile Coalhouse Walker Jr., waging a quixotic battle to avenge an assault on his dignity, and featured a multiracial supporting cast. The company’s second stage opened with Kunstler, a two-character portrait of the crusading civil rights lawyer confronted by an African-American student (Erin Roché) who says he’s abandoned his principles. 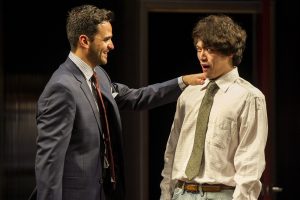 Three of this season’s four world premieres on Williamstown’s often experimental Nikos Stage centered on people of color. The Model American, by Korean-born Jason Kim, followed an ambitious Latino immigrant (Hiram Delgado) in his quest for the stars-and-stripes dream, supported by a multiracial cast. Harrison David Rivers’ Where Storms Are Born, directed by Saheem Ali, zeroed in on an African-American family in a moment of crisis. And Actually, staged by Liliana Blain-Cruz, found two college students, African-American Tom and white Amber (Joshua Boone and Alexandra Socha), sorting through the fraught aftermath of an impulsive sexual encounter.

Lynn Nottage’s Intimate Apparel, at Shakespeare & Company, focused on Esther, an African-American seamstress in early-20th-century New York, navigating issues of race and class as she sews for a pampered society lady and a gutsy prostitute, marries a Barbadian bully and forms a shy friendship with an orthodox Jew. It starred the luminous Nehassaiu deGannes, who later in the season performed her own one-woman show, Door of No Return, exploring New England’s hidden multicultural legacies.

The American theater is woefully behind Europe, and especially England, in “color-blind” casting — that is, adding ethnicity and skin color to theater’s “willing suspension of disbelief” — as well as espanding roles that are not race-specific beyond the white default. (For instance, audiences at Amherst Cinema for the live-in-HD series of broadcasts from Britain’s National Theatre have seen actors of color as Salieri in Amadeus, Ophelia in Hamlet, the Dauphin in Saint Joan, and the title character in Everyman.)

Shakespeare & Co. has long led the way in this practice, and continued it this season with their two mainstage plays by the Bard. Both Cymbeline and The Tempest fielded the same nine-member ensemble, two of whom — Deaon Griffin-Pressley and Thomas Brazzle — are African-Americans, inviting us in their performances to see past the color and into the person. 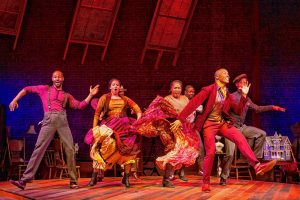 At Barrington Stage, The Birds, based on the du Maurier/Hitchcock thriller, saw Asian-American Sasha Diamond in a race-neutral role, and the Sondheim musical Company featured three African-Americans in roles usually played white. At Williamstown, in the two-woman star vehicle The Roommate, one of the stars was S. Epatha Merkerson, of Law and Order fame, playing a suburban Iowa matron without batting an eye. And Lauren Ridloff starred in the Berkshire Theatre Group’s Children of a Lesser God, which heads to Broadway next spring.

Full reviews of many of these shows are at valleyadvocate.com/author/chris-rohmann/

Photos by  Daniel Rader, Stratton McCrady, Elizabeth Solaka and courtesy of the theaters.