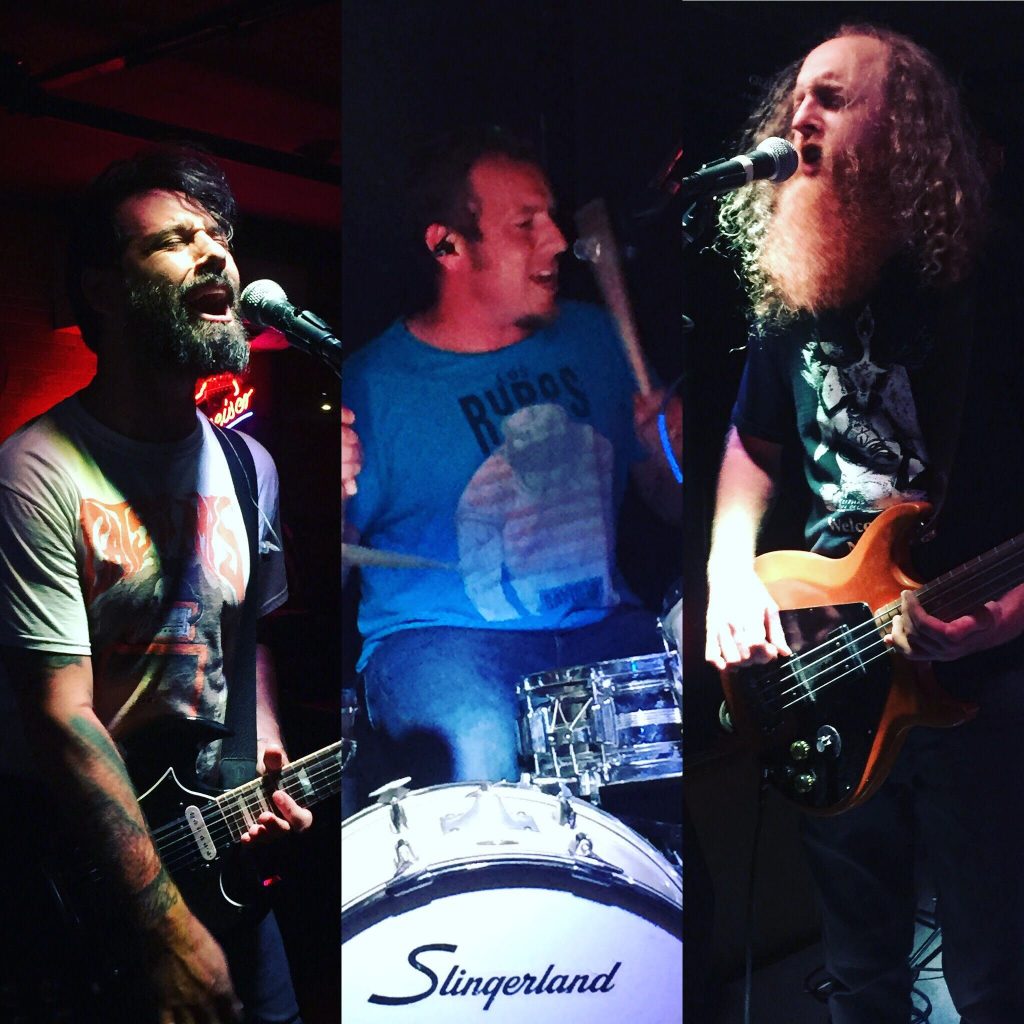 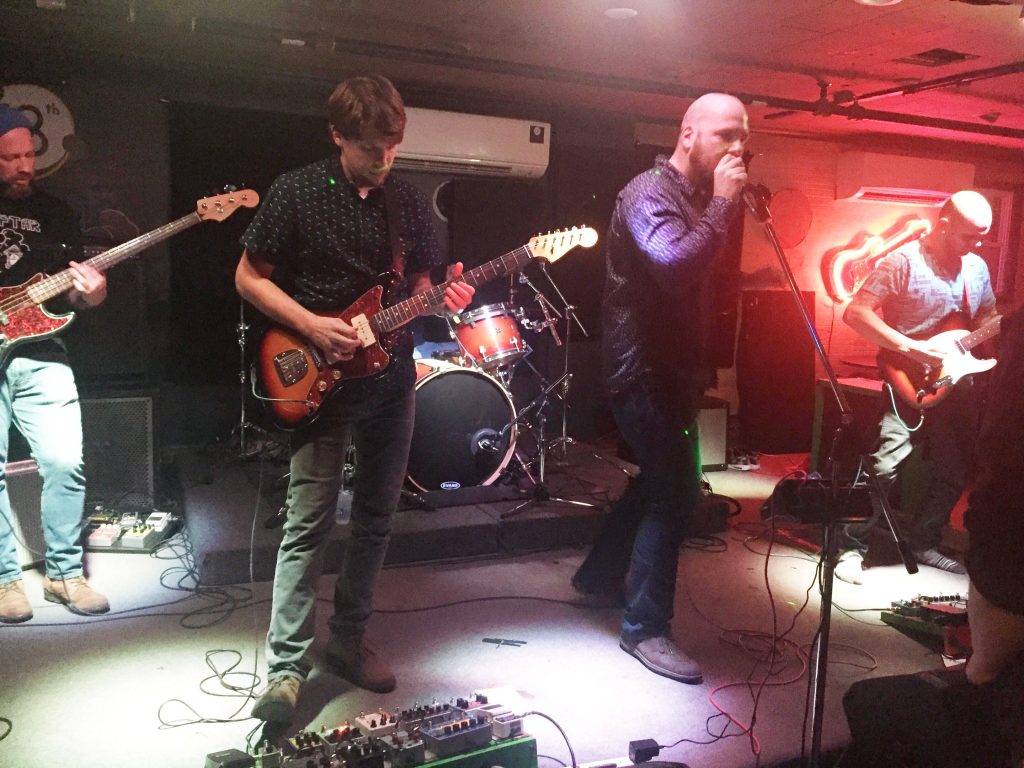 On the first fall evening that actually felt like fall I walk into the 13th Floor Music Lounge in Florence just in time to catch soundcheck for the first band, Holyoke’s stoner psych-rock, Oxen.

Let’s take a trip down memory lane. Oxen’s first EP The Glass Coffin was my first music review, almost 4 years ago. That was when I realized, not only do I love music, I love writing about it, experiencing it.

The now 3-piece are reminiscent of a fever dream transcending into another realm. Once you snap out of your trance you see three dudes dominating their instruments all wearing cool T-shirts. Hans Dalhaus, center stage behind his drum kit, says that tonight is his first show after he dislocated his shoulder and he feels great. Hmmm, I wonder why… he is an aggressive drummer making each beat pound right into your soul making it not dark anymore.

Guitarist Chris Daniele and bassist Eric Racicot stand on either side orchestrating us into that fever dream over and over. They all take turns with vocals, without one as the lead singer. They mix old songs with newer songs that will be on their forthcoming album making a debut at the end of the year. Stay tuned for that eargasm. For the last two songs, Daniele and Racicot switch instruments and sides of the stage. Almost like nothing had changed, they powerfully end the set in pure domination. 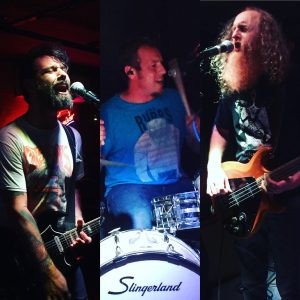 Sandwiched in between the local bands are two bands both from New York. Added Color from Brooklyn brings their heavy groove rock to the 413. They have a touch of Arctic Monkeys one minute, then holy shit they get heavy. Super fun, you could bang your head, or dance. Whatever your taste.

Progressive metal instrumentalists from NYC, Paragnosis (the g is silent) playing their first show out of NY changes the mood. They are heavy and intricate and have hints of Tool sprinkled throughout. The thing I admire most about instrumental bands is that the vocals are nonexistent and you are able to hear the music in its entirety through the instruments and feel like you are inside the musician’s brain without words. I ride the guitar solo’s wave into my own thoughts.

At one point during the night, a woman pops into the room and sees the $7 cover charge and scowls at it instead of paying. She turns to the merch table and picks up a lighter for sale, flicks it, then tries to stick it in her pocket before being kicked out. Moral of that story, show attendees: PAY the cover charge, BUY the band merch and of course, don’t forget to TIP your bartender.

Closing the night, or early morning, are progressive, rock metalists, Neon Fauna from Northampton/Easthampton. Have you ever seen them live? They’re like a charismatic, chaotic circus. Vocalist Tony Denucce blends a perfect mixture of melodies with a beastly hardcore growl while constantly bouncing around stage projecting his energy into the audience. Guitarists Adam Finnie and Marc Stanislas on opposite ends of the stage of each other stay focused and you can distinguish the dual sounds they produce. Bassist John St. Onge and drummer Dave Mikuta compliment each other’s instruments tying together the heartbeat of each song.

Neon Fauna are also in the process of recording an album that’s due out sometime before the year’s end. And on vinyl! Produced by Yucky Studios which is Oxen’s Daniele’s recording studio. So yeah, another eargasm to look forward to before we make an exit of 2017. I see a double feature album release show in the near future. Fingers crossed.