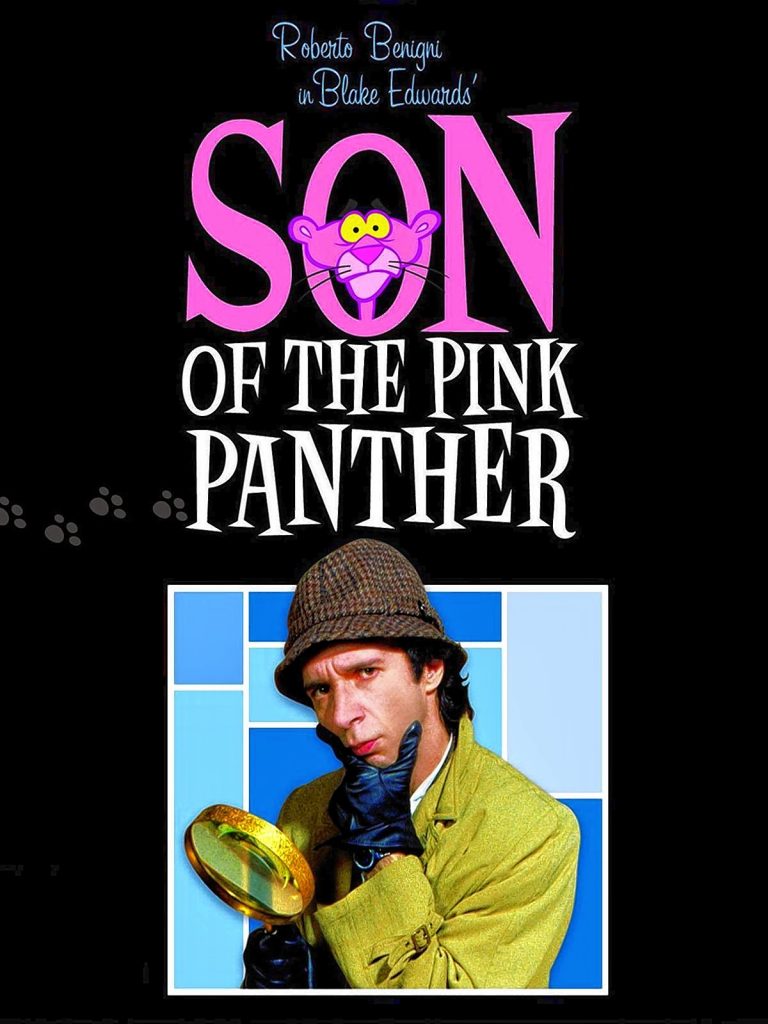 It may come as a surprise to my faithful readers that I actually own a few classy movies — notably, the well-regarded “Pink Panther” series starring the great Peter Sellers as Detective Inspector Clouseau.

After Sellers’ death, the producers unwisely decided to try to keep the series going with a “Son Of” sequel. Alas, I am forced to quote the immortal Rocky the Squirrel: “But that trick never works, Bullwinkle!” 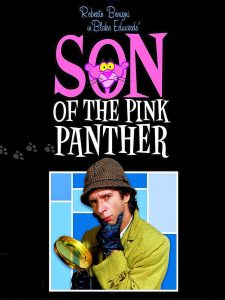 Son of the Pink Panther

You know you’re in trouble right away when Henry Mancini’s classic Pink Panther theme is “sung” by Bobby (“Don’t Worry Be Happy”) McFerrin. This is like Tiny Tim singing the National Anthem.

After the serenade, a plot of sorts unfolds: Master criminal Hans Zarba (played by craggy-faced Robert Davi) storms the yacht of rich Princess Yasmin, mercilessly guns down her guards and takes her hostage. No, it’s not Liam Neeson to the rescue — the man assigned to the job is … Gendarme Jacques (Clouseau) Gambrelli, aka “Son of Pink Panther.”

Sellers played Clouseau to great effect as a buffoon hopelessly trying to maintain an air of suavity. Here, Italian comedian Roberto Benigni plays Clouseau Jr. as an annoying idiot who is, well… an even more annoying idiot. You’ll probably find more yucks in the black plague than in this movie. Clouseau’s escapades involve such highly original gags as walking through wet cement and riding a bicycle in the water (always guaranteed to brings on guffaws!).

Fortunately, Herbert Lom is back as Clouseau’s long-suffering boss, Charles Dreyfus — and he pretty much steals the show. Also returning to some effect is Burt Kwouk as Cato Fong, Clouseau’s Asian man servant, who masterfully disguises himself as a rabbi. Claudia Cardinale, who appeared in the original “Pink Panther,” now plays Clouseau’s mother, Maria. She at least is easy on the eyes, while Bengini’s stilted English voice is a torture to the ears. Professor Auguste Balls also reappears, and I’m sure you can guess the inane puns that follow.

To be fair, I did chortle a few times. When Hans tells Clouseau he hyperventilated, an oblivious Clouseau checks to see if he soiled himself. Yasmin yells “My God”; Clouseau replies “mine, too.” I’m afraid that’s the best you’re going to get here, folks.

Clouseau rescues Yasmin, who must have the sex drive of a turnip because she inexplicably falls in love with the repugnant Benigni. There is one final surprise at the end, as Maria announces she had twins. A female Clouseau appears and accidentally kicks Chief Dreyfus in the face. But don’t worry — your sanity is safe because the producers never made another sequel.

ve Martin version. But don’t get me started. Suffice it to say that it was nominated for “Worst Remake or Rip-off” at the 2006 Razzies.