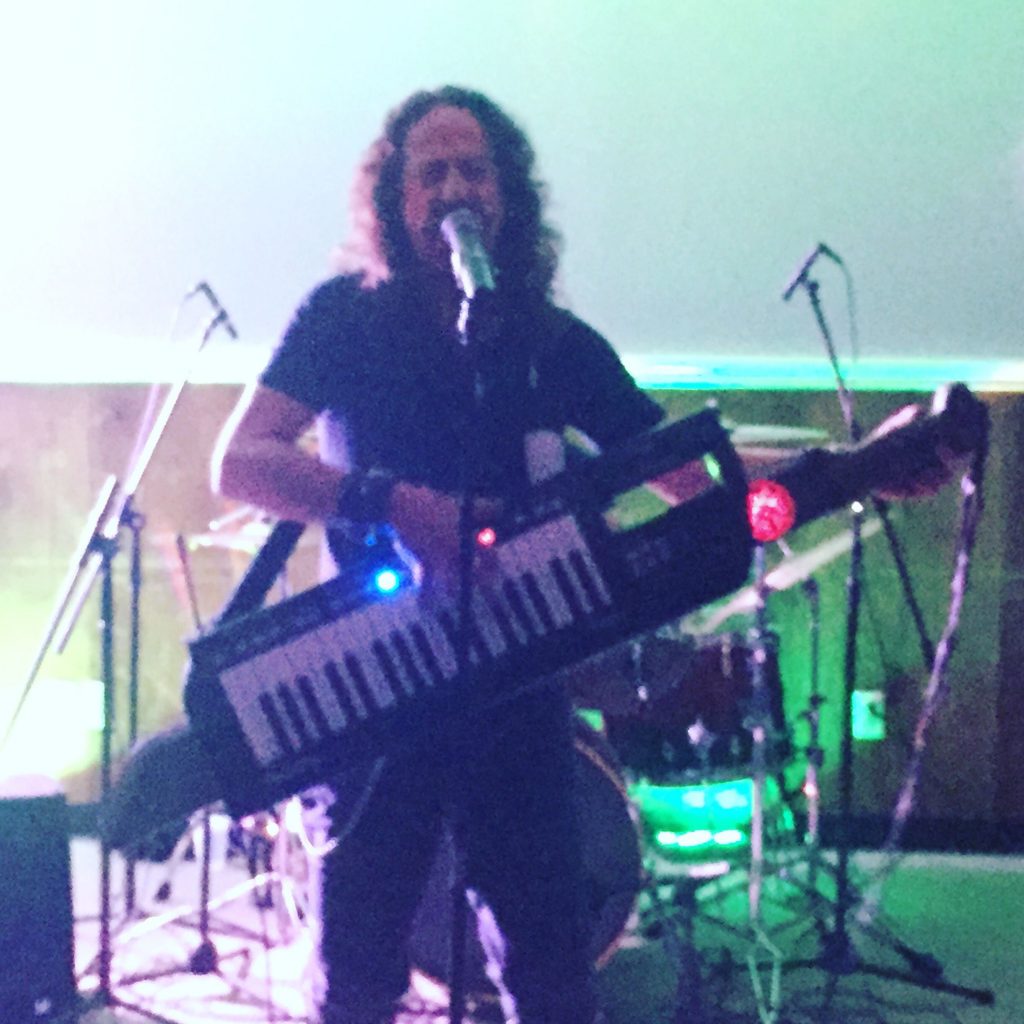 Friday the 13th has become a horror franchise with 12 (and I’m sure there will be many more in the future) slasher films, television shows, comics, novels, video games and, of course, merchandise; take a look at the number of Jason’s masks roaming around on Halloween. When the first movie came out in 1980, the boy named Jason Vorhees emerged from Crystal Lake and has been a vicious killer for almost 40 years. The very first “Jason” was played by Ari Lehman. Lehman is now a rocker with a tribute band called First Jason. When I heard they were playing in my hometown, I had to check it out.

I got to The Tank in Agawam just in time to catch East Longmeadow’s hip hop metal trio, Oddium. The vocalist’s rhythmic rants about life were perfectly paired with the heavy guitar and drum beats. You could feel it in your bones – lyrics about having a bad day, bad week, bad time. Yes, sir, I hear that!

One of my faves Left Hand Backwards (let your imagination go wild with how they got that name) followed. They’re a li’l bit punk, a li‘l’ bit metal, and a li’l bit of comedy when they pull out the stoner rock. Singer Paul Spink, dressed in his new dog onesie from Savers, took his cordless microphone into the bar and urged folks to come to the music room for their performance. This band is my antidepressant; I smile and laugh when I’m listening to Left Hand Backwards. Who would have thought a song about eating a fetus could warm your heart?

Springfield’s Speak Well of the Dead were next up. I’ve seen these ultra fast-paced metal/hardcore dudes on a number of occasions. This performance was by far the loudest. And they were third act that night without a bassist. I always feel the bass is the heartbeat of the music, and I tend to dig it the most. But I don’t seem to miss it when these bands play.

During the set change, I ventured over to the merch tables and spied some handcrafted Jason mask pendants. I love weird jewelry and of course horror, so I picked out a purple mask on a black braided cord. It was made by First Jason’s guitarist who goes by the name Eddie Machete. I immediately put it on and thanked Ari for coming to Agawam. He said he was stoked and that metal and horror go together. He told me to watch out for him playing later on a machete keytar.

Once Were Kings came on like a pure explosion. I saw them a few times since they debuted at the Max Cap Halloween Show last year, and they continue to get more brutal. Sadly, this is Scott Manchester’s last show with the band. But they introduced the vocalist taking over, Jesse James, mainly known from the CT metal scene. The neon stage lights cast silhouettes; the illusion made it seem as though 10 people on stage. The floor was full at this point in the show and everyone lifted their drinks with their pinkies up, which is the motto for the band.

Closing the night was First Jason. They drove to Agawam from Chicago to play The Tank. They were pure rock. And yes, that machete keytar was front and center with a red Jason mask illuminating from the top of it. They played songs about the fictional horror character Jason Vorhees with lyrics like “Jason is watching you,” “machete is my friend,” and “are you gonna sink or swim.” They ended with “Jason Never Dies” which includes the “ch ch ch auh auh auh” in the chorus.

I couldn’t help but watch Ari play in front of me and imagine what he had looked like coming out of the water at Crystal Lake–the stuff of my childhood nightmares. Well, almost 40 years later, the music that stemmed from a staple in horror culture, is unique and fun to listen to. And it’s cool to say I shook the hand of the guy I had nightmares about, so long ago.

Speaking of Friday the 13th, make sure to check out another killer show at The Tank in Agawam on April 13th with two of my local faves, Problem With Dragons and Grzelakurse.