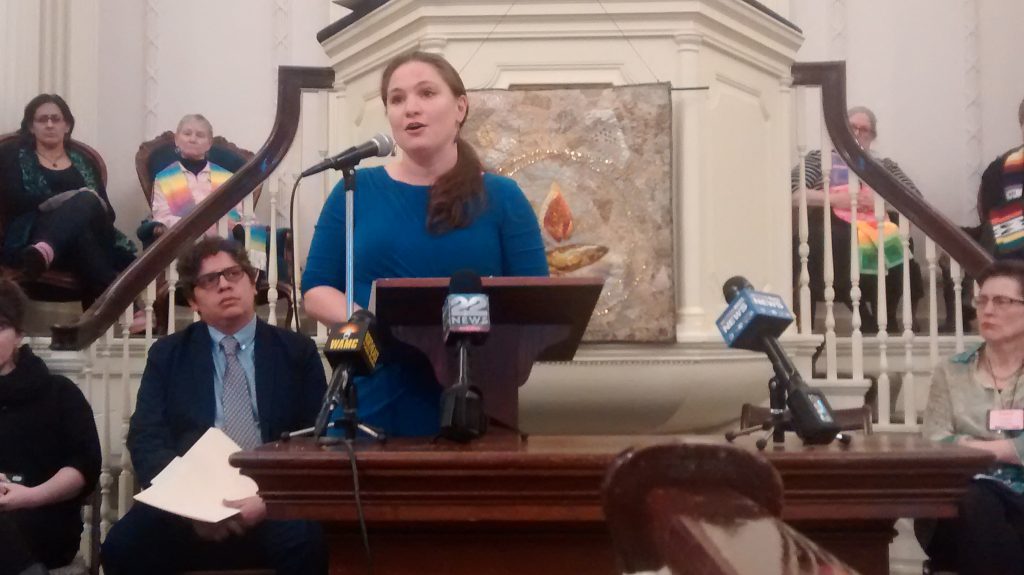 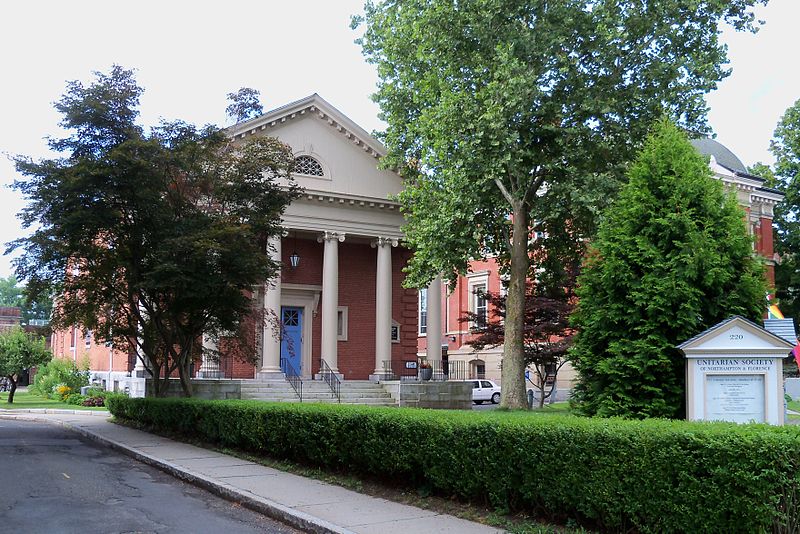 Irida Kakhtiranova faced discrimination in her home in the Ural region of Russia due to her same-sex relationship with the woman she loved. In 2003, she left to come to the United States. Fifteen years later, she is married to U.S born man and has three children, but faces the threat of deportation due to her undocumented status.

On April 6, Kakhtiranova entered into sanctuary at the Unitarian Society of Northampton and Florence at 220 Main St. in Northampton. During a press conference on Tuesday, April 10, Kakhitiranova said she’s willing to fight to remain in the United States to remain with her 4-year-old twin daughters, 10-year-old son, and husband. 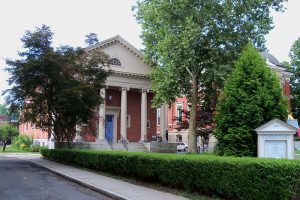 “This congregation is comprised of the most genuinely kind people that I’ve ever met,” she said. “My first night here, I slept better than I ever had in a long while, feeling that I was finally safe from the daily fear of deportation. I came to this country 15 years ago and I’ve worked very hard to provide for my family ever since. I feel very much a part of the community where I live and very much an American despite my resident status. I’ve built a life here with my husband and with the help of his family in a country that I’ve come to love and feel that is my only true home.”

The situation in Northampton, where Mayor David Narkewicz issued a statement of support of the church offering sanctuary, contrasted sharply with Springfield Mayor Domenic Sarno’s opposition to a recent offer of sanctuary from a Springfield church. Upon learning that the South Congregational Church offered sanctuary to a Peruvian immigrant and her children, Sarno sought to end the church’s tax-exempt status through a housing inspection. The inspection came back with no major problems, and Sarno has said little about the church since.

Kakhtiranova said she works in the restaurant industry and is the sole financial provider of her family due to her husband suffering from an undisclosed health condition. She and her family moved to the Pioneer Valley in 2009.

She made the decision to enter sanctuary on April 3 with the idea that she would likely remain in sanctuary for months.

“It’s been a rough week and when I did get in here, the first two days I pretty much just slept and rested,” she said. “I finally stopped looking at the door and the window without shaking.”

If Kakhtiranova and her family were deported, she said she would be fearful of the discrimination that LGBTQ people face in Russia.

“It’s been 15 years,” she said. “It was really bad then. Where’s the guarantee that it’s not the same now. I don’t have much contact with people in Russia … I have no idea what I’d be facing or my family.

Rev. Janet Bush, minister of the Unitarian Society of Northampton and Florence, said many faith leaders and grassroots activist organizations across Western Massachusetts, such as the Pioneer Valley Workers Center, are supporting the sanctuary effort for Kakhtiranova in Northampton. 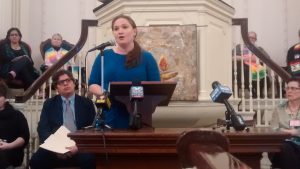 “She is just one of the 11 million undocumented immigrants who, because our unjust and inhumane immigration system, has no pathway to live openly in this land of the free,” Burke said.

She said the adjustment of status application has 76 boxes that someone must check in order to permanently reside in the United States.

“And because of Irida’s past interactions with immigration, and which have nothing to do with any sort of criminal record, she wasn’t able to check every box,” Burke said.

Lucio Perez, a leader with the Pioneer Valley Workers Center and undocumented immigrant who entered into sanctuary at First Church in Amherst on Oct. 19, 2017, said in a press release said he hopes that Kakhtiranova can embrace “faith and hope” in the community that supports her.

“Taking sanctuary is not an easy decision, but with the community we have here to support us, it is a far better way to be in this fight than to do it when you are far away from your family and your children,” Perez said.

In a statement, Northampton Mayor David Narkewicz said he supports the decision to offer sanctuary at the unitarian society and pledged not to interfere with “the congregation’s principled act of conscience.”

“I continue to call upon President Trump to end his hateful and divisive immigration policies that run counter to our proud history as a nation founded and built by immigrants,” Narkewicz stated. “ It is truly a sad day for America when a hardworking and loving mother of three U.S. citizen children married to a U.S. citizen is forced to hide in a church basement while she attempts to resolve her immigration status. Congress can and must act to reverse these policies and fix our broken immigration system.”