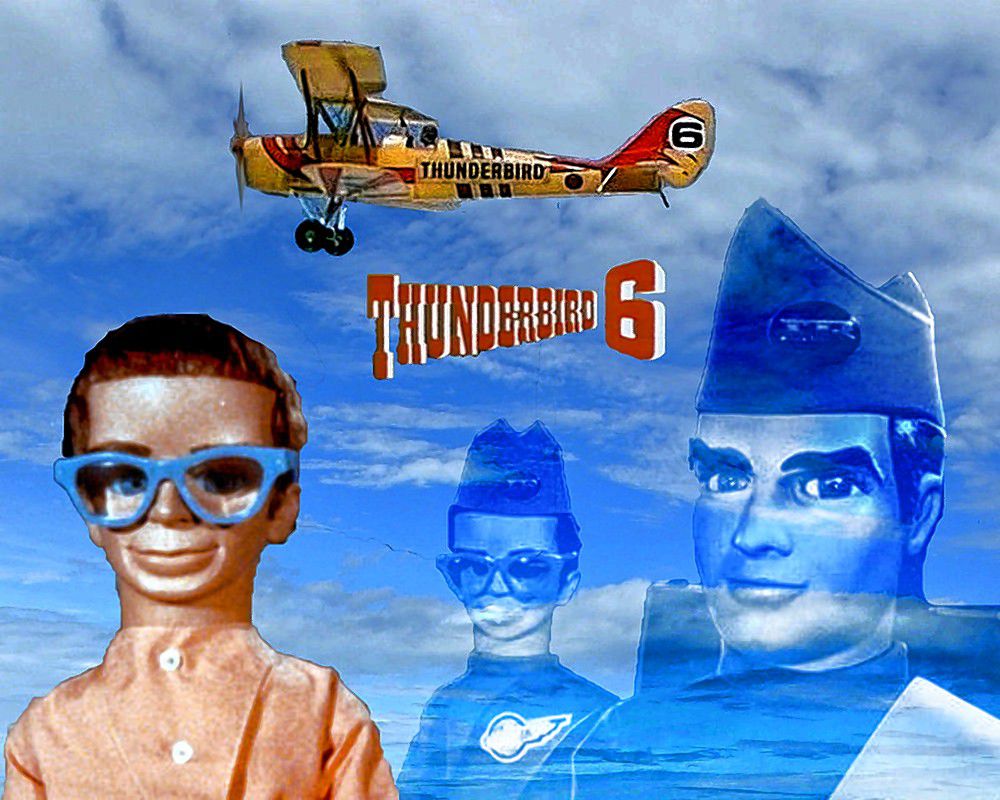 Hands up! — how many readers remember HL Childs’ toy store in Northampton? I was there on closing day and came across a massive “Thunderbirds Island” playset commanding an entire shelf. As you may recall, “Thunderbirds” was a British TV show featuring marionettes and plastic rocket ships (in an earlier column I reviewed the movie version of the show, “Thunderbirds Are Go”). Anyhow, I was (atypically) inclined to financial prudence that day and never did break open my wallet to splurge for the playset.

But back to the present: Now it’s Toys ‘R’ Us that is folding. As I pushed my shopping cart down aisles clogged with stuffed unicorns and yowling toddlers, lo! — there it was on the shelf again: The “Thunderbird Island” playset! No way I could resist this time — I bowled over a few kids and headed straight for checkout.

So, OK, in honor of this great consumer event, let’s review the second “Thunderbirds” movie, “Thunderbirds 6” (1968).

Quick intro: The Tracy family, dad and his five sons, live on Tracy Island, where they operate International Rescue. Their fleet consists of four futuristic ships, plus a space station, which they use to quell dire situations. These five vehicles then explain the title of the movie: What is Thunderbird SIX? Big mystery, right?.

“Brains,” the chief engineer (who sports the requisite nerdy glasses), oversees construction of an airborne luxury liner. On board on its maiden voyage is super-spy Lady Penelope and her servant, Parker. Penelope usually drives a pink Rolls Royce that makes James Bond’s Aston Martin look like a rusted Vega. But there is sabotage! Enemy agents murder the crew, subjecting us to the unmentionable sight of puppet bodies being dumped over the ocean.

During the melee, the ginormous liner gets stuck on top of a control tower, so it’s Thunderbirds to the rescue. Problem is, the ‘birds are too big and bulky to reach the survivors. As luck would have it, they know someone who has an old biplane that can do the job.

(True story interjection: The plastic model plane didn’t look too realistic, so the producers hired a pilot to do some stunts in a real biplane, including flying beneath a busy highway underpass. Police were not amused and took the producers to court. The judge, who happened to be a big “Thunderbirds” fan, was serendipitously — or is that surreptitiously? —slipped a few spare puppets and the case was thrown out.)

The biplane rescues Lady Penelope (the Parker puppet is accidentally dumped in a tree) and saves the day. Back on Tracy island, we learn that — guess what? — the mysterious Thunderbird 6 is… nothing more than the rickety biplane itself. Big let-down.

At least I get to build my Tracy Island playset. But wait! In small letters on the bottom of the box it reads “Vehicles not included.” Also, it requires three batteries, although only one is included. Someone’s pulling my strings.

Anyway, I ordered the vehicles through a certain online giant. The package was to be delivered on Easter Sunday. A bit dubious, I called tracking and I was told the package was sitting outside my door. Yes — International Rescue had arrived! Now if I can just get my hands on that pink Rolls Royce…