Beyond 4/20: Criminal Justice Reform and Cannabis in Mass 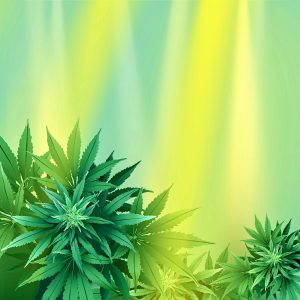 If any day could be called National Marijuana Day, it’s 4/20. Cannabis consumers are celebrating an exciting year for cannabis in Massachusetts with the first recreational marijuana licenses already approved, but many people, particularly in communities of color, are still dealing with the effects of prohibition.

Andrew Stachiw is a worker owner at Toolbox for Education and Social Action; he’s worked with people at the Franklin County House of Corrections to develop the Compost Cooperative, a compost pick-up service in Greenfield that will be entirely owned by people who are formerly incarcerated. Stachiw said that many people struggle to find work due to past convictions, even if they were convicted of a marijuana offense that is now legal.

“We have this idea that people have served their time, but that’s just not the case,” Stachiw said. “People carry these charges with them for the rest of their lives.”

The Cannabis Control Commission (CCC) and the Massachusetts Legislature have taken a few steps this spring to rectify the effects of the war on drugs. The criminal justice reform bill (Bill S.2371), signed by Governor Charlie Baker on April 13, establishes a process for expunging certain criminal records for the first time in Massachusetts history. The CCC also included a social justice minded provision in the adult-use cannabis regulations that passed in February. That provision prioritizes applicants that have experience in or demonstrated an ability to promote economic empowerment in communities with disproportionately high rates of incarceration for drug offenses.

“A lot of people are still in jail,” said Kamani Jefferson, lobbyist and president of the Massachusetts Recreational Consumer Council (MRCC). “No one should be in jail for this plant.”

Stachiw explained that criminal records affect many aspects of people’s lives even after prison, from getting housing, to receiving Supplemental Nutrition Assistance Program (SNAP) benefits, to getting jobs.

According to a 2016 study done by the American Civil Liberties Union of Massachusetts (ACLU), although the total number of cannabis arrests went down significantly after cannabis was decriminalized in 2008, black people continue to be arrested at higher rates than white people. This is despite the fact that black and white people use marijuana at similar rates annually in Massachusetts.

“Black people account for 8 percent of the population of Massachusetts, but comprise 24 percent of marijuana possession arrests,” the ACLU report reads. “The same disparity is apparent, and in fact greater, with respect to sales arrests where black people represent 41% of
marijuana sales arrests.”

According to the ACLU study, Franklin County had the highest racial disparity for marijuana possession arrests in Massachusetts in 2014 at 17.1 percent, more than double what it was before decriminalization. Hampshire County’s same ratio of arrest rate also increased from 2.9 percent to 5.7 percent between 2006 and 2014.

“I am a black man, so this data does not work in my favor in terms of who goes to jail,” Jefferson said.

The recreational marijuana law passed in Massachusetts in 2016 following the Question 4 ballot initiative allows people with criminal records for marijuana possession convictions prior to legalization to seal their records through the Commissioner of Probation in Boston. When records are sealed they still exist but are only available to law enforcement and sometimes municipalities if the person is applying for a firearm license, when records are expunged they are deleted from the record. The April 13 criminal justice reform bill makes sealing a record available to more people in Massachusetts.

“We did take significant steps to allow people to get their records sealed and reduce the amount of time they need to wait to have their records sealed,” said Senator Stanley Rosenberg, who represents Hampshire, Franklin, and Worcester Counties in the Massachusetts senate

The criminal justice reform bill also authorizes the expungement of certain records for juveniles, (including marijuana and other drug offenses).

Michael Cutler, a Northampton attorney at Evans Cutler Attorneys who served on the drafting committee for the ballot question that legalized recreational marijuana in 2016, explained that the criminal justice reform bill also ensures that seals and expungements are enforced once they are authorized.

“This law is intended to reach any place in the record,” Cutler said.

Despite these reforms to the criminal justice system in Massachusetts, Jefferson said that the process of applying for a record to be expunged or to be sealed will still require capital for legal expenses and the knowledge that those processes are even possible.

“It’s still a process,” Jefferson said. “There are still a lot of technicalities. But it’s a good step.”

Jefferson said that lack of information will also probably be a barrier for the people who are the beneficiaries of the social justice provisions of the CCC regulations.

“(The CCC) is thinking about those people in licensing but there’s still the loophole of even knowing that those exist,” Jefferson said. “They’re not understanding the cannabis community and what this illicit market looked like before legalization.”

Rosenberg said that the licensing process is very new (applications were made available at the beginning of April) and that there is still room to improve the cannabis regulations to better serve the communities that were worst affected by the war on drugs.

“If this is not working the way it’s intended we can go back in and add more requirements,” Rosenberg said.