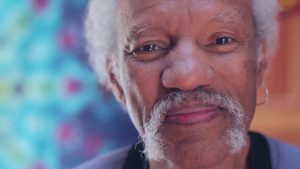 Charles Neville died recently. We here in Western Massachusetts had been blessed and honored by his kind, humble, generous and brilliant presence in our midst for the last number of years.

I first met Charles in 2011 at a jazz jam in Brattleboro. He was part of the House Band, and accompanied me on my song “Tree of Peace.” Afterwards, he asked if I had recorded it, and when I said no, he offered to play on it when the time came. “But only that one song!” he warned.

Charles was a delight to work with. He and Billy, another wonderful and highly accomplished local musician (who has played with some of the greats and is currently the percussionist for the Young At Heart Chorus) used to sit around during breaks and talk about what it was like to be black touring musicians in the South back in the day. It was fascinating to listen to, and I always wanted to hear more.

Both Charles’ and Billy’s humility touched me deeply. They rarely gave input or advice; they were just there, supporting the project with their kind and deep presence and sensitivity.

We were scheduled to record a second album Thanksgiving Week of last year, but Charles got sick and had to be hospitalized.

I spoke with him several times during his hospitalization and afterwards, and wanted very much to visit, share prayers and bring him some books. It was not to be. I left town for a couple of months, and tried again on my return.

I tried calling him just last week, after I had gotten back, but couldn’t get through. The next day I recited The Long Healing Prayer from the Baha’i Scriptures on my daily Facebook Morning Prayer broadcast. That night was when I found out that Charles had died the day before, the day I called.

Mostly, when people die, I don’t grieve. I am happy for them in the same way that someone would be happy for a baby who “dies” from the womb-world and is born into this one.

But I was very sad about Charles. I think it took me several years to get over my awe enough to reach out as a friend, and was greatly looking forward to getting to know him better. He seemed to have developed such a deep, rich and spiritual personality. I found him to be kind and fascinating and gentle and strong and sensitive, and to have such a deep wealth of feeling and experience, and I was excited about the opportunity to get to know him better. Again, that was not to be.

It has taken me several years to begin to realize the gift he gave me. I believe that as time goes by, it will become more and more apparent. God bless Charles Neville, and may he “plunge into the Sea of Light, in the World of Mysteries.”

Reactions to Off the Map tattoo

In response to “Off the Map tattoo facing public backlash over alleged in-shop sexual assault,” published May 2, 2018, on valleyadvocate.com, with a short version on Page 6:

Whoa. I’ve been tattooed by him. This is shocking.

Four years to gather to address the incident??? Saddens and sickens me. I’ll never go back there. I used to refer everyone there.

Ya, hold on, they were just voted 2nd best in the Advocate. Say it isn’t so…..