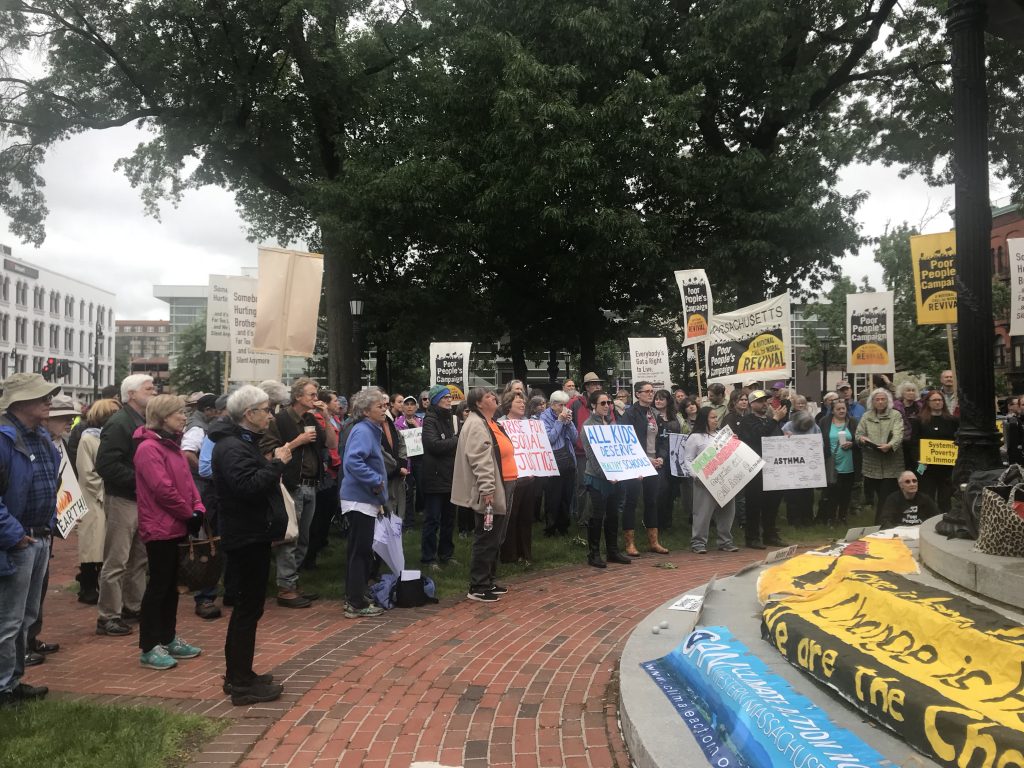 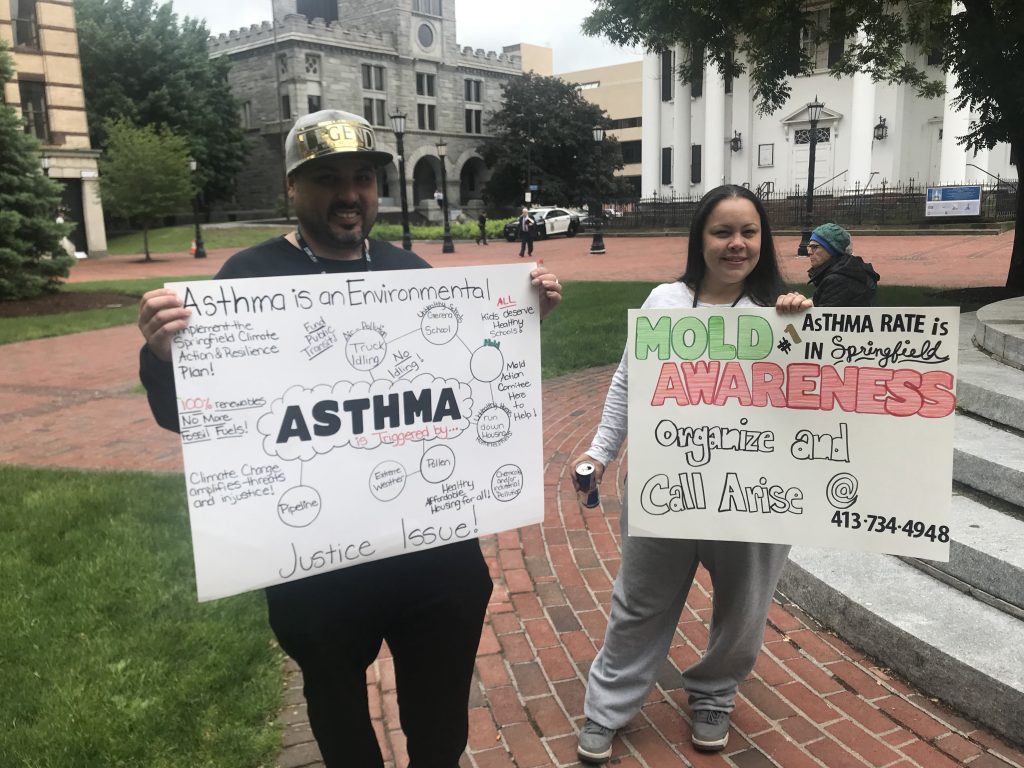 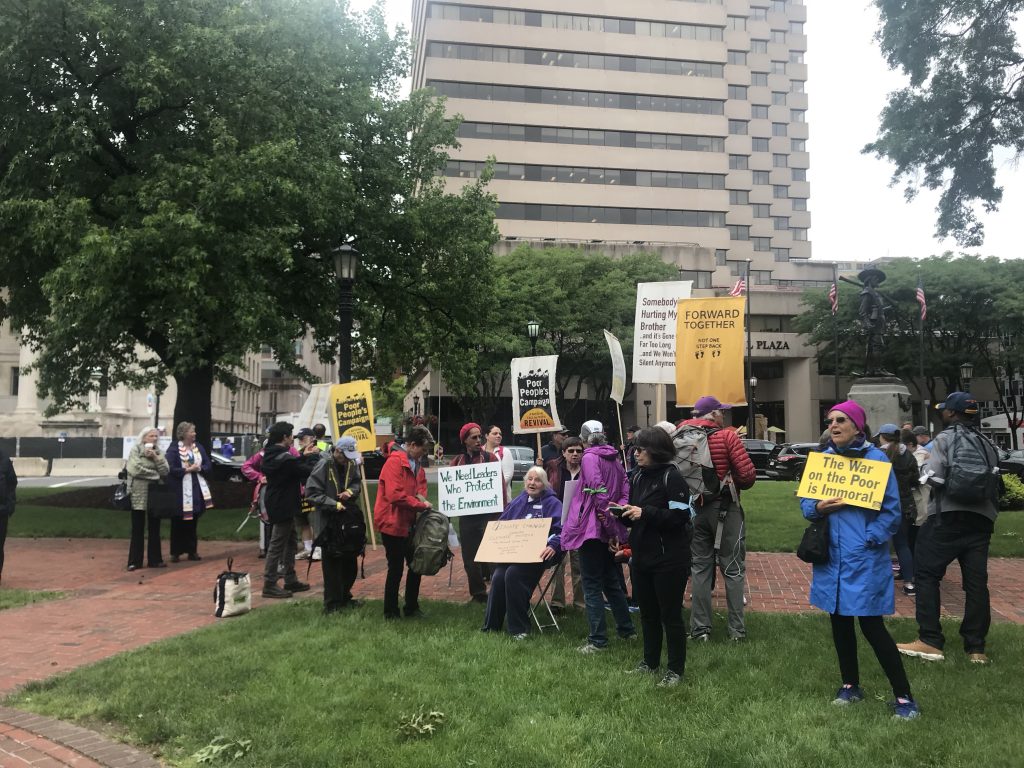 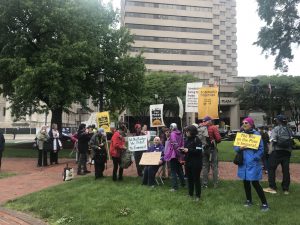 Historic Court Square was filled with almost 200 people on Monday, June 4, in downtown Springfield, where one of many rallies for the Poor People’s Campaign was launched.

The campaign is doing a six-week launch which they’ve titled “A National Call for Moral Revival,” and made its way to the Valley after campaigning for about three weeks in Boston.

Khalil Saddiq, a representative of the Poor People’s Campaign, was one of several people who addressed the group Monday.

“We need to come together to create this change on bigger scale,” he said.

The campaign is associated with Arise for Social Justice, a poor peoples rights organization based in Springfield, which helps poor people in the surrounding areas with day-to-day issues.

“Poor people can walk into our office and get help with anything they need, like food stamps, housing, public transit. But our main goal is to help create a change with the problem before they need help with it,” said Michaelann Bewsee, the director of Arise for Social Justice.

Yolandita Ocasio, a native of Puerto Rico who attended Monday’s rally, moved to Springfield when she was just two years old. Ocasio has lived here all her life, and volunteers at Arise for Social Justice. Because she is disabled, she does not work. Ocasio hopes that with the launch of this campaign, change will build from a local, to regional, and eventually a national level. 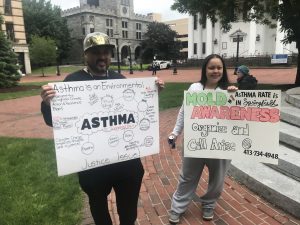 Over 35 states are already participating in the campaign, shedding light on the issue at a national level. But the next step is to create radical change on that platform.

Cole Harrison, chair of communications of the Poor People’s Campaign Springfield, reiterated that Springfield in particular, has some of the worst mold problems in the country, along with Worcester and Boston. This is causing the asthma rates to skyrocket, and creating many health problems for their residents, which trickles down into the bad healthcare that the poor people receive.

“The campaign began on May 13, and each week we’ve focused on a different issue. This week we are campaigning for the right to health and a healthy planet,” Harrison said.

All of these issues are tied together through social and environmental justice which is how Danielle Winters, director of Environmental Justice for Arise of Social Justice, got involved.

“This whole thing started 50 years ago with Martin Luther King Jr., and once he died, the campaign sort of died with him. Fifty years later, Reverend Barber started Moral Mondays, which led to the resurgence of this campaign,” Winters said.

In addition to better healthcare, the issues that were brought to the table this week included, public transportation, climate change, clean schools, and police accountability.

After some of the organizers and participants spoke at the middle of Court Square, the campaign made their way to the regional office of Governor, Charlie Baker, to protest there. The rally ended at around 3 p.m.

For more information on the Poor People’s Campaign and next week’s rally, you can visit: https://www.poorpeoplescampaign.org/.