Stagestruck: The Scotsman and “The Curious Incident” 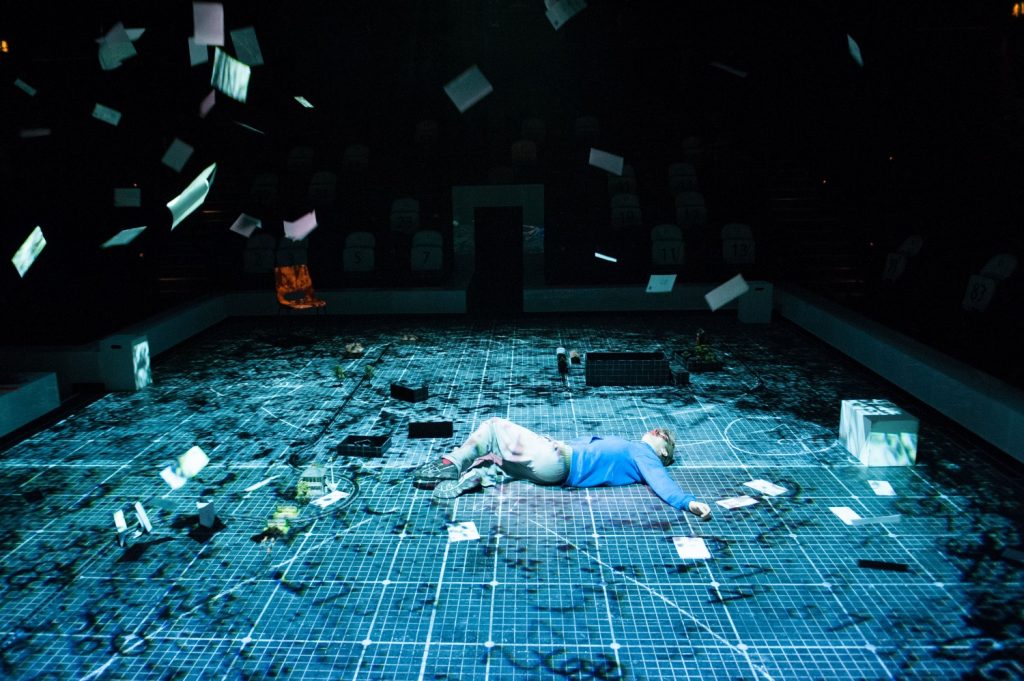 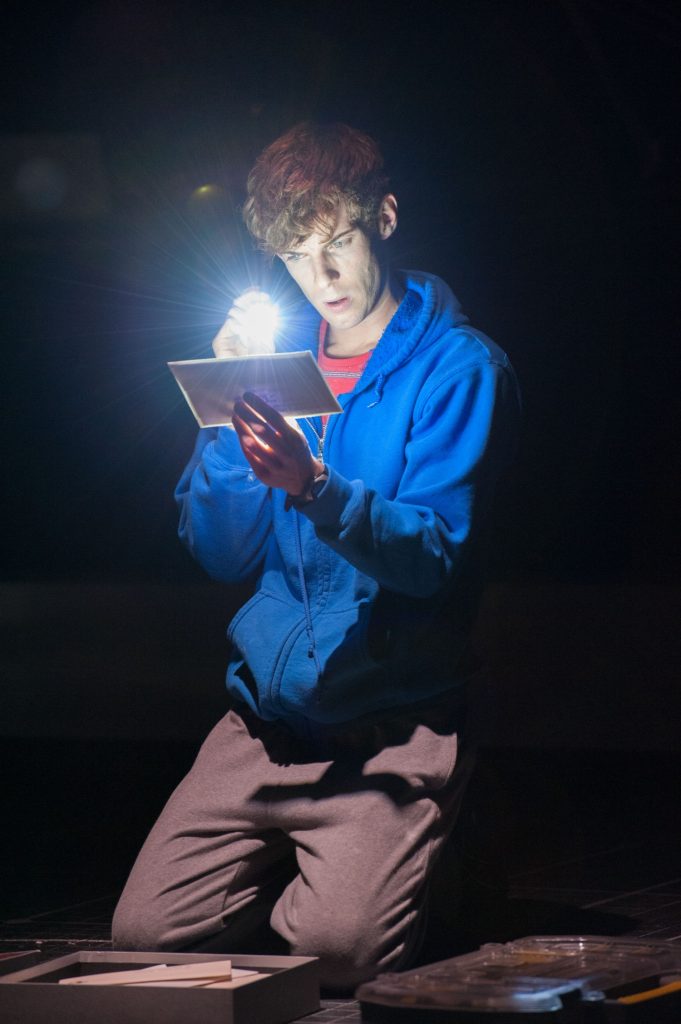 If you’re a regular at the NT Live series of high-def broadcasts from the London stage, you’d be forgiven for thinking Rory Kinnear is under exclusive contract to the National Theatre. (He’s not, as you’ll know if you’re also a fan of the recent James Bond films, in which he played Bill Tanner.)

Kinnear has starred in National Theatre productions on an almost yearly basis since the late aughts, his staccato speech and London vowels accompanying him through all his roles. NT Live’ers have seen him as Hamlet, Iago, Mack the Knife and others, plus a young Marx in the newly established Bridge Theatre just down the Thames from the National. Now, he’s tackling the Scotsman.

Macbeth, the latest NT Live offering, screens on Saturday afternoon, June 16 at the Amherst Cinema. That tragedy of vaulting ambition triggered by a supernatural prophecy and propelled by ever more desperate killings is given an appropriately “bloody, bold and resolute” staging that drops the kilts but retains the look and feel of a dark, feudal world ruled by fragile loyalties and gory steel.

In a pre-performance short, director Rufus Norris explains that he’s set the play in the aftermath of some modern catastrophe that has destroyed the worldwide infrastructure along with the political and social fabric that held civilization together. In this world, he says, “everything we know that was secure is gone,” and human society has reverted to tribalism. The short also draws a comparison to the societal breakdown that’s happening in places in the Middle East under the chaos and horror of endless conflict. (In a possible reflection of this parallel, Norris’ production begins and ends with onstage beheadings.)

Rae Smith’s set is a shadowy wasteland dominated by a huge ramp that arcs out of the darkness. The Macbeths’ castle is a concrete pillbox, recalling those fortified blockhouses from World War II that still dot the English coastline. Moritz Junge’s costumes are modern but grimy and torn; Macbeth’s breastplate armor is fashioned from scrap held together by duct tape.

In Kinnear’s sizzling performance, the Scotsman’s trajectory from war hero to royal tyrant is ragged and anguished. When he first hears the three witches’ prophesy that he will become king, his expression is at once amazed, thrilled and terrified. As he makes his way through the killings, to gain and then secure the crown, he’s nervous and twitchy, almost as if his conscience is trying to escape his body.

Lady Macbeth is Anne-Marie Duff, reprising the role she played on Broadway in 2013 opposite Ethan Hawke. She’s gritty – dirty, actually, until she appears in a blood-red gown after the coronation – and feral, an impulsive co-conspirator rather than the more usual flinty manipulator.

In what is by now standard and unremarkable at the National, the cast is multiethnic and cross-gendered. The three witches are black, brown and white, and several of Shakespeare’s male characters are now female. In the large ensemble I particularly admired Patrick O’Kane, whose stock-still Macduff, hearing of his family’s slaughter, is more heart-wrenching than any rant, and Kevin Harvey, a touchingly sardonic Banquo – although his ghostly post-murder appearances, not wraithlike but staggering under mortal wounds, are at first chillingly effective but become almost cartoonish.

Most of the supporting cast speak in a variety of accents from northern Britain, lending the piece a vernacular ruggedness. The incongruous exception is Stephen Boxer, whose orotund delivery as the doomed King Duncan harks back to the Gielgud era of Shakespearean elocution. 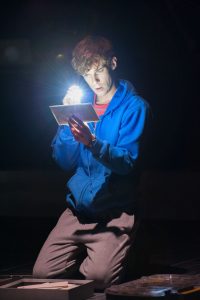 From time to time NT Live, now in its ninth season, extracts some of its most popular presentations from the vault and makes them available to participating cinemas for reruns. Next month, July 14 and 17, one of my all-time favorites returns to the Amherst Cinema. It’s The Curious Incident of the Dog in the Night-Time from the 2012 season, a daring, innovative stage version of Mark Haddon’s best-seller, directed by Marianne Elliot (War Horse, Angels in America) and starring the amazing Luke Treadaway.

The protagonist is 15-year-old Christopher, who’s on the autistic spectrum, highly intelligent but lost like Alice in a baffling, intimidating world. What begins with a Sherlockian mission to solve the murder of a neighborhood dog leads to an epic quest through terrifying dangers. The staging, which matches digital technology with ensemble physicality, is literally astonishing, and the multi-camera capture, as I said in my review of the initial broadcast, puts the cinemagoer in “not just the best seat in the house, but all the best seats in the house.”

The full review is here.