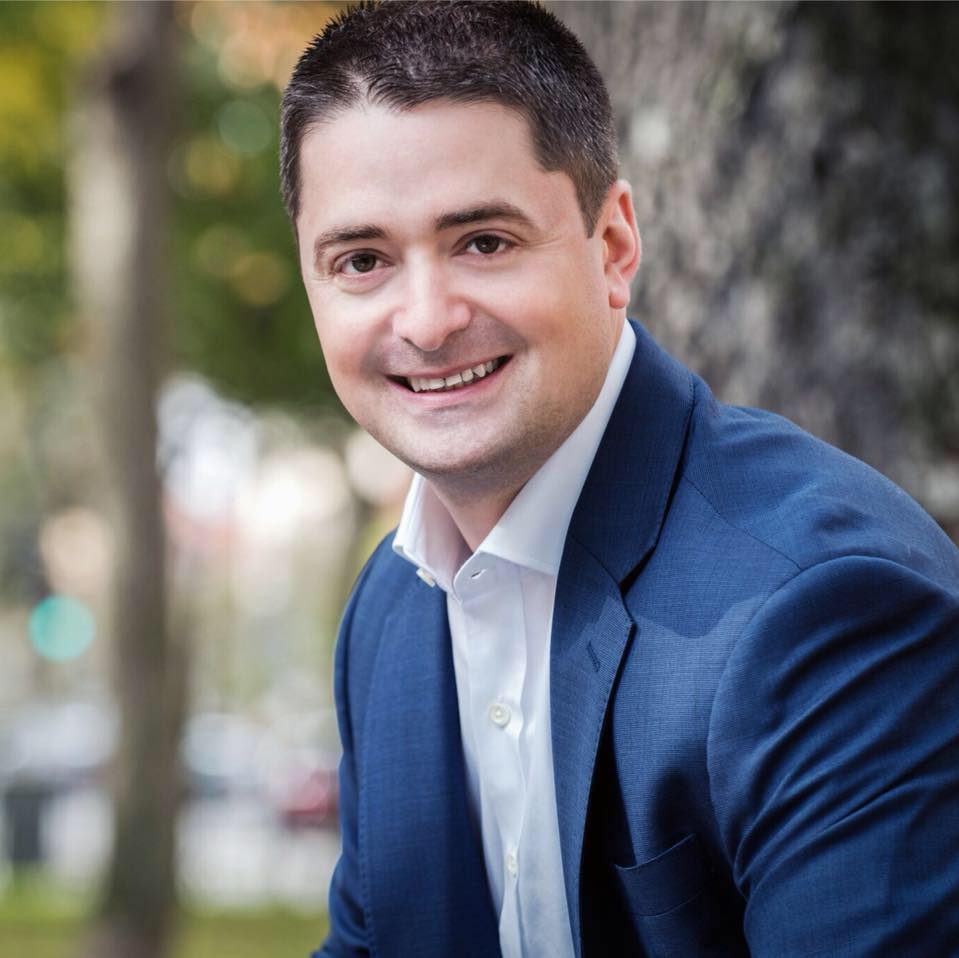 Josh Zakim, a Boston City Councilor and a Democratic candidate for Massachusetts Secretary of State, visited the Northampton farmers’ market this afternoon alongside Mayor David Narkewicz, speaking with customers and vendors about how he plans to implement progressive changes to the election system in Massachusetts if elected.

Zakim, who said he considers himself a progressive, was endorsed by Boston Mayor Marty Walsh as well as the Democratic Party despite facing Democratic incumbent William Galvin, who has served as secretary of state for more than two decades and is seeking his seventh term in office, as well as other challengers, including Republican candidate Anthony Amore and Green Party candidate Juan Sanchez. Zakim emerged with more votes than Galvin at the state Democratic convention earlier this month, and got the state party’s endorsement, even despite Galvin’s incumbency.

“I think No. 1, we need to have same day voter registration in Massachusetts,” Zakim said at the Northampton farmers’ market. “We see what’s happening across the country with attempts to disenfranchise people; to push people off the rolls, and Mass. has a 20-day registration deadline right now. It’s too long. A Superior Court judge struck it down last year in a case called Chelsea Collaborative v. Galvin. The ACLU brought the case. But unfortunately Secretary Galvin appealed it and he’s still fighting to keep that 20-day registration deadline when there are 17 states and D.C. that already have same day registration. Mass. should be one of them. We should have automatic registration too and weekend voting and early voting. It’s easy simple reforms that really increase participation and I think we can get a better democracy and turn out in government.”

Chelsea Collaborative v. Galvin was originally filed in Massachusetts’ Suffolk Superior Court in 2016 to challenge the 20 day voter registration period, according to the American Civil Liberties Union (ACLU). After a four-day trial, the court agreed in July 2017 that the voter registration law was unconstitutional. Galvin appealed the decision and the case has been brought to the Supreme Judaical Court, which started reviewing the case on March 6.

Zakim said facing off against Galvin would be an “uphill battle.”

“He’s got 24 years in office,” Zakim said. “He’s a savvy campaigner. He’s got a lot of money in the bank, but we’re doing this person to person. We’re working with allies like Mayor Narkewicz to get the word out and I think people are ready for these changes.”

Narkewicz said he endorsed Zakim several months ago and was one of the first mayors in the state to endorse him.

“I really support his candidacy and the work he’s done as a Boston city councilor and also just his approach to bringing change and more openness and transparency to the secretary’s office, especially the work to try to reform our election system and make it more user friendly and more open and accessible,” he said.

Zakim said Massachusetts currently has restrictive rules when it comes to absentee voting as well.

“[Absentee voting] really increases voter turnout and helps people with disabilities who tend to have lower turnouts than others for a host of systemic reasons,” he said. “Voting by mail is a real benefit. I think people like David [Narkewicz] and I want to be out at the polls and shaking hands on election day, but it’s a good option to have.”

Elizabeth Gunther, a 32-year-old resident of Northampton, spoke with Zakim about his candidacy. She said she approves of automatic voter registration as well as day of registration and thought it was “kind of cool” to be at the farmers’ market speaking with Narkewicz and Zakim.

“Progressives always want to shake it up, but I don’t really know if it’s good to shake it up because I don’t know what the track record of the incumbent is,” she said.