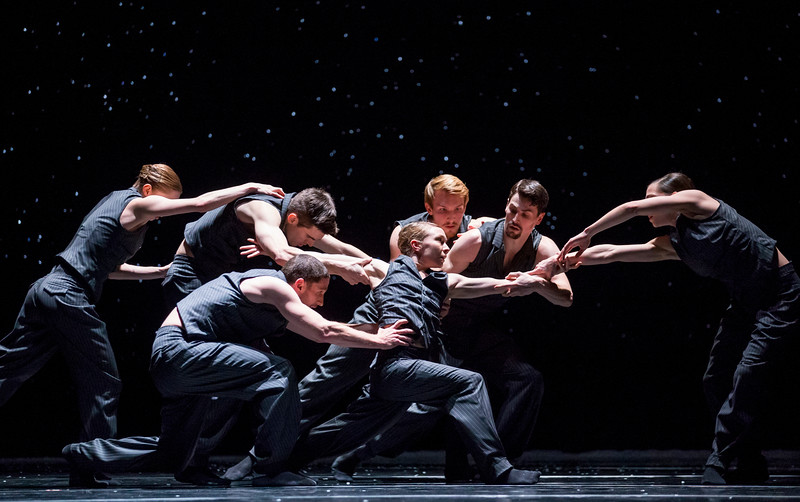 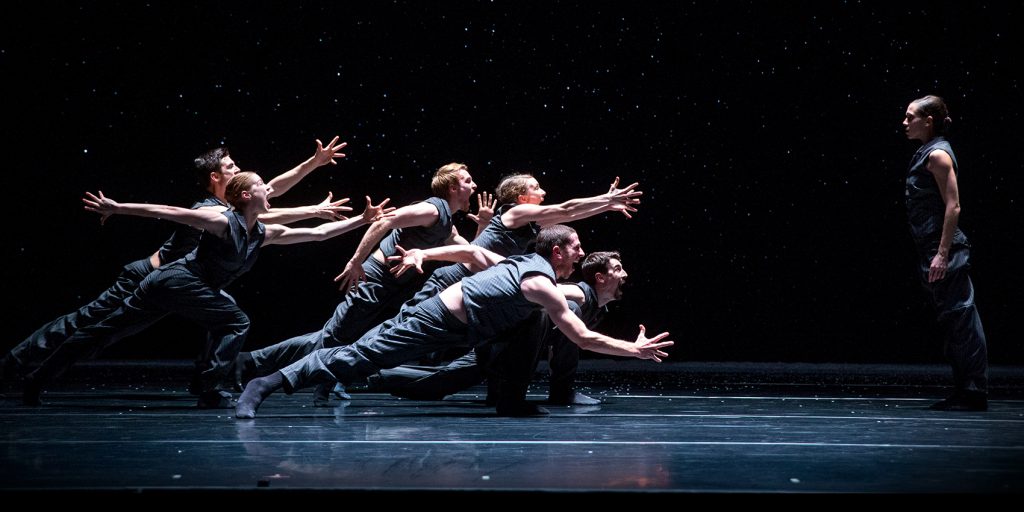 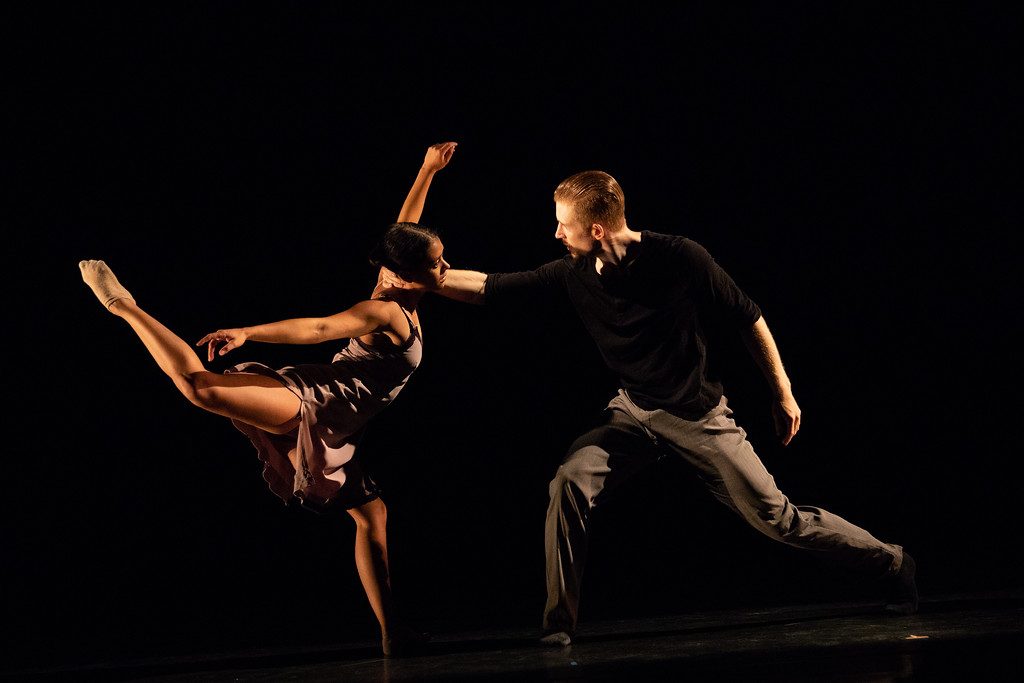 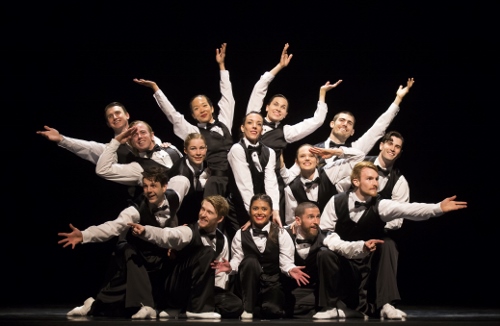 Hubbard Street Dance Chicago is a frequent and popular visitor to the Jacob’s Pillow Dance Festival. This year, celebrating its 40th season, the company presents a quartet of works showcasing its history and its current 16-member troupe, one of the most technically accomplished ensembles I’ve seen.

The program, running through Sunday on the Pillow’s Ted Shawn mainstage, begins with “Decadance/Chicago,” excerpts from Israeli choreographer Ohad Naharin’s ongoing repertoire of short pieces exemplifying the quirky, uninhibited style he calls Gaga. One of the sections comes from Naharin’s Virus, which was performed at the Pillow last month and reviewed here – the dancers arrayed in a line at the stage apron, each of them suddenly exploding into mad gyrating-in-place solos to a boisterous soundtrack of Arab folk music.

In another excerpt, five women move in concert and contrast to the text of underground poet Charles Bukowsky’s playfully pungent “Making It,” spoken in incremental repetitions: “Ignore all possible concepts and possibilities / ignore Beethoven / the spider / the damnation of Faust / just make it, babe, make it … / fuck / and if you can’t fuck – copulate…” 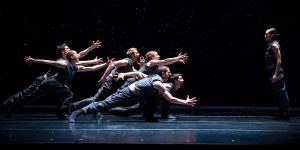 Many of these convergences are muscular, near-violent encounters, framing solo crises and moments of silent screaming. In one of the most vivid sequences two opposing groups, silhouetted by back light, strain toward each other like packs of predators; and in one of the most disturbing, two women turn a pas de deux into a lethal attack on a third.

The piece as a whole reflects much of Hubbard Street’s gestural vocabulary in general – frantic but controlled movement alternating with sinuous physical intersections and moments of frozen stillness. 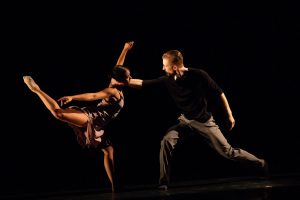 “Lickety-Split,” from 2006, is set by Alejandro Cerrudo to the elliptical songs of Devendra Banhart, including the deceptively simple title tune: “Would you write a song for me, my dear? / Would you hum a tune for me, my dear? / … show some skin for me?  / … take me in?”

The plaintive, oddly feminine vocals create an equivocal grounding for the sextet of dancers, whose movements are seldom lickety-split, but alternately fluid and jerky (but precise), an easy exuberance imbued with grace, along with moments of tender touch, containment and release. 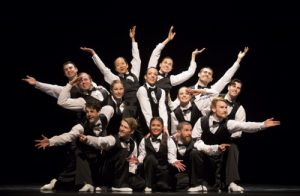 The program concludes with “The 40s,” a 1978 Hubbard Street classic by the company’s founder Lou Conte – especially fitting in a celebration of the troupe’s 40th anniversary. It’s a lively tribute to the big-band era of jive and jitterbug, danced to a swinging arrangement of Sy Oliver’s “Opus One.” The dancers’ carefree abandon and pure joy in their syncopated steps is utterly infectious and just plain fun.

Also at the Pillow this weekend, Faye Driscoll and company return with Part Two of the trilogy Thank You for Coming (the first installment was here last summer), which “investigates the ritual of storytelling, focusing on the shadows, gaps, repetitions, and stutters between what we say and what we do while we say it.”