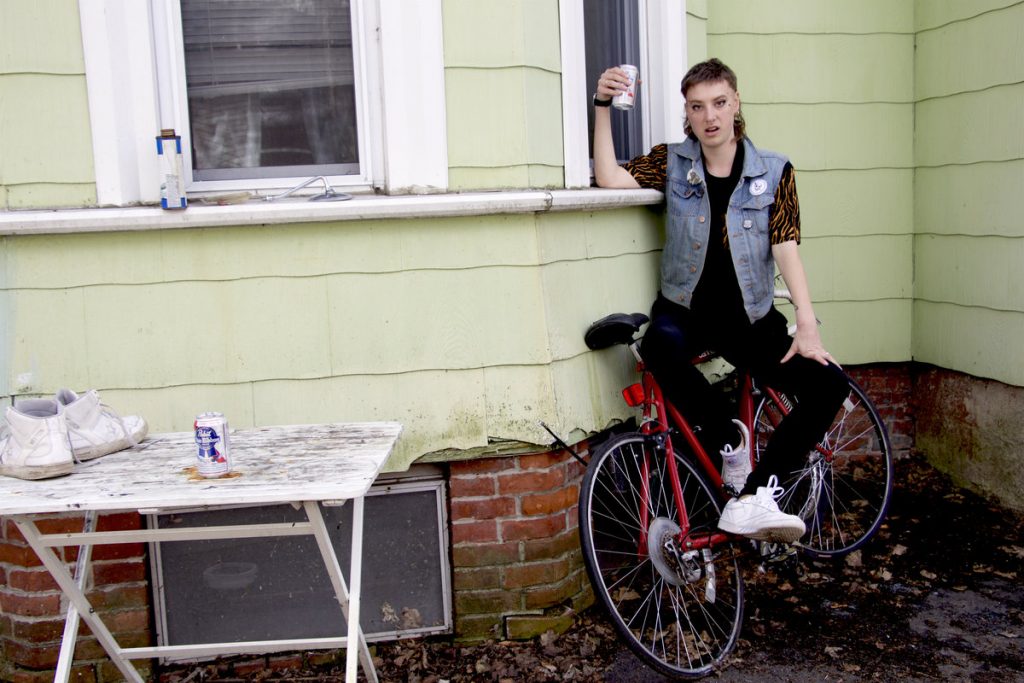 Two years ago when I wrote a profile about Finley Janes’ project Pussyvision, the project was just getting started. A year prior, Janes wasn’t making music—yet. Pussyvision had yet to go on multiple tours, one of which took Janes as far as Mexico, and produce, record and self-release a debut album, Replicate, which came out earlier this summer. Coming up in the local experimental/noise scene, sharing bills with musicians spanning many genres and approaches, Janes has made a name for Pussyvision, which is now a fixture in the scene.

Replicate sounds like a Disney movie put through a meat-grinder — juxtaposing electronic pop with barren experimental noise. While some of the record could be a film score — composed electronic instruments, swelling and building, collapsing as they come together and fall apart — Replicate distinguishes itself from Pussyvision’s earlier work with its use of songs, Pop songs, to be exact. Songs like “Bleeding Out” and “Body is a Diatribe” certainly have some of the most compelling hooks emerging from a DIY act that I’ve heard in quite some time. 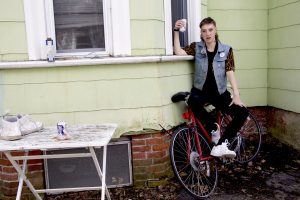 There is no prince charming or happily ever after here. Much of the lyrical content deals with feeling trapped or tied down, presumably by a lover, and not being able to escape. On “Body is a Diatribe,” Janes sings: “He tells me get back in the saddle / Says that love is like a battle / He don’t care it makes me sad though.” When I spoke to Janes, she said that the record was about processing personal trauma, and that she used the record to not only to work through “guttural” emotions but to make sounds about them. As a whole, however, what makes Replicate compelling is its use of sounds, which Janes said are a more biological way of expressing oneself.

Janes says the album is also about anxiety and power dynamics. On the album’s 7th and final track, “Cut it Off,” Janes sings: “Pull out all the power that’s beyond control / Ooh La / my arms are stronger now than they were before / If you hold me down by my hair / than I’ll cut it all off.”

At the end of “Bleeding Out,” Janes sings, “How can you move forward if you don’t even know who you are?” But with Replicate, Janes says she has moved forward. “I’m feeling a lot more solid after writing this record,” she said. She added that it was a “subconscious overhaul,” the month she spent in her studio working through her new material.

All in all, Replicate is a compelling listen, not just for its demented pop but for its noise sections that pull listeners down into the abyss to touch the bottom. It scrapes and broods, but it also provides a path through towards something different.