The Beerhunter: A Pint of Perseverance 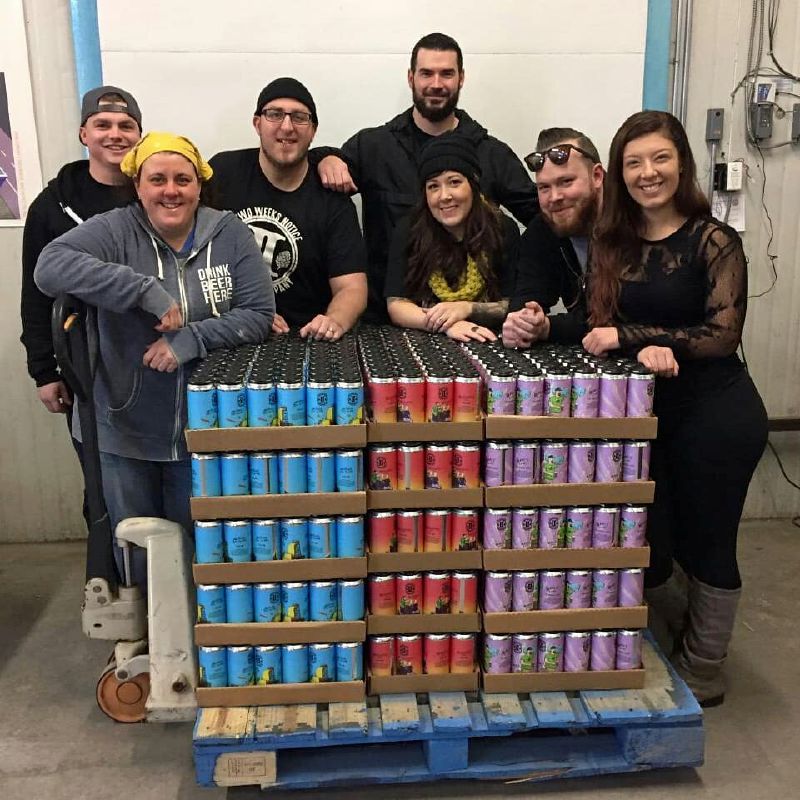 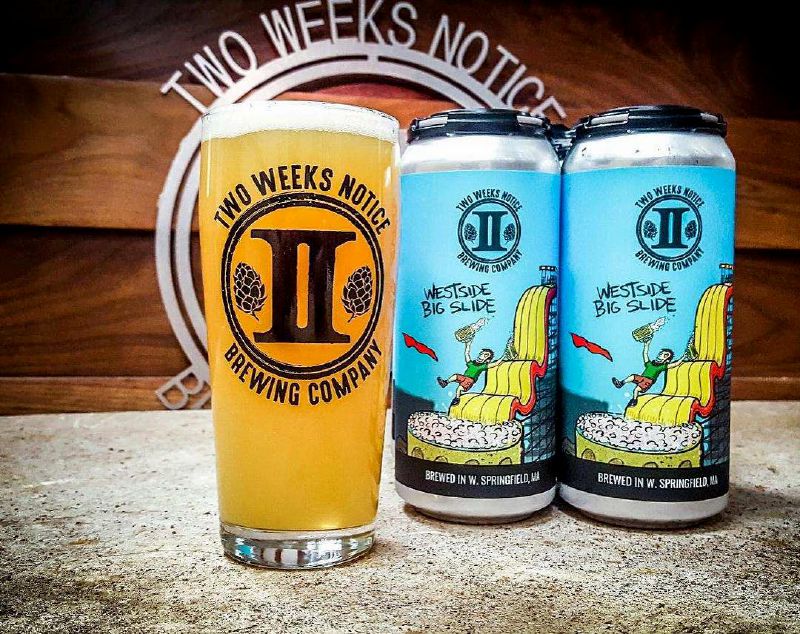 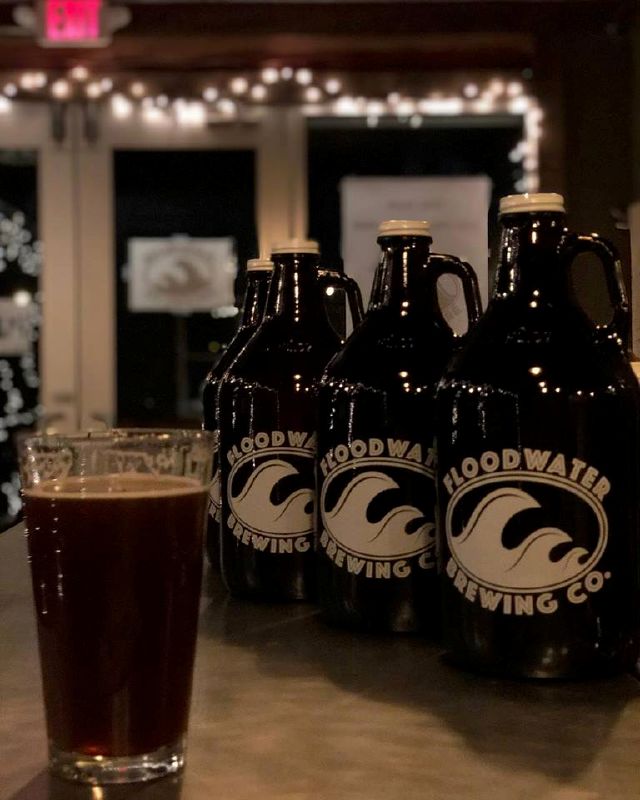 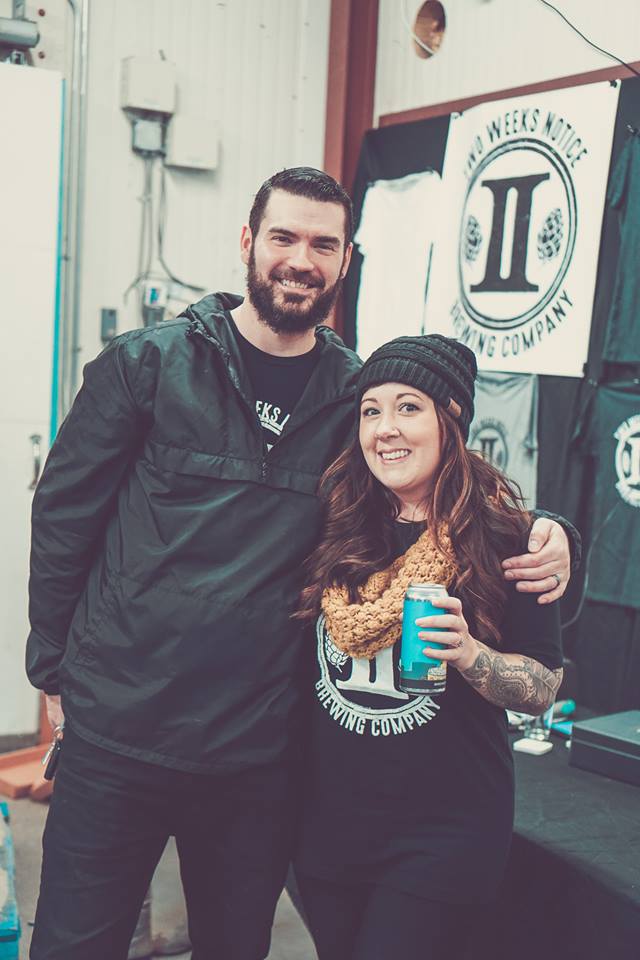 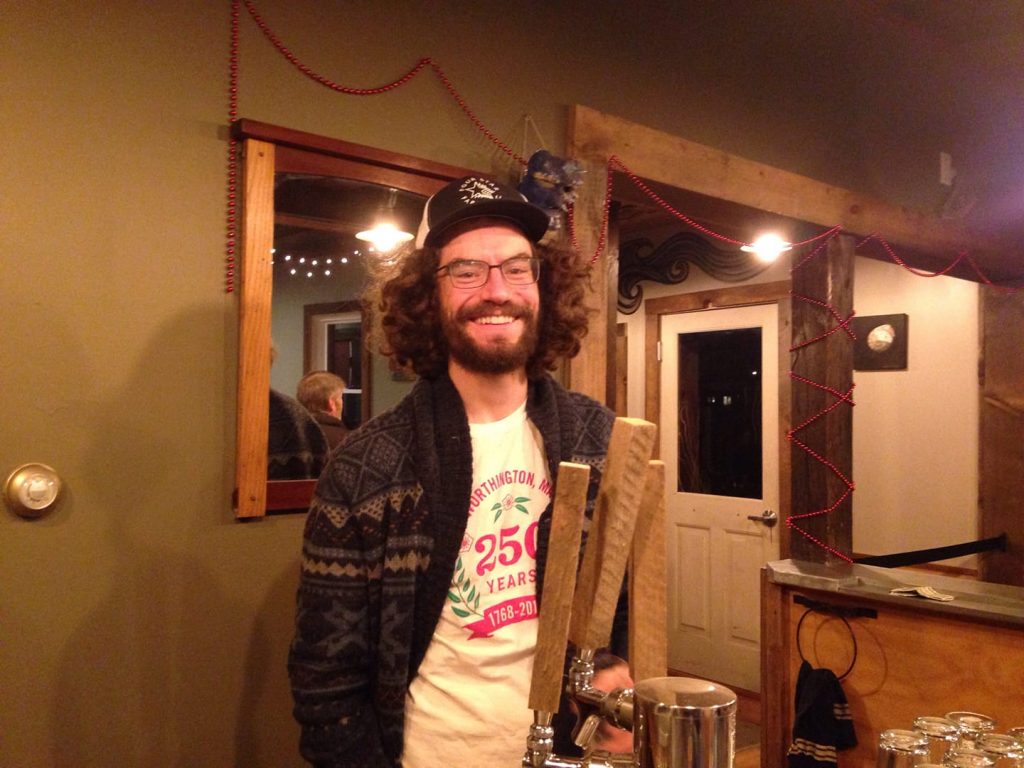 Delayed breweries in Buckland and West Springfield open their doors

The craft beer tide is rising, and it is lifting many local brewers into the role of small business owners. But this work isn’t always smooth sailing.

In recent weeks, I’ve been chatting with the owners of two newly-opened local breweries that faced some extra hurdles along the way: Two Weeks Notice Brewing Company in West Springfield and Floodwater Brewing Company in Buckland. I was impressed, in both cases, by the perseverance they have shown over the past couple of years, fighting to make sure their dreams don’t hit a dead end.

Two Weeks Notice is named, ironically, to honor the act of quitting. The brewery recommends on its website that you “throw in the towel on whatever isn’t feeding your life, whatever isn’t advancing your dream, and whatever it is you should walk away from.” 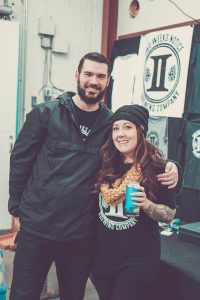 Mark Avery and his wife, Murph, see Two Weeks Notice as an eventual opportunity for Mark to leave his day job. But the brewery project hit a snag last year, prompting the duo to practice what they preach about walking away and starting fresh.

When I chatted with Mark Avery in July 2017, the Averys were collaborating with another talented craft beer couple, Rich and Liz DeSousa, to get Two Weeks Notice up and running on South Broad Street in Westfield.

At the time I wrote that article, it looked like the brewery was about a month from opening. But by August 2017, things were tense, and Mark and Rich decided they couldn’t move forward. In the split, the Averys kept the brewery’s name, logo, and recipes, while the DeSousas kept the space and equipment.

The DeSousas are now planning to open a new brewery, called Kismet Brewing Company, in Westfield in the near future. Meanwhile, the Averys went in search of a new space.

It took a few months, but Two Weeks Notice found a new home: a former tortellini factory at 110 Bosworth Street, a few blocks from the Eastern States Exposition in West Springfield. Since Memorial Day, construction crews have been gutting and clearing the space, working toward what will become a taproom in 2019. 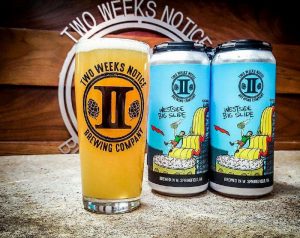 Mark has been brewing on a 3.5-barrel system, but he has plenty of room to add tanks, and is already looking to scale up. Thanks to a new canning line, Two Weeks Notice now offers on-site can sales every Saturday beginning at noon (watch the brewery’s Facebook page for weekly updates).

On December 1, as the first day of sales kicked off, Mark and Murph found over 100 people lined up outside the brewery. They sold out their first run of cans in two hours.

“I’m a little closer to the dream now,” says Mark, recalling that it took a month or two last fall to recover. “I definitely went through a crappy time. My wife knew that I just needed to process all of it. Sure enough, talking with her and with friends, I got there.”

When he’s not brewing, Mark works in sales for an industrial tools supplier in Agawam. Murph, who manages an unemployment insurance company in Springfield, has also been spending most of her off-hours on Two Weeks Notice, from licensing and merchandise to building a website, ordering raw materials, and working with designers and vendors.

Both are doing this while raising their seven-year-old son, Kielen — who, on the night I visited Bosworth Street, stood next to me at the canning line, mesmerized by the humming speed of the machine.

Murph says she and Mark felt relieved during the first day of can sales. “Then we woke up the next morning, and it was like we hadn’t slept at all,” she says. “It was an emotional exhaustion, because we’ve been pushing to do this for three years, and it’s finally happening.”

“If you have the option to work for yourself, you have to do it,” she adds. “You can be discouraged, but you don’t get to stay there. Mark’s not built for a cubicle — that’s why we’ve been pushing him. It will be awesome when he’s able to leave. We’ll frame his resignation notice and put it up on the wall.”

Fortunately, when Mark finally gives his two weeks notice, it won’t be much of a surprise at the office. It turns out that Derek Upson — this brewery’s new lead partner and biggest fan — is Mark’s current boss. 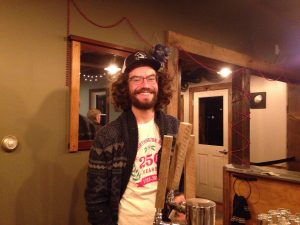 Up north in Franklin County, brewer Zachary Livingston is also running a 3.5-barrel operation. His new endeavor, Floodwater Brewing Company, can be found at 40 State Street on the Buckland side of the most picturesque village in the hilltowns: Shelburne Falls.

Well, ordinarily picturesque. In 2011, when Hurricane Irene walloped the East Coast, the Deerfield River swelled to record levels, prompting a partial evacuation of Shelburne Falls and doing serious flood damage to several riverfront buildings — including this one.

Livingston bought the storefront in 2015 and announced plans for a small brewery. The following spring, the Worthington native told the Greenfield Recorder that he named it as “an homage to the town and its people, who were able to bounce back after such a devastating natural disaster.”

But more choppy water lay ahead. Livingston had planned to partner with a close friend, who unexpectedly backed out of the job of head brewer. It would take Livingston several more years to finally open his doors. “I was too stubborn to recalibrate,” he says, “so it became a one-man show.” 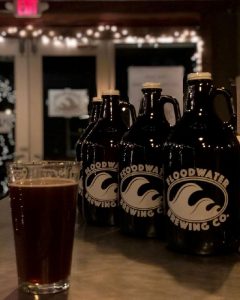 I had been driving by Livingston’s storefront for years, glancing wistfully at the Floodwater sign in the front window, uncertain how soon “coming soon” actually was. But on November 23, in the midst of the annual Shelburne Falls nighttime street festival called Moonlight Magic, Floodwater opened to a packed house.

I swam my way through the crowd to the kegerators at the bar, where I sampled Livingston’s first three beers: an IPA, a saison, and a chocolate rye porter. Until that night, Livingston had been a home brewer. Having tried his stuff, I agree that he’s ready for prime time.

More than once, the Moonlight Magic customers cheered, raising their glasses to toast the new kid on the block. The scene was worth the wait.

“It was a long time coming, for sure,” says Livingston, reflecting on that night. “This was pretty much all done by myself, my dad, and some help from family and friends along the way. It was nice to see the other side of things. Until that night, I’d only seen money flowing in one direction.”

Livingston has been riding some serendipitous waves for a while now. Until 2016, he lived in Boston, where he worked for a company that manages green wastewater treatment practices for breweries. Now, Livingston works as an engineer at the Crane Currency paper mill in Dalton. If Floodwater ever becomes his day job, it will keep him busy managing that same elemental force: water in tubes.

“I didn’t have a job when I moved back from Boston,” he says. “I was working on the brewery full-time. There were a lot of sleepless nights. But then a year and a half rolled by, and the well was drying up. I thought I had enough money to make it happen, but I was completely wrong.”

Livingston will be adding more beers in the coming weeks. For pint pours and growler fills, the taproom now has regular hours: 6-10 p.m. on Fridays, 1-10 p.m. on Saturdays, and 1-5 p.m. on Sundays.

“There’s been a lot of pressure to open — much of it self-generated — since it’s taken me so long,” Livingston says. “It’s been a learning experience, and it’s taken so much work. But now that we’re at this point, I’m really happy about it.”

>> The final weeks of 2018 are seeing a bump in Massachusetts craft brewery openings. In the final days of November, MassBrewBros.com crunched the numbers and found 23 new breweries this year, 16 of which feature taprooms. In the Western Mass and Quabbin regions, watch for announcements this month and in early 2019 from Holyoke Craft Beer, Lost Towns Brewing in Hardwick, Blazing Bandit in Ware, Sena Farm Brewery in Worthington, Black Rabbit Farm Wild Ales in Southwick, White Lion Brewing in Springfield, Fieldcrest Brewing in Wilbraham, Leadfoot Brewing in Chicopee, and Redemption Rock in Worcester.

>> Congratulations to fellow craft beer writer George Lenker, who has been covering local beer news for 15 years now in the Springfield Republican’s Beer Nut column. As Lenker pointed out in his “anniversary” article in early December, a lot has changed on the American food and drink landscape since that time before Facebook and Twitter, back when George W. Bush was president and putting your fingers to the smart glass of an iPhone was like touching a four-leaf clover. Cheers to 15 years.

>> A round of good wishes go to Norman Miller as well. Miller wrote the craft beer blog for the MetroWest Daily News in Framingham, and after 12 years of local beer coverage, he has decided to make a few lifestyle changes and shift his focus to other writing projects. He remains a skilled reporter covering crime and courts at the Daily News. We’ll miss reading his beer blog, but wish him many happy days ahead.