Editorial: The ABCs of the #FakeNationalEmergency 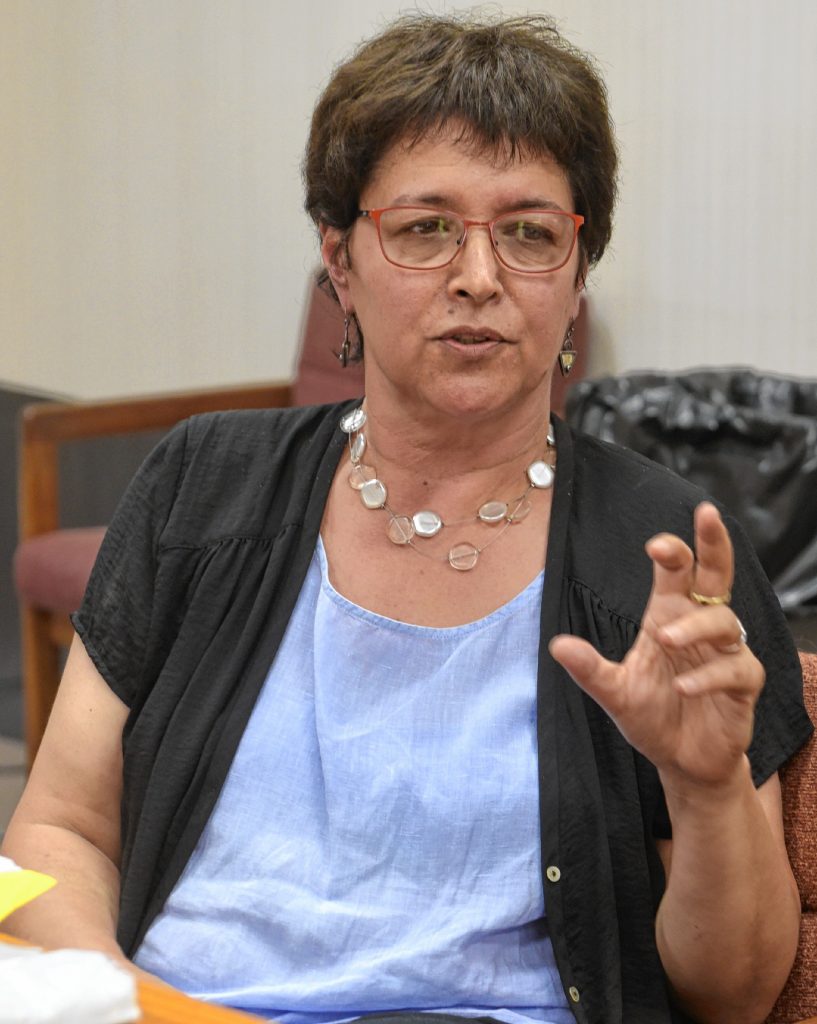 A crowd gathered in front of City Hall Monday afternoon in Northampton to protest the boarder wall and President Trumps declaration of a national emergency. Photo by Carol Lollis

It was, to put it mildly, an act of moral turpitude and callous disregard for the suffering of separated families and victims of violence when President Donald Trump announced he would be circumventing Congress to declare a national emergency that, by his own admission, is unnecessary.

The fact that he did it three days after Abraham Lincoln’s birthday and one week before George Washington’s birthday — presidents who faced true emergencies that tested the very fabric of the nation — added a certain insult to injury.

A crowd gathered in front of City Hall Monday afternoon in Northampton to protest the boarder wall and President Trumps declaration of a national emergency. Photo by Carol Lollis

Thankfully, the Pioneer Valley Women’s March, along with a national network of activist groups, provided a constructive outlet to our collective rage: a series of demonstrations on Presidents Day.

Many will doubt the efficacy of protests, rallies, demonstrations, marches — whatever you want to call them. But being among the approximately 150 people on the steps and sidewalks of Northampton’s City Hall that day, the feeling was inescapable that standing up and saying “no” to immoral policies is a vital part of a functioning democracy. We listened, and some waved signs and banners, as speakers decried the moral outrage of what has come to be known on Twitter as the #FakeNationalEmergency. 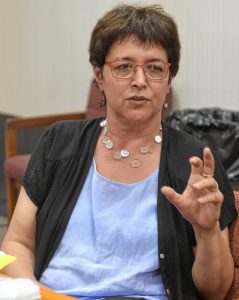 The most memorable speech for me was from newly elected state Rep. Mindy Domb, D-Amherst, who created an alphabetical list of more than 50 actual national emergencies, including the need for Affordable child care for all, the proliferation of Bullying, the Climate, Deportation of our neighbors, lack of support for public Education, attacks on the Freedom of the press, and Gun violence — just to choose a few from the early part of the alphabet.

State Sen. Jo Comerford, D-Northampton, was ill the day of the march — I think most of us have been stricken at one point or another with illness this particularly bad cold season — but it was through the crisis response network she helped develop while working at MoveOn.org that helped make the event happen.

In addition to Domb, in attendance were newly elected representatives Lindsay Sabadosa, D-Northampton, and Natalie Blais, D-Sunderland. The region is well served by this foursome of female first-time state legislators — Blais, Comerford, Domb, and Sabadosa. Many continue to be worried that the Northampton area will lack political clout on Beacon Hill due to the inexperience and lack of seniority of its representatives. But these four are showing through their actions a way forward for a state Legislature that often disappointed progressive voters in the state, right at a time when bold progressive action is needed.

Congress, in the meantime, is in the process of voting on whether to reject Trump’s action.

Then there’s the Presidential election, already in full swing on the Democratic side. Independent Vermont Senator Bernie Sanders is giving it another go, shaking up a field of more than a dozen declared candidates. Sanders was the clear favorite in the 2016 Democratic Primary in the Valley, though he lost by a considerable margin in Springfield. But this time around, progressives who make up a big portion of the region have a wealth of candidates to choose from.

Comb-gate — the revelation that Minnesota Democratic Senator and Presidential Candidate Amy Klobuchar was so angry at a staffer for losing her fork that she ate her salad with a comb and then made the staffer clean it (an entry in this week’s Bizarro Briefs) — will probably not help the midwestern senator’s candidacy.

Our own home state U.S. Senator, Elizabeth Warren, however, has been making strides since a shaky campaign rollout in January, and an even shakier decision last year to take a DNA test to prove her Native American ancestry. It’s in her policies that Warren is shining. In particular, her focus on quality universal child care is a winning issue for Democrats, and the type of policy that all serious contenders need to get behind to prove to voters that Democrats can be a party for struggling people. Child care competes in cost with higher education, and the burden on families is enormous.

Imagine this country spending money working to help struggling families rather than prioritizing money for a border wall and immigration infrastructure that has led to family separations and deportation of vital members of our communities.