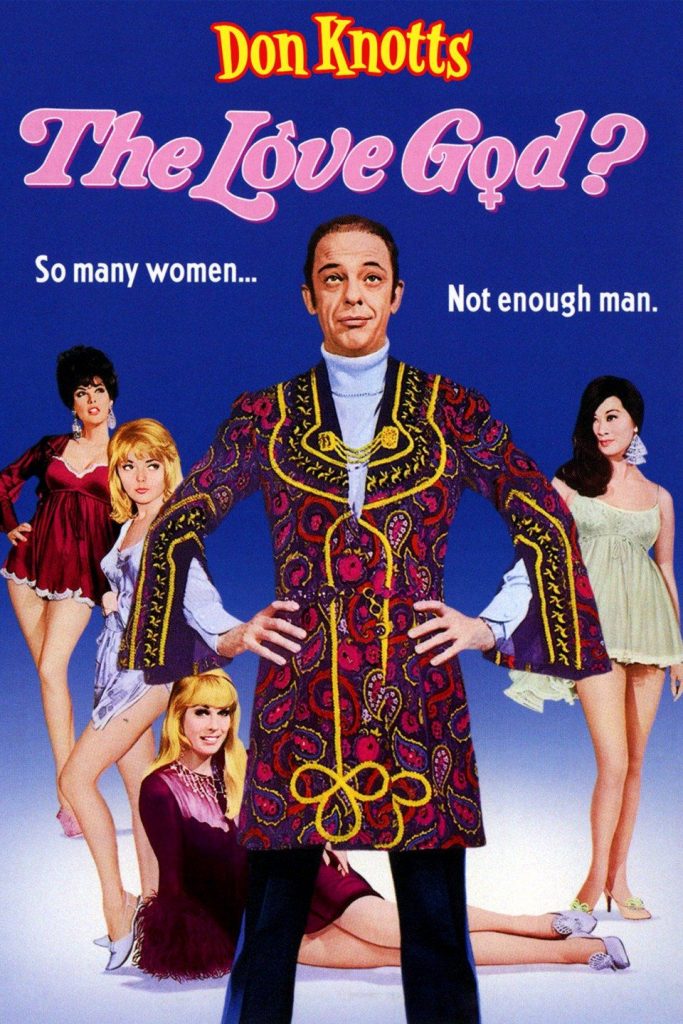 Gather around kids, it’s Don Knotts time! Hands up if you remember everyone’s favorite nerd, starring in such classics as The Incredible Mr. Limpet and The Shakiest Gun in the West. I knew someone who counted The Ghost and Mr. Chicken among her favorite movies. But then there is The Love God? 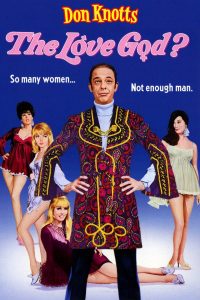 Mr. Knotts’ films were squeaky-clean family fun. However, some mastermind had the notion to put Don in a sex comedy and rate it PG-13.What could go wrong? Move over, Austin Powers, you’ve got competition.

The story begins with risque magazine publisher Tremaine (Edmond O’Brien) loosing his mailing privileges in a court case. Consequently, bird watcher Abner Peacock (Knotts) is also facing the cancellation of his periodical about our feathered friends due to low sales. Unruffled, he sings a montage of bird calls in the local church, ending with cackling like a drunken eagle in front of an unraveled American flag. This ruckus catches Tremaine’s attention, who buys Peacocks mag to circumvent his problem and coyly replaces fowls with birds of a different feather. The magazine makes millions, and the public believes Knotts is the new Hugh Hefner.

The supporting cast of characters are a truly unlikable bunch. Magazine editor Lisa (Anne Francis, a long way away from “Forbidden planet” ) pretends to woo Peacock to keep him from ditching the magazine when he gets cold feet. She kisses him violently then asks him to smack her in the face if she ever tries that again. Knotts thinks this might not be the best course of action, but reluctantly agrees. Actually, for a movie that is purportedly about freedom of speech, a lot of people get belted for speaking up. Trust me, this movie would not get a #MeToo endorsement.

Eventually, gangster Ice-pic Louie becomes publisher of the magazine. He develops the hots for Lisa, and has a tenancy to bash peoples heads against a wall. Remember folks, this is a comedy. While on trial for obscenity charges (another laugh-a-minute premise), Peacock is defended by lawyer Hughes (James Gregory), who lambasts his own client by calling him a filthy degenerate. This causes hot flashes among all the middle aged women in the courtroom. Don’t even get me started on the best bird tracker in town, who makes his appearance being thrown through a window. Pillars of society all.

Peacock soon begins enjoying the life of a pimp, cavorting around town with an entourage of beauties that would even make James Bond flush. Our “Love God” even has his personal doo-wop band to sing his praises. There is one snag in Peacock’s new lifestyle though. He still pines for his childhood sweetheart Maggie, and asks her dad from her hand in marriage. Pop is game, as long as Peacock goes on TV and admits he is “pure.” Unsurprisingly, Peacock is worried that admitting he has never tagged home plate will put a bit of tarnish on his new reputation. What will Peacock do?

Rent The Love God? and find out Peacock’s fate. Just remember, this sure ain’t Mayberry.