Letters to the Editor: What’s missing from the Hampshire College discussion 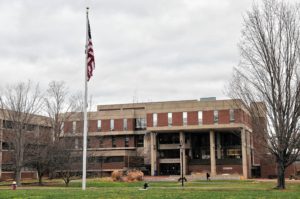 Everything I have read in the papers about the possible loss of Hampshire College has centered on the value of its creative approach to higher education, the progressive social orientation of many of its programs and the value of its faculty and staff. All of these things are important to our community.

We have also had a good deal of exposure to internal debates over the quality of the administration’s response.

What has not been discussed enough, if at all, is the reason for the school’s catastrophic financial problems, which are neither matters of the school’s quality or the administration’s response.

That is the college’s financial plan. Like it or not, Hampshire is not just one of the most expensive colleges in the nation, costing about as much as the private Harvard University and more than the public University of California. Its tuition is over twice that for in-state students at the University of Massachusetts, five miles to the north.

And it is they who have decided that it is even too expensive for them!

Yes it uses a variety of devices to bring in a small percentage of its students at reduced rates. But that in no way balances the fact that Hampshire College’s essential plan is to give a fine and progressive education to a very select group of students — select on the basis of their parents’ wealth.

Though these students deserve a fine education as much as any others, it should not be up to the common citizen to be underwriting the education of the children of the economic elite, at public expense.

Sharing the University of Massachusetts’ library resources is reasonable. Sharing its budget would be a travesty. UMass is already located too far from the majority of the students eligible to attend it in the state. And UMass is far more expensive than most can afford. We need to make UMass accessible to the working class population before we worry about the loss of Hampshire College’s unquestionably fine resources to the very wealthy.

Not much time left for a climate change response

“Support the Green New Deal” (Feb. 26 – Mar. 3, 2019) gets it right. We only have a decade left to prevent “catastrophic” global warming which will cause “global economic collapse” followed by “societal collapse.” (National Academy of Sciences, IPCC, US Climate Assessment 2018).

We must reach net-zero carbon neutrality by 2030 and the Green New Deal is the only plan out there that can meet that deadline. That’s because it will not only rapidly build a clean-energy economy, it also has a plan to actually reverse global warming by supporting best farming and grazing practices that can make our soil a massive carbon sink (yale.edu).

It will also create millions of good-paying, permanent, local green energy jobs (Stanford University’s solutionsproject.org). The GND has “overwhelming support” (81 percent) from voters in both parties (Yale, Monmouth, and George Mason University polls, as reported in “The Hill”).

Rapid decarbonization will add $26 million to the global economy by 2030, just a half-degree increase in warming will cost $54 trillion (IPCC).

We can help pay for the Green New Deal using the Carbon Dividends Act (HR7173), a bill now in Congress which will tax fossil fuel corporations out of existence and giving all that money to the taxpayers, increasing our GDP $75-80 billion annually (REMI). Those fossil fuel corporations knowingly created the climate crisis (Scientific American). Carbon Dividends can also make other nations cut their emissions. See how at citizensclimatelobby.org.