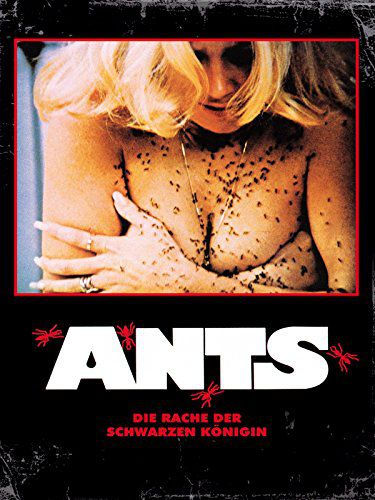 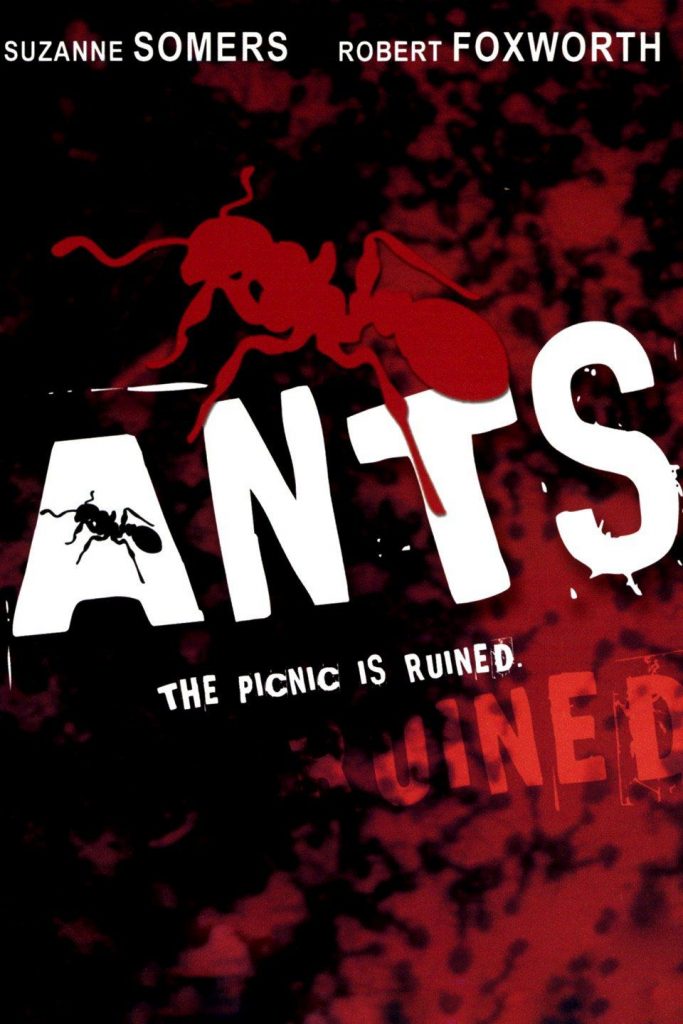 Flashback: Ten years ago, the morning after Christmas. True story. I am on the john at my sisters house when a car barreling down the road hits a utility pole, frying every appliance in the house, including a TV/DVD combo I just received as a present. The car then back flips and flattens two vehicles parked in the driveway. Picture in the Gazette. Insurance company can’t determine how much is my fault(!), and since my TV is 24 hours old, I can only get a shelf model as a replacement.

2019. The DVD finally bites the dust. I dig out my over 30-year-old TV/VCR combo. Desperately looking for something to review, I find a VHS copy of Ants for 99 cents at a local video store. No idea what this gem is, but I’ll bite.

Turns out Ants is a made-for-TV movie from the 1977, when nature-run-amok flicks were all the rage. During renovations at the Lakewood Hotel, two construction workers in a pit are being attacked by ants, then are accidentally buried by bulldozers. Meanwhile, scummy realtor Anthony Fleming (Gerald Gordon) and his ditzy mistress Gloria (Suzanne Somers) arrive with the intention of buying and razing the lodge. They are the perfect couple, as Gloria at one point says, “I don’t just have bubbles, I also have a mind.” Anthony grumbles, “I can’t see it, but I can sure hear it.” Ain’t love grand.

A kid dumpster diving for bottles is swarmed by ants and, in a real corker of a scene, runs amock screaming into the lodges swimming pool. The motel’s cook, clean freak that he is, fails to notice swarms of ants on the floor and succumbs to their biting. Meanwhile, it’s business as usual as Anthony orders Richard to bring him and Gloria two baloney sandwiches. Spare no expense, nothing is too good for his mistress.

Health inspector Peggy Kenter (played by tough-as-nails Anita Gillette) thinks all the deaths are related. Mike flips his lid, and inexplicably decides to bulldoze the crime scene pit. Now is the time for viewers to take a bathroom break. Minutes later, he is still bulldozing. Take another break. Finally, when your bladder is as dry as the Sahara, Mike calls it quits.

Mike’s actions succeed in bringing up hordes of perturbed ants, whose now-toxic bite is fatal, upon the besieged manor. Scores of onlookers watch mere yards away as police try to contain the ants. A rescue helicopter’s spinning blades end up blowing angry ants into the startled mugs of the spectators. Karma never felt so good.

A hook and ladder rescue team is employed, but the hiker girl almost falls off the ladder and the life guard lands on an awning. Realizing these people are idiots, the rescuers wisely back off. The fire department sets up a wall of flame to keep back the ants. Alas, Mike had soaked the lodge with kerosene. Shrewd movie, buddy.

A hazmat crew arrives, and unfortunately our two lovers survive. I was rooting for the ants. My poor VCR combo is in turmoil for having to play this drek. My DVD combo is laughing in its grave. But what the heck, it’s spring, so bring on the ants. Hurrah hurrah.