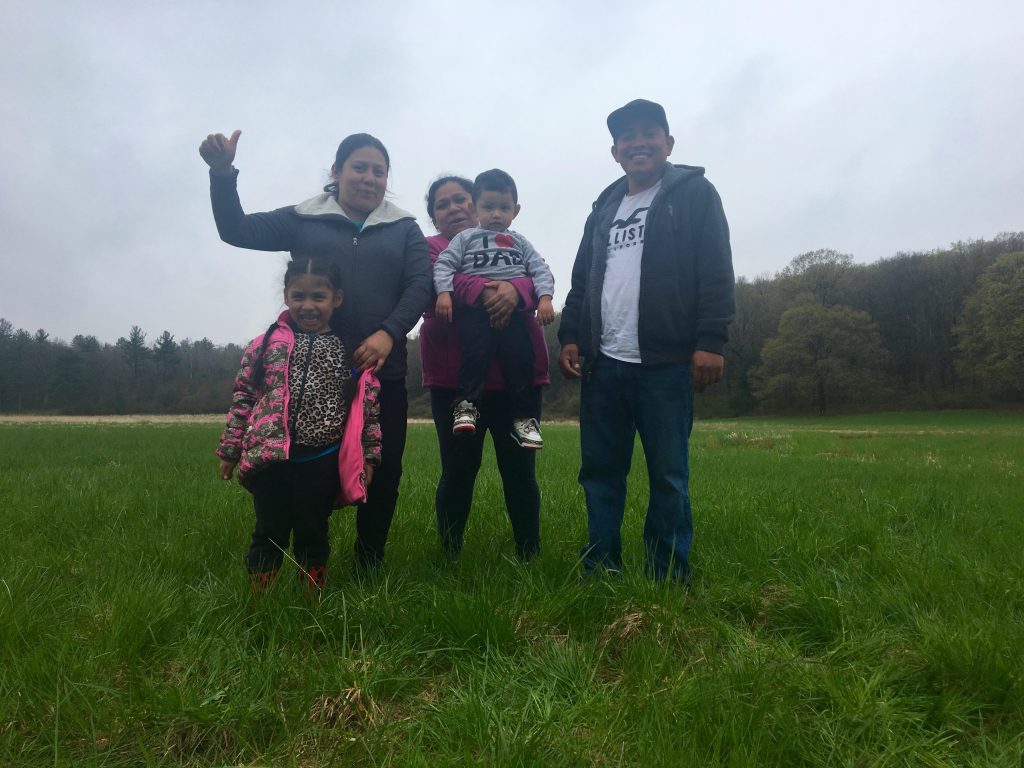 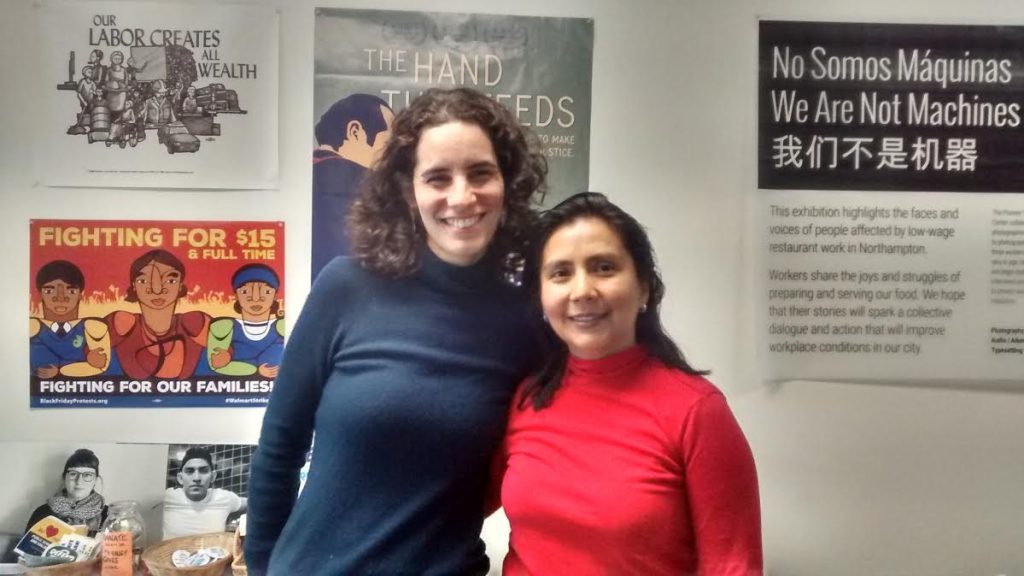 The Pioneer Valley Workers Center (PVWC) plans on breaking ground this week on its planned four-acre worker-run cooperative farm on the border of Hatfield and Northampton. 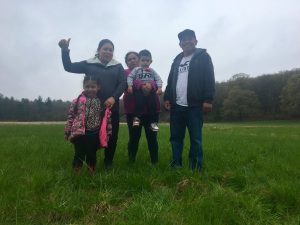 Member of the PVWC farm at the new site before the four acre parcel is plowed to make way for growing. Photo courtesy of the PVWC.

Lorena Moreno, a member of the PVWC and the seven-member farm cooperative, said the hope is that the farm not only will feed members, but also sell fresh produce back to the local community such as corn, beans, tomatoes, cabbage, as well as medicinal herbs.

“Our plans are kind of ambitious,” she said. “We’re looking forward to feeding our members, but to also have some extra to sell and start making some income so we can continue to make an investment for next year.”

The PVWC signed a license for the land with the city of Northampton and the Kestrel Land Trust, which bought the property from the Korza family last spring, according to a press release from the Workers Center.

Gabriella della Croce, a lead organizer with the PVWC, said farming, next to restaurants, is a low-margin industry and it would likely take the Workers Center a while to break even on investing with the farm. However, for della Croce and others at the PVWC, growing fresh produce means much more to them than the financial cost. The farm is a way to create food justice in the Pioneer Valley.

“Many of the material benefits are not monetary,” she said. “Vegetables don’t sell for very much money, but they have very high value because we need them for our health … Our goal is to grow as much as we can. The land is new to us. We’re going to be getting to know what grows well on this soil.”

“I think there’s a movement of food justice that’s very important,” Moreno said. “For me, it has an intrinsic interest for health purposes. I worked in hospitals before and I was very concerned with the health of our [immigrant] communities that work so hard … When they get here, they get so involved with having buying power that they don’t realize how much they disregard their health. I really believe that we can have both.”

Worker-owned cooperatives aren’t new to the Valley. There’s cooperative grocery stores such as the Franklin Community Co-op, which operates Green Fields Market in Greenfield and McCusker’s Market in Shelburne Falls and River Valley Co-op in Northampton. As well, there’s local music shops such as Luthier’s Co-op and Downtown Sounds in Northampton, which recently became worker-owned after long-time owner Joe Blumenthal retired after 40 years of running the business.

The PVWC itself functions as a democratic co-op led by two Worker Committees and a collective of four co-directors and three staff members. As for the farm, it will be run by the seven members of the cooperative, who are immigrants from Mexico and other countries in Central America. One member was involved with cooperatives back in his home country of Mexico, according to a press release from the PVWC. 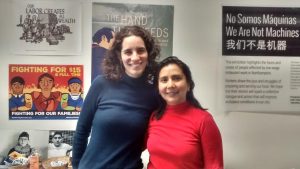 “I think it’s really exciting, both in Massachusetts and around the country, to see there be a lot more interest in forming alternative economic structures that are more democratic,” she said. She recently attended a meeting in Worcester with organizations that support worker-owned co-ops seeking to create a state-wide coalition.

Food justice is a complex issue that includes a lack of accessibility for communities to obtain fresh and healthy food in their communities, whether that’s urban areas with a lack of healthy food options at grocery stores or those who don’t have a lack of transportation options, della Croce said. She previously worked with Springfield-based Gardening the Community, which grows its own fresh produce at urban farms in the city.

“We also have this vision of building a different kind of world that is populated by different economic businesses that aren’t oppressive and don’t steal people’s wages,” she said.