Guest columnist David Daley: Everybody does it? Not by a long shot, Rep. Neal 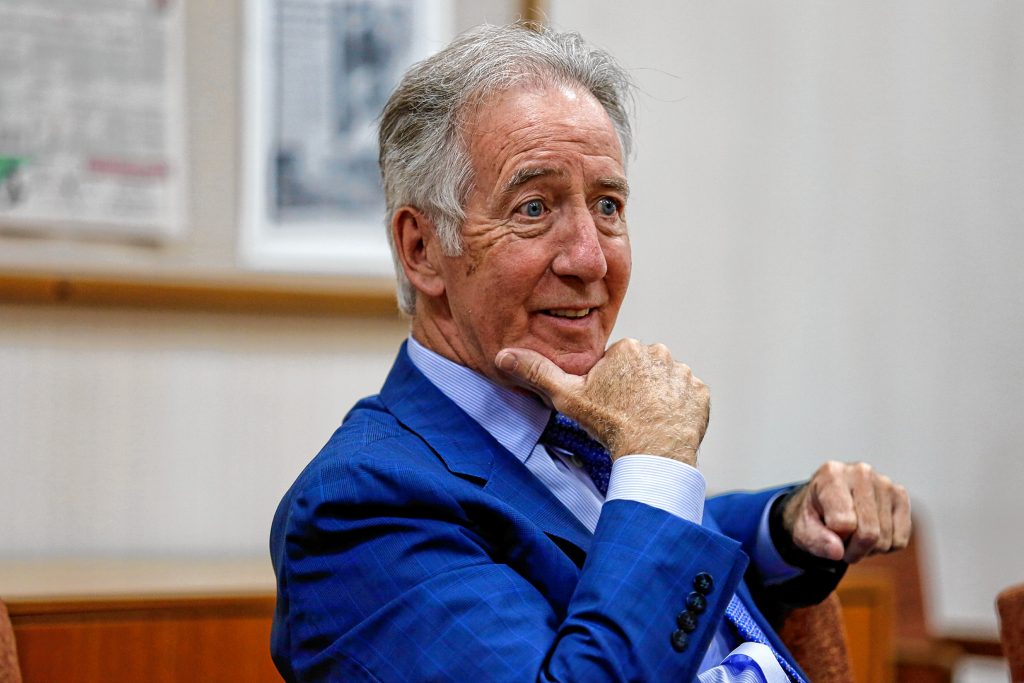 Everybody does it. That’s essentially Rep. Richard Neal’s response to my criticism in The Boston Globe of his pay-for-play fundraising and lavish galas where he’s wooed Washington lobbyists and stuffed his pockets with hundreds of thousands of dollars in campaign cash since his re-election last fall.

The congressman is wrong. Everybody is not doing this. And even if they were, that wouldn’t make it right.

Neal told WWLP-22 that, “if you were to look at the campaign statements of every member of the congressional delegation from Massachusetts, or indeed for those across the country, you’d see the same sort of report.”

So that’s what I did. I went to the Federal Election Commission’s website Monday afternoon and checked out the first-quarter filings from all nine members of Massachusetts’ U.S. House delegation.

Turns out the congressman is very wrong. Neal raised more money during the first three months of 2019 than any other Massachusetts congressman. He raked in $403,000 in contributions, and also transferred an additional $117,000 from his Neal Victory Fund for a total of more than $522,000 in first-quarter receipts. His eight colleagues averaged $185,000 in contributions and $202,000 in receipts. Neal is far off-base: His colleagues do not have “the same sort of report.” Neal collected more than double their efforts.

Neal also spent far more. The congressman and the lobbyists he attracts have expensive tastes. During January, February and March, according to the FEC reports, Neal spent between $1,000 and $15,000 on lavish fundraising expenses at hotels and restaurants 24 times — including $6,600 at a Florida Ritz-Carlton, more than $4,000 at the most elite hotel in Washington, and thousands more at five-star restaurants and boutique hotels in Manhattan.

The other eight members spent more than $1,000 on events just 21 times. Combined. And unlike Neal, none of them spent a dime at any Ritz-Carlton.

But it’s not just where Neal spends his money — it’s who he’s taking it from, and what they want in return.

Neal, when asked by WWLP, dismissed as absurd the idea that this was pay-to-play politics. “Oh, absolutely not,” he said. “That’s nonsense.” The congressman has been in Washington far too long to be that naive. These donations do not come his way because he is a swell guy. It’s because he holds a powerful position on a key tax-writing commission that his donors seek to influence.

They appear to get what they pay for.

Last month, The New York Times identified the 30 most profitable companies that paid zero in 2018 federal income taxes, and in many instances, even received rebates or refunds.

More than half of those companies — 16 of the 30 — donated to Neal’s 2018 re-election campaign, according to the web site OpenSecrets.org and the FEC. For example, Amazon paid zero in federal taxes during 2018, despite earning a record $10.8 billion in profits. The government also awarded Amazon a $129 million tax rebate.

Amazon donated $9,525 to Neal. In other words: They gave Neal more than they helped pay for roads, clean air and the national defense. That’s a pretty good investment.

Everybody does it? In 2018, Neal took more money from Big Pharma — which includes the makers of opioids — than any Democrat in Congress (and the fifth highest total of any member). According to a Boston Herald report this week, the Massachusetts delegation received $40,000 from the three pharmaceutical companies accused of rigging drug prices and taking advantage of cancer patients, among others. One member pocketed $28,500 of those unsavory dollars. Guess who? Richard Neal.

Some of his Massachusetts colleagues, like Rep. Jim McGovern, have completely sworn off all corporate PAC money. Like Neal, McGovern also chairs a powerful committee, but he handles his fundraising quite differently.

And if this isn’t pay-for-play politics, how else can Neal possibly explain his support of a massive giveaway to TurboTax and H&R Block? More than a dozen years ago, anxious that the IRS would develop a free-file system and threaten their profits, those companies offered to develop one on their own for taxpayers who make less than $66,000 a year. It’s been a massive failure, and often works to upsell lower-income taxpayers into expensive paid products they don’t need. ProPublica has reported several stories this spring about how TurboTax and Block intentionally hide the free-file program from taxpayers; TurboTax even went as far to deliberately bury it in Google search results.

Neal, however, steadfastly ignores mountains of evidence — even from the IRS’ own public advocate — that these companies are grifting taxpayers. He calls himself a “longtime champion” of the program. Why? Well, on March 15, H&R Block delivered Neal a $2,500 check. (TurboTax and Block gave him $16,000 over previous cycles.) On April 2, Neal’s committee advanced the legislation that would codify this bad deal forever and permanently prohibit the IRS from developing its own free program. It’s hard to imagine any legitimate reason for his support beyond those contributions — and it’s his own most vulnerable constituents who are exploited in the process.

There’s a price for all this — and we pay it. Neal called my criticism a “cheap shot.” That he’s so thin-skinned about being challenged over his donors, the five-star hotels where he spends his time, how he raises money and how it affects our region — well, it’s indicative of how out of touch he has become.

Cheap shot? The real problem is that the congressman is auctioning our seat for such a bargain.

David Daley, of Haydenville, is the author of the national bestseller “Ratf**ked: Why Your Vote Doesn’t Count.” His journalism on voting rights has appeared in the New  Yorker and The Atlantic.