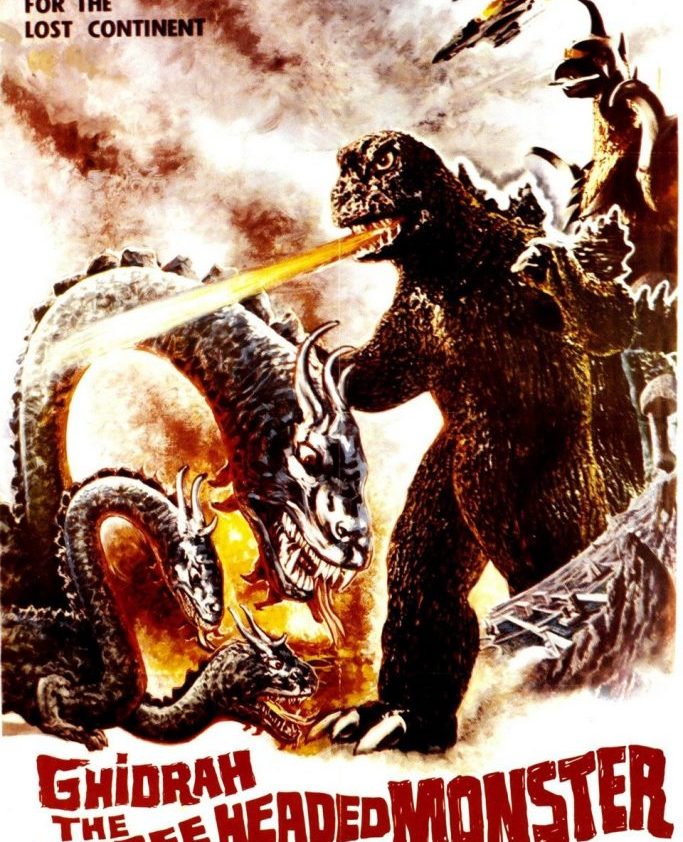 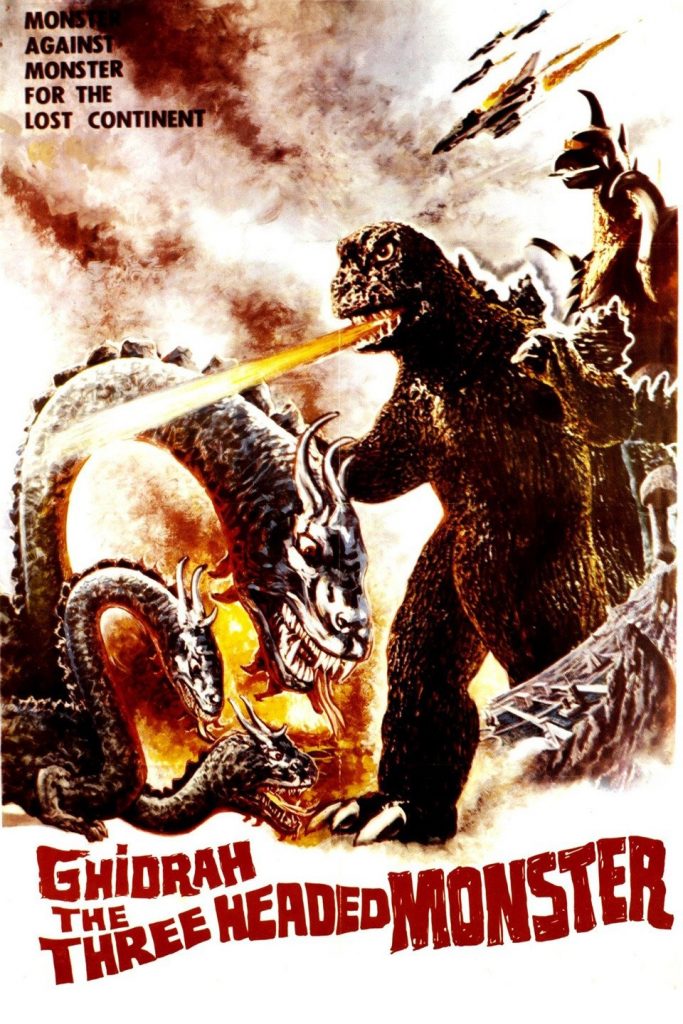 Looks like Godzilla, king of the monsters is falling on hard times. Our reptilian friend’s new movie is having a hard time wooing audiences away from a flick about another prehistoric beast, sir Elton John. Even appearances by fellow cohorts Mothra, Rodan, and King Ghidorah can’t save the day. Were things always this bleak for the Big G? 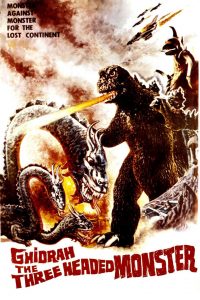 Back in 1965, I was in a Zayre department store in Pittsfield with my parents. For those of you not taking geritol, Zayre was like a Walmart, only cooler. Flipping through the magazine rack, I came across a set of pictures that blew my adolescent mind. The photos showed two monsters fighting: one was a three-headed dragon, the other was a smaller T-rex offshoot. Who were these beasts? Alas, it was pitch dark out and the store was closing, so I was thrust back out into the real world.

Next, my parents got me a Super 8 version of Ghidorah, the Three-Headed Monster. Raise your cane up high if you are old enough to remember these short silent black-and-white versions of films in theatres. I also got The Spider with the tagline “it must eat you to live” — I was on a roll. Then came VHS, and I finally got to see Ghidorah, the Three-Headed Monster in all its glory. Was it worth the wait? Well…

A princess presumed killed in a terrorist attack suddenly shows up alive and claims she is a martian. Cop Shindo (Yosuke Natsukiand) and his reporter sister Naoko (Yuriko Hoshi) are not sure if they buy her story. Meanwhile, assassins are still after the princess to finish the job they botched before. As a topper, the “martian” predicts that Godzilla and Rodan will return from hibernation, and a new monster, Ghidorah, who destroyed the martian civilization, will also appear.

Godzilla, in the early stages of his future puppy dog look, and Rodan, looking more like an inebriated Woody Woodpecker, engage in a good brawl. Ghidorah explodes out of a meteorite. The twin fairies from infant island (Google them) say that Mothra, now in larvae form will help. Mothra attempts to convince the sparring Godzilla and Rodan to team up and tackle Ghidorah, and the movie goes off the rails.

Godzilla and Rodan whine about not wanting to save humans through grunts and growls to Mothra, while the fairies translate their speech in English no less. Godzilla even uses foul language! No, don’t do this to Godzilla! Too late, the shark has been jumped.

Nearby, the princess is undergoimg shock treatment to cure her martian traits, with explicit instructions from her doctor not to turn the electrical dial above 500 or it will kill her. Lucky for the assassins, someone designed the knob to go three times above that. Suddenly the monsters attack, cutting off the power and burying the terrorists under an avalanche of styrofoam rocks.

Mothra, Rodan, and Godzilla tag-team to beat Ghidorah, but not before Ghidora uses his electric ray blast to zap Godzilla in the keister. It gets worse, in a later movie, Destroy All Monsters, Ghidorah zaps Godzilla in the sweet spot. But for now, a pummeled Ghidorah flies away while the other kaiju go home and sleep it off.

Here’s hoping the new Godzilla movie, which I have not yet seen, will restore the king to his rightful status. Go see his new escapades, or else Elton ‘crocodile rock’ John will make Godzilla cry crocodile tears.