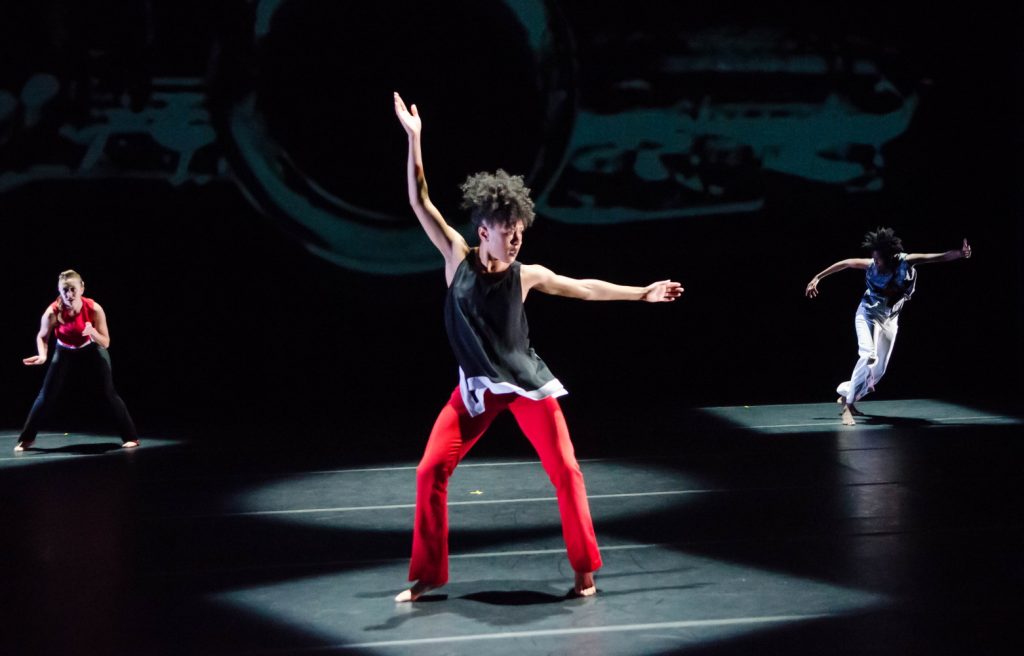 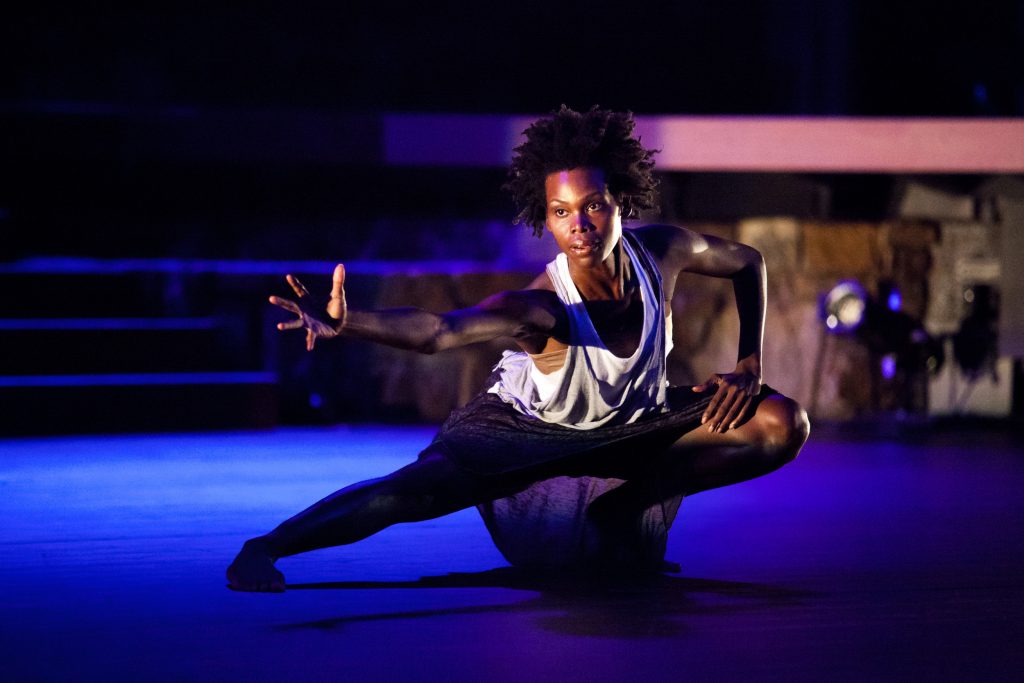 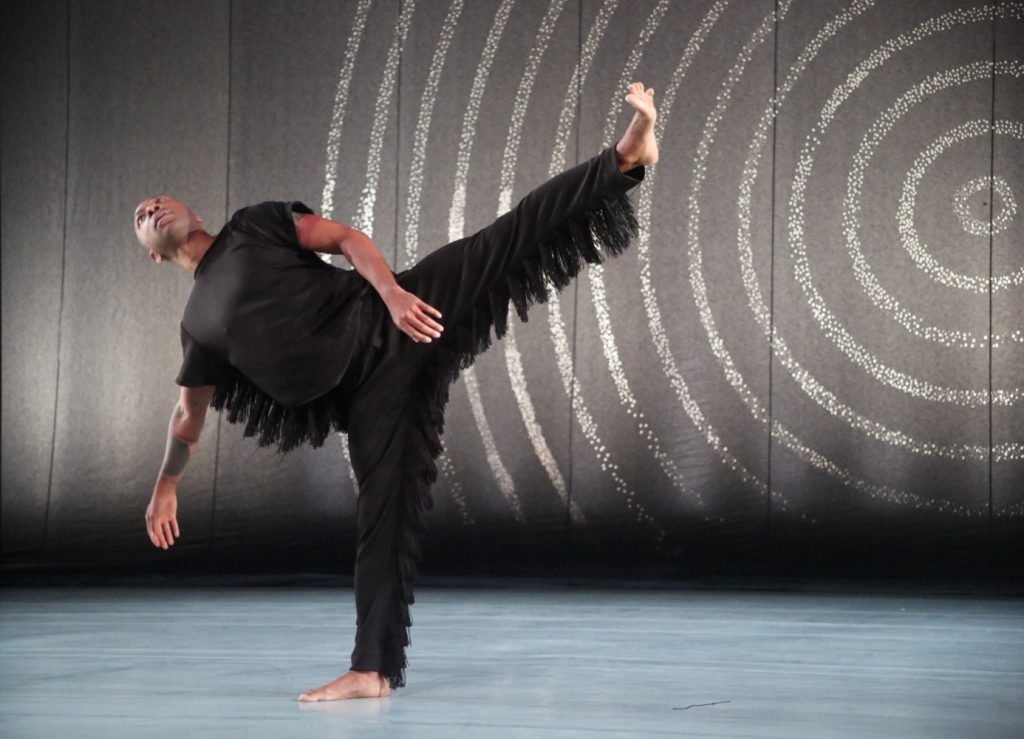 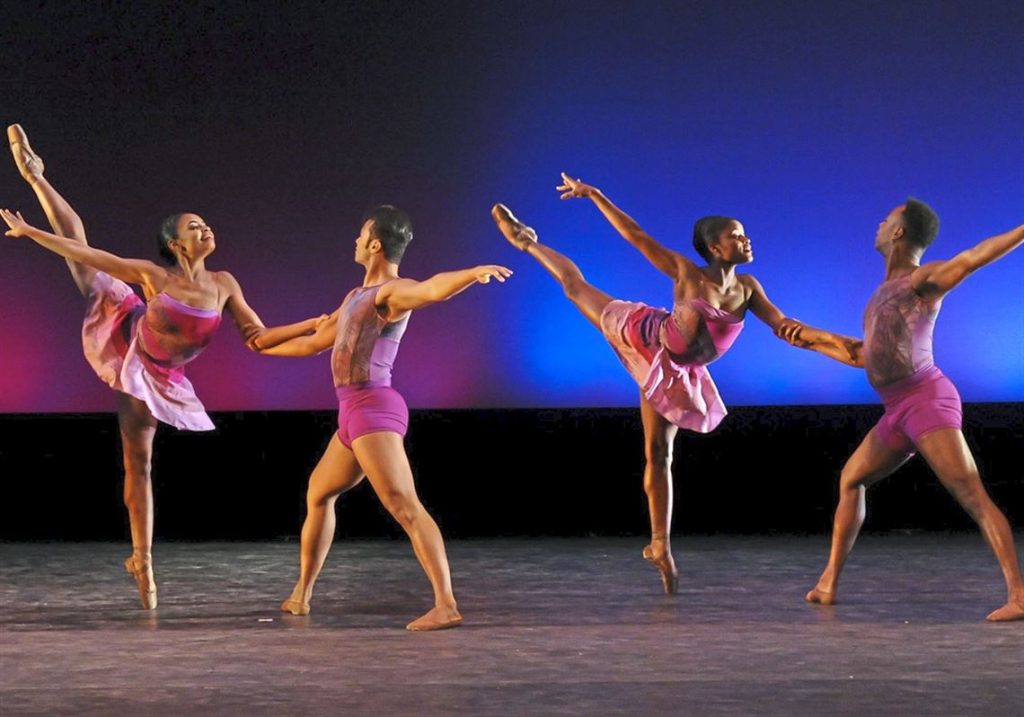 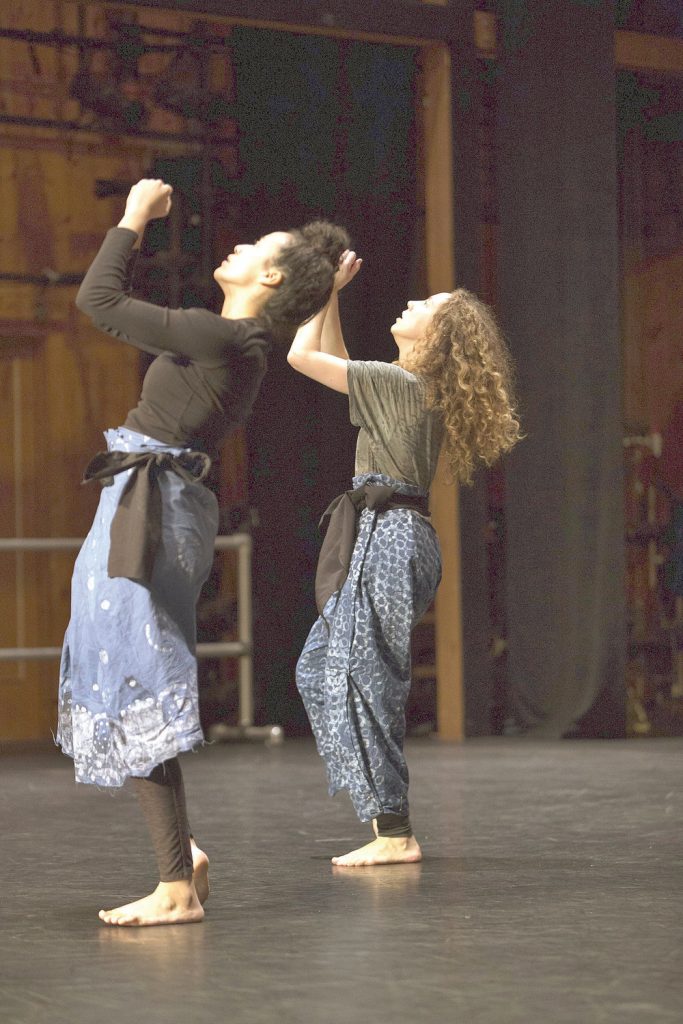 It wasn’t intentional, but thinking back on the programs I’ve seen at Jacob’s Pillow this summer, and forward to one that’s on this week, I realized that every concert on my dance card this year is by African-American-led companies.

Unintentional, perhaps, but not coincidental. As you know if you’re a regular reader here, I take a special interest in theaters and shows that put people of color onstage and in charge. The Pillow’s enthusiastic embrace of a diversity of contemporary dance styles and practitioners is what draws me there.

So far this year, the festival has given us a musical biography, a historical recreation, a milestone retrospective, and a “neo-hip-hop” miscellany. This week the season ends with two companies that embody the Pillow’s contrasts, including my most-eagerly-anticipated dance event of the summer, Urban Bush Women.

Early last month David Roussève/Reality gave us Halfway to Dawn, a celebration of the life and work of Billy Strayhorn, Duke Ellington’s alter ego and the often uncredited composer of many of the master’s classic numbers. Accompanied by a varied, sometimes subversive mix of recordings, and illustrated with biographical text and grayscale projections, Roussève’s exhilarating company breathed heart and soul into a life touched with genius but plagued by sadness.

As I said in my review, “It begins with a joyous joint-is-jumping number that showcases the ebullient nine-member ensemble, which boasts an exhilarating diversity of colors, body types and ages. But an air of loneliness and anguish winds through the piece.” (The classic “Take the A Train,” for instance, was played at dirge tempo.) It was a heartfelt offering of propers to a man and a talent too long in the shadows.

In the same review, I covered a special event that gave a foretaste of a new work by Reggie Wilson’s Fist and Heel company. In this hors d’oeuvre to its Pillow performance, the multiracial outfit took over the historic Round Stone Barn at Hancock Shaker Village, outside Pittsfield, for a brief eclectic number called they stood shaking, while others began to shout. It was an imagined reconstruction of what worship might have looked like in the 19th-century Shaker communities that harbored black members, both free and enslaved.

Just as Billy Strayhorn’s place in jazz history might have surprised some folks, the fact of African-American Shakers came as a revelation. Wilson’s description of his style as “post-African/Neo-Hoodoo” came alive in a fusion of movement inspired by Shaker, Black Baptist and Yoruba worship traditions, filling the straw-scented barn with Wilson’s trademark “clapping and stomping, shouting and hollerin’, and manipulation of energies.” 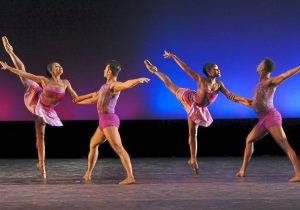 This year’s appearance by the Dance Theatre of Harlem celebrated the company’s 50th anniversary and the vision of its co-founder, Arthur Mitchell, who died last fall. Created as a stage for dancers of color who were shut out of the establishment ballet theaters, the multiethnic troupe has expanded not only the boundaries of who “gets to” dance professionally but the definition of ballet in the modern era.

The commemorative concert, in both style and substance, seemed the least boundary-breaking of the season’s offerings. The four pieces, which ranged from DTH standards to a new commissioned work, also ranged, in my view, from conventional to unconventional-for-its-own-sake, and the performances seemed the most careful and least carefree of the troupes I saw.

Boundary-breaking would certainly apply to Kyle Abraham’s company, A.I.M (formerly Abraham In Motion), making its sixth Pillow appearance and its first on the hallowed mainstage. (In a curtain-call speech, Abraham acknowledged the “honor to be on this stage, oozing with history and dance lineage.”) While Abraham’s unique style is rooted in ballet, it owes so much to hip hop and club dance (and to musical tastes running from classics to Prince) that formalisms meld into audacious new tropes. 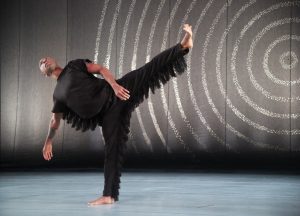 All nine members of A.I.M are thrillingly audacious dancers, but for me, two small pieces highlighted the five-part program. In the achingly poignant “Quiet Dance,” three women moving in perfect synchrony, independent of the music and even in silence, counterpointed a lonely fourth dancer, accompanied by Bill Evans’ haunting jazz piano on “Where Did All the Time Go?” from Leonard Bernstein’s On the Town.

“Indy,” Abraham’s tour-de-force solo, showcased his full range of technique and expression. A club-scene opening, vogueing and flirting with the first row, gave way to the most sinuous and fluid slow motion I’ve ever seen, and then to balletic leaps and turns that stunned with their speed and intensity. The closing sequence, beginning with reflections of young Abraham’s insecurity and panic, developed into perseverance and resolve, then bled into the terrifying final image of this lone black man, shadowed against an enormous target.

This closing week of the festival (Wednesday-Sunday) Boston Ballet appears on the mainstage with a classical/contemporary mix that goes from Bach to rock. And the intimate Doris Duke Theatre hosts Urban Bush Women, the ensemble of women of color that brings diaspora-based dance forms to illuminate diasporic themes and stories. Here, in a mirror of David Roussève’s tribute to Billy Strayhorn, UBW channels jazz giant John Coltrane. 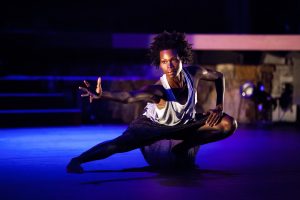 Walking with ’Trane is an evening-length piece dedicated to the ultimate sax explorer’s art and life. Its two parts, titled “Side A” and “Side B,” give a nod to the vinyl medium of Coltrane’s iconic album A Love Supreme, which the program’s “B” half is based on. The concert has been called “a vision of improvisation in motion, seemingly spontaneous and yet carefully choreographed,” and “more than a tribute to a jazz icon … It immerses the audience in what it is to be an artist.”