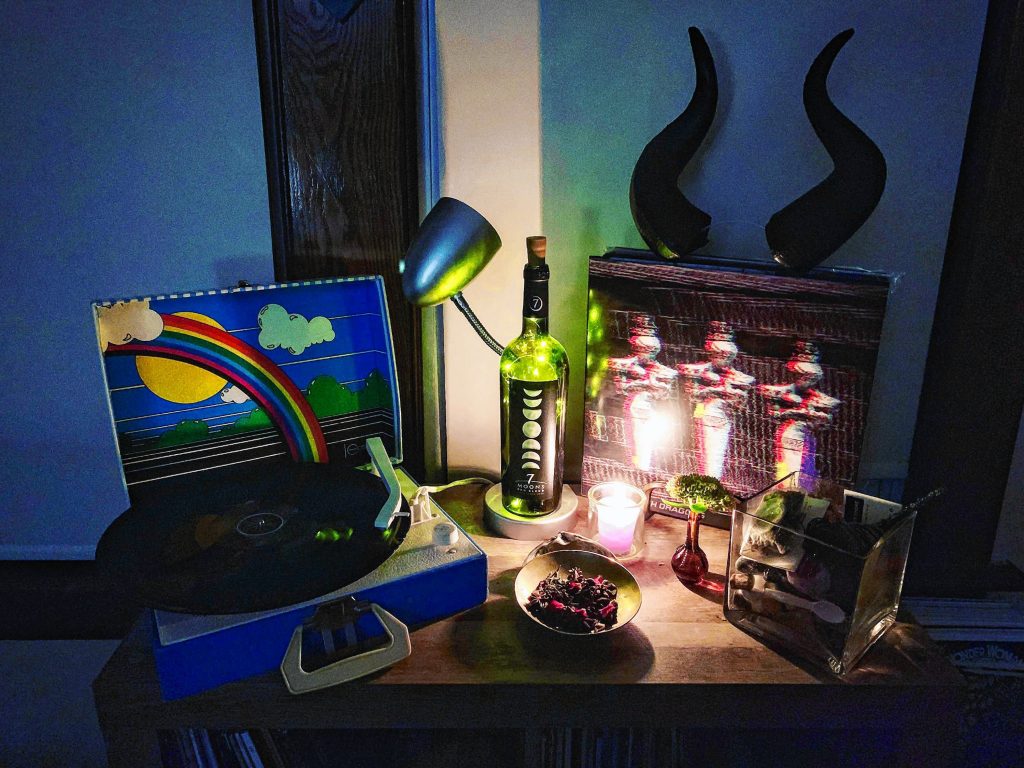 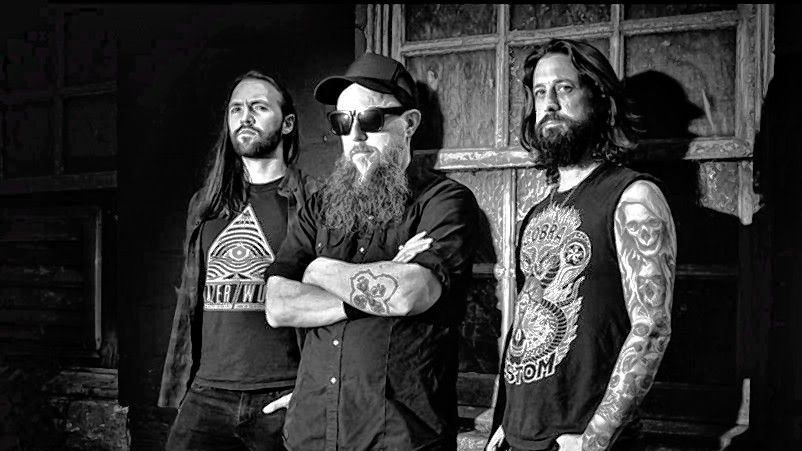 “Yo Jenny!!!!” I saw on my phone screen a couple months ago from Easthampton musician Robert Ives. “Want to do a review of new unreleased PWD album?”

“Um, duh!” I responded. I’ve been a fan of the doom, stoner metal band Problem With Dragons for years. Listening to them sends me to a whole new sludgy outer-spacey realm, where I visit frequent with each new release.

The musical project was formed by Ives and bassist, Joe Magrone in 2007. Since then its birthed two studio EP’s and their third studio LP, Ascendant, was just released late last month. Sadly, Magrone passed away last May and was unable to see the outcome of the album. Inscribed on the back of the record states, “This album is dedicated to Joe Magrone. Long live the fighters!”

I listened to about three quarters of the album on my phone through its shitty speakers and stopped. My preferred way to listen to music is on vinyl through my little vintage suitcase player. I know, super snobby, huh? Ives had said a limited run of vinyl would be available at RPM Fest … I held out until I picked it up there.

The thick layer of sludge that emerges from this album paves a path to your very own personal ride to space. To pick a favorite track is hard. 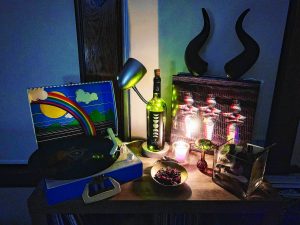 Side A: The opening track, “The Omicron” immediately starts the vibration of your energy cells and the animalistic grunts at the end just fit so perfectly. “Moon Ritual” has some groove parts and the ritualistic chants arose goosebumps on my arms. I dig just about everything about “The Reptilian Eye” — the drums are heavy and powerful and the guitar riffs pull you in and throw you into a trance-like state. “Too Terrified” is a short track that definitely tells a tale of the modern-day world. “Comply and Ignore” starts heavy and angry then towards the end, it shifts into more of an at-peace sound. It took me a minute to snap out of the track when I heard the needle hit that static area.

Side B: The title track “The Ascendant” begins with wailing, screaming guitars and a steady drum beat. The song continues with alienish riffs, and warish vocals. “Implant” jumps around in genres and I love every bit of it — especially the groove and the catchy lyrical verses. When 1:59 track “Here’s Condemnation” hits, I wish it were longer. It’s a song that reminds me of a rally song, to get your adrenaline pumped. Robert deepens his voice, which is soothing, terrifying and absolutely fitting. “Apocalypse of Baruch” is heavy and I can picture how awesome this song is when it’s performed live. The ending track, “Faults De Massif” continues that flow of doom, sludge and groove metal that had lingered throughout and that out-of-worldly feel sadly comes to an end … with the last few seconds of distortion, then an abrupt silence.

Valley Show Girl: Can you tell us the story behind the album — any specific theme or concept?

Robert Ives: The album is 10 songs chosen from approximately 25 songs total. These songs were recorded over the course of three-and-a-half years. Some songs were written as long as 10 years ago. They include themes ranging from having alien implants to summoning an actual demon; biblical topics to climate change; military life to information about star constellations; life in a hologram to geology; war profiteering to reptilian conspiracies and of course Ascending.

VSG: Throughout the years, there have been different lineups for members of the band. Can you give us some insight on the current lineup for PWD?

Robert: On bass is Ben Licata — one of my best friends. He has played in numerous Western Mass bands such as The Strippers, Fistah, Unicorn, and The Probates. He was the logical first choice for bass as he was one of Magrone’s best friends, a bass player, and a PWD fan. Ben loved Magrone. Ben also knew the material better than I did at the audition. I’m glad he’s taking the time to work on this stuff and go out rocking. Ben also is a tattoo artist at Oxbow Tattoo in Easthampton. Check out his stuff!

On guitar (yes, guitar) is Joe Nickerson. I suppose we needed another Joe in the band if only to make things more confusing for everyone. We (Ben and I) have been calling him J5. J5 is a longtime friend and I believe a big PWD fan. He plays in the internationally known thrash metal band Lich King and also a band called Asystole. J5 also knew the material better than I did at Audition.

J5 originally tried out for bass but I was unable to find a drummer so I suggested him on guitar, Ben on bass, and me on drums. So yes I’m on drums and vocals. It is not easy but I was not left with any choice if I wanted to move forward as a band.

Ben and J5 have been extremely motivated and helpful during this whole process. They are truly great dudes and I look forward to rocking with them a lot more.

VSG: How was it to produce this album without Joe (Magrone)?

Robert: Joe would just play his parts effortlessly (after learning them in mere minutes), throw empty beer cans at me, and smoke all my weed. So it was definitely [a] different process with less cleanup and I have way more doobage left over.

The future is looking eventful for the band. They are set to play Promotorhead’s annual Stoned To Death Fest on October 26 at the Stone Church in Brattleboro, work on a new album is already in the works, and plans for a tour in winter 2020 is being put together. There is still a limited supply of CDs and vinyls of this album, but you can also purchase it digitally. And most importantly, this album and every future show is dedicated to Magrone.