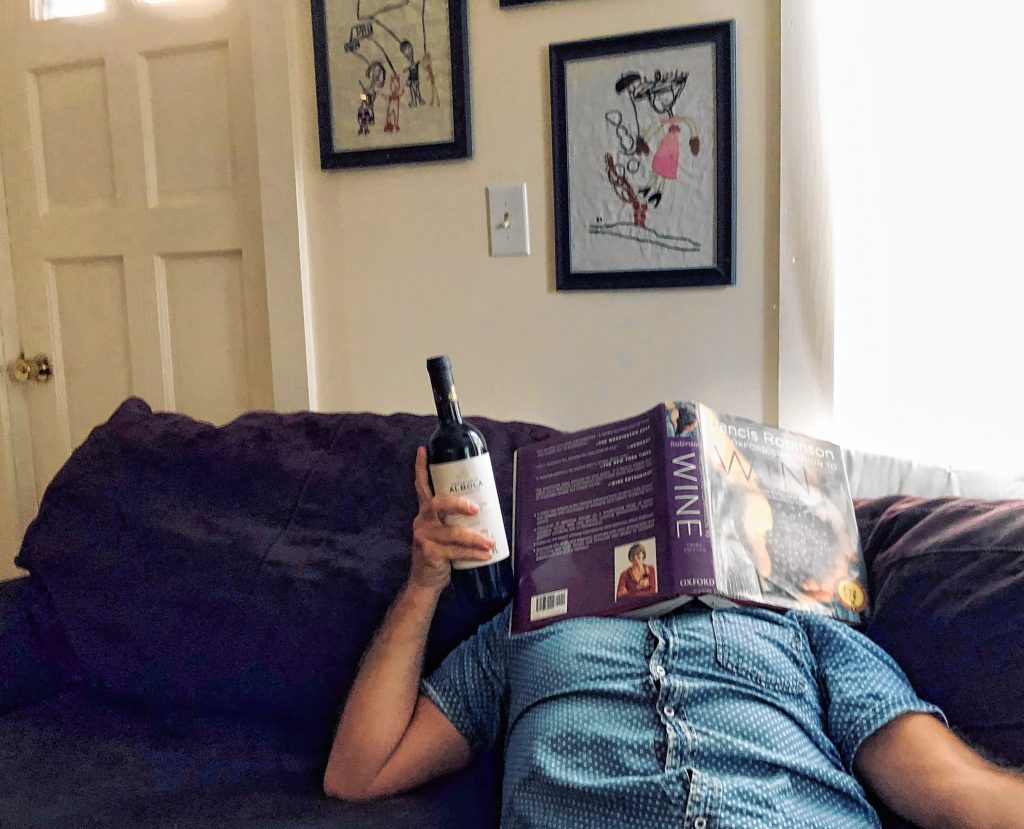 “Write drunk, edit sober,” said someone who is not Ernest Hemingway, although the quote is often attributed to him. It’s bad writing advice. Worse advice is “write drunk, edit drunk.” And I wish I could blame my own editing mistake in my last column on either of those bad pieces of advice. In my column about the shady, tax-free marketing practices coming out of the Granite State, I mistakenly wrote, “I bought a Louis Jadot Macon Village Blanc, which is Chardonnay from Bordeaux.” Two things were pointed out to me by one Scott D. Huff, owner of The Cellar Seller a wine store in Springfield. He commented on Facebook “a okay article however let’s correct one small mistake. Macon Villages is in Burgundy not Bordeaux (and let’s not forget the ‘s’ in villages and just so readers know (sic).” Despite the grammatical errors in his comment, written on a platform where no one should expect you to always be grammatically correct, he was right. And I felt foolish. Saying a Mâcon Villages (and forgetting the “s” and the accent) is in Bordeaux and not Burgundy is worse than a sloppy editing mistake. It was a memory lapse.

I have never had a very good memory. I can remember virtually every mid to late ‘80s television commercial and every line from Bill & Ted’s Excellent Adventure. That’s about it. Everything else stays for a hot minute and then is blown out like a candle. Perhaps that’s why I did pretty well on tests in school but am not what you might call “smart.” My ability to remember is certainly not helped by my 2 a.m. alarm five days a week. Why was a morning radio show my dream job again? Can’t remember. Neither is my memory served by all the wine I’ve been served. But I am not going to let either of these questionable life choices be my excuse. I must do better to remember a simple thing like Mâcon Villages, part of the Mâconnais district, is in Burgundy, not in Bordeaux. It’s the two “B” words and the fact that they’re both in France that fouls me up sometimes.

Knowing details like this is, essentially, nothing more than trivia. It is not a requirement for enjoying wine. But it is a requirement if you truly want to be a wine snob. Watch the documentary Somm and you’ll see things like laminated wine country maps that the master sommelier students have taped up in the shower so they can constantly study the minutiae of each appellation. Sorry, I’m not ceding my shower time to somm studies. I don’t pretend to want to be a sommelier. They are the ninjas of the wine world. But I want to be able to spar with those ninjas. I’ve written previously about the great book, Cork Dork, in which Bianca Bosker writes about her year long journey from casual drinker to Master Sommelier. All she did was study, study, study. Well, drink, drink, drink and study, study, study. I ain’t got time for that. I barely have time to drink! But along the way, and with tips from books like Cork Dork, I have picked up a few mnemonic devices that have helped me remember certain things about certain wines.

In another book I read, Moonwalking with Einstein: The Art and Science of Remembering Everything by Joshua Foer, he writes about creating a “memory palace.” If you want to know the genesis of the phrase, I urge you to read the book. But long story short, one can often remember a list of very specific and yet completely random things by associating said things with mental images. You then place those figments in the memory of a place you know very well — a Memory Palace. Then, you walk through that palace, step by step, remembering each image of each thing in the order where you placed them. When I wanted to memorize the five First Growth Bordeaux wines, I made a memory palace out of “The Wine Bunker” — the office in the basement, deep below State Street Fruit Store, Deli, Wines & Spirits in Northampton. That’s where I learned how to be a wine snob and where I still do most of my tasting.

When you enter The Wine Bunker there is a cow. It is mooing. It has a red shield emblazoned on its hide. This is Château Mouton Rothschild. Mooo-ton. And Rothschild is a family name meaning “red shield” in a German/Jewish portmanteau. Do not look up the conspiracy theories connected to this name. This mooing red shield cow is a figment I have created for my First Growth Bordeaux Memory Palace. Right next to the cow in the doorway is a giant foot with a red shield on it. This is my mnemonic Memory Palace image of Château Lafite Rothschild. La Feet. Again, don’t look too deeply into the Rothschild conspiracy shit. In the corner of the room is Lance Armstrong who, with the help of lots of cheating, won the Tour de France a ridiculous number of times. The third First Growth Bordeaux is Château Latour. At the corner of the desk in The Wine Bunker is my friend, Margo. Hi, Margo! The fourth First Growth is Château Margaux. And there, sitting at the desk, is the woman who first sent me on my journey down the road to wine snobbery. The sadly late former wine buyer for State Street, my wine mother, Judy O’Brien. The fifth First Growth is Château Haut-Brion. Read her name in Irish and then read the wine name in French. It will make sense.

Another handy mnemonic device I stole from sommelier students via the book Cork Dork is the order of the large format bottles. It’s sort of the “My very educated mother just served us nine pizzas” method (LONG LIVE PLANET PLUTO!). The sentence the somms use in the book is “Michael Jackson really makes small boys nervous,” with every first letter of each word standing for a progressively larger format bottle of wine — Magnum, Jeroboam, Rehoboam, Methuzulah, Salamanazar, Balthazar, and Nebuchadnezzar. There is no definitive answer as to why these bottles are named after Biblical kings, other than the fact that we know those dudes loved to drink. I will say it is horrible that we bring in Michael Jackson’s alleged sexual assault victims into a memory device, so I have re-written it. Michael Jordan really made some badass Nikes. That is a statement I feel much better about.

There are also a couple of shorter mind games I use to I keep things in mind, like Bordeaux is divided into two banks — left and right. The left is mostly Cabernet and the right is mostly Merlot. If you read left to right, it works alphabetically. “C” comes before “M.” And the predominant red grapes of the Rhône are Grenache, Syrah, and Mourvedre. GSM. Or MSG. Which could be either Madison Square Garden or the delicious and much maligned salt additive that my Nana used to make her meatballs the most awesome food I ever ate.

No one, save a few Wine Ninja Master Somms can remember everything. My gentle critic, Scott D. Huff, posted on Facebook that all Mâcon wines were white. He was right that all Mâcon Villages wines are white. But the Mâconnais allow some red grapes. None of us is perfect. I never claimed to be an expert. I just like to drink. When I serendipitously ran into my friend and sommelier student, Chef Michelangelo Wescott from Gypsy Apple in Shelburne, on the streets of Brattleboro with a Wine Bible in his hand, I asked him, right before we tucked into a bottle of Kermit Lynch selected Rhône (GSM), “Got any good memory tricks to remember the specific details of wines and wine regions?” He said, “Côte de Beaune is right in the middle of Burgundy. Côte de Bone!?!?” and he gestured slightly below his midriff. I’m adding that mnemonic device to my Memory Palace.