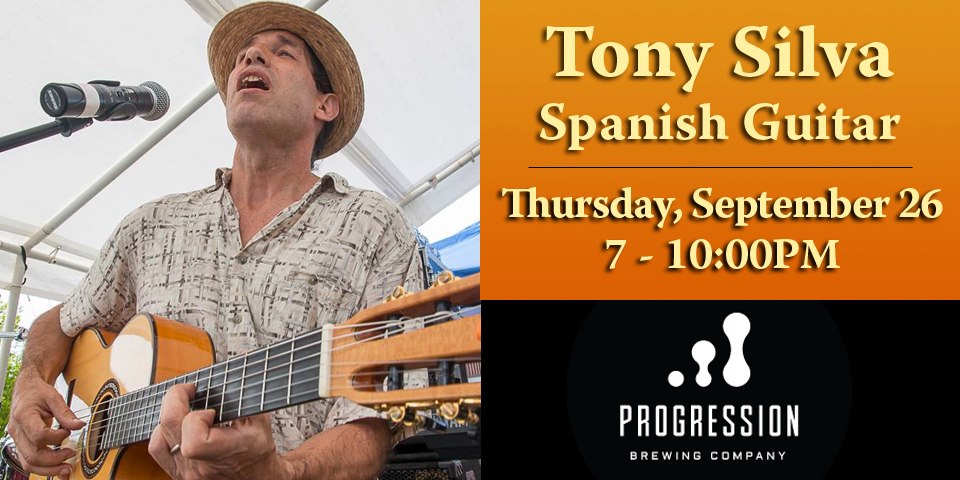 Easthampton resident and phenomenal Spanish guitarist Tony Silva is one of the Valley’s true artistic gems. He’s been playing acoustic guitar for more than 40 years and his influenced by everything from Stephen Stills to classical guitarist Andrés Segovia as well as the music of the Andes Mountains. Silva performs in the Rumba Flamenca style influenced by the Gipsy Kings, but plays a diverse repertoire of music across Latin America. This Thursday, Silva will be performing at Northampton’s Progression Brewing Company where Silva’s traditional Spanish and Latin American music will be paired with local craft beer. Progression Brewing Company, 9 Pearl St., Northampton. 7-10 p.m. No door cover, but make sure to tip your local musicians.

Last year, The Molice played an impromptu show at Bishop’s Lounge on a whim at the request of a western Massachusetts band that discovered them in Brooklyn. Hailing from Tokyo, The Molice has a punk-rock attitude with high-powered songs that light up the dance floor. This trio formed in 2007 and has toured North America, Europe, and Asia. Their sound is supersonic and fierce; singer and guitarist Rinko sings primarily in Japanese while fellow guitarist Yuzuru Takeda supplements with fiery lead guitar and drummer Hirofumi Katsumoto drives the band forward relentlessly. Needless to say, expect a high-energy show. Doors at 7 p.m., show at 8 p.m. $10 advance, $12 at the door. 92 Race Street, Holyoke.

Mile Twelve and Cold Chocolate at The Parlor Room // SUNDAY

A night of bluegrass and Americana is on tap at The Parlor Room in Northampton with two bands whose names alone sound kind of intriguing. Headliners Mile Twelve are, as publicity notes put it, a “fresh, hard-charging young band” out of Boston playing a skillful mix of traditional and original bluegrass. The five-member band has gotten a nice endorsement from bluegrass banjo expert Tony Trischka, who says the group “is carrying the bluegrass tradition forward with creativity and integrity.” Meantime, opening trio Cold Chocolate, also out of Boston, fuses bluegrass, folk and rock for a sound all its own. 7 p.m, 32 Masonic St., Northampton; tickets are $12 in advance and $15 at the door. Doors open at 6:30 p.m.

The Falls at the Far Out Film Discussion // MONDAY

I had the chance to check out the Far Out Film discussions at Forbes Library a couple of years ago and it was a really entertaining way to spend an evening. The format involves discussing a film that all of the participants are supposed to have watched beforehand (check the film out at the library in advance or stream it using your library card on Kanopy. This month’s entry is The Falls by Peter Greenaway, a mock documentary in 92 parts about a fictional mysterious incident called the “Violent Unknown Event” or VUE for short, which left some dead and others that mysteriously develop bird-like qualities. 7 p.m. Forbes Library, 20 West St., Northampton. Free.