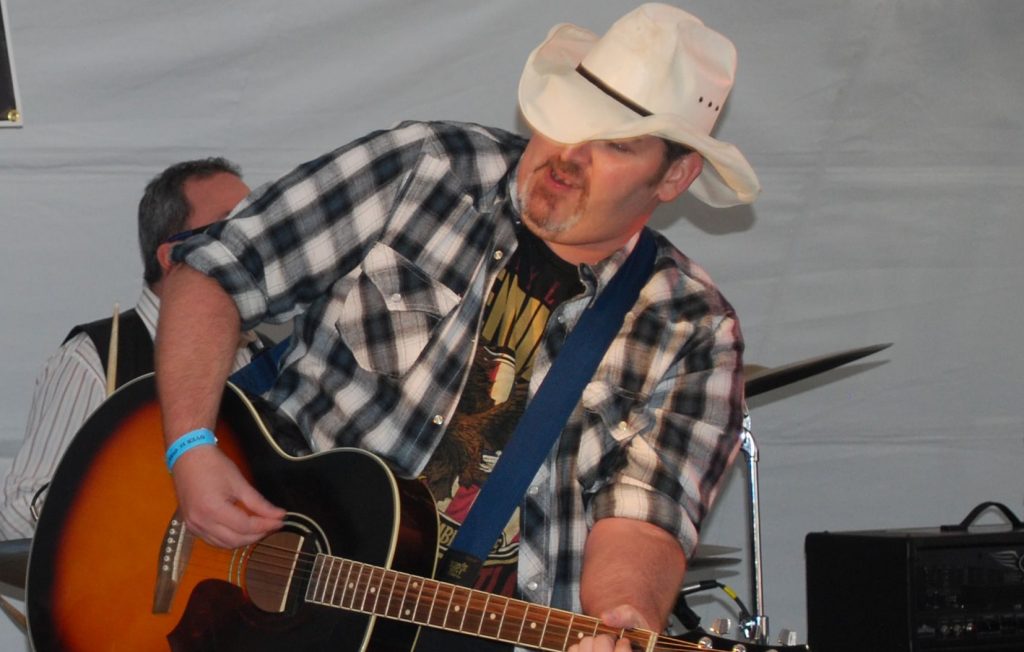 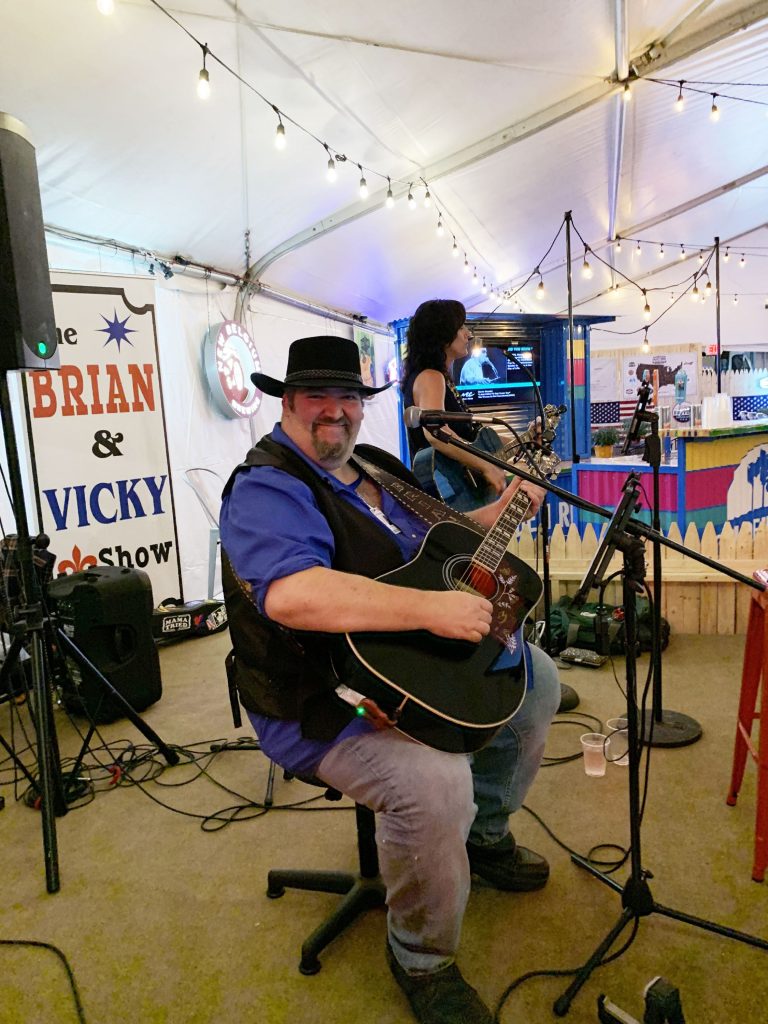 I recently met up with Valley country frontman Brian Chicoine to chat about some cool future projects he’s been working on. A unique benefit show, a solo album and, most importantly, working on bettering his health are just a few things keeping Mr. Chicoine busy these days.

Originally from Connecticut, he spent a good part of a decade living in the country music capital — Nashville, Tennessee — soaking up those ultra country vibes. Although he’s made his home here in the Valley since 2008, you can hear hints of a southern twang in his talking and singing voice. Almost as if he was destined to portray that southern country guy behind a microphone. 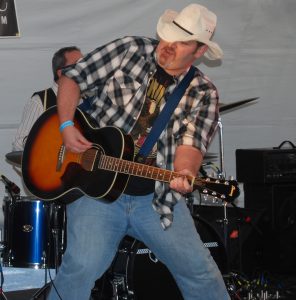 I remember the first time I saw Brian and his band, The Truck Stop Troubadours. It was when the Advocate still did the Grand Band Slams. It was 2010 because I remember being pregnant and I was working the show. When I went up to the stage to take pictures as they started their set, I was blown away. The reincarnation of Johnny Cash and his Tennessee Three right there at a work event! I was an instant fan.

Throughout the years since, I’ve gotten to know Brian and his repertoire. He’s had his Troubadour band since 2003 which started in Nashville, and the Western Mass version has been around since that same year I saw them for the first time. He also plays a Johnny Cash tribute show, Cash is King with a full band, but also a duo show as Cash and June Carter with Vicky St. Pierre. To stem off of that, there is the “Brian and Vicky Show” where the two complement each other perfectly with country and rock covers. And of course the solo acoustic acts that he scatters throughout to keep him busy.

The constant go, go, go came to an abrupt pause in April of this year. Brian spent about a week in the hospital with congestive heart failure. The terrifying health scare shook him for sure, but he became positive about the future.

“Obviously a wake up call, I’ve been known for my legendary drinking days,” Brian told me as we chatted, sitting at the downstairs bar at Poor Richards in Chicopee. “That’s all done, and in a good way.”

“I thought I was going to lose sight of what I was doing with not drinking and with the whole scene,” he explained, “but everyone’s been supportive and I’ve been more focused.”

Brian rested and got more comfortable with his new way of life. Members of his band went off and did their own thing for a bit while Brian took some time off.

“We weren’t sure what the future was going to be with that band,” he said, explaining the limbo of the Troubadours. Once he was feeling more healthy, he had called them up one day. They got together, jammed, and everything was just fine again. “Now it’s more fun, and at the same time, I look forward to playing it,” Brian said after a short break from playing with the band.

In the midst, he kept busy with doing acoustic acts here and there. Mainly playing at fellow acoustic artist Matt Gibbs’ restaurant in Agawam, Catch 1251 Seafood Grill. The Brian and Vicky show had some dates as well. 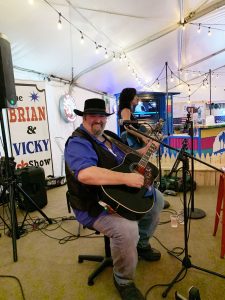 “I refound music I used to do … I love Pearl Jam and all the grunge bands and Hole. You never know what I’m going to pull out now when I do acoustic which is great,” he said. I’d recommend requesting L7 — Brian plays an awesome acoustic version of their hit “Shitlist.”

The next big thing for Brian is reuniting with the Troubadours for their first show in over a year for a benefit show for PTSD military dogs.

“I’ve always liked to do charities. We’ve done homeless charities and military soldiers, and if at any time someone calls — if I’m free — I’m there,” he said.

The show is to benefit NEADS Service Dogs for Veterans. The program matches highly skilled service dogs with veterans with a range of different disabilities that aren’t necessarily strictly combat related. The show is free, but donations are recommended. Brian is hopeful to help raise money for the program and there may be service dogs at the show as well. And, it’s all ages — during the day, 2-6 p.m. — a perfect opportunity to make it a family Sunday-Funday.

Accompanying the Troubadours on the bill are two Valley country bands. Jim Joe & the ‘61 Ramblers have a Northampton presence and they groove that traditional “Ernest Tubb-style” country. Westfield’s Southern Rain have a more modern country style with a female vocalist. Vicky St. Pierre is also scheduled to make an appearance during the Troubadours’ set.

Brian teased that if all goes well, his solo album will make a great stocking stuffer. So be on the lookout for that towards the holiday season.

Jennifer Levesque writes the bi-weekly column, Valley Show Girl. You can reach her at jlevesque@valleyadvocate.com.