Letters to the Editor: How do we get to Medicare for All? 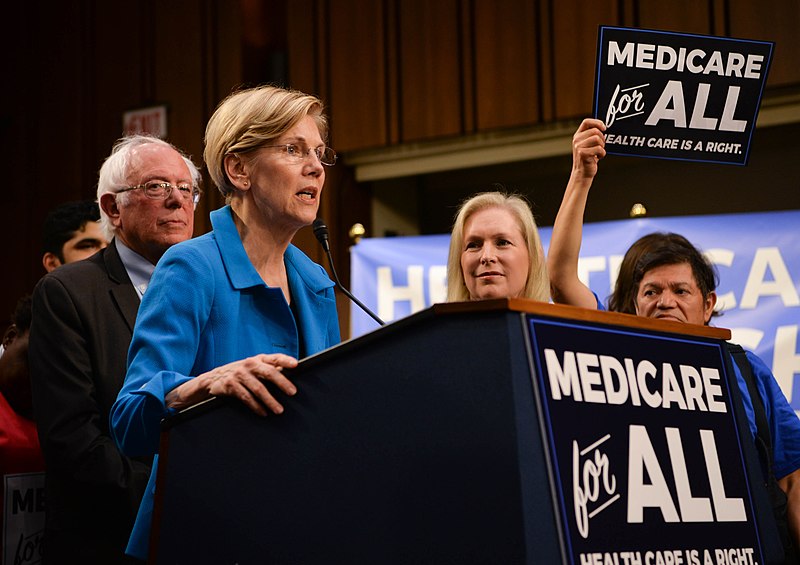 How do we get to Medicare for All?

Medicare for all is certainly the best plan which is why other developed nations have it. There are four sizable expenses that private insurance has to pay that Medicare does  not.

1.) Lobbying Congress and making contributions to political campaigns are necessary. Without them private insurance would have been gone decades ago. They are also needed to keep the rules such as deductibles, out-of-network, co-pays, pre-existing conditions in place in order to avoid paying claims. Sorting out all this paperwork is expensive, too. Also a legal team is needed to help with denying claims.

2.) Dividends must be paid to investors.

3.) Super-salaries run in the millions. In my search of CEO salaries for 10 private health insurance companies I found the lowest to be $42,900,000 for Bruce Brossard of Humana. The highest was $279,300,000 for Stephen Hemsley of United Health Group. Considering CFOs and other executives this is a substantial expense.

Medicare has no expense for lobbying, dividends, super-salaries, or advertising. Plus, Medicare has an additional revenue stream that private insurance does not. All workers paying payroll tax by law (Social Security and Medicare) pay into the system. The Medicare tax is .029% on gross income. If you make $500/week you will make a Medicare payment of $14.50/week.

The Sanders/Warren plan of “Medicare For All” cold turkey may be a mistake. Trump will certainly spin it as Democrats taking away your health care, if he is still around. It could cost the election. A better way is to reinstate the public option (Medicare) into the ACA. It won’t take employers too long to figure out that $134/month is better than $700/month and the insurance is better, more reliable and hassle free. The cost of $134 may go down when younger healthier people start to enroll. In a year or two we will have Medicare for All. Private insurance is for profit and all those expenses must be met by premium payments from us. Medicare is non-profit. It is for public health only.

It has taken us a long time. Truman first tried to create a national health plan in the forties when Europe was putting it in place. The ACA in 2010 was a big step forward. We might actually get it now in 2020 if we do it right.

They gave him the runaround over the roundabout.

So true, and it is so the wrong decision. Should have been left to the city to plan, no one wants ignorant Boston bureaucrats imposing their ignorance on what clearly is a less than wise design, when they don’t live in our area.

Short memories, folks? A decade ago people organized to stop a massive, new, four-way highway ramp proposal at the site. There was a ton of public discussion, and the idea got canned. The concept of lane modifications and an eventual roundabout was seen as a huge relief when compared to the alternative.

Hunter’s OK; others may not be

Thanks for printing Ms. Genevieve Fraser’s letter in support of Hunter Biden. She took the time, as many have, to research his education, experience, and background. She correctly concluded this man is well qualified for the position he held (developing corporate reform initiatives) on the Burisma board of directors. But if we’re now going to start denigrating people because they’re related to famous and/or well-connected politicians, I suspect there’ll be a long line of individuals who lack adequate credentials for the jobs they hold. Including some running U.S. foreign policy without a security clearance.